Everybody loves going to the bar because beer from the tap because it tastes delicious. This guy figured that beer would taste much more delicious in his own house, so he built a tap in his kitchen.

Before starting his project, averagejones already had a basement refrigerator with a single keg. At any given time, it held beer or soda — not both. Worst of all, he had to walk downstairs to pour a drink! 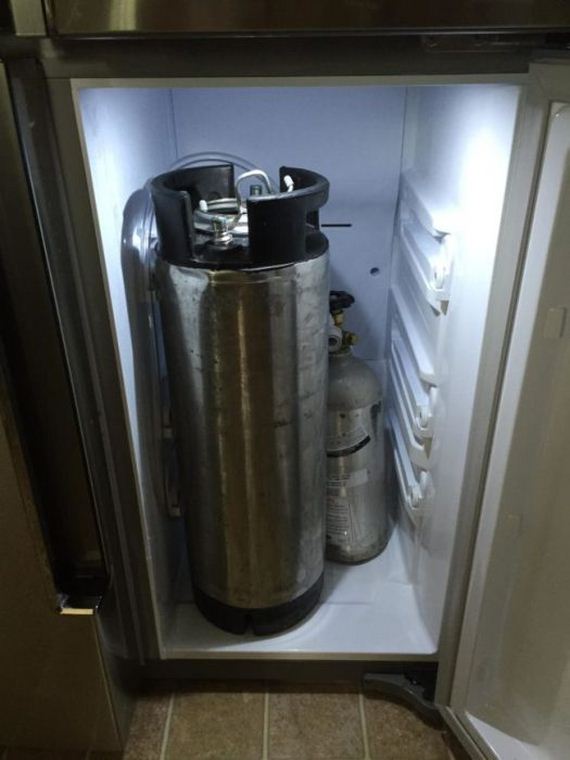 There was a small space for taps in the kitchen, but with young kids in the house, he didn’t want to put in a huge fridge or kegerator. Instead, he commissioned a barrel worker to cut an old wine barrel in half. 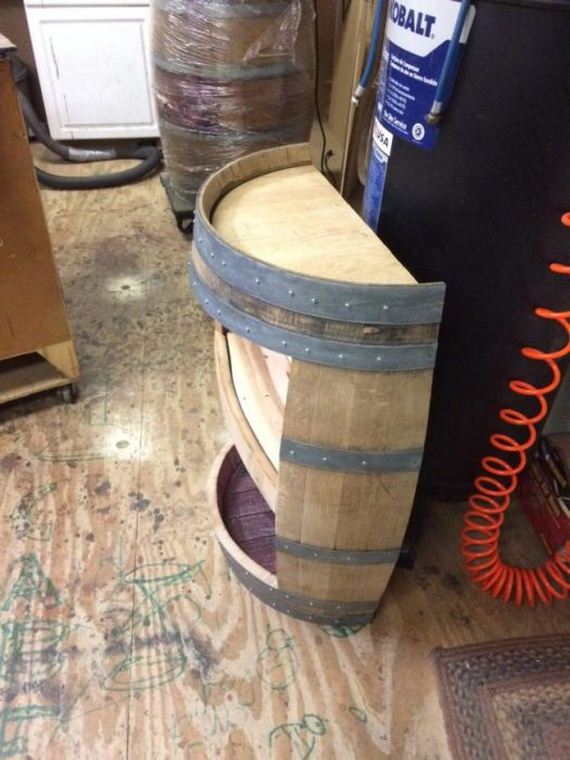 After a coat of finish, it was ready for its new home in the kitchen. Now came the hard part. Would he actually be able to run keg lines to the basement? And if he did, would he be able to figure out the right combination of gas and pressure? 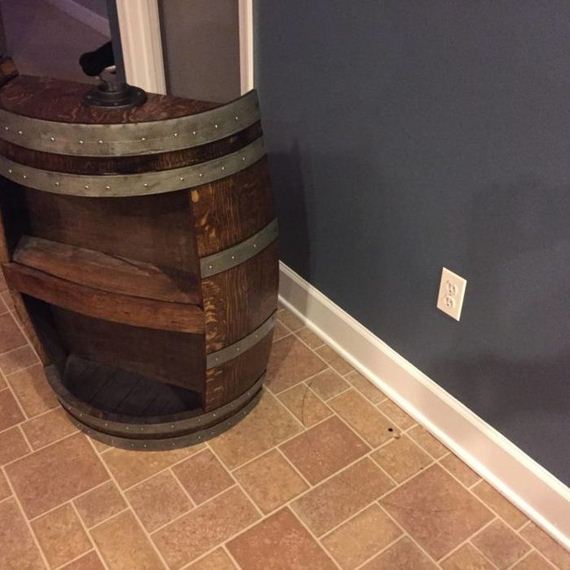 There was only one way to find out: Drill a hole! 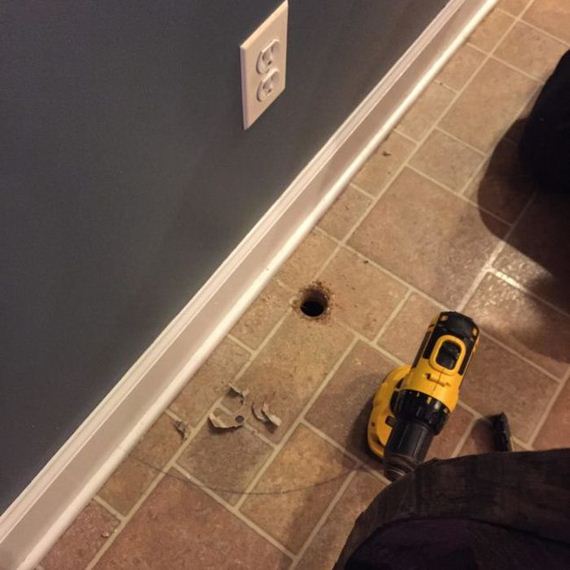 A little later, averagejones dropped his first line into the basement… 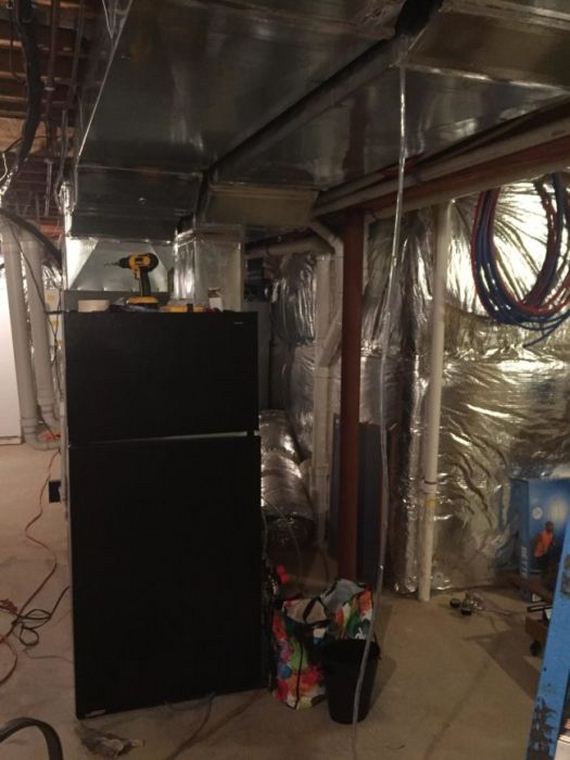 …and attached it to his keg. He also drilled several holes in the fridge to ensure that his drinks stayed cold. 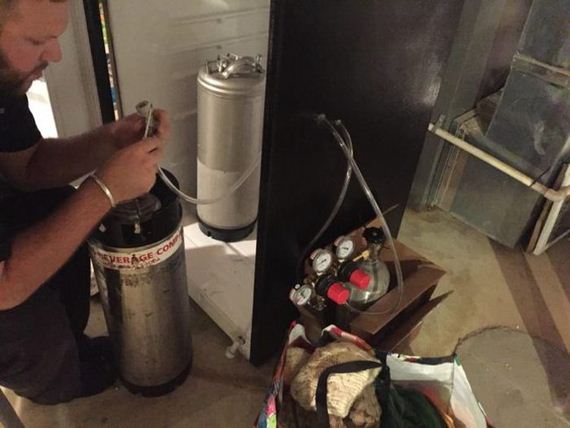 Now for a test! He hooked up his tap and poured a drink. It worked, but it was still on the floor. 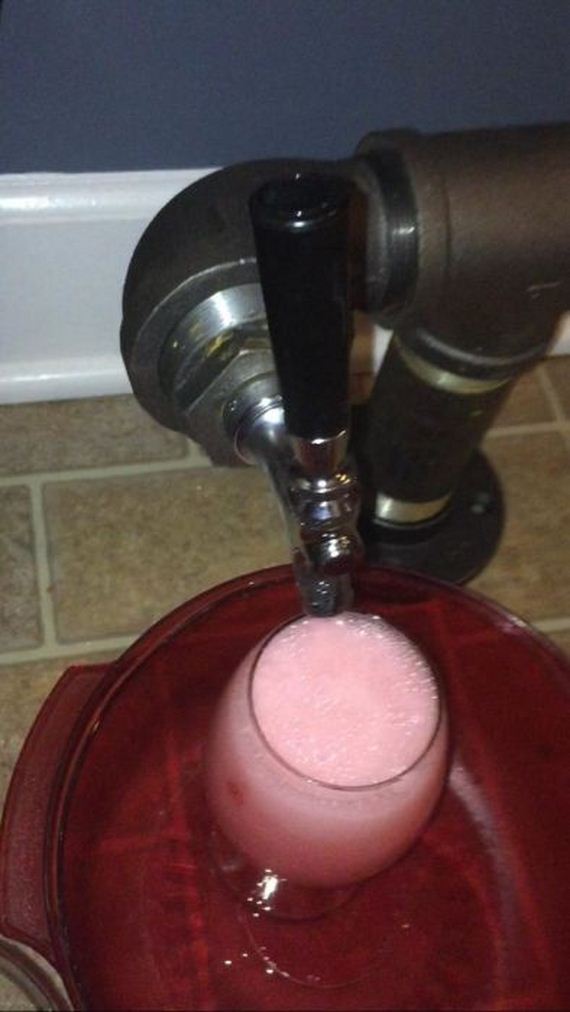 Time to drill another hole! 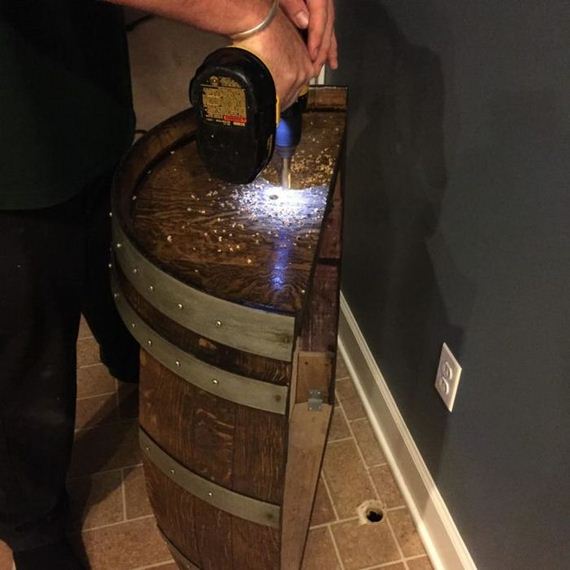 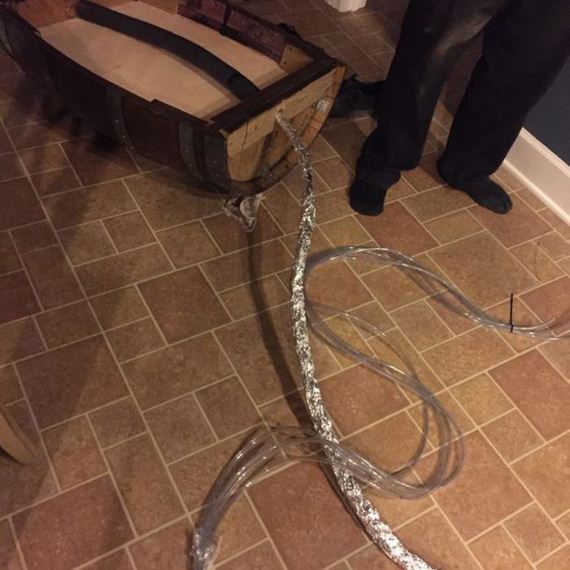 …and the iron taps were attached. 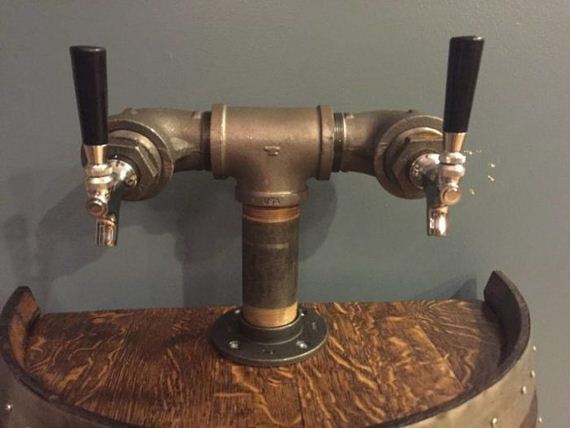 The finished product is stunning, but best of all, it’s fully functional. Now averagejones and his family can enjoy tap soda and beer in their very own kitchen. 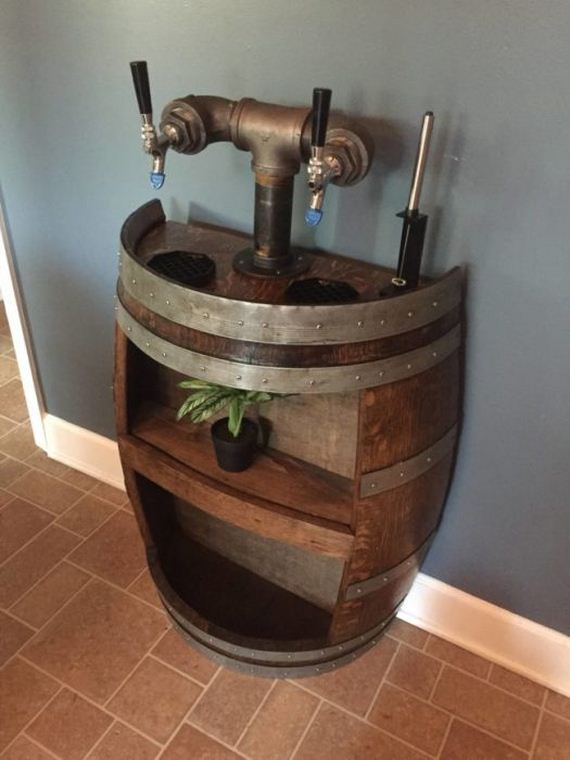 In celebration of the completed project, he poured an IPA and drank it by the fire. Life doesn’t get much better than that! 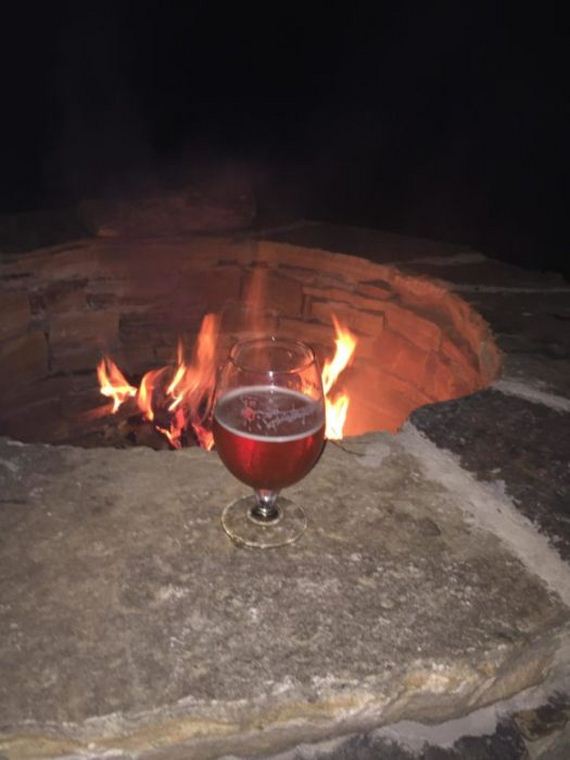