Guy Shows Another Perspective Of Gender Norms Throughout History

Michael explained how gender norms and fashion choices that were seen as ‘masculine’ and ‘feminine’ have changed over time. 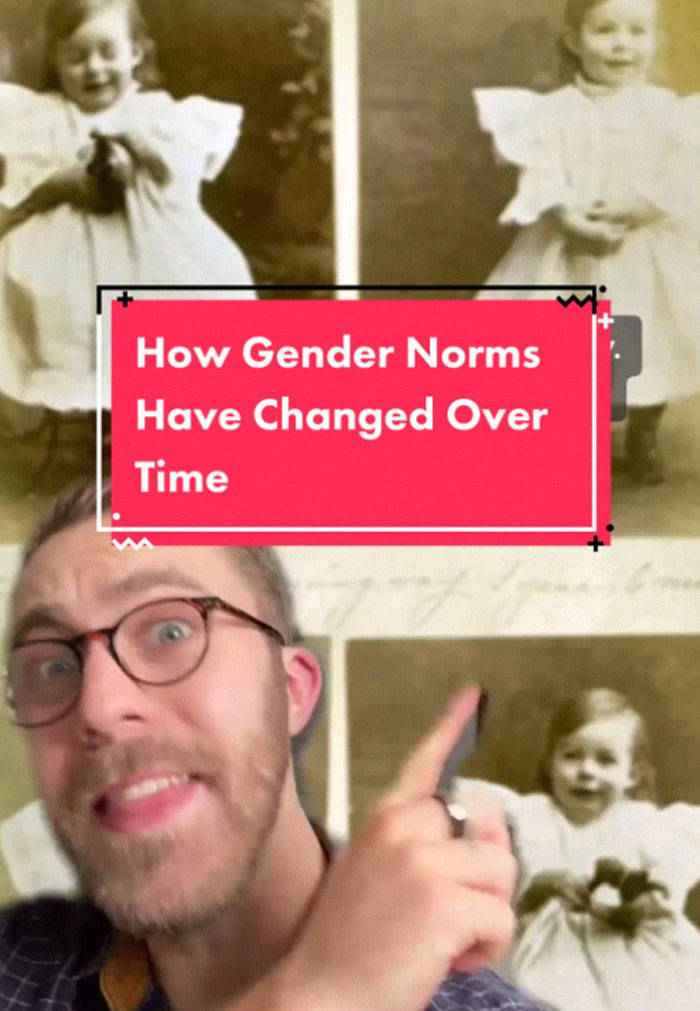 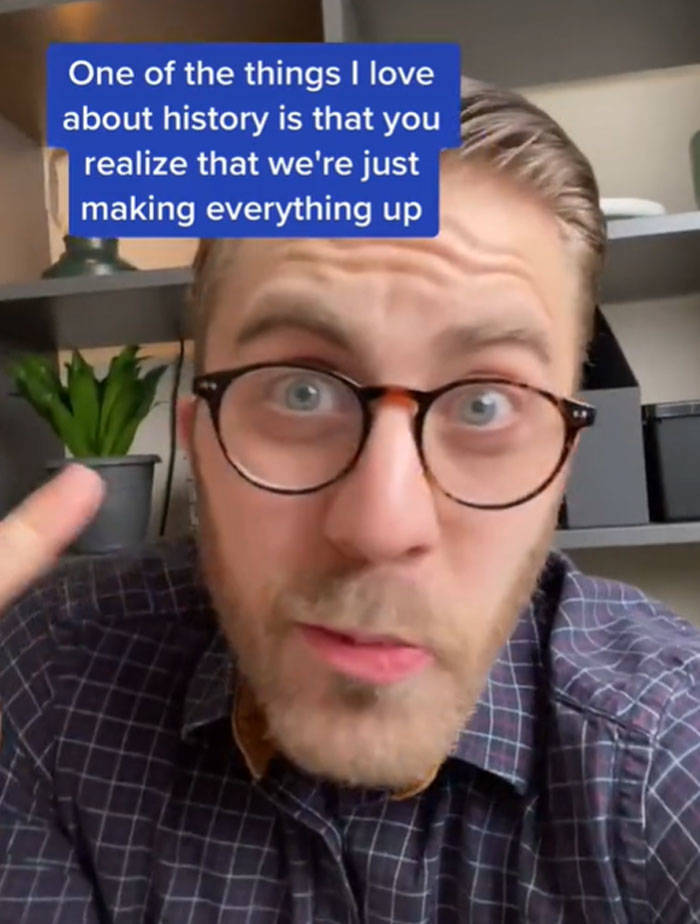 The Smithsonian Magazine points out that “the march toward gender-specific clothes was neither linear nor rapid.” Both pink and blue-colored clothes, along with other pastels, were used for babies’ clothing in the mid-19th century. However, it wasn’t until the First World War that the colors became assigned to specific genders. In 1918, it was the general view that pink was a color meant for boys while the more “delicate and dainty” blue, according to one publication by Earnshaw’s Infants’ Department, was meant for girls.

The trend to dress boys up in pink continued. In 1927, Time magazine suggested that parents do just that. Things changed in the 1940s after manufacturers and retailers began establishing styles. Historian Jo B. Paoletti from the University of Maryland told the Smithsonian Magazine that “it could have gone the other way” very easily.

Opinions toward gendered clothing began shifting once again in the 1960s and 1970s as the women’s liberation movement gained more and more traction. And then they changed once again in the 1980s as some mothers “rejected the unisex look for their own daughters” after having grown up without feminine clothes and styles themselves. 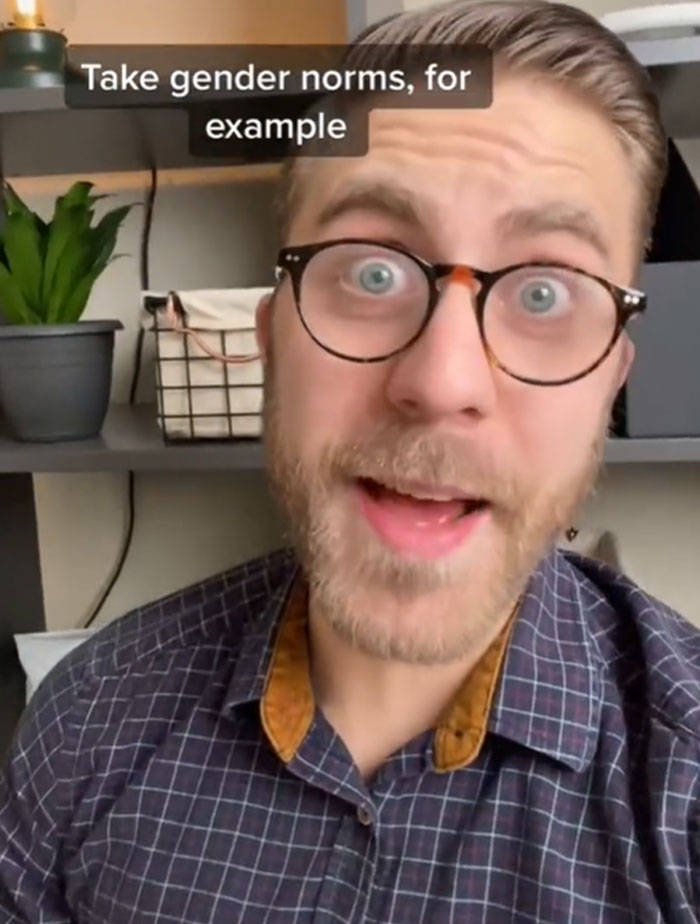 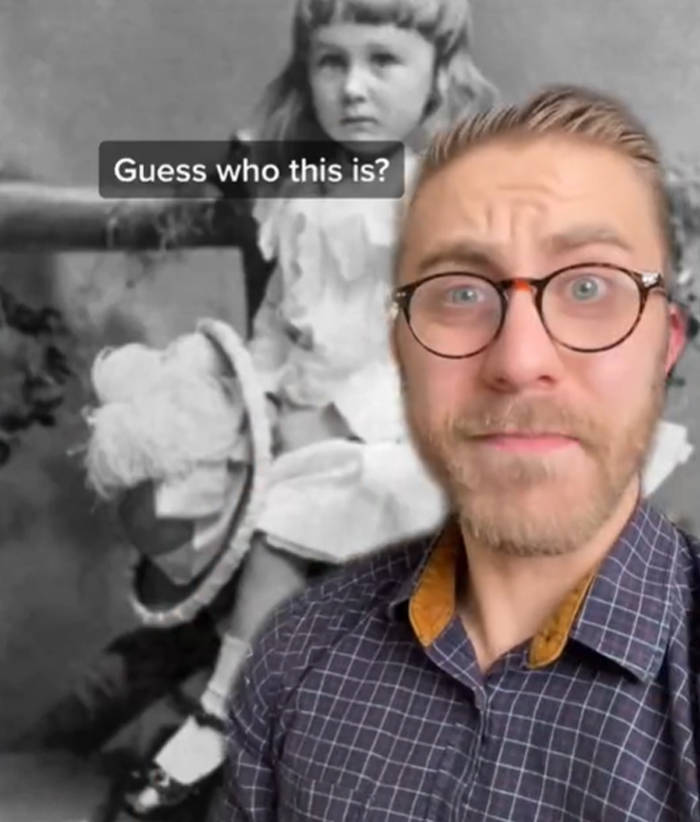 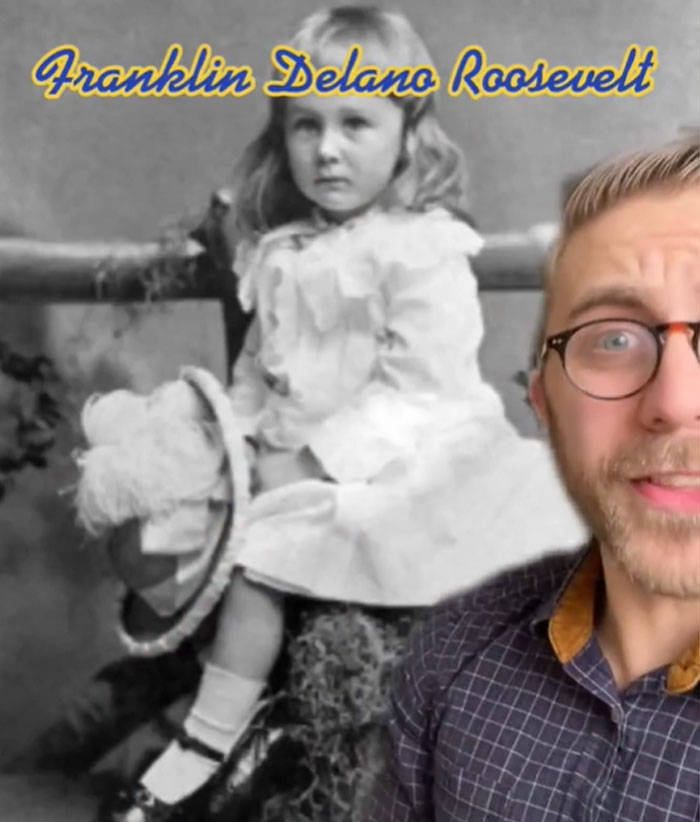 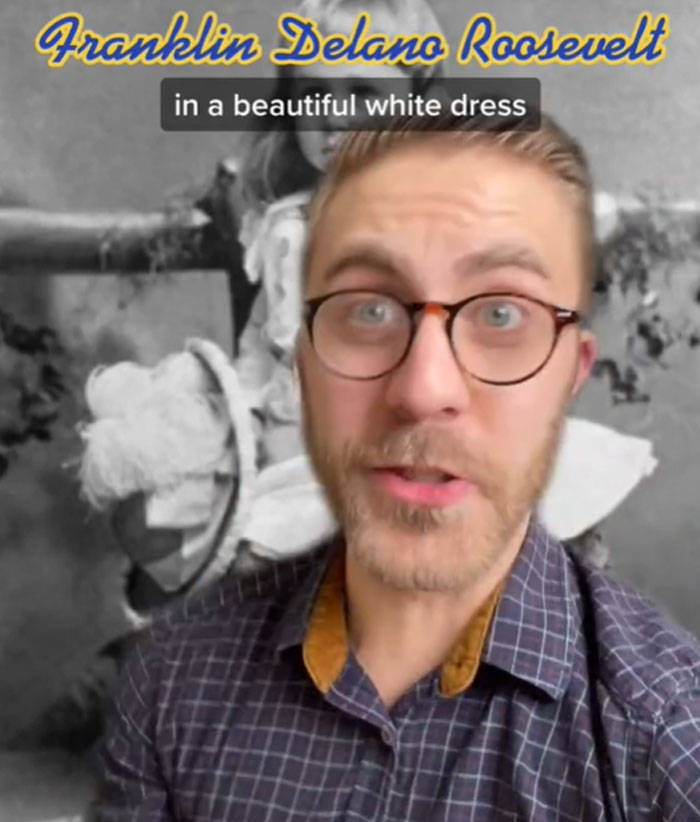 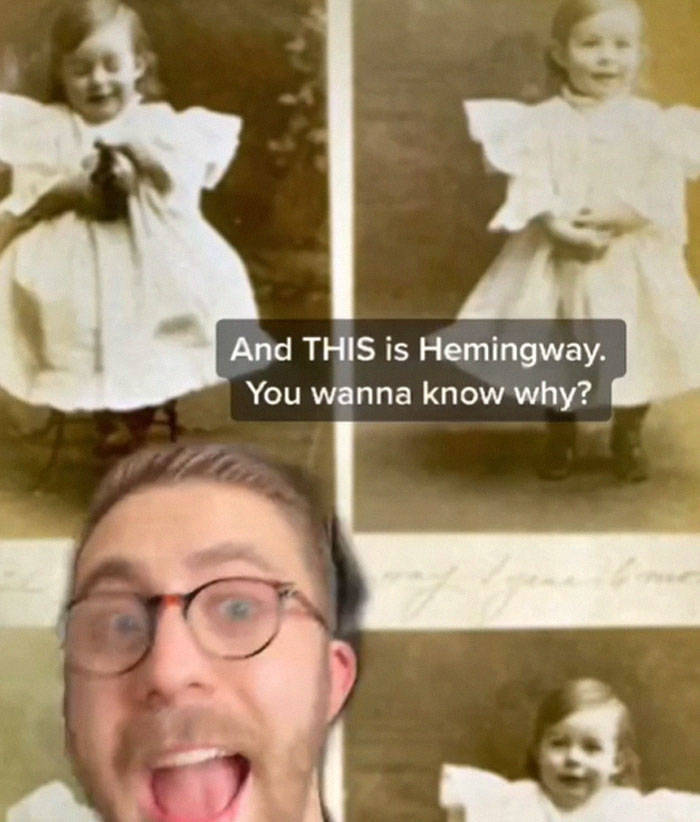 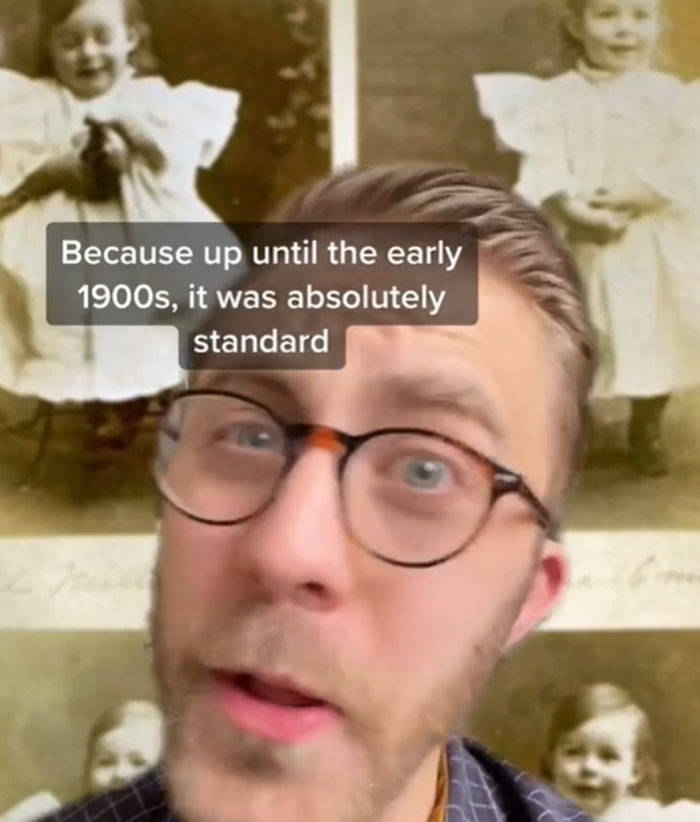 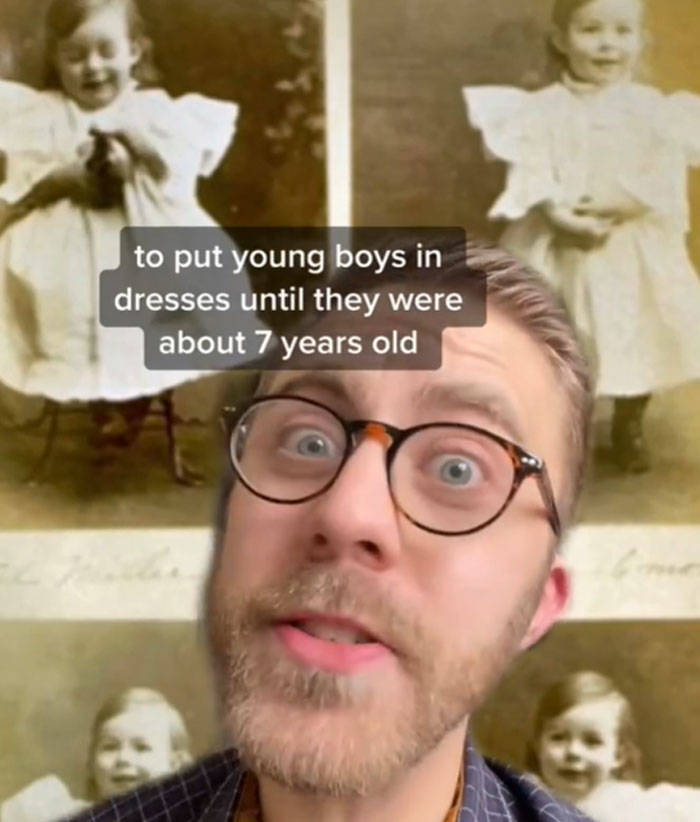 Sister and brother, both wearing dresses, circa 1905 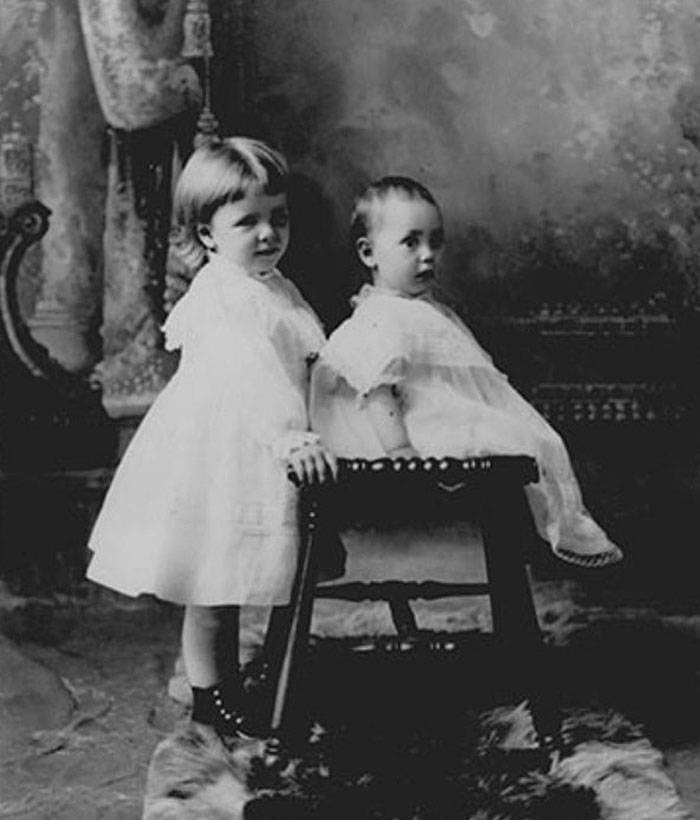 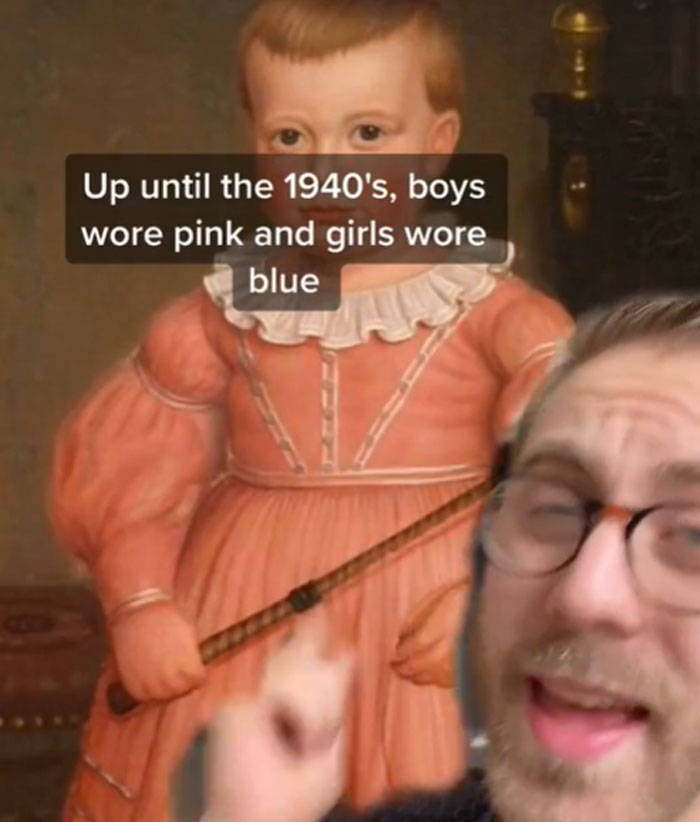 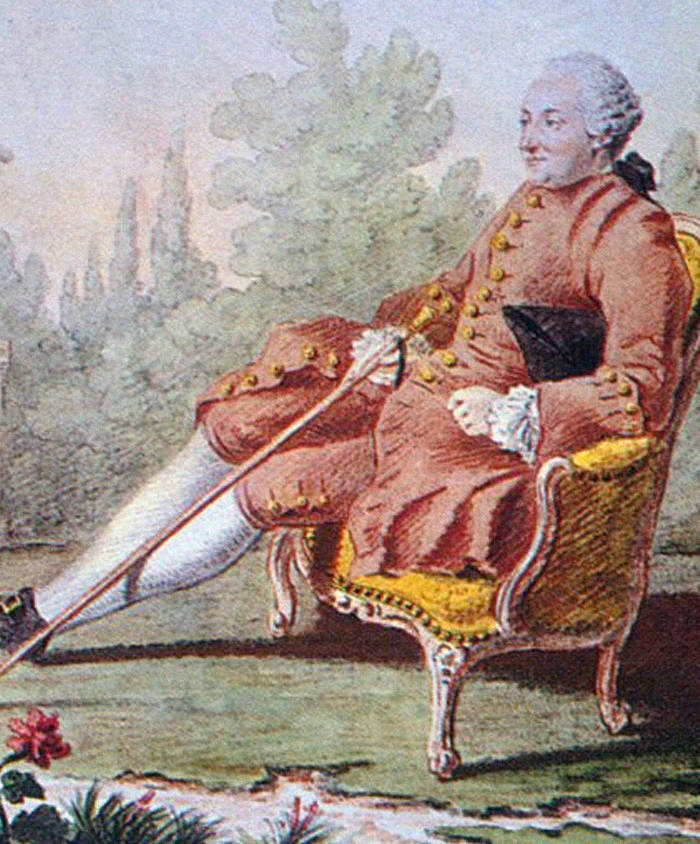 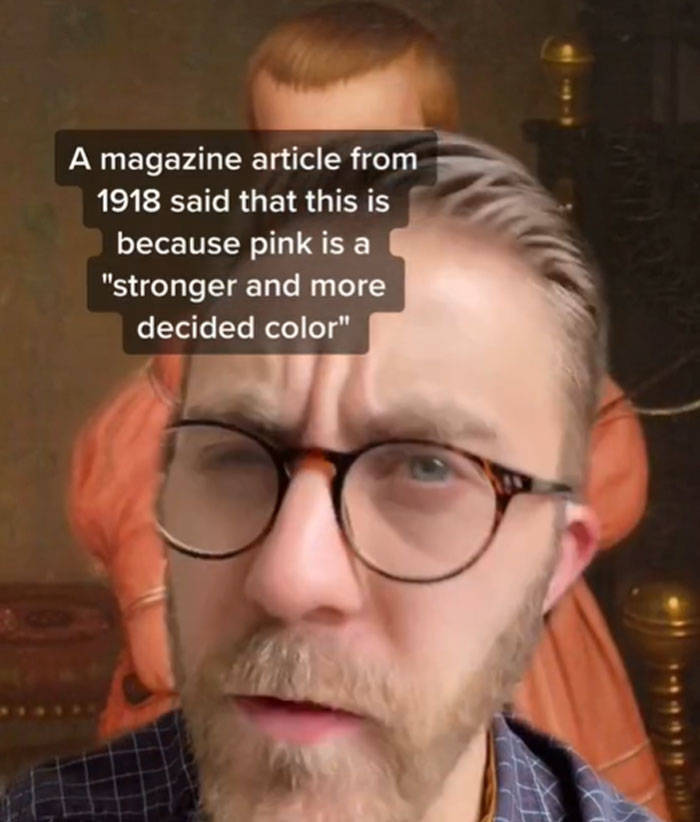 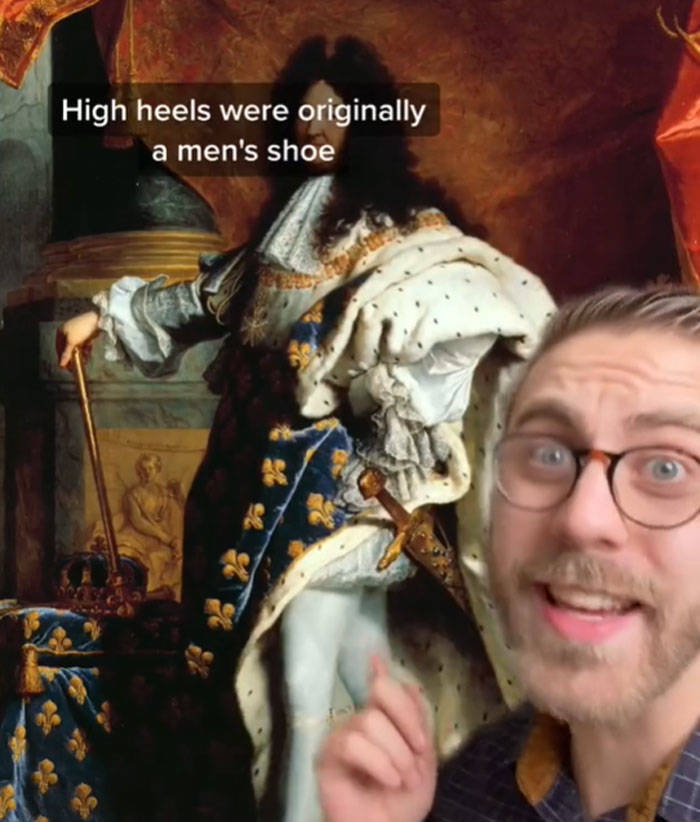 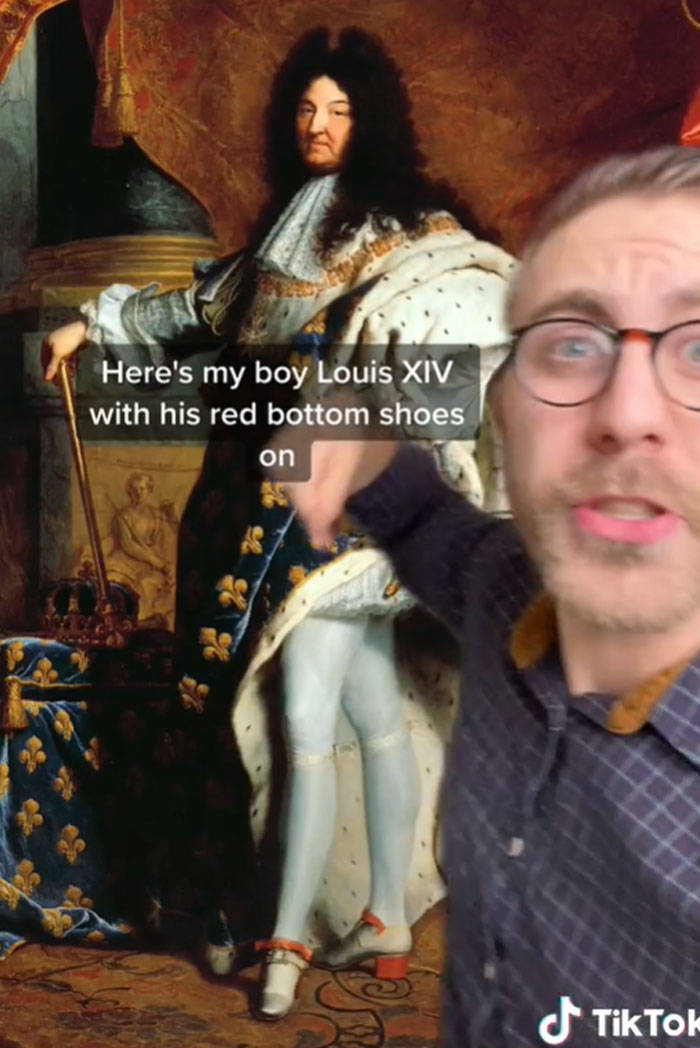 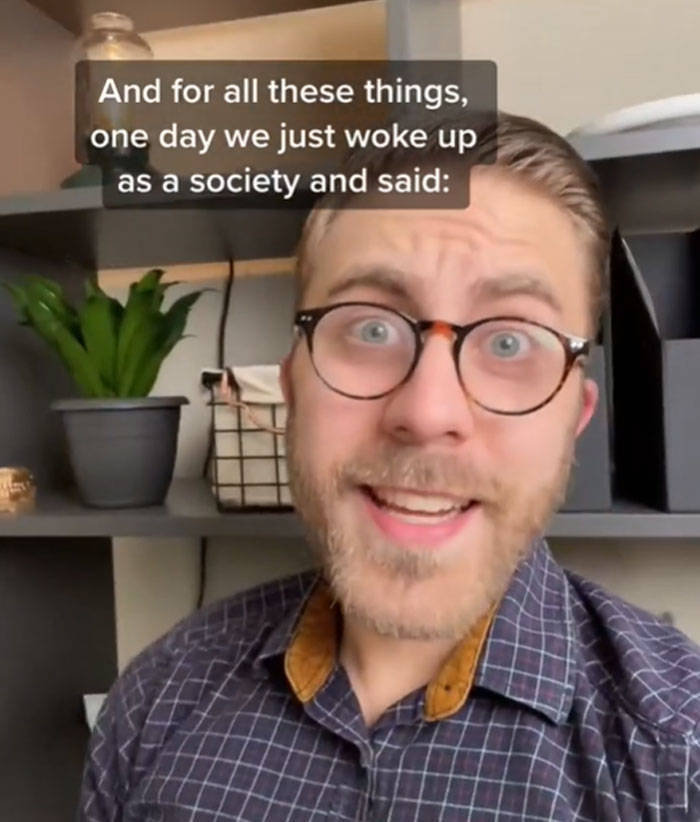 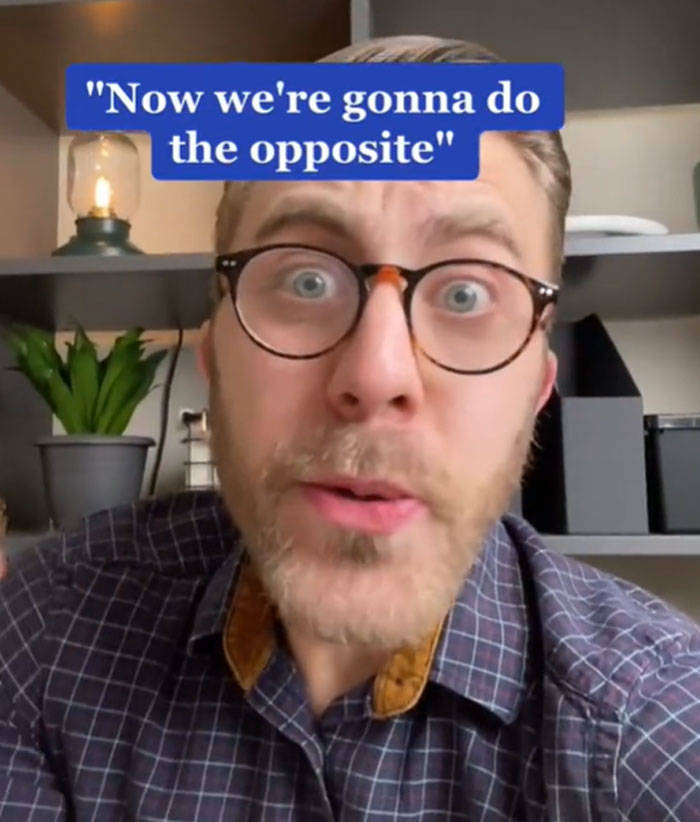 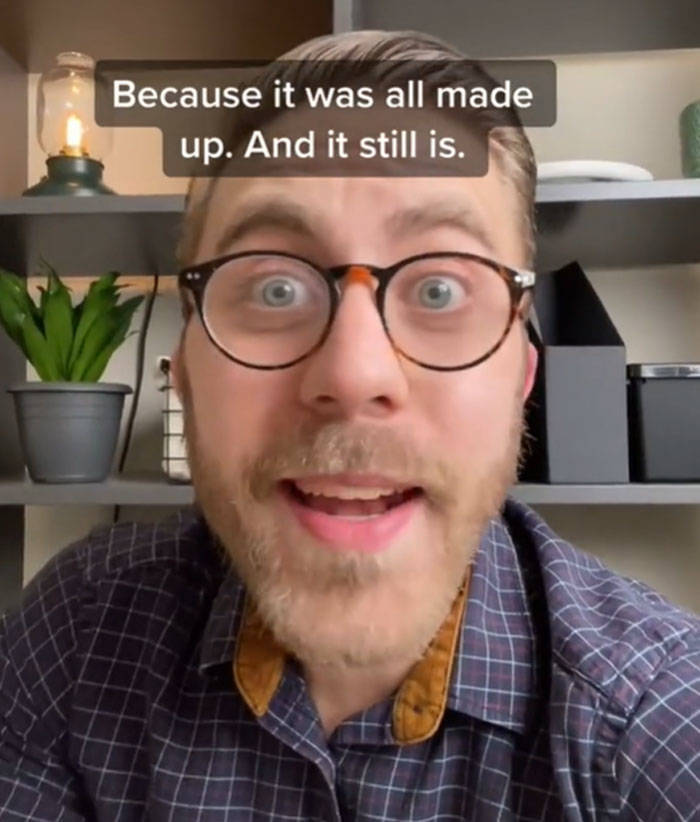 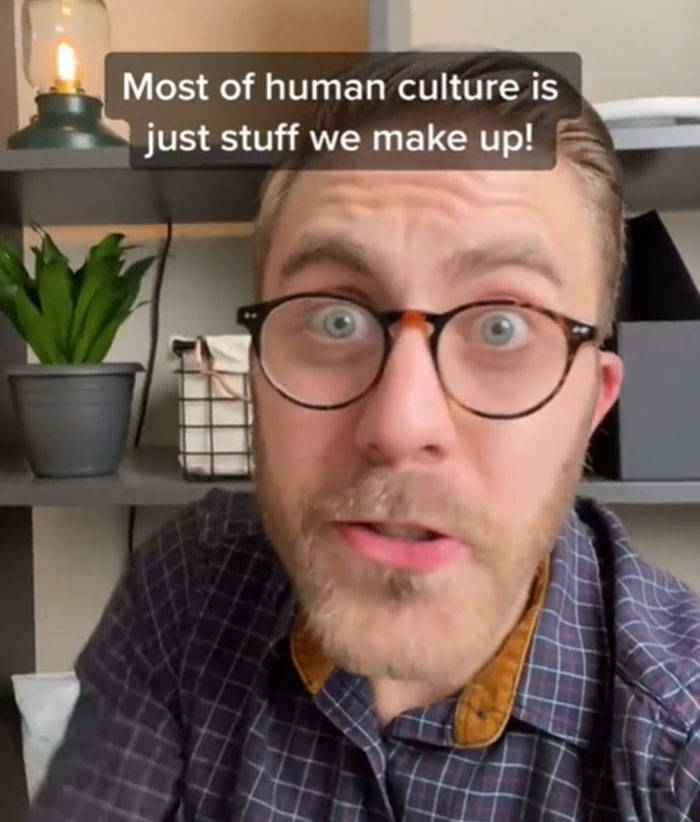 Some would argue that Michael focuses only on some of the superficial aspects of gender norms (i.e. the clothing), not what lies deeper: the historical expectations for behavior. His video is an incredibly interesting lesson on how fashion slowly evolves over time to match different understandings of gender, but it’s a bit of a stretch to say that ‘one day we just woke up’ and decided to flip everything upside down. Change simply doesn’t happen that quickly.

What’s more, claiming that nothing we do matters because we all made it up actually sets a dangerous precedent for legitimate social change. You could then claim that absolutely no discussion or argument ever matters. And that would mean that there’s no need to make changes in society because it wouldn’t matter either way.

There is a flip side to this discussion, however, that not everyone might agree with, but is important to address. Even though gender norms and stereotypes might change over time, who we’re attracted to and why remains more or less constant for most people (the keyword here is most). And you can hardly deny that building relationships are a major part of being human.

Stereotypes about masculinity are stereotypes for a reason, even if we might not fully agree with them or if they’re not as nuanced as we like. At least, according to relationship and dating expert Dan Bacon who believes that we should be aware of these stereotypes and how they influence people’s perceptions, even though they’re being increasingly difficult to talk about in a modern setting.

And no matter what we do and how we act (whether we’re being who we want to be or we adapt to fit in with local norms), society constantly judges us, whether we like it or not. Dan stressed that there’s absolutely nothing wrong with men doing ‘feminine’ things, however, we can’t have the expectation that absolutely everyone will understand this or will accept this. Some will, others won’t; but being judged isn’t something that we can escape, no matter how successful we might be.

“Almost all women completely accept and often encourage men to get in touch with their ‘feminine side’ if they want to. Some women find that very attractive in a man. In fact, some women prefer it and don’t like manly men at all,” relationship expert Dan said in an interview. “However, the majority of women just don’t feel as sexually attracted to men who like to behave in a traditionally feminine way, as they do to men who behave in a traditionally masculine way.”

He continued: “Therefore, while a man can freely engage in any activity that others may see as being girly or feminine, he should be aware that it can affect the way a woman feels about him sexually, or views him in terms of a romantic relationship.”

According to Dan, it’s both women and men who pressure one another to ‘edit’ what they’re passionate about, how they act, and how they dress to fit certain gender stereotypes. There’s no villain in this story.

“Many people are afraid of being judged by others for what they spend their time on, so they try to do what others do, even if they don’t feel the same way about the activity or way of life,” the expert explained.

“This happens because at the end of the day, most people want to be accepted by others and if doing a certain thing (e.g. doing MMA fighting as a woman, ballet as a man) might cause them to be disliked by people important to them (e.g. parents, friends, siblings), they may decide to avoid it altogether,” Dan highlighted.

“Yet, the reality of life is that you will be judged by others whether you do a certain thing or not,” he said, pointing out that we’re free to do absolutely anything that we’re passionate about, but we should also be aware of how most (though not all) people might react to what we do and how we choose to present ourselves.

Here’s how some people reacted to the video

Previous 59 Hilarious Memes Of The Day
Next 18 Facts Creepy, Yet Scientific Facts