He Walked Outside One Day To An Unexpected Discovery. The Next 25 Days Were Amazing. 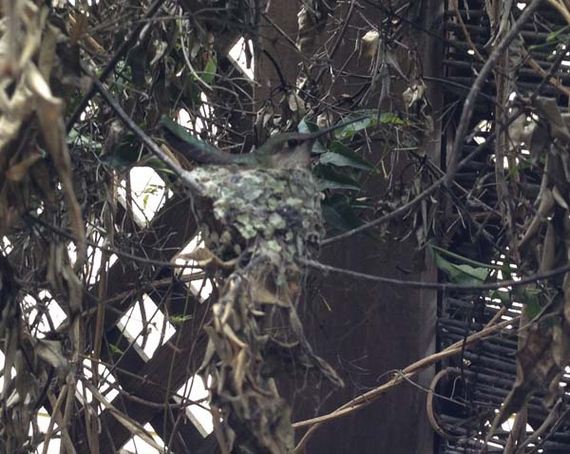 She was nestled in, deep in the vines.

One morning, this Reddit user discovered they had a new neighbor. As they were cleaning up vines near their front door, they noticed a tiny nest inside of the foliage… the small bundle of twigs was home to a mother hummingbird.
It’s rare to see a hummingbird land, let alone build a nest. She didn’t know it at the time, but this momma hummingbird was about to give the Internet a peek into one of the coolest processes in the animal kingdom. 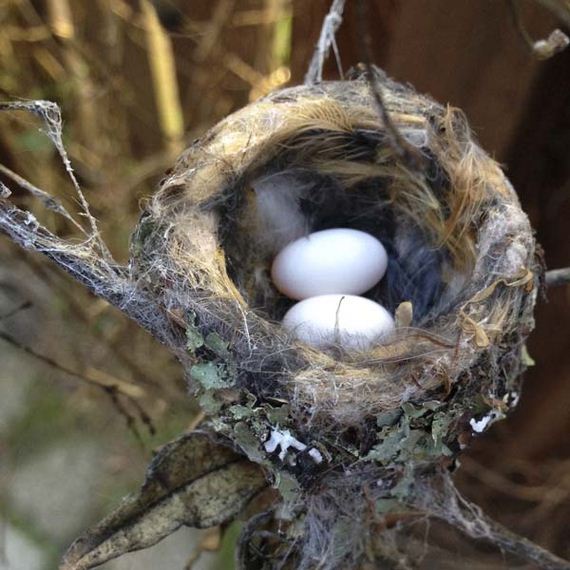 They were the size of jellybeans. 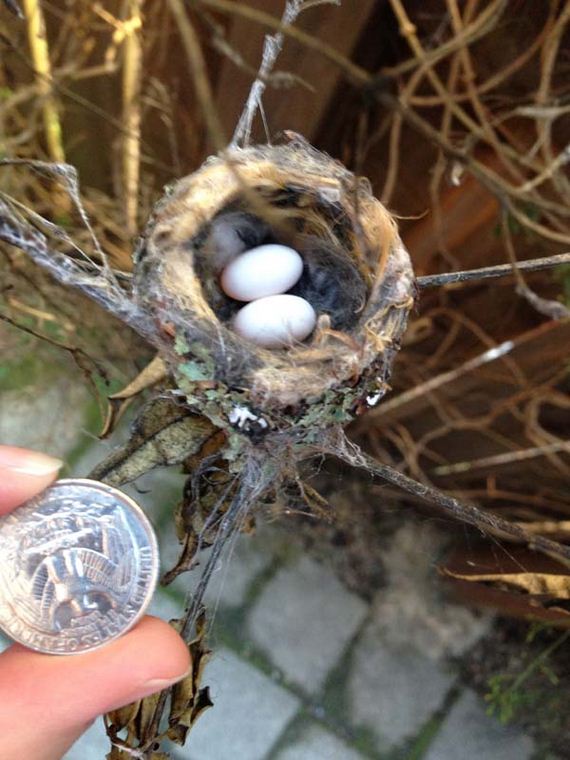 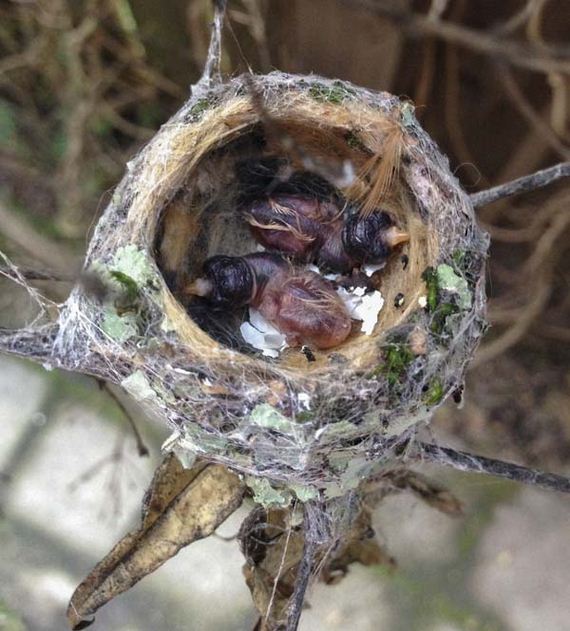 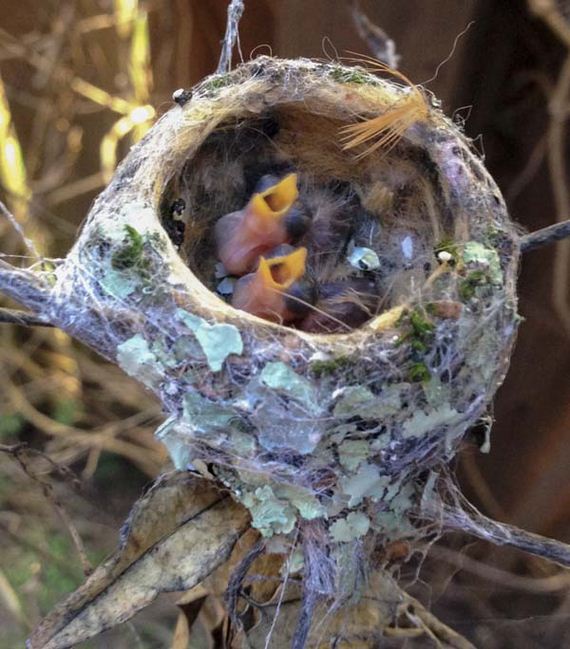 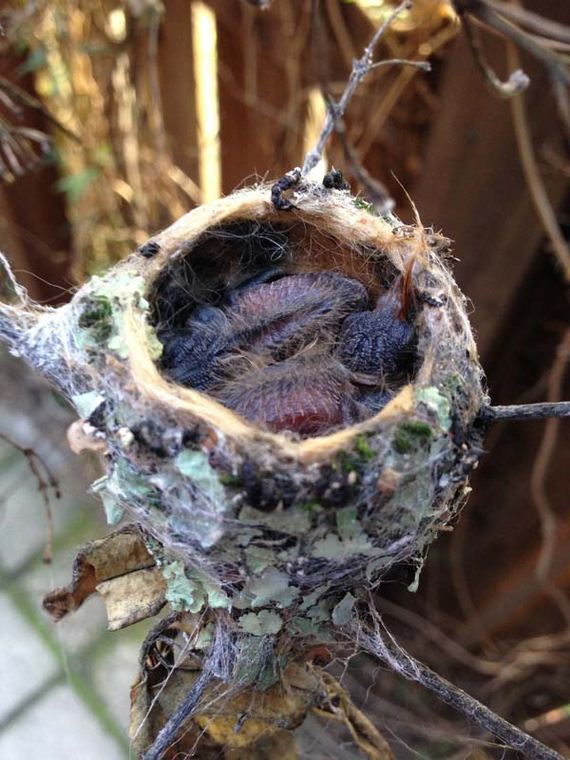 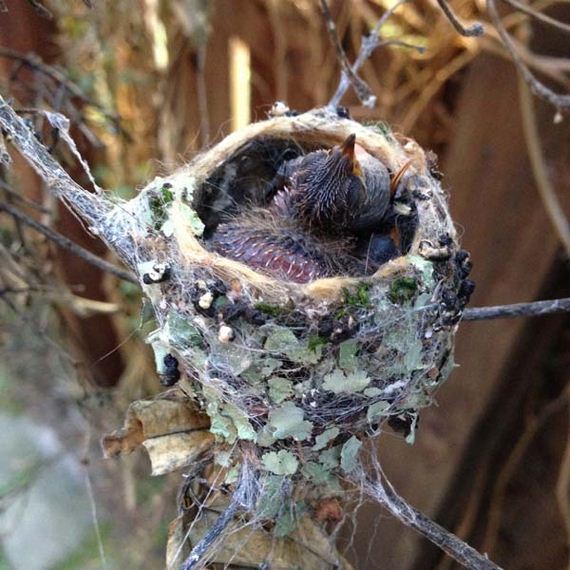 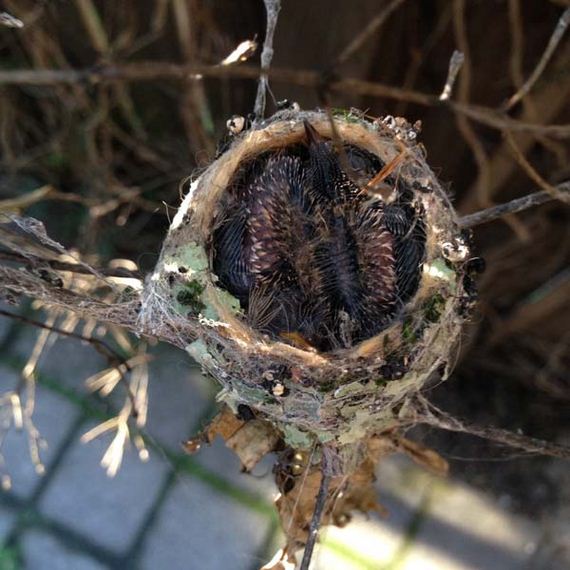 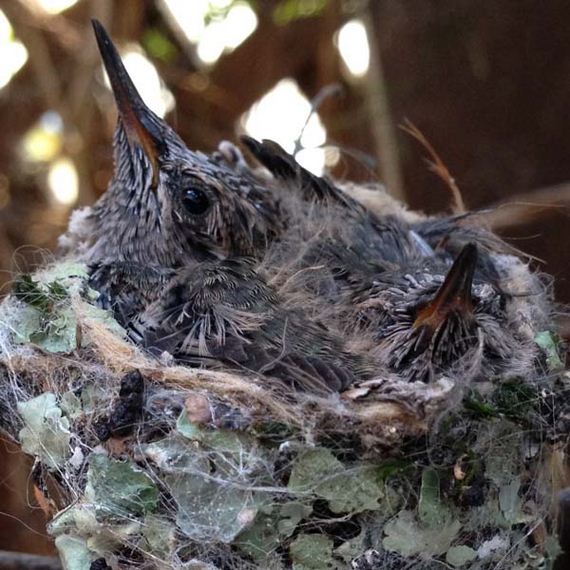 At 2 weeks old, they were almost too big for the nest. 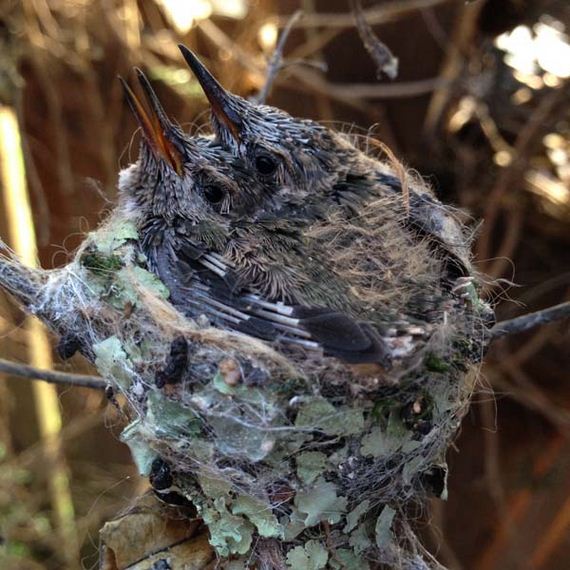 They were also getting their gorgeous green coloring. 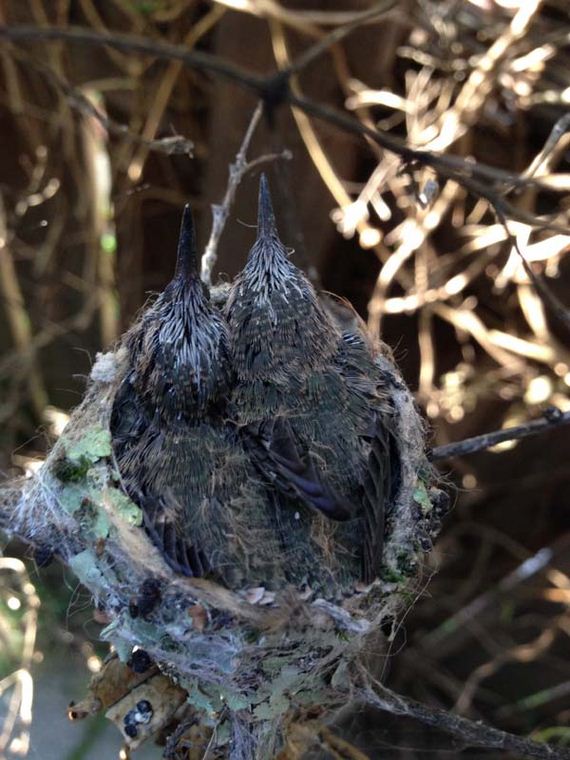 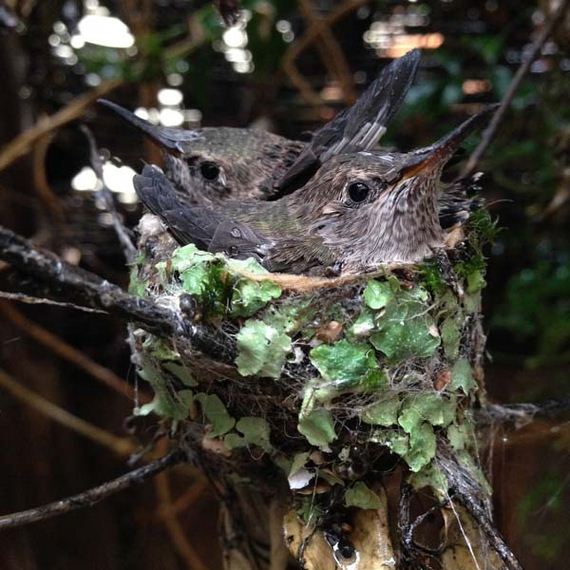 Hummingbird nests are small, but the mothers build them to expand as the babies grow (you can see the spiders silk and moss she used). 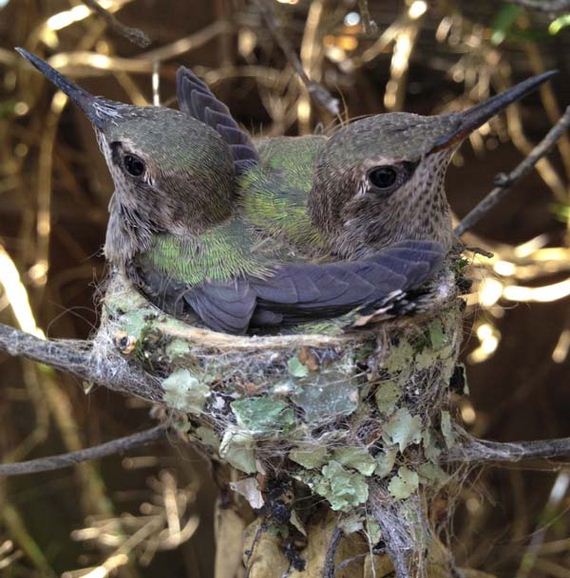 That’s the homeowner’s front door in the background. Every time they left, they were literally eye to eye with the baby hummingbirds. 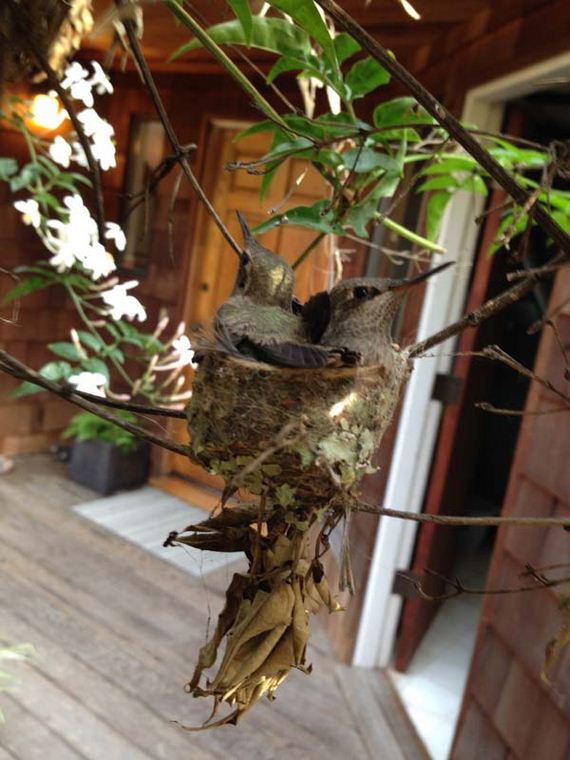 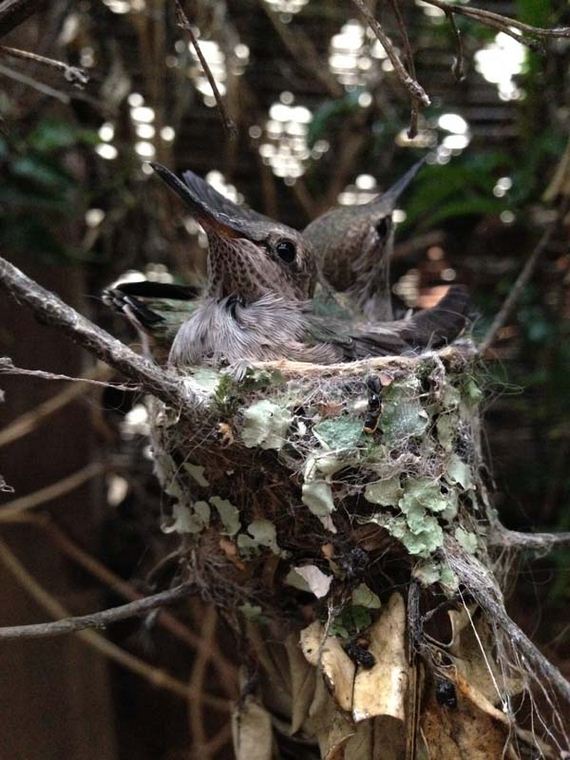 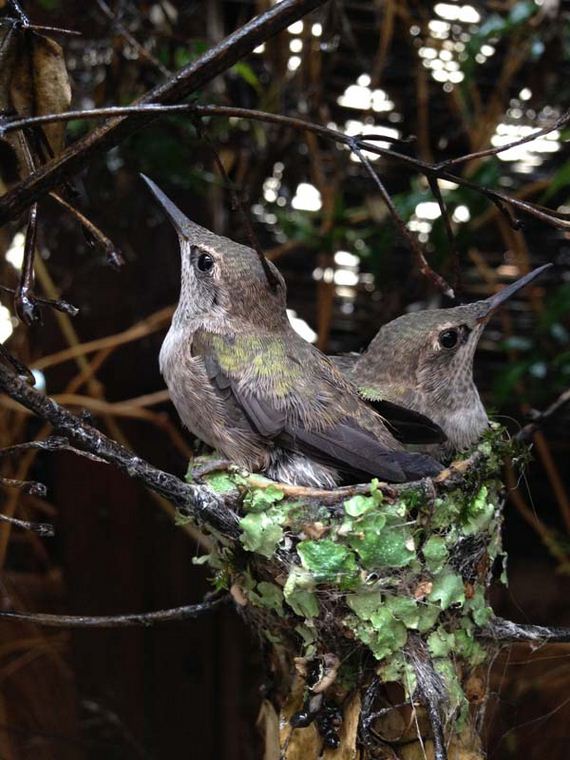 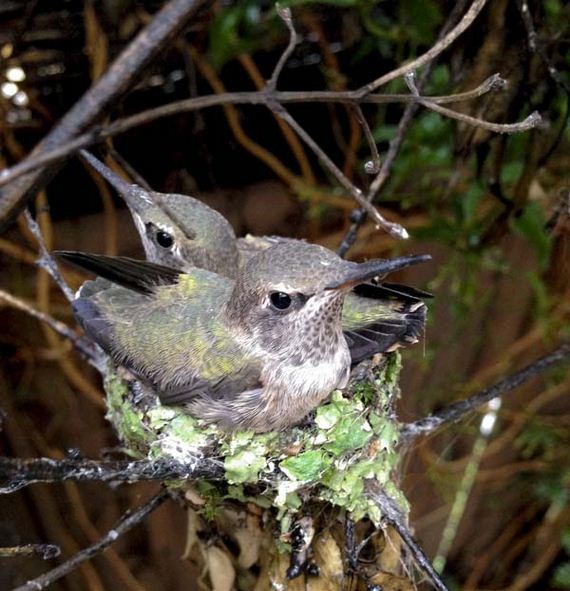 At this point they began really testing their boundaries. 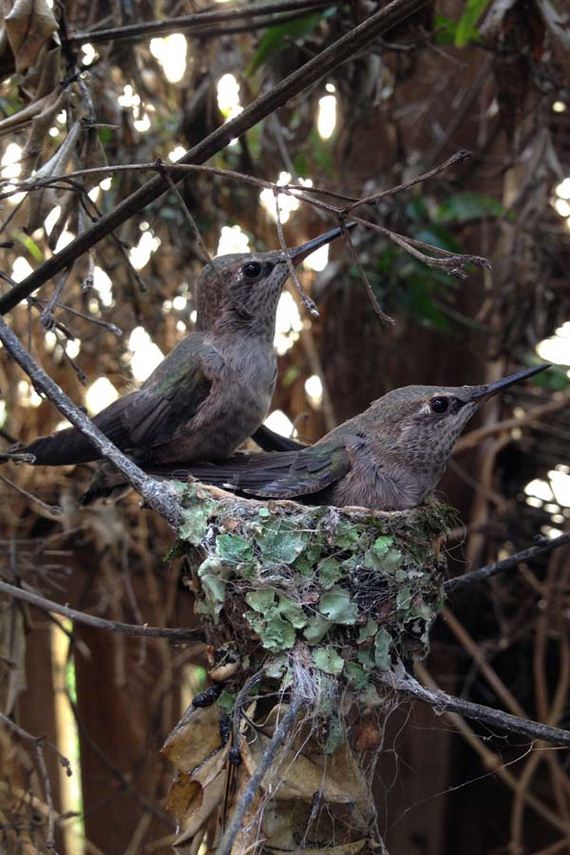 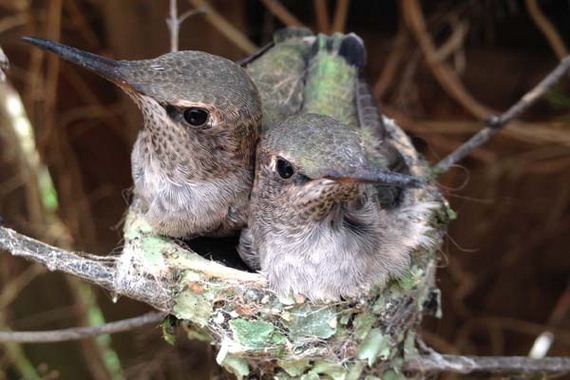 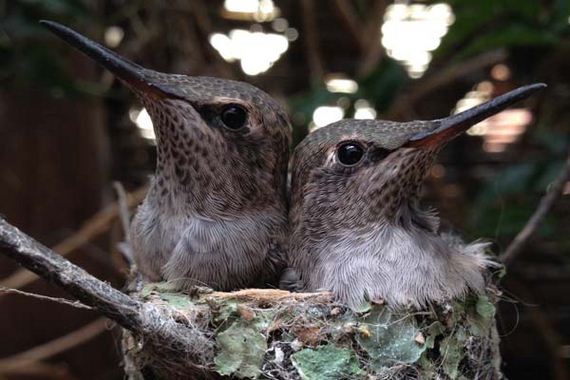 And out of the nest! 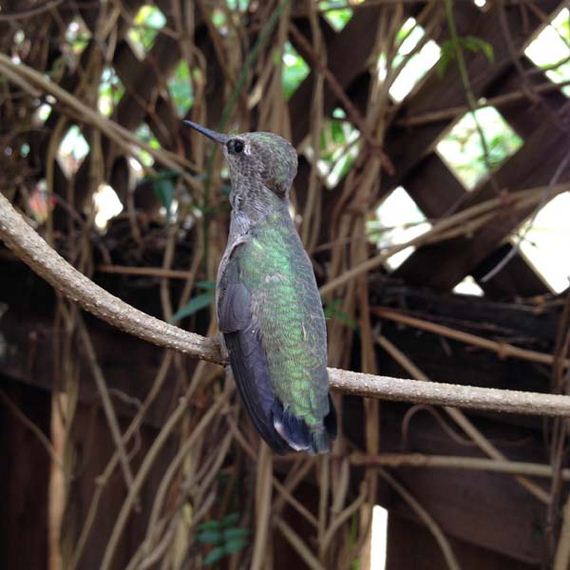 The babies finally grew up. This is what they left behind. 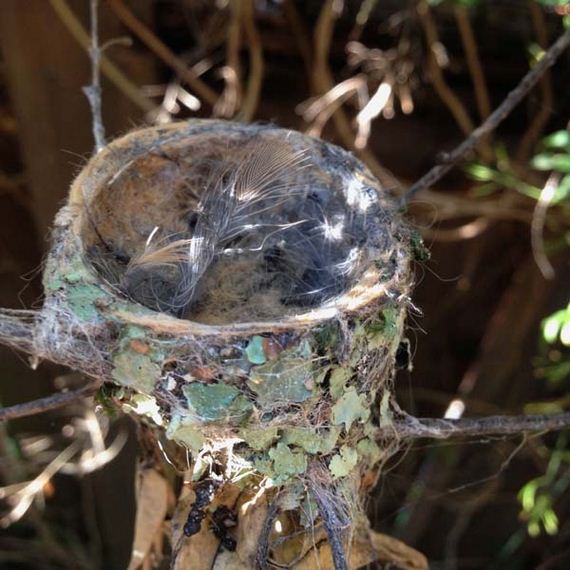