He Was Dying A Slow Painful Death. And Yet This Photo Made My Whole Year. 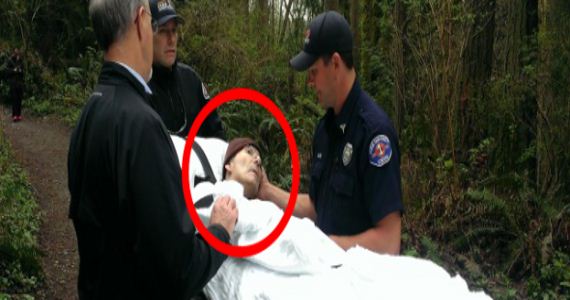 Meet Ed. An elderly man who lived in an adult family home, unfortunately, he had not been outside for several years – as a result of his illness and the difficulty in transporting him. When it came time for his final wish, he shared that he’d wanted to go outdoors with Evergreen Health Hospice Chaplain Curt Huber.

When he was healthy, Ed had been a forest ranger, and he lived for the outdoors. When the Chaplain learned of Ed’s wish, he brought it to the attention of the Hospice team, one of whom suggested getting in touch with a local fire department that might agree to transport Ed for this final visit to the outdoors. Curt contacted the them, who were more than happy to help.

In March, Curt and several members of the Snohomish Country Fire District accompanied Ed on an outing to Meadowdale Beach Park in Edmonds. Ed was picked up and transported in the EMS vehicle; other members of the fire department traveled in a fire truck.

Together, the group took Ed up and down the trails, bringing him the scents of the forest by touching the fragrant growth and bringing their hands close to Ed’s face. Ed was delighted. So were all the professionals who accompanied him. 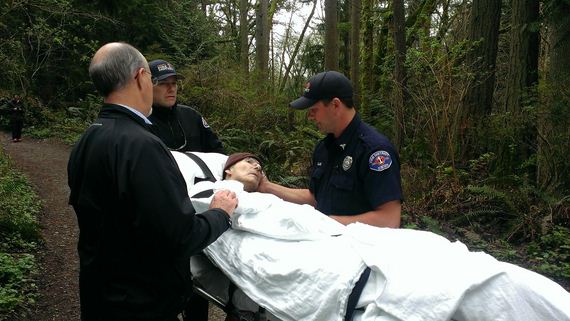 People sometimes think that working in hospice care is depressing. This story, demonstrates the depths of the rewards that caring for the dying can bring.

Loading...
Previous Hot Asian girls
Next This Duck Was Quacking Like Crazy. Then A Police Officer Came Along… Watch This.