Here Are The 31 Most Frightening Things Ever Confiscated At The Airport. My God! 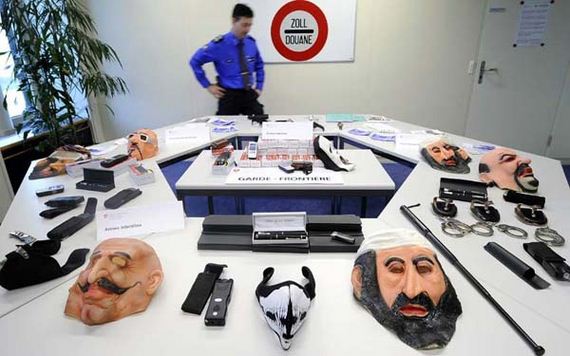 These weapons and masks were confiscated at customs at the Swiss border.

When traveling in an airplane, it’s important to remember that your carry-on cannot contain sharp objects like scissors or nail files. You should also leave behind (or check) any personal items you have that are more than 3.5 fl oz. Oh, and also remember to never pack an explosive cannonball.
These 31 people didn’t get the memo that you’re not supposed to travel with super hazardous items, like weapons or explosives. Check out just what the TSA confiscated…

Agents at Providence TF Green Airport found a disassembled gun hidden in 3 stuffed animals. The .40 caliber gun belonged to a man traveling with a child. 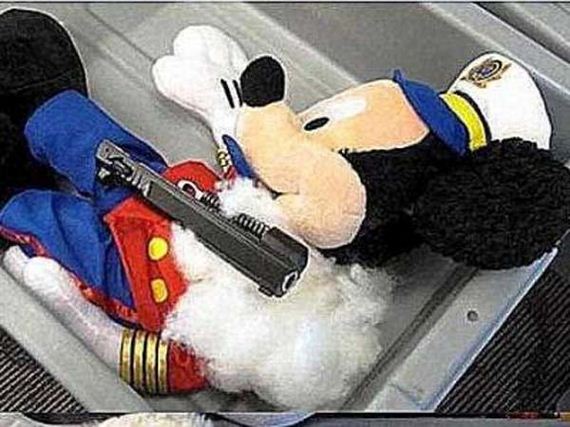 At Latrobe Airport, an expended AT-4 rocket launcher was checked. 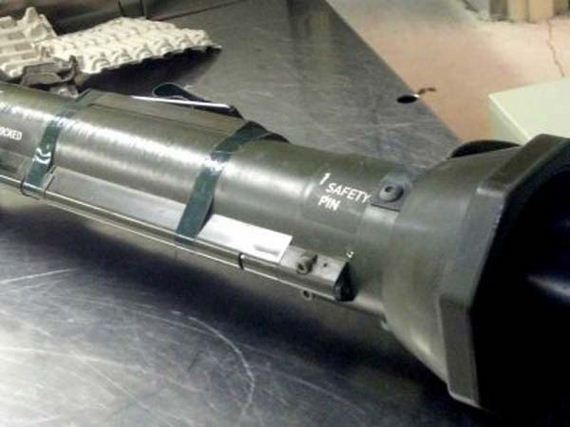 In Cleveland, a stun gun was affixed to the end of this cane.

At Dallas Fort Worth, agents found an old military bazooka. Five flights were delayed before they discovered it was inert.

At JFK airport, a knife was found attached to the front of a walker. 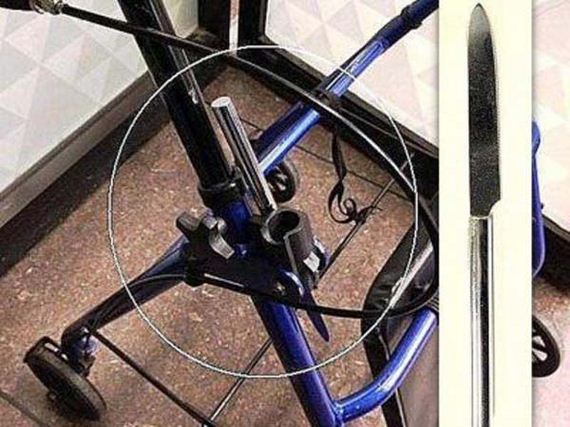 This three inch blade was hidden inside of a belt buckle at the Hobby Airport in Houston. 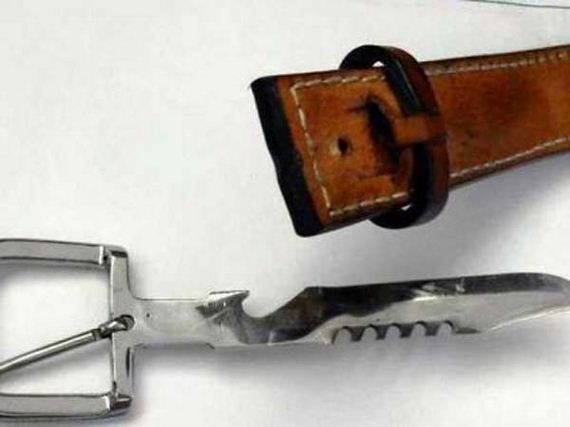 This cane sword was confiscated at the Baltimore-Washington airport 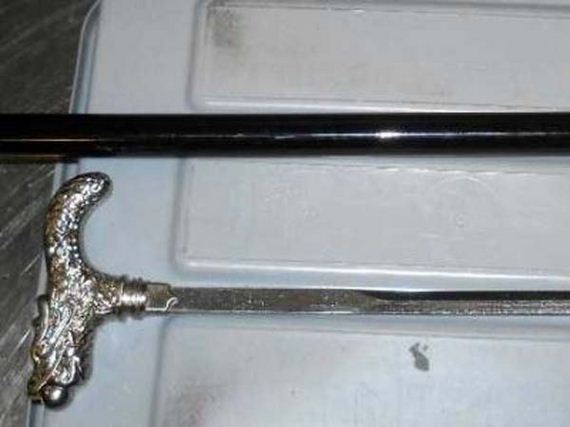 This cane sword was also taken, this time at Kahului airport in Maui.

These decorative swords were found in a guitar case in Salt Lake City… that the passenger had as a carry on. 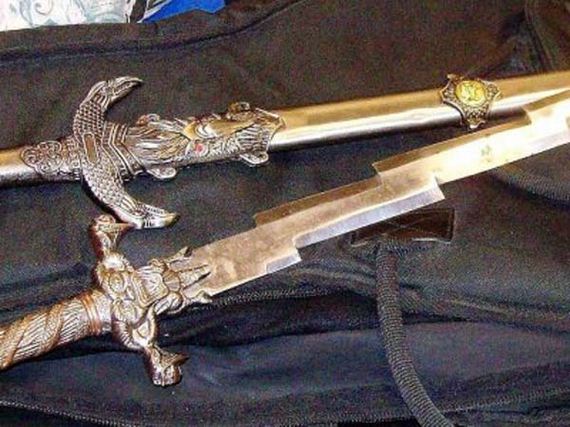 163 tropical fish, 12 red sliders, 22 invertebrates, 24 pieces of live coral and a bag of eels were confiscated in security. How were they carrying that much? 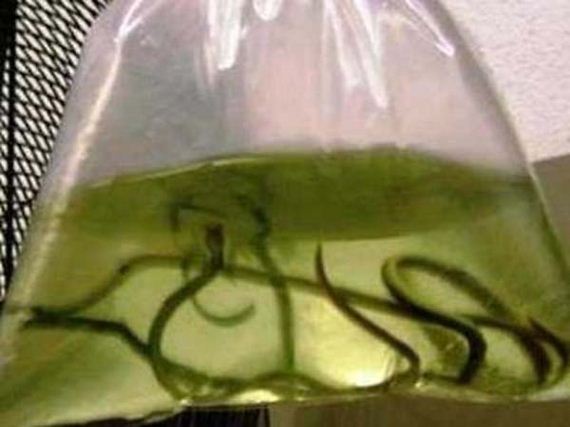 The machete was discovered in Denver and these throwing knives in Baltimore. 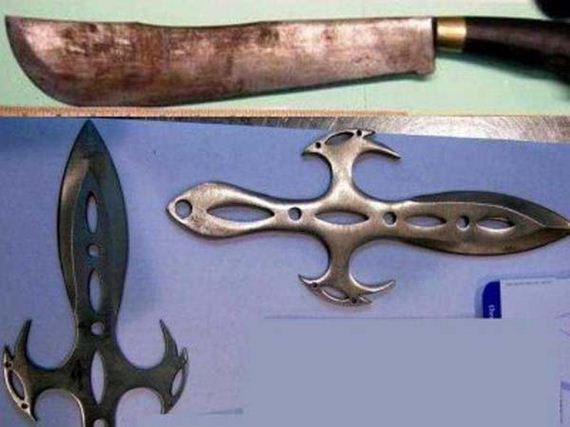 This gold “piece” wasn’t actually a gun, but was taken because of the styling.

Advertising greative Geoff McGann was arrested in Oakland and held on $150,000 bail when agents found a watch on his person that had the components to make an explosive device. 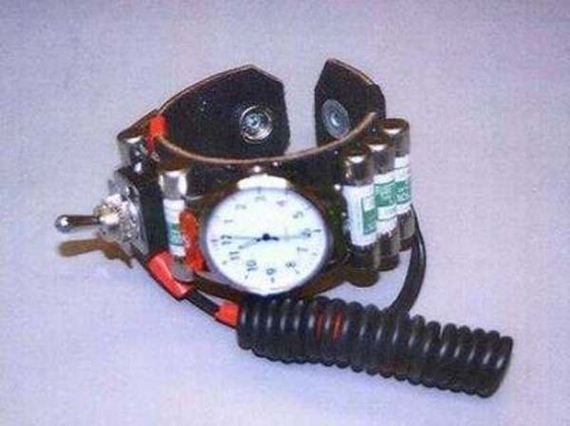 At Little Rock, a powder horn complete with black powder was found in a carry on. 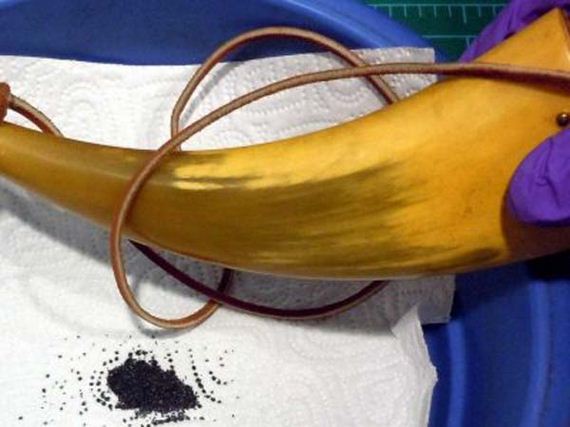 These Batman throwing stars were discovered in San Diego. 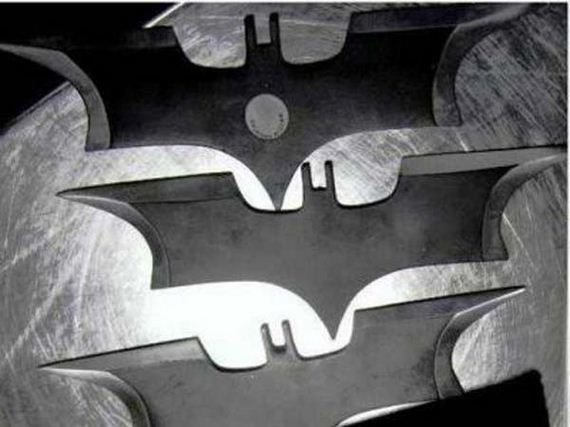 These two knives were found in a bag of dirt a passenger was carrying. No one knows why he had a bag of dirt. 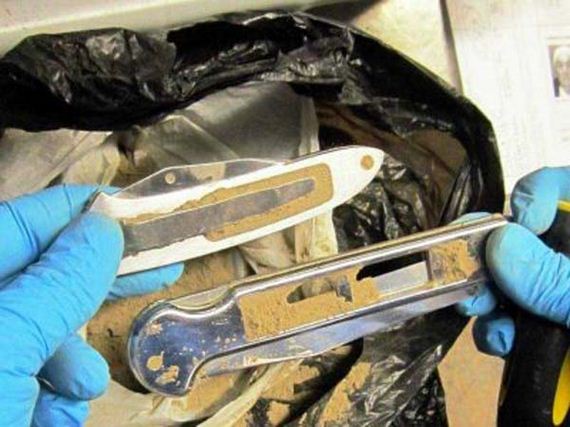 This Star Trek bat’leth was taken from a passenger at LaGuardia airport.

Agents in Newark took this weapon, which is called a “wheel of pain.” 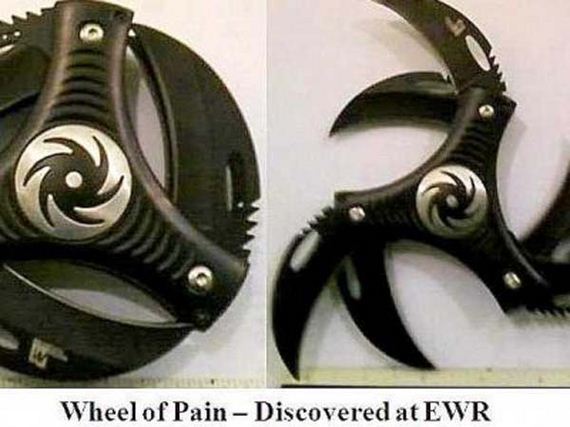 Someone also tried to check a replica claymore mine. 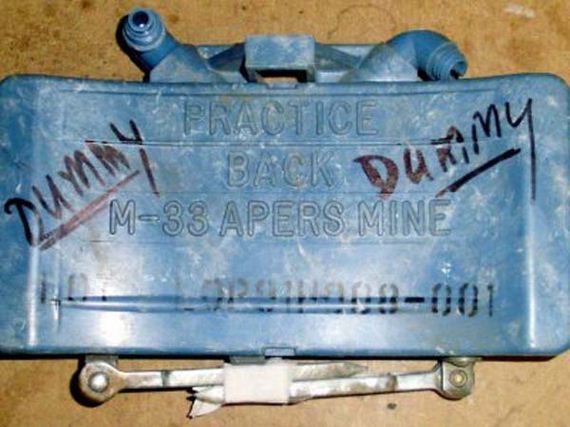 A diver found this cannonball, covered in coral, during a dive. It was discovered at Ft. Lauderdale that it was still an active explosive.

Human skull fragments were discovered in a checked clay pot at Fr. Lauderdale. A passenger tried to get through security with this tobacco grinder shaped like a grenade. He was also carrying marijuana. 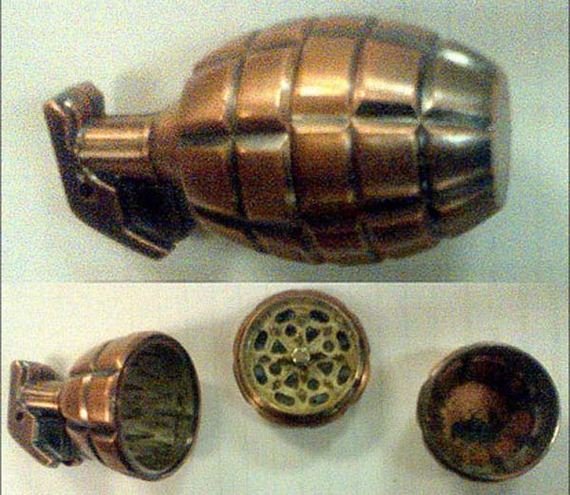 This gun without a cylinder was found in a hollowed out book. 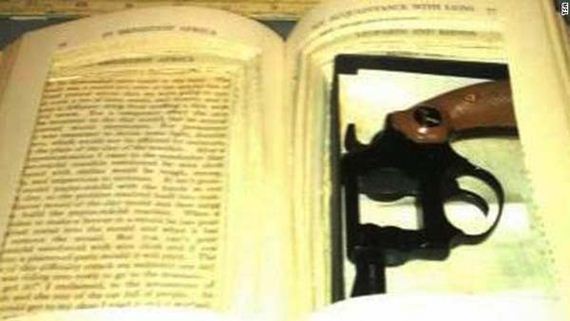 Someone attempted to check this inert grenade and claymore. 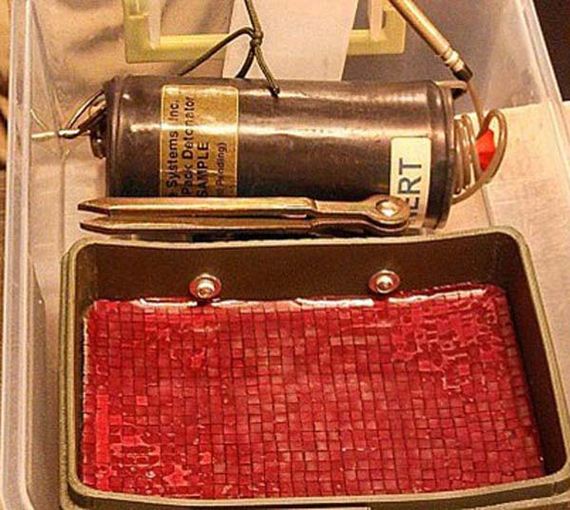 This prank gift was made to look like a bomb. TSA agents didn’t approve. 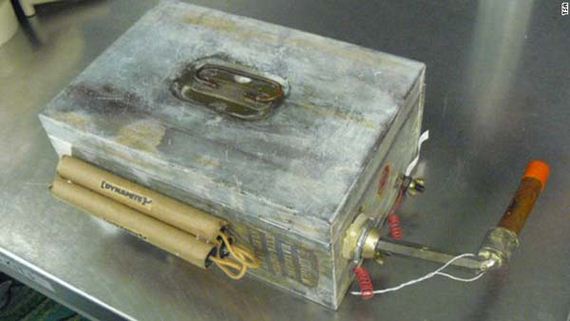 A girl tried to smuggle weed onto her plane in a jar of peanut butter. One passenger was carrying an inert grenade. A passenger attempted to bring a pair of Freddy Krueger claws onto an airplane. In South Korea, pills filled with powdered human baby flesh were confiscated. Some people believe these pills can cure disease. Hidden daggers like this brush dagger routinely get confiscated. The moral of the story is this: if you have a knife, gun, explosive, human remains or anything that looks like those things, don’t attempt to take it with you to the airport. TSA agents will find it and probably will arrest you.
It’s hard to believe that people tried to fly with this stuff. Share this list with others.

Previous Once You See This List, You Might Feel Really, Really Old… But It’s Awesome. I Can’t Believe
Next There’s A Place You Can Barely See In The Middle Of The Desert. But When You Go Closer… AMAZING.