Here It Is, Rabbit Heaven in Japan

Small Japanese island Ōkunoshima can be considered one large and cute zoo for rabbits. It is a home to more than 300, and they are free to roam throughout the island. The history of rabbits first appearing on Ōkunoshima is shrouded in mystery, but there is an assumption that in 1971 a group of students who came on a tour to the island, brought a few individuals. Soon new eared residents flooded the entire island.

There are actually more rabbits than people. 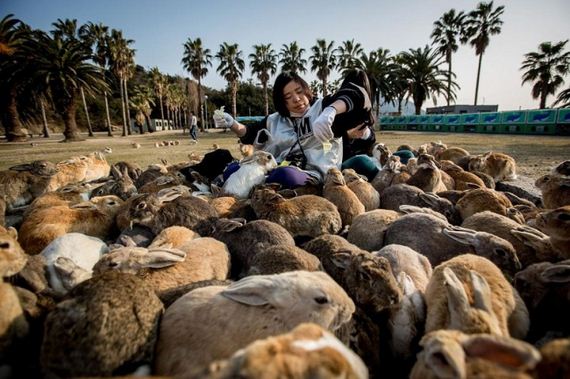 This is due to the fact that prior to 1945, Ōkunoshima was top secret military base, which was engaged in the production of toxic gases. After the war the factory was destroyed, as well as any evidence of it. Residents and workers left the island. 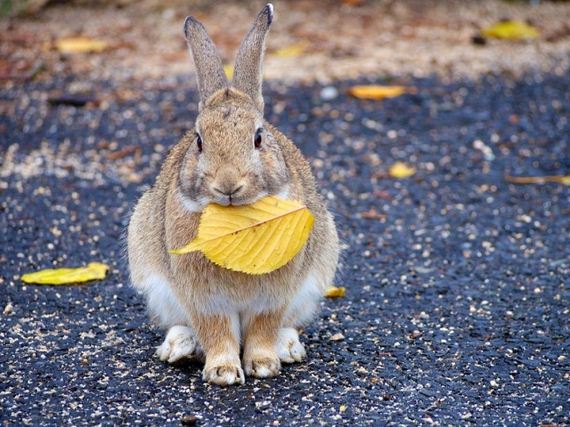 But now this place is a real home for rabbits that roam without fear throughout the island. 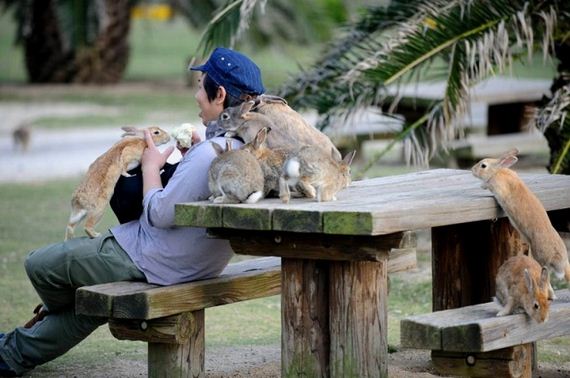 Despite the fact that the animals are wild, they welcome tourists without fear, jumping to their knees and taking as a gift all sorts of treats. Ōkunoshima visitors are allowed to feed and stroke the animals. They even allowed to bring own food for rabbits, especially in winter, when natural food on the island is not enough. 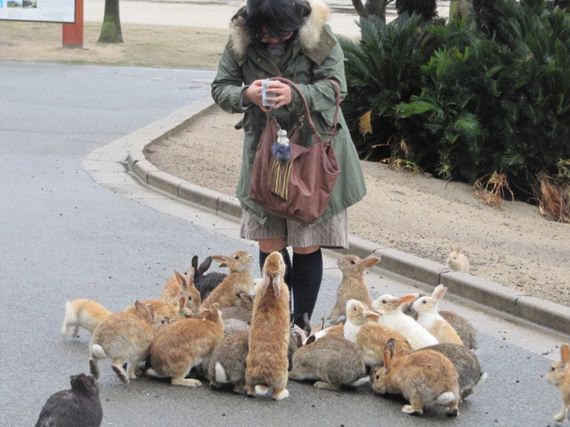 Every year it attracts more than 100,000 visitors. The island also has a guest hotel, a small camping and even a golf course. 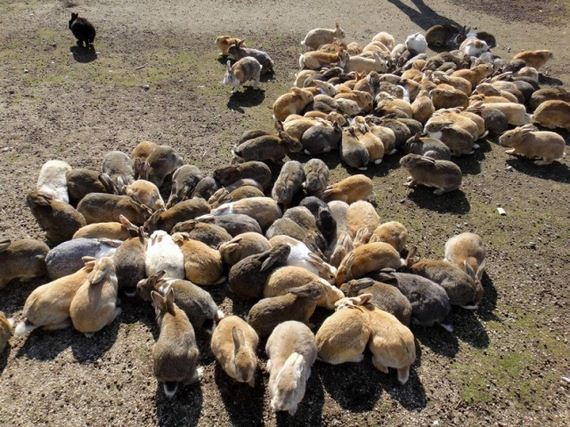 In order to protect the local fluffy population, tourists are forbidden to take to the island dogs and cats. 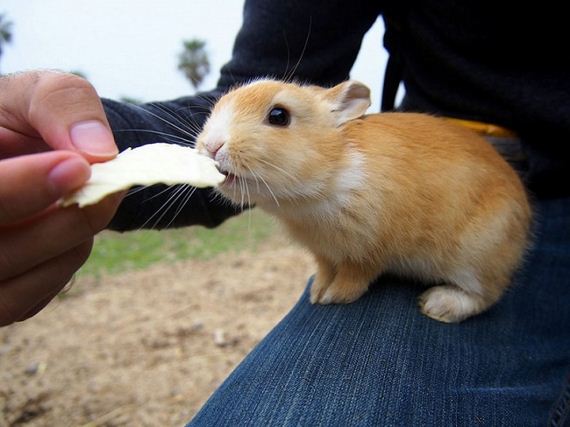 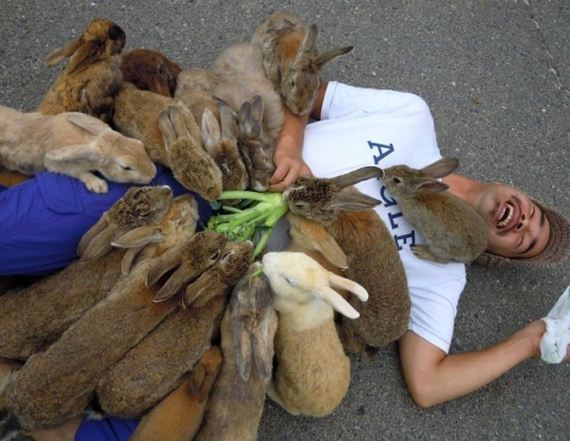 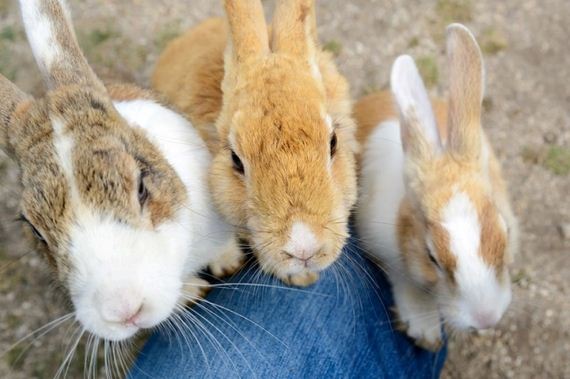 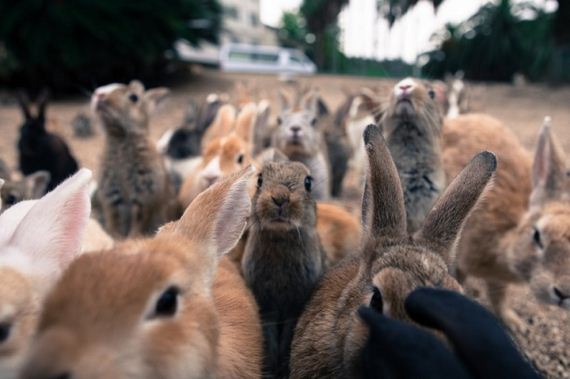 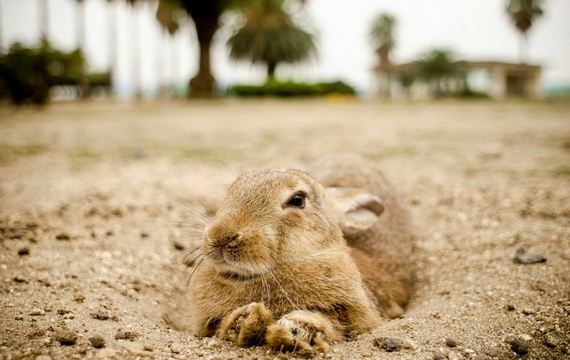 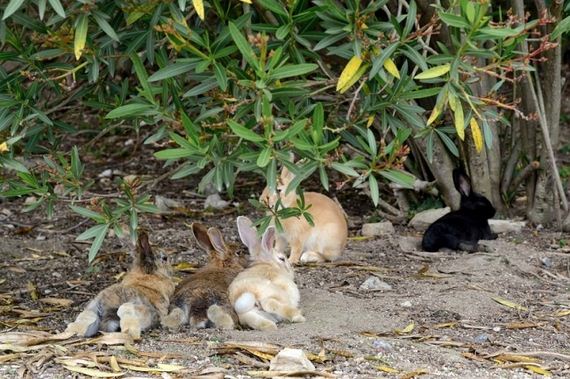 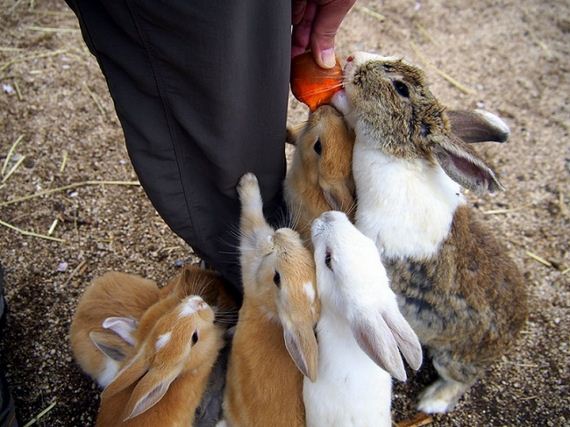 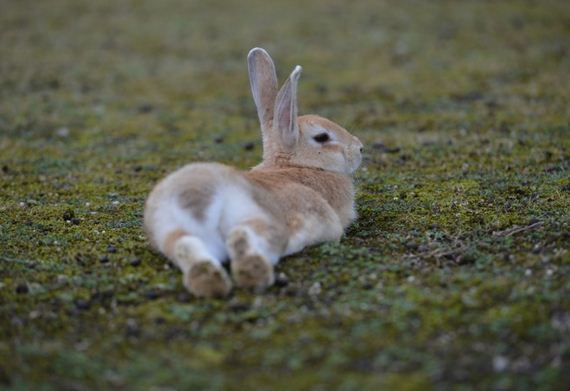 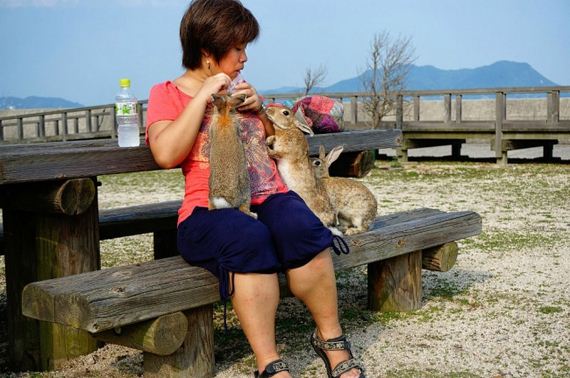 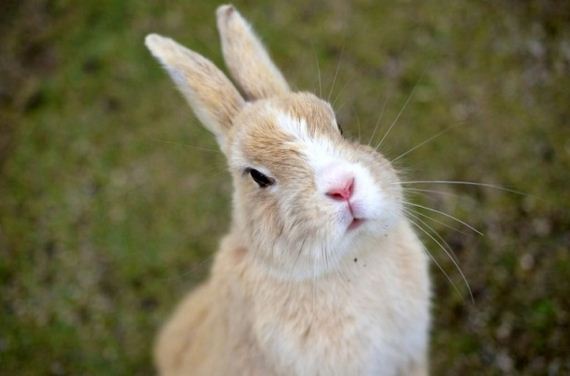 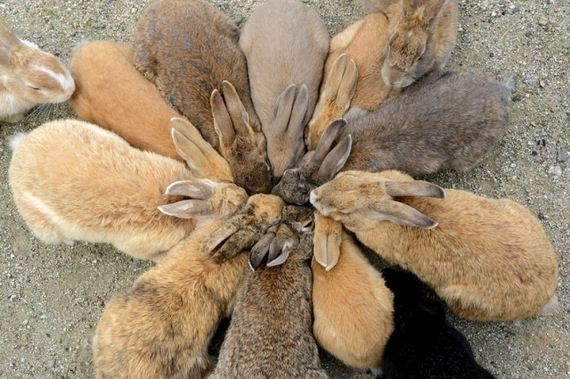 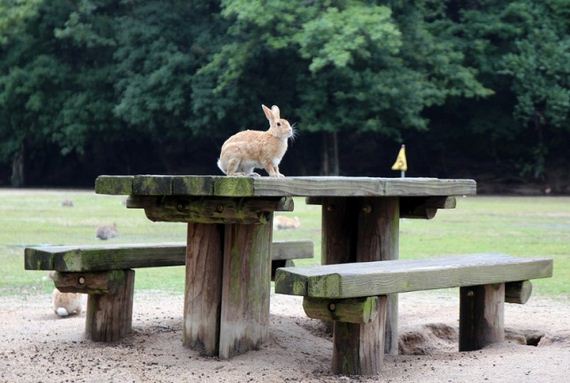 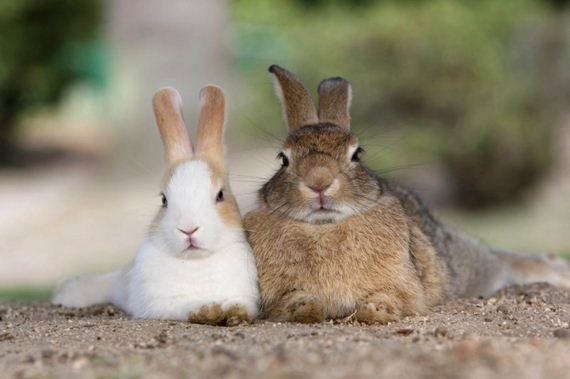 Previous Guilty Cats Who Deserve To Be Shamed Publicly
Next Places on the Planet, Which Become More Colorful When Spring Comes