Hey, What Are They Doing Inside That Ro- …WHOA! These Amazing Photos Will Blow You Away. 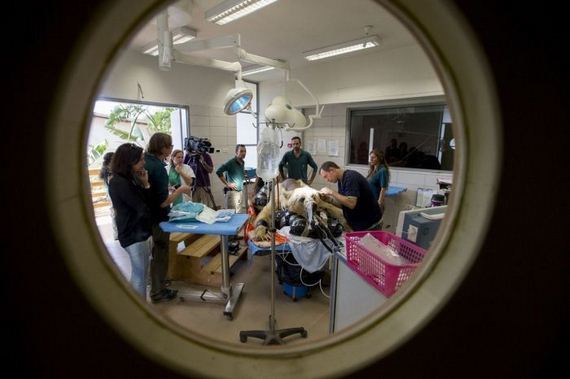 According to Dr. Merav Shamir, it all started when Mango wasn’t able to move his right hind limb very well and 48 hours before the surgery he became completely paralyzed on both hind limbs.

Putting a 550 pound bear down for surgery is no easy task, but when Mango, a 19-year-old Syrian brown bear started to walk awkwardly zookeepers at Isreal’s Ramat Gan Zoological Center had to do something.
Mango, who has lived at the zoo his entire life, underwent several hours of surgery at the center’s animal hospital on Wednesday after X-rays revealed that he had a herniated disc between his second and third vertebrae. Dr. Merav Shamir, a veterinarian at the Hebrew University of Jerusalem, said Mango was the largest animal she ever had to operate on.
The pictures below are from his extraordinary back surgery.

It took 15 zoo employees to place the 550-pound Mango on the operating table, and because the herniated disc was in a hard-to-reach location, the surgery team spent five hours just exposing Mango’s spine for surgery. 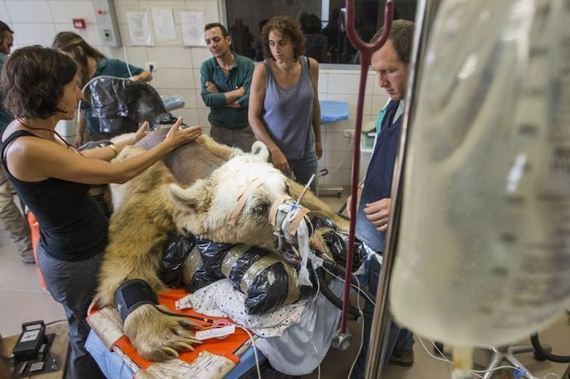 They propped his head up on a pillow wrapped in a trash bag and put an IV through his snout. They also wrapped a blood-pressure cuff around his right paw. 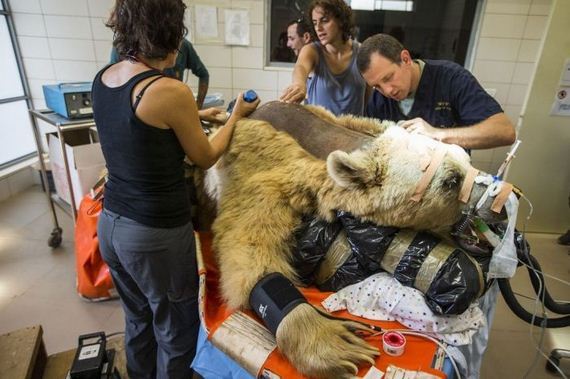 While such procedures aren’t uncommon on other animals at the Ramat Gan Zoological Center, this is reportedly the first operation of its kind ever to take place on a bear. 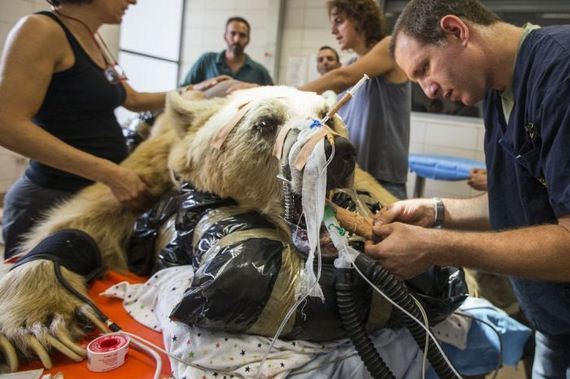 Only time will tell whether Mango’s surgery was successful; spinal disc herniation is considered a very painful condition for humans, but its frequency is unknown among bears. 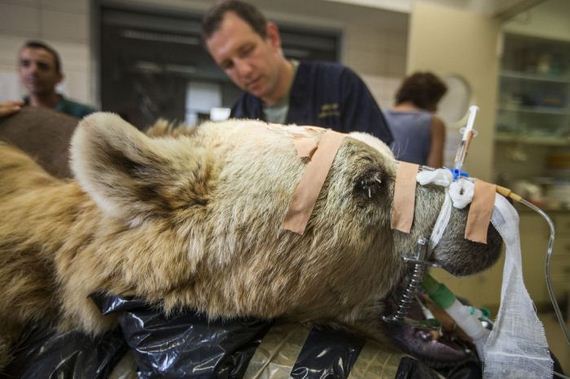 It occurs when the disc — a spongy, absorbing substance — bulges out between the vertebrae or ruptures. If the disk touches a nearby nerve, it will cause pain wherever the nerve travels in the body. 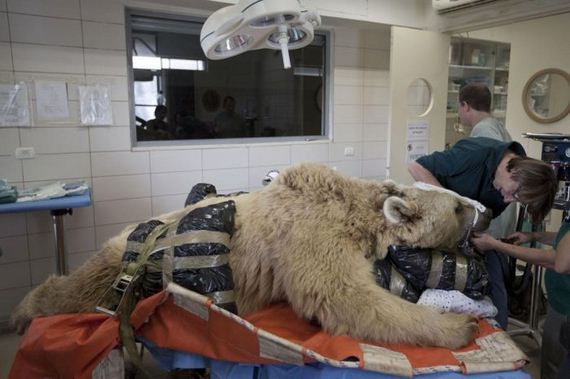 Mango will undergo more tests in the days to come to tell if his spine is healing. 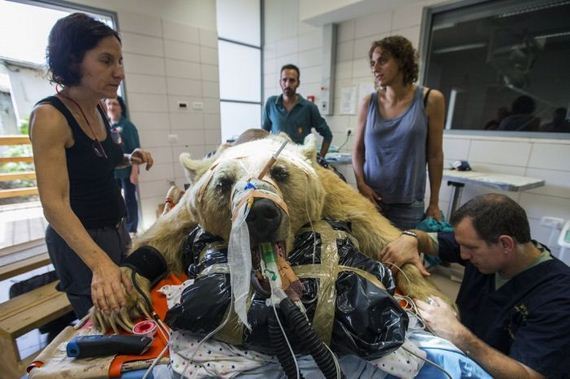 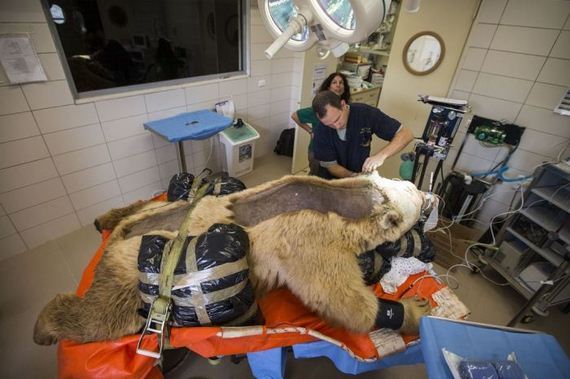 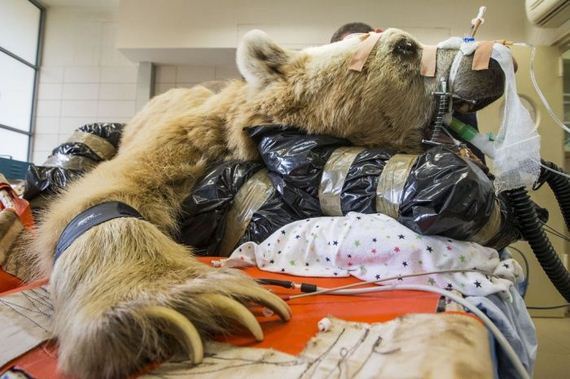 Poor (not so) little guy. Hopefully Mango will make a full recovery soon, and when he does he’ll have a cool new haircut to show his bear friends.

Previous Meet Europe’s Tiniest Politician
Next Here Are The 16 Most Simple Yet Disastrous Decisions Ever Made.Hurts So, So Bad.