Historical Pics Prove Life Has Always Been Full Of WTF 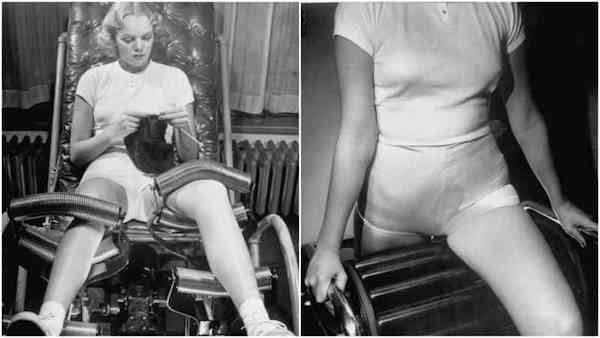 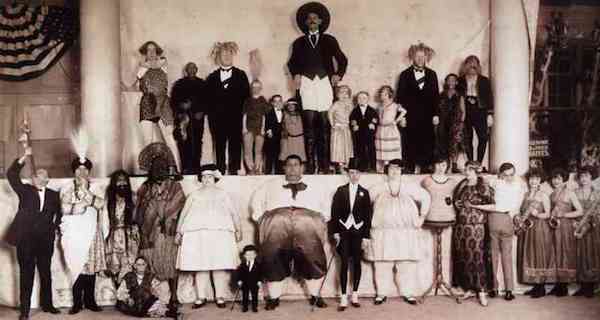 The results of a snowball fight on Stanford campus. 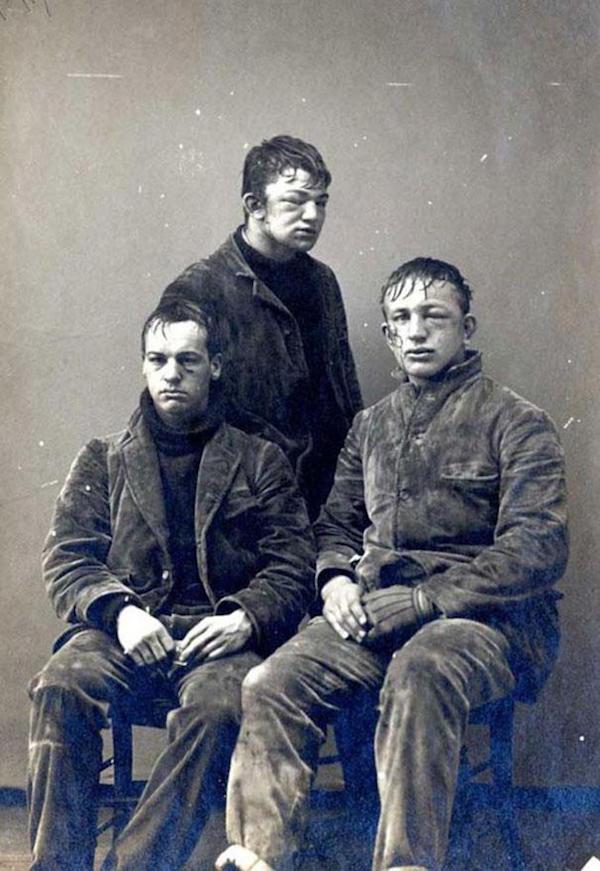 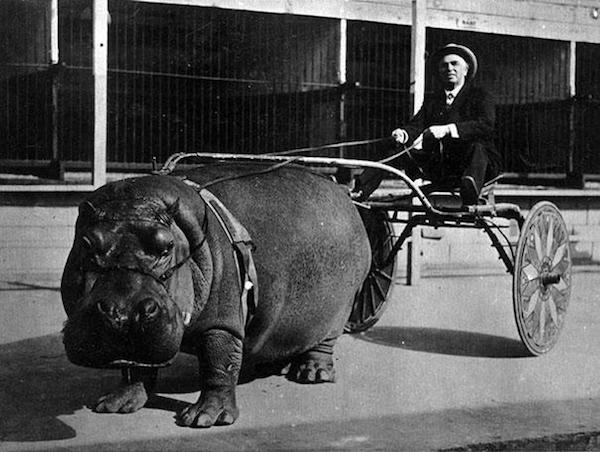 If you cringed and looked away, don’t worry, I did too. This is actually a picture of Disney engineers working on an animatronic. 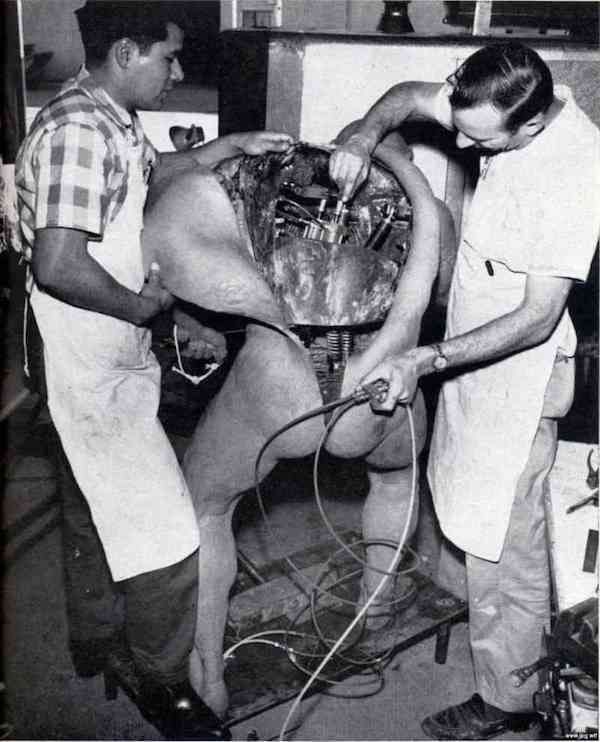 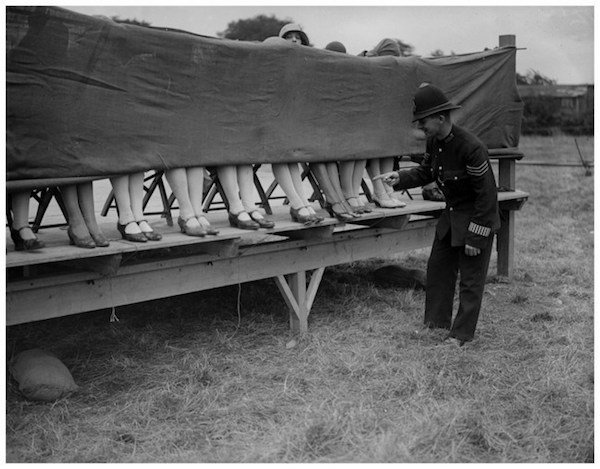 Speakeasy dumps its illegal booze shortly before being raided. 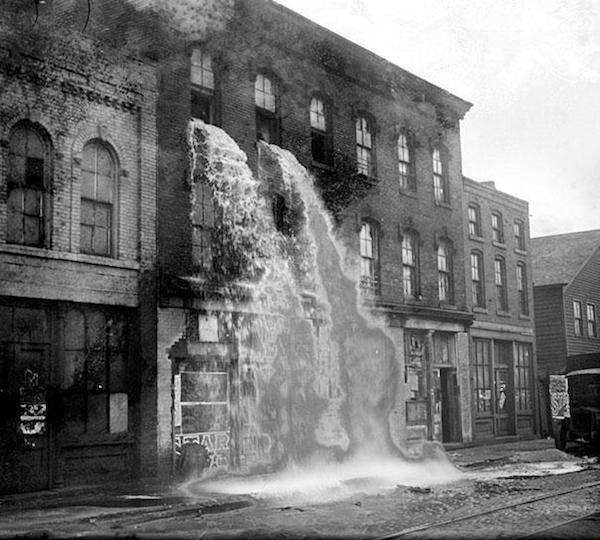 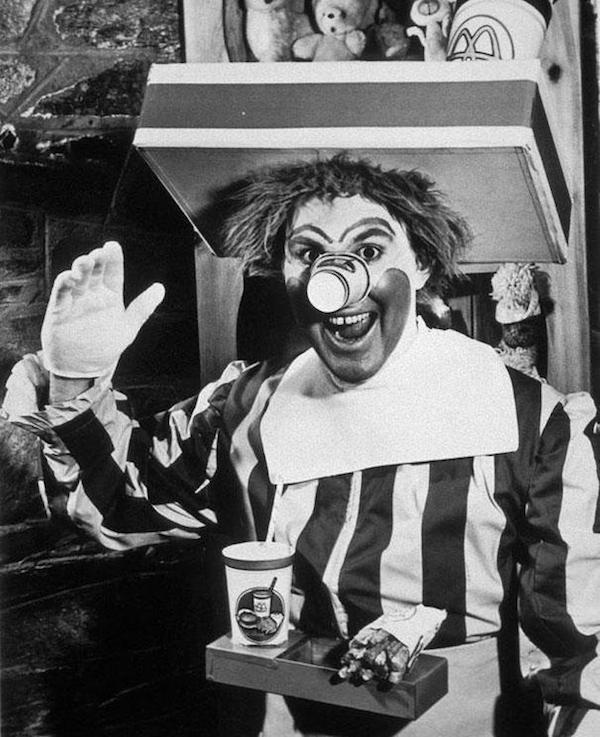 Annie Edison Taylor, the first woman to go over Niagara falls in a barrel. She would later be quoted saying, “I would rather die by cannon fire than go over the falls again.” 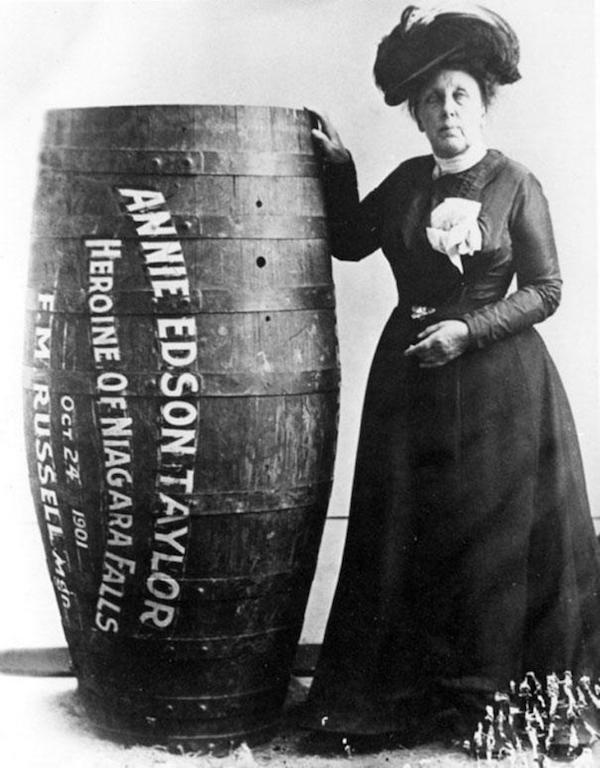 And this is how they used to test bulletproof vests… 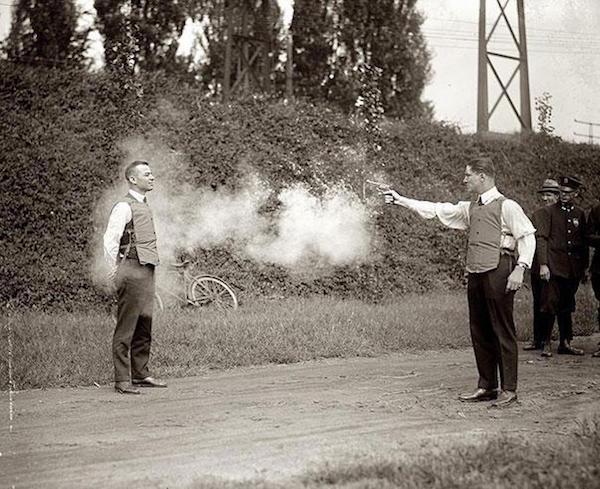 An apartment “baby cage,” because all kids need a little fresh air once in a while. 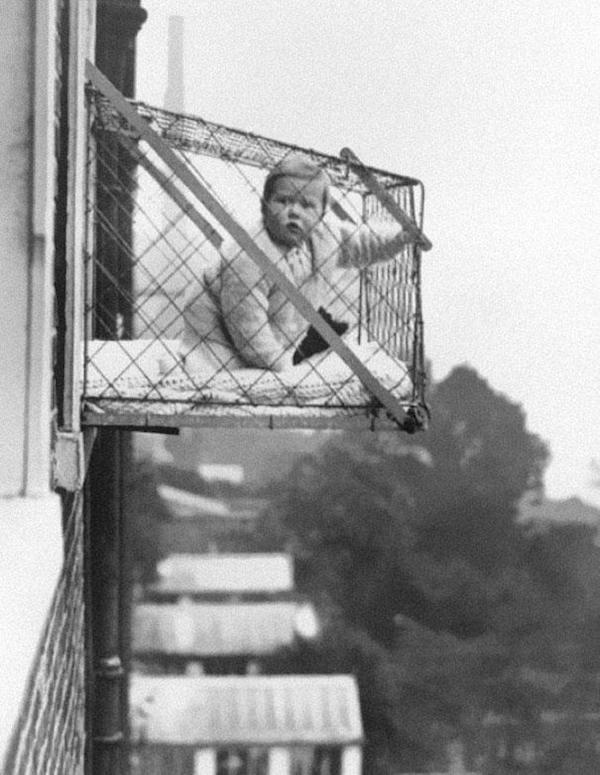 These two guys just completed an 8,000 mile walk from Caracas, Venezuela to Washington, D.C. for the first ever Boy Scout jamboree. It took them two years. 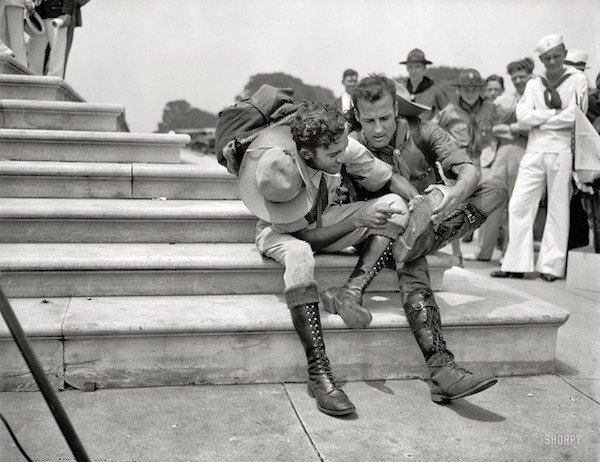 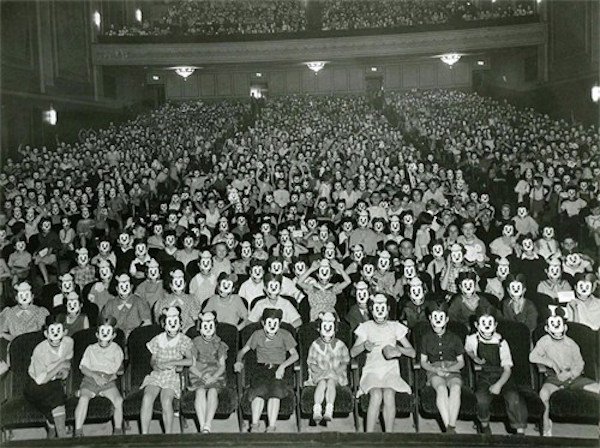 A gas-proof baby stroller just before the outbreak of WWII. 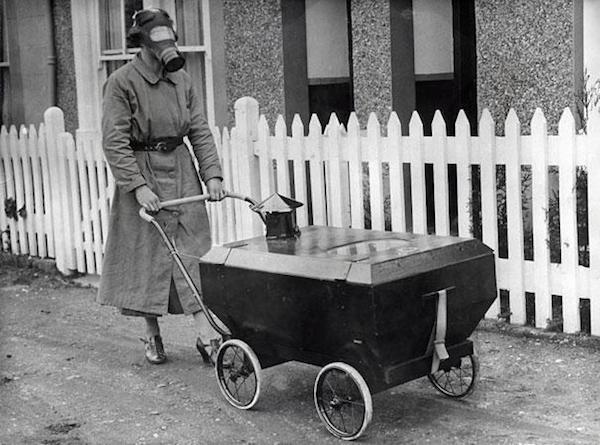 Ham, the first chimp in space poses jubilantly with a newspaper commemorating his adventure. 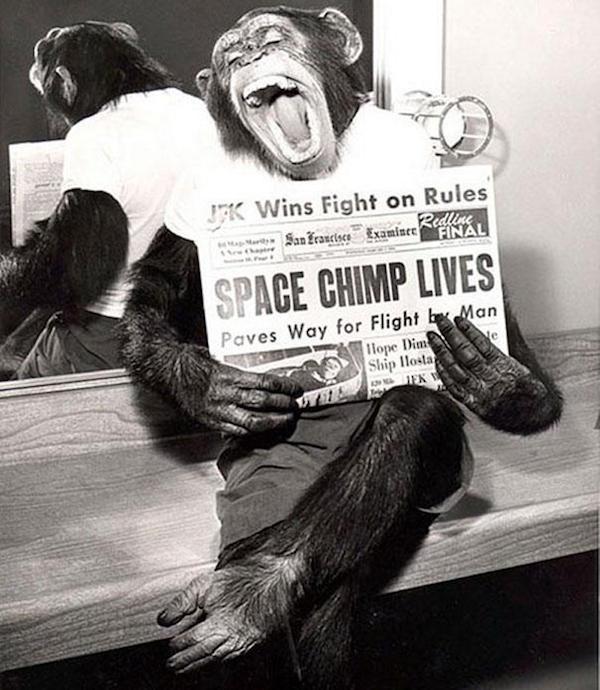 The Statue of Liberty’s face being delivered in 1885. 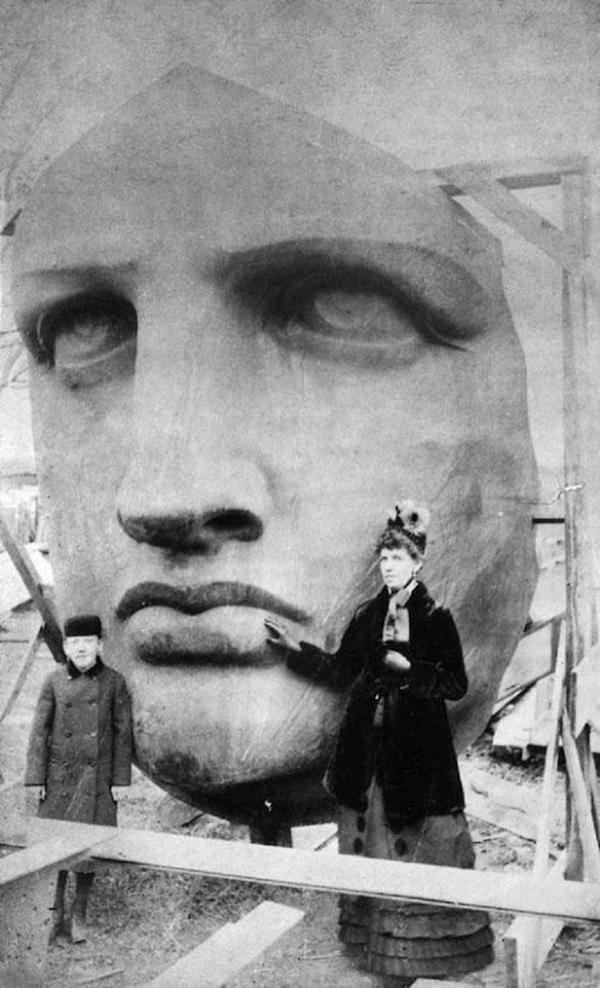 Testing out new leather football helmets. At least he didn’t have to test the bullet proof vest. 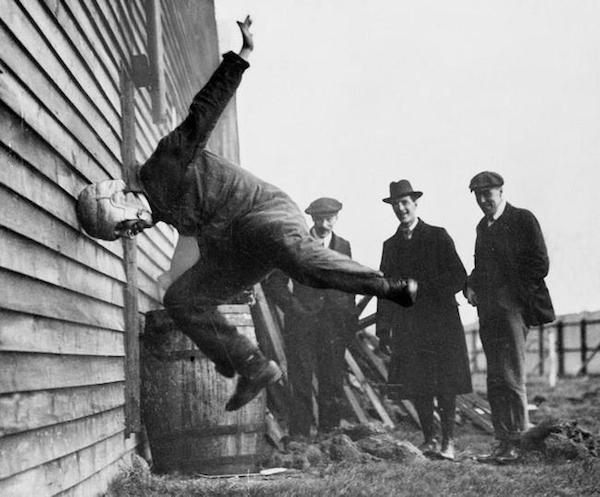 The very first spray tan machine. It looks like she should be filling her gas tank. 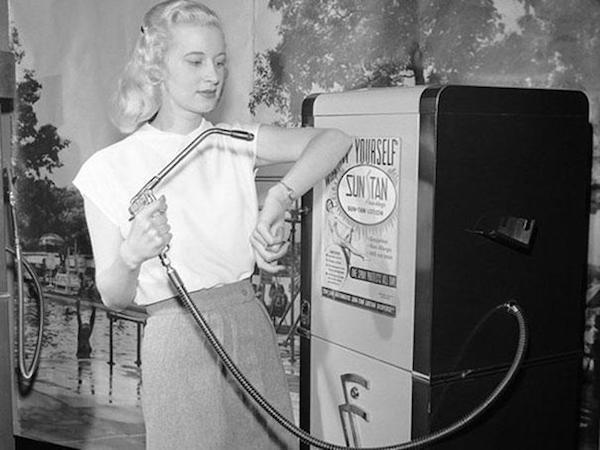 The largest black sea bass ever caught (at the time). This monster was reeled in by one man. 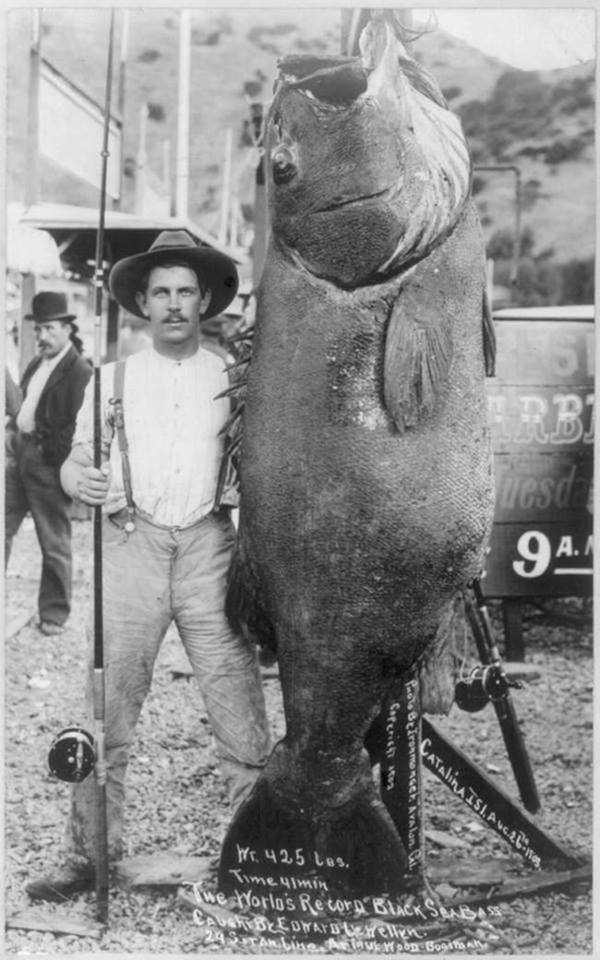 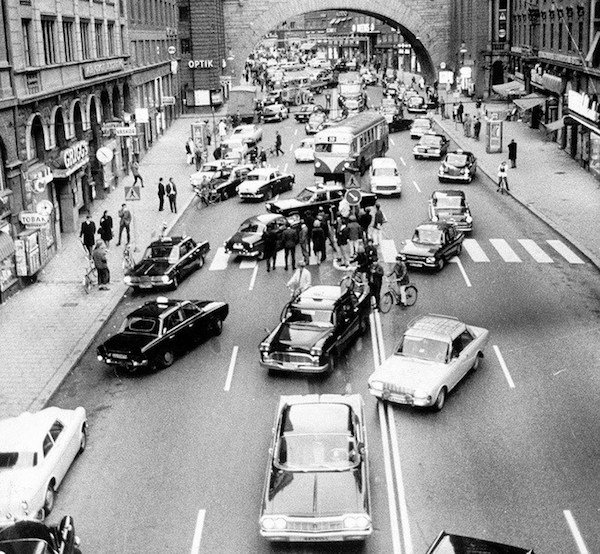