Holding him until his last breath

On the Military’s roster, the Air Force K9 German Shepherd was simply known as “MPC Diesel N008”. But to Kyle Smith, a Military Patrol dog handler who was stationed in Kyrgyzstan during the country’s cold winter season; his man’s-best-friend had a name, “Bodza”. 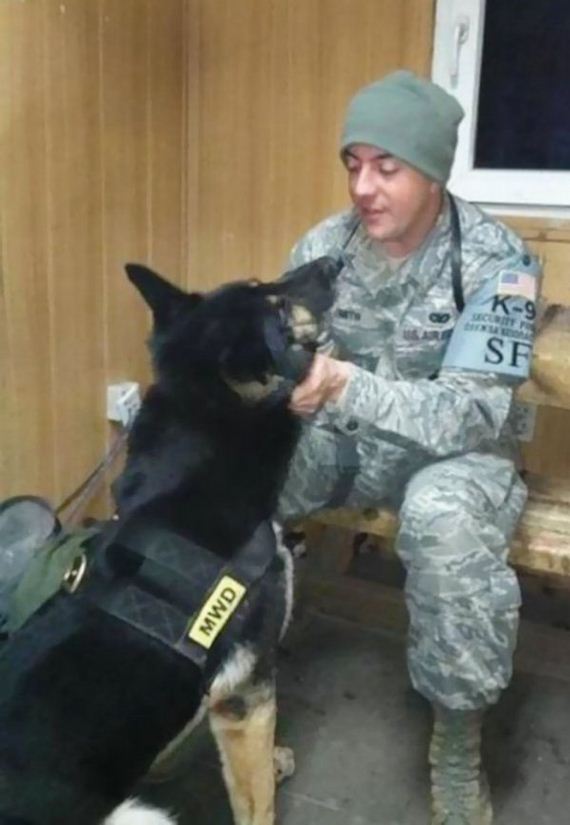 As for the team of 2, it would be Kyle that learned from Bodza. The K9 had been sniffing out IEDs in Iraq and Kuwait since 2006. Where as Mr. Smith was a new handler who took on the war-hardened dog in 2012.

“I loved working with him because he taught me patience as a young handler, and how to understand that this job isn’t just about you”. 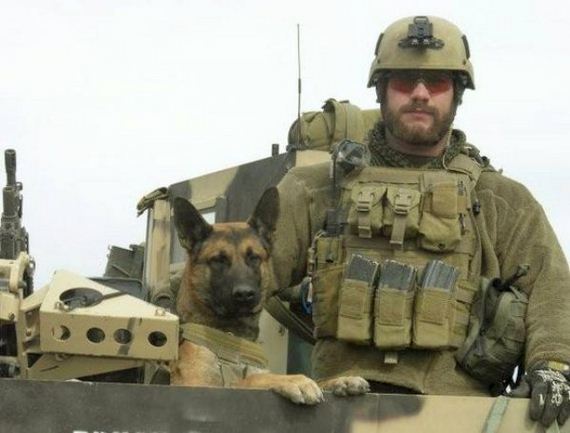 While the two weren’t busy patrolling, they’d pass the time playing around the base’s perimeter.

“Bodza was a goofy and gentle dog,” Smith said. “We had horse stables directly beside our obedience yard and when (the horses) were out, no obedience was going to be done. He’d run the fence line continuously.” 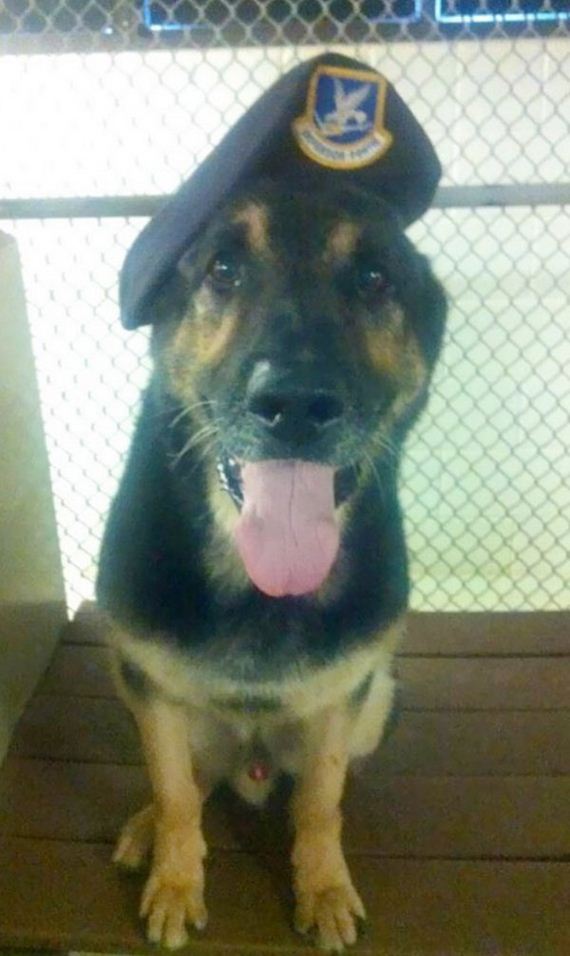 “He liked to bark at his own shadow, so I’d always mess with him. (I’d) make my hand a shadow on the ground and move it,” Smith said. “I guess he thought it was a rabbit.” 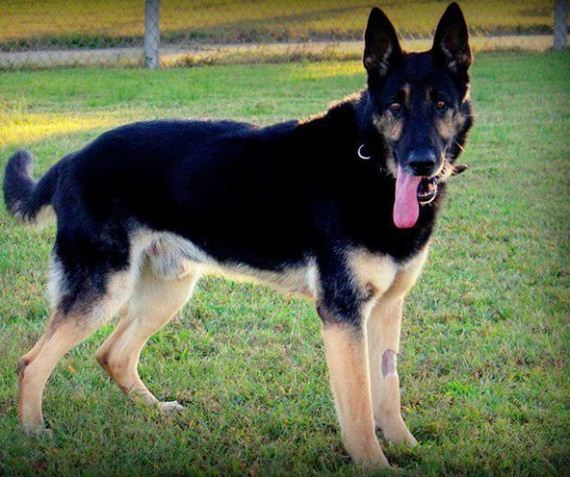 Those small moments would help Kyle get through deployment. 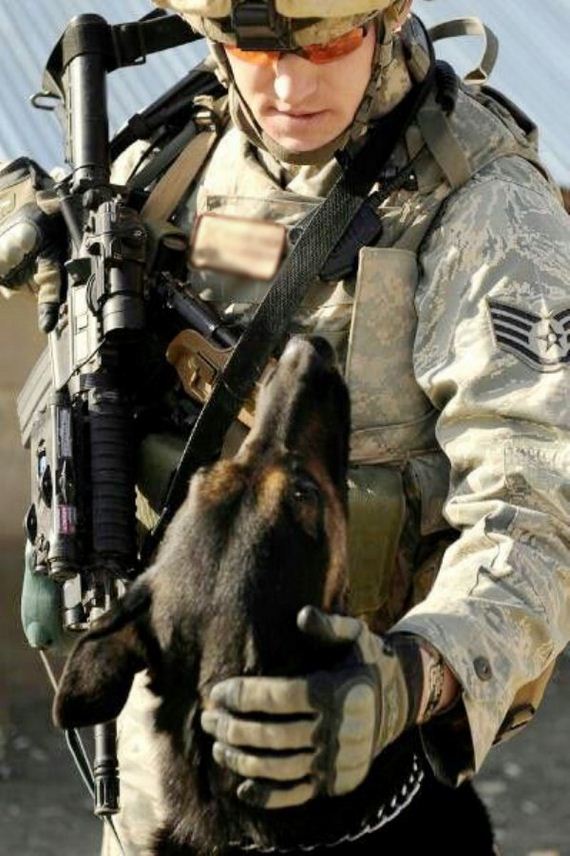 After years of Service it was Bodza’s time to retire. He would need a new owner and Kyle did miss the opportunity.

“I took him home the same day”. 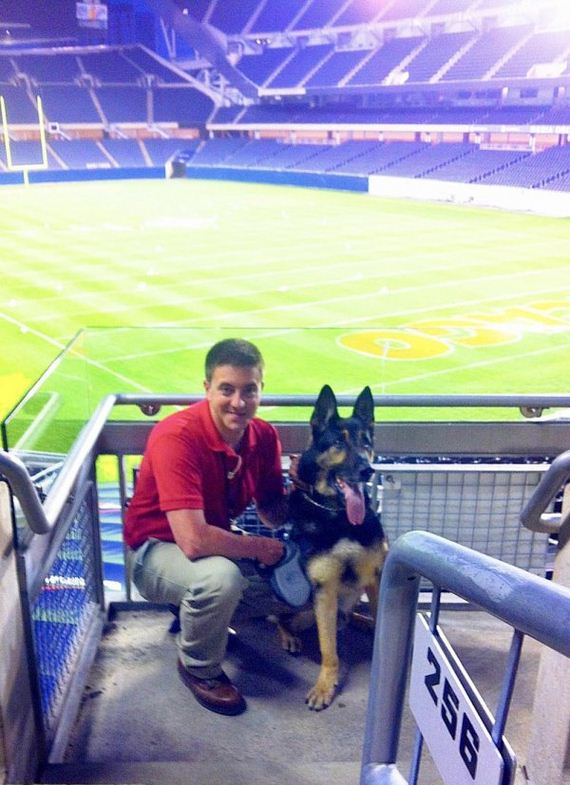 “He was even more loyal at home,” Smith said. “He followed me around everywhere. He would lay his head down flush with the bed and tell me good night, every night.” 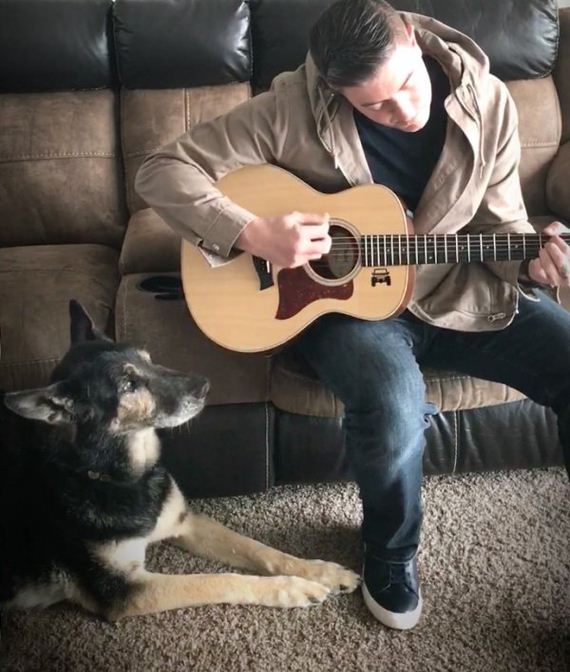 Last summer Bodza was diagnosed with Degenerative Myelopathy. It would slowly breakdown his spinal cord…and the disease was incurable.
“His hind limbs lost their use and he could barely stand up anymore; he couldn’t handle the stress on his body and using the restroom was a task.”

The pain had reached the moment where Kyle understood that it was time to make the hardest decision.
Nine of his Kyle’s co-workers made the trip to the Fort Bliss Vet Clinic in El Paso, TX. They helped him layout a blanket for Bodza’s final rest. 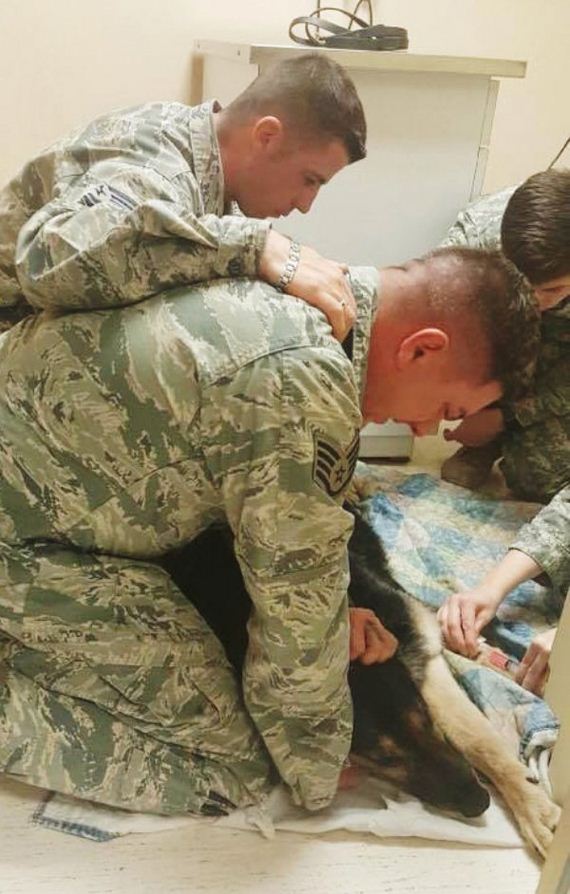 “I was holding Bodza as he passed”. Kyle slowly took his last look on his friend. For some reason that moment wasn’t sad; he was overwhelmed with the feeling that his ol’ friend looked happy.

“He had a smile on his face when he was getting put to sleep”. 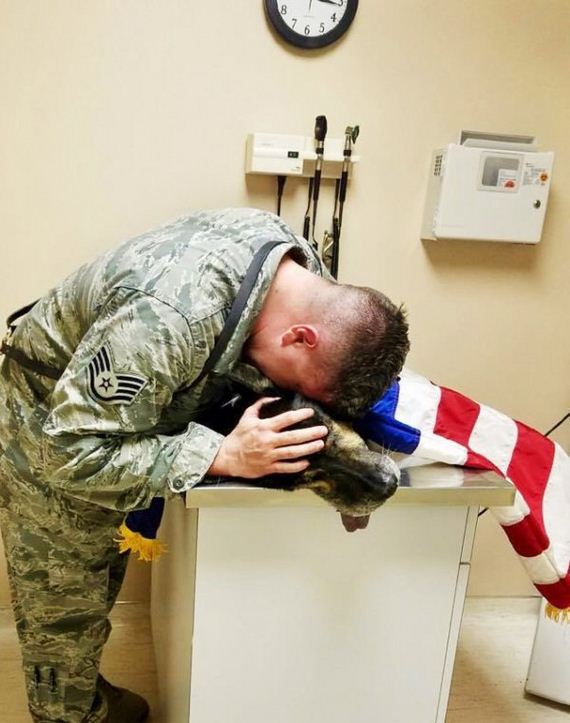 As Mr. Smith laid there in tears, his boss, “grabbed a flag, and draped it over him and let me have a final moment.” 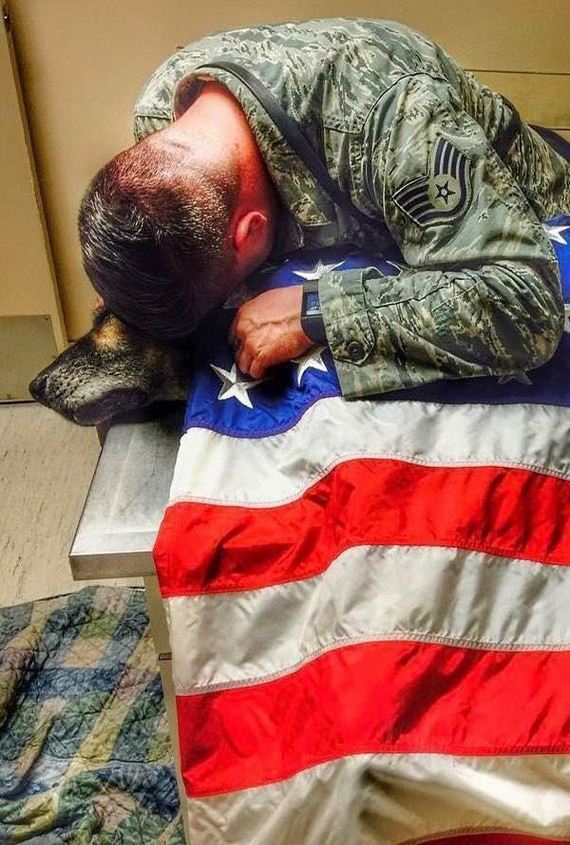 “I will never forget how loyal he was,” Smith said. “He was selfless (and has) done so much for next to nothing…and did it with a smile. I miss him every day.” 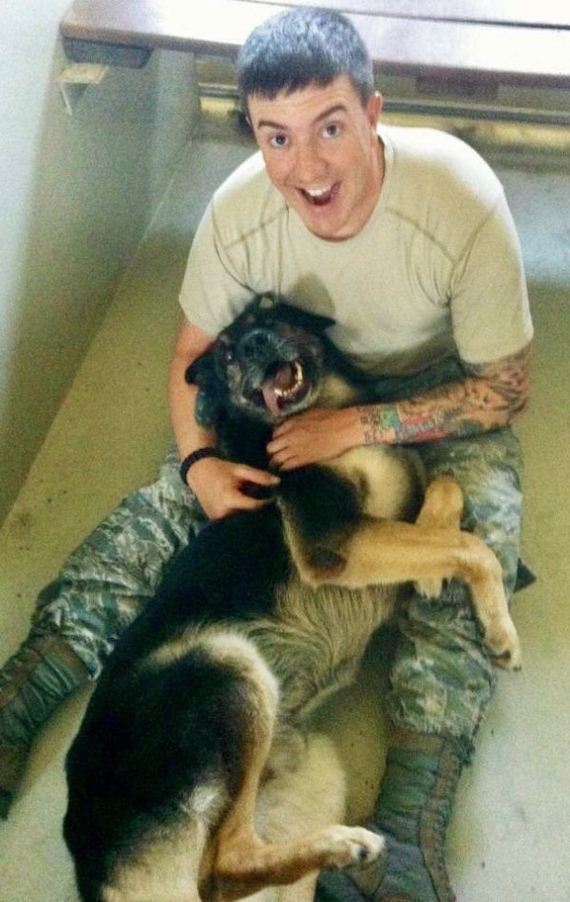 Previous Hilarious Faces of Olympic Athletes You Won’t Have Seen Before
Next This Monastery Adopted A Stray Dog, Now He Enjoys His Life As A Monk