This is João Coelho Guimarães, who came into the barbershop and asked if he could trim his beard 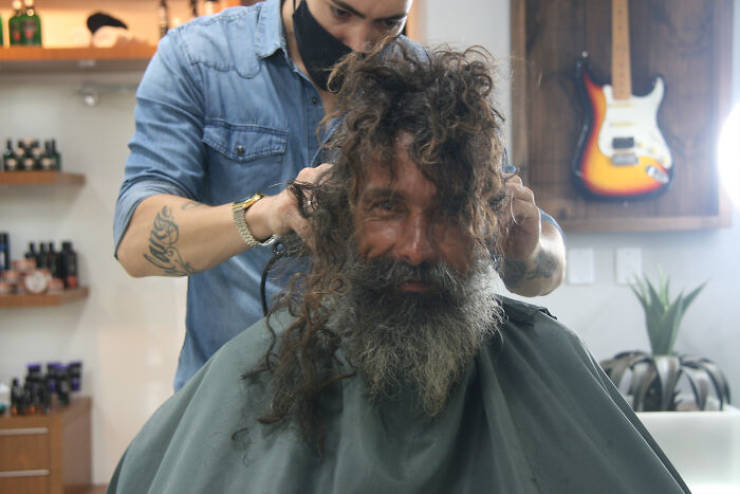 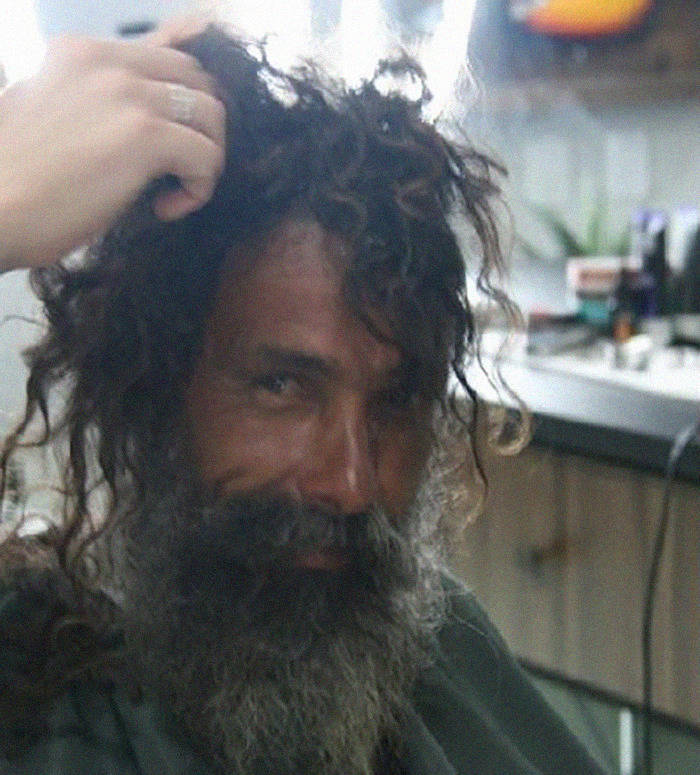 We asked Alessandro, the owner of the barbershop, some questions about the event, and here’s what he had to say when asked why they decided to help João: “We decided to help him because we saw the extreme need he had. We made friends with him over the past two months. And when he asked us for a razor, we welcomed him and gave him the full experience.” 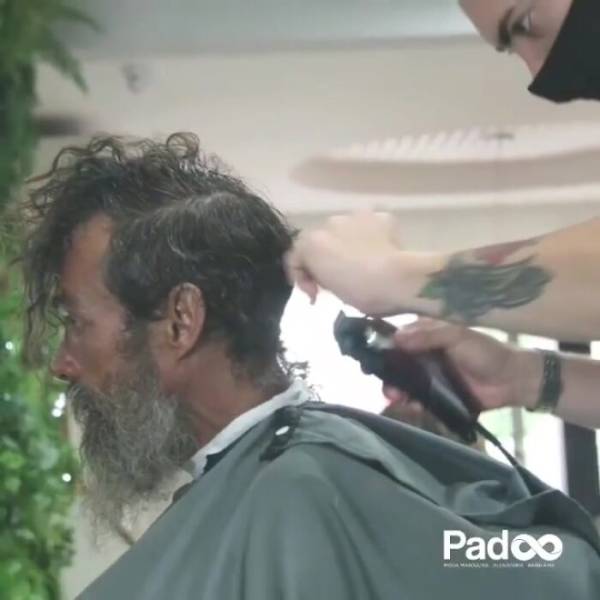 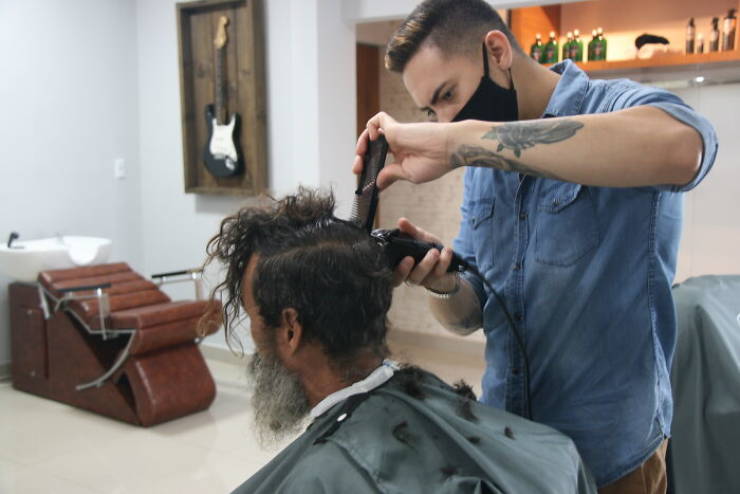 “We have some social aid projects, and for us, it is very gratifying to be able to help people, whoever they are. In this time of the pandemic, many people lost loved ones and others were left with financial difficulties. A little help is always welcome in such a difficult time,” Alessandro told us when asked if they help homeless people often.

They told João they would give him a complete makeover 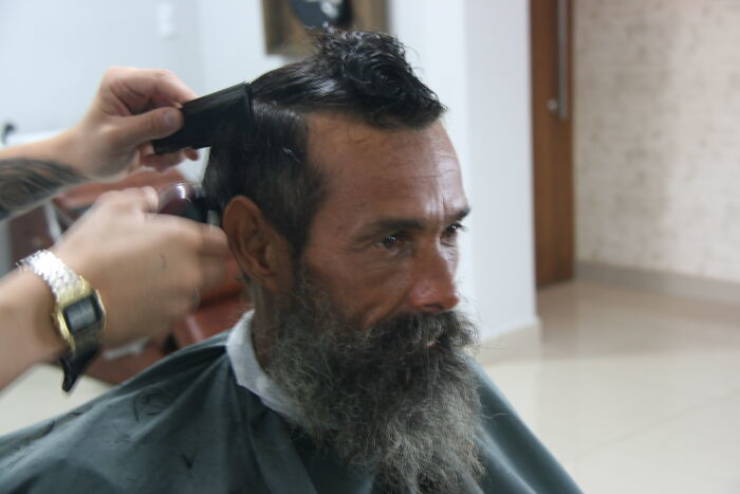 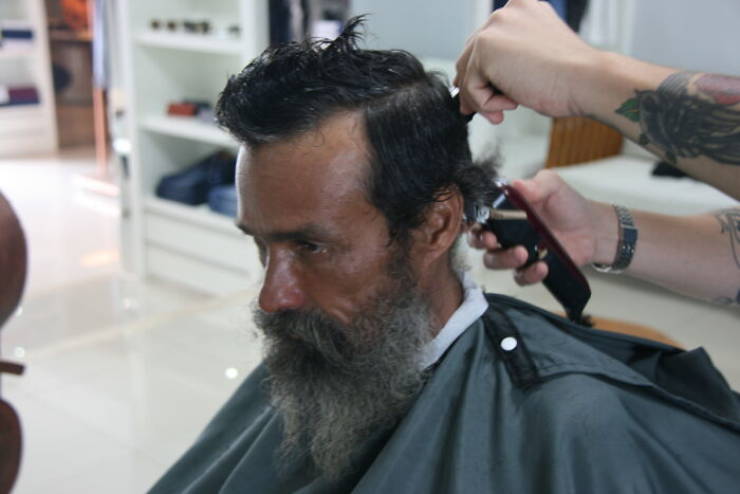 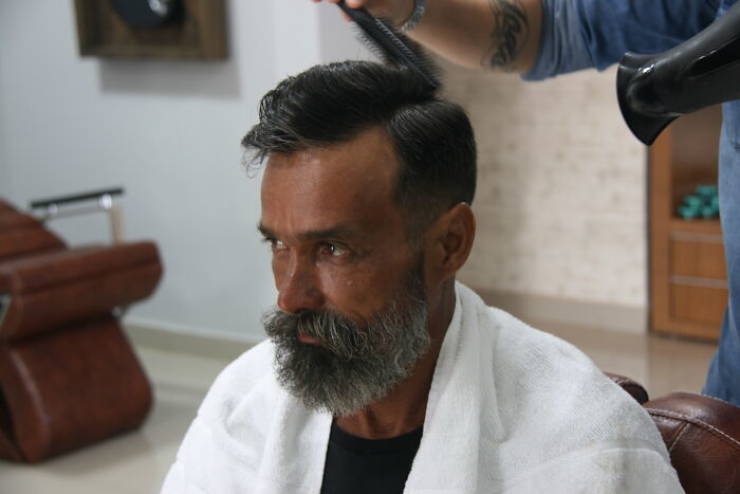 They shaved and cut his hair, trimmed his beard, and washed João up 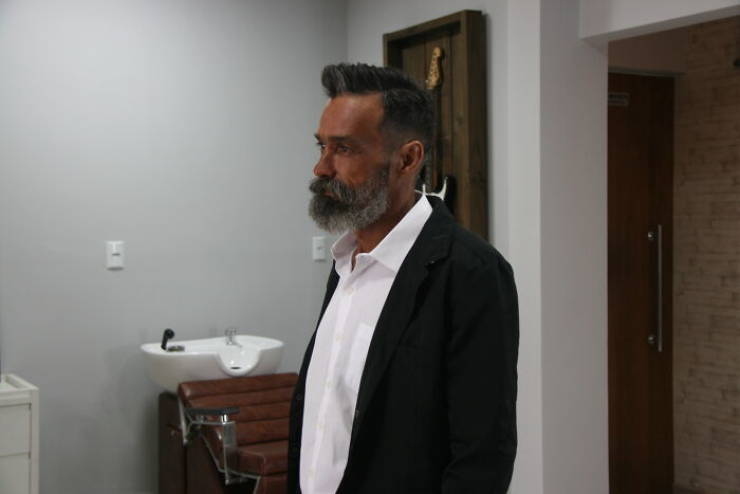 “It took two hours to complete the transformation. The whole team volunteered and everyone did a little, adding up to a surprising result.” After they gave him the makeover, Alessandro said João had the sweetest reaction. He was genuinely surprised and really grateful. He didn’t say much, but the tears were enough. We were surprised to see that he was also beautiful on the outside, not only in.

By the time the barbers were done, João looked completely different 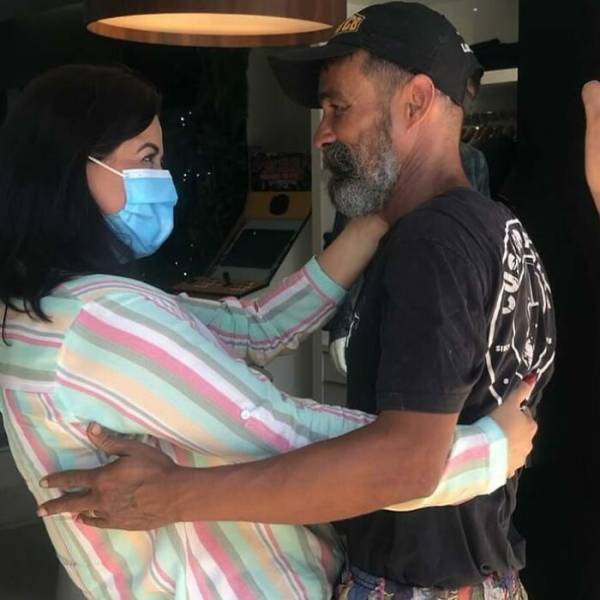 We asked if he knew why João left his home, and Alessandro said that he didn’t want to ask: “I didn’t want to get into the question of why he left home. He must have his reasons, but our intention was just to give him a little dignity at that moment.”

Soon after the photos of the transformation were shared, João got an even bigger surprise 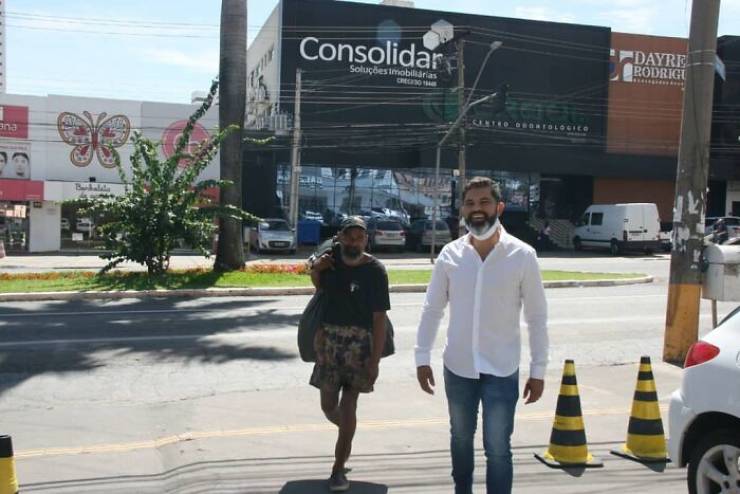 The person who recognized him and came to meet him was his sister: “His sister Maria Coelho came in a hurry when she saw the pictures. She lives in Brasília DF and has been waiting for 10 years to hear some news about him. She even thought he was dead.”