Some cinema characters’ images are so famous and recognizable to us that we can’t even imagine them looking differently. But what if we slightly modify their well-known haircuts and outfits?

Jack Sparrow, Pirates of the Caribbean 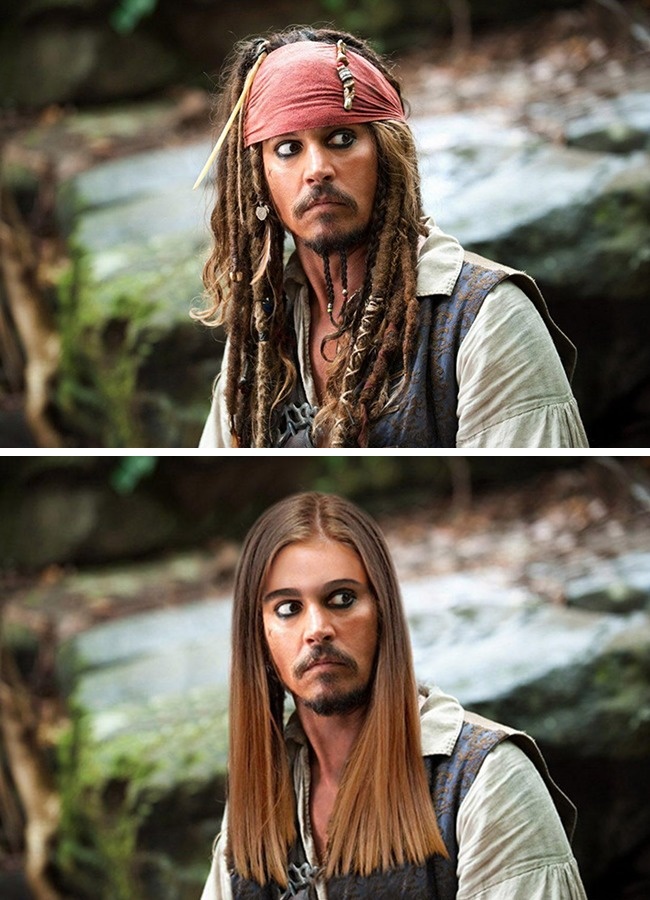 Captain Jack Sparrow always looks like a true rastaman: dreadlocks, a bandana, a beard in braids. We decided to add some gloss: we brushed and straightened his hair and cut off the braids. Well, the result is rather funny: our hero seems to be shocked by the metamorphosis. 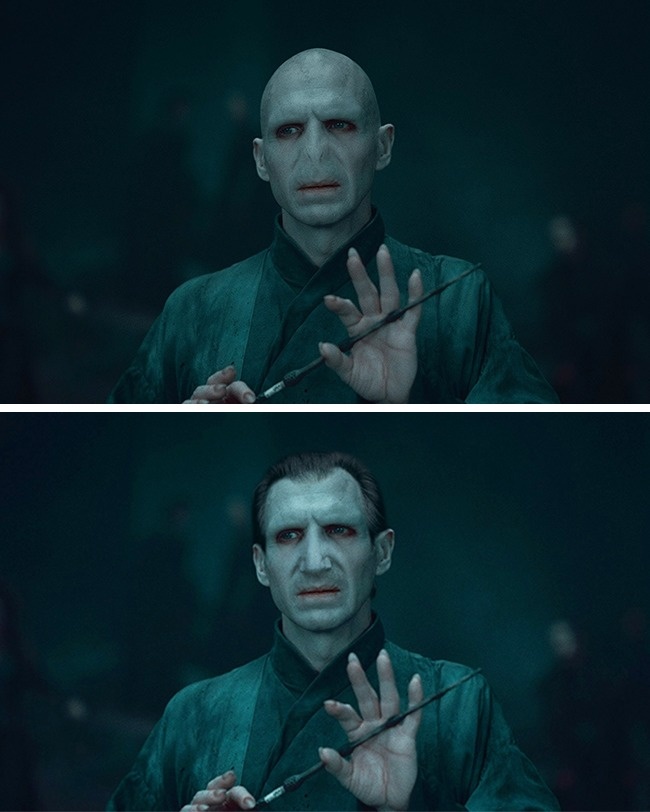 The main villain among magicians was never very lucky, and perhaps that’s that the reason why he lost all of his hair. We corrected this injustice of the Universe, and even gave Voldemort a nose. Now that’s better, isn’t it?

The Joker, The Dark Knight 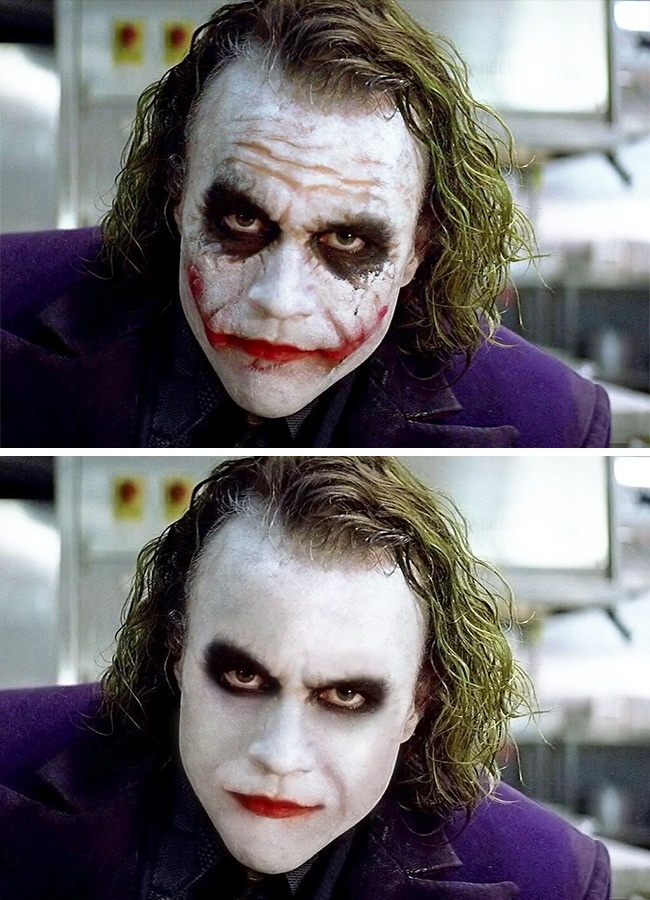 The Joker, played by Heath Ledger, is definitely gorgeous, but his makeup isn’t that neat and nice. We couldn’t resist the temptation to change the Joker’s face a bit. Now it’s neater, but no longer that scary.

Doc Brown, Back to the Future 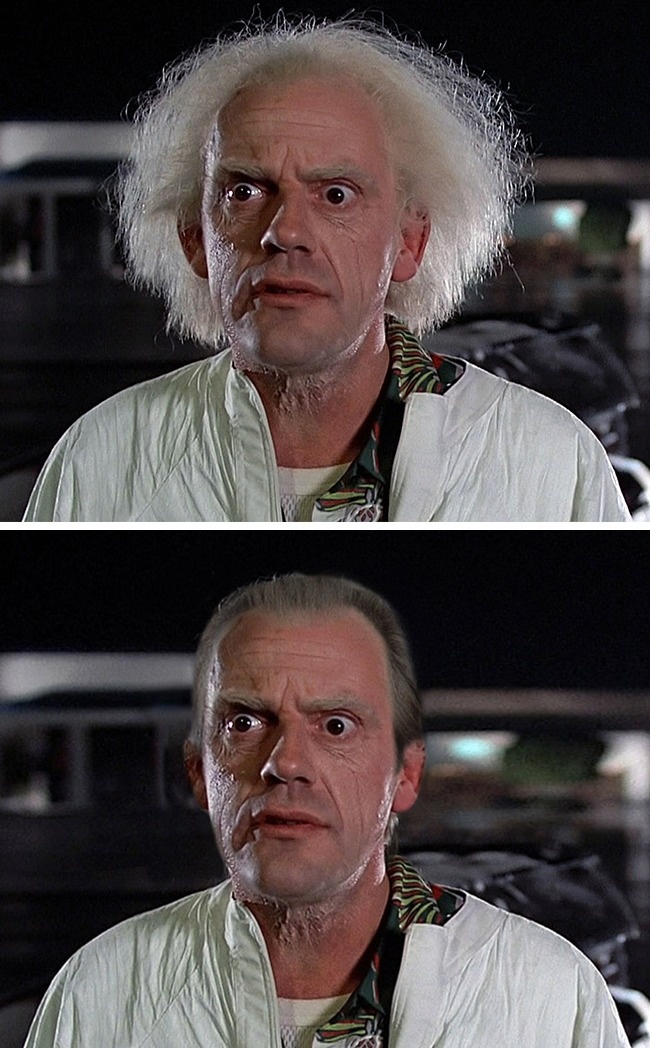 If you’re asked to imagine a mad scientist, thanks to his hairstyle you’ll definitely recall Doc Brown from Back to the Future. It appears that Doc’s success is hidden in his hair: goggled eyes and a tidier hairstyle don’t match each other all that good. 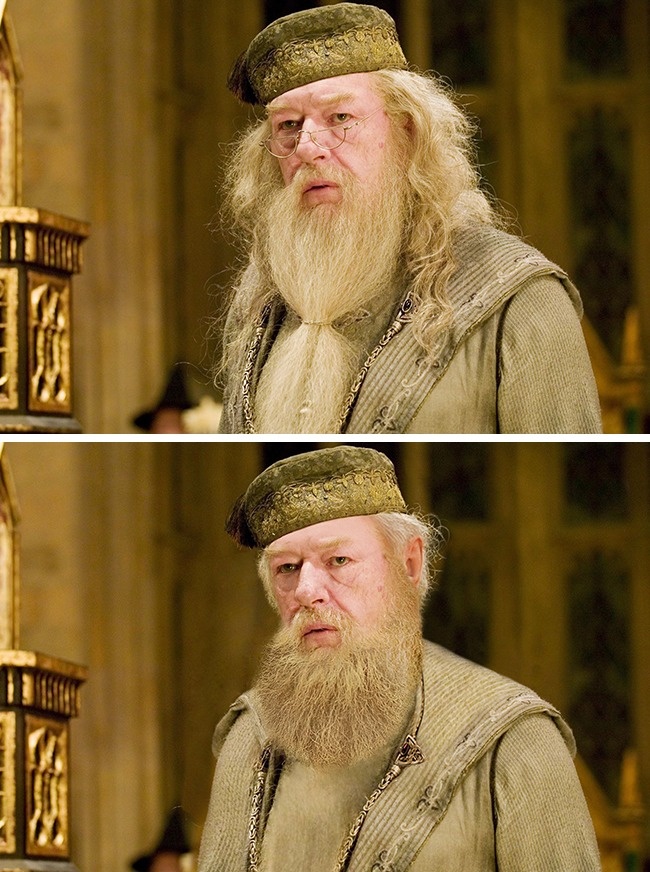 Professor Dumbledore, in contrast with his old fellow Tom Riddle, has great hair and a long beard. We decided to shorten them and took off his famous half-moon spectacles, but then understood that Dumbledore’s image was perfect and didn’t need any changes. 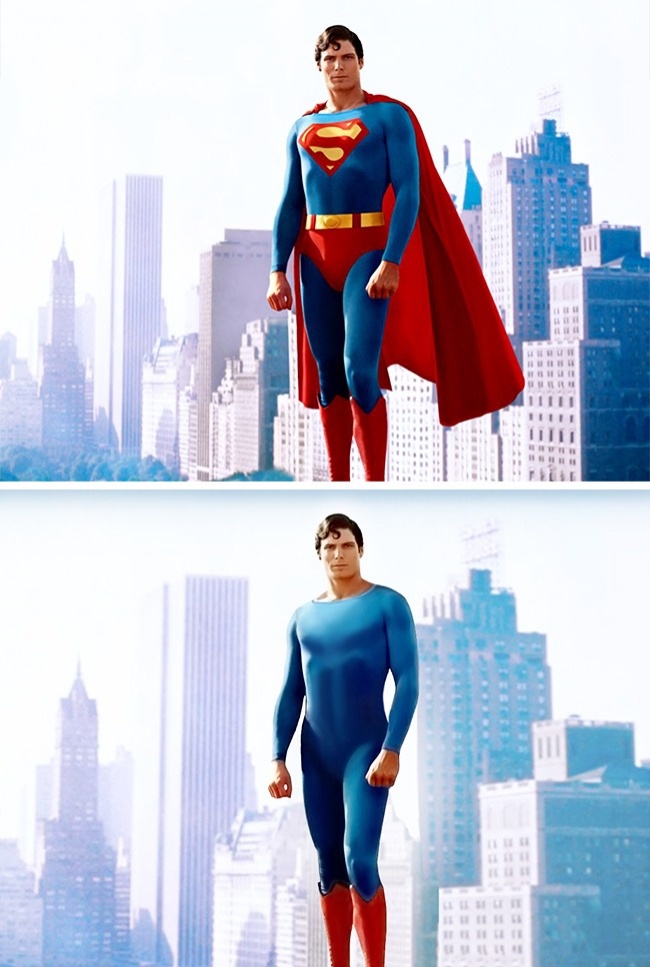 In this experiment, we picked the “classic” Superman: his blue and red costume was just what we needed. Though we laughed a lot, this hero didn’t become any less manly after he lost his main attributes. Although now his outfit looks like a heat-saving jumpsuit, but whatever. 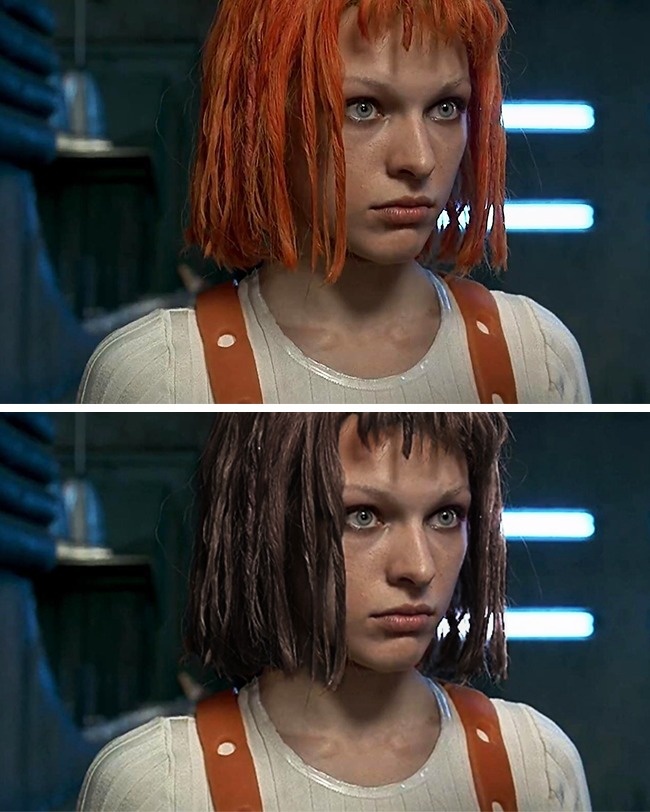 Can we imagine Leeloo with a different hair color? We tried it out and realized that Luc Besson put everything together just flawlessly.

Legolas, The Lord of the Rings 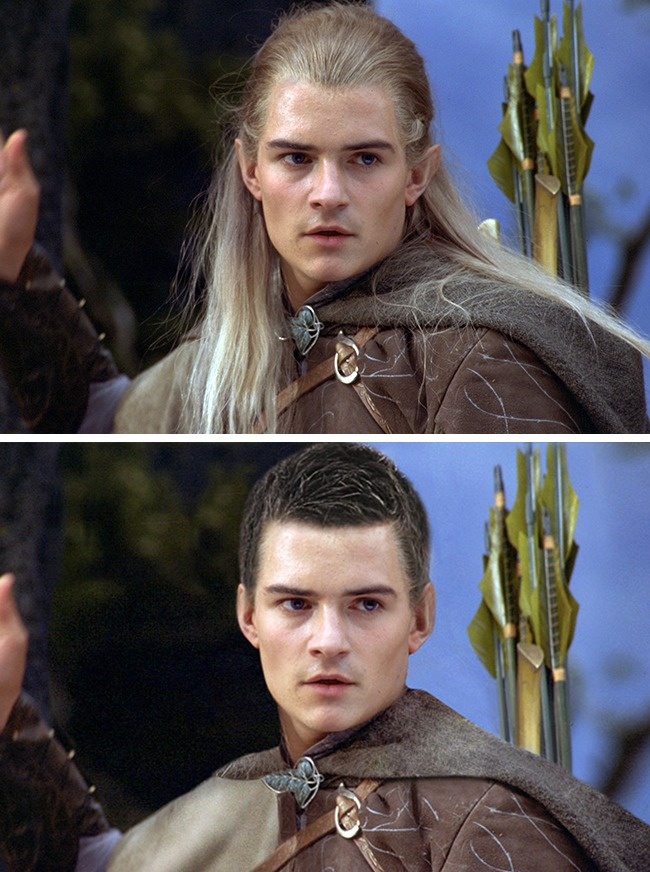 Legolas probably wins the prize for the title of the most handsome blonde guy in global cinematography. After a small experiment, we learned that he looks good even with dark hair. But with hair like this, Orlando Bloom would have starred not in The Lord of the Rings but probably in King Arthur. 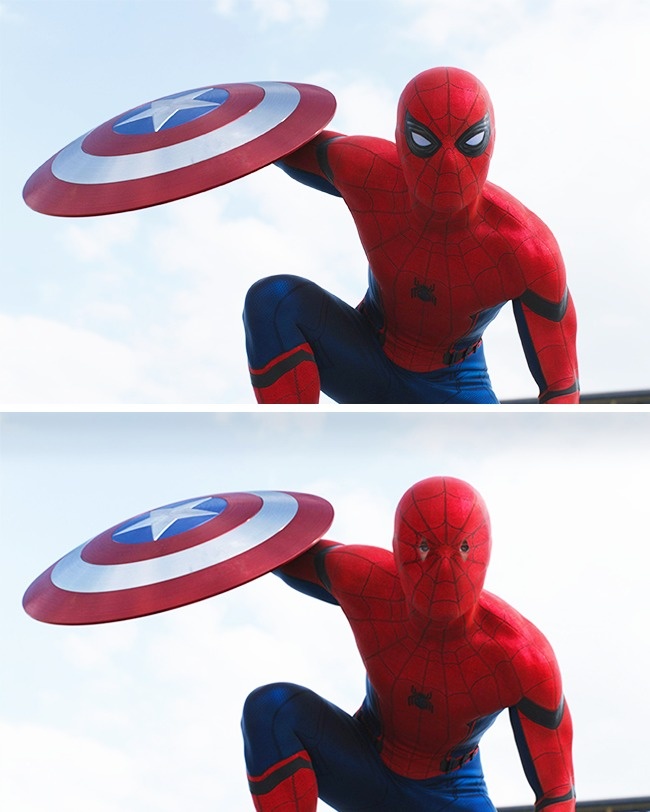 Out of all the superheroes, Spider-Man has the simplest costume — there’s just no extra stuff on it. But it appears that Spidey’s glasses are like eyebrows for a modern girl: there would have been another superhero in another cinematic universe without them. 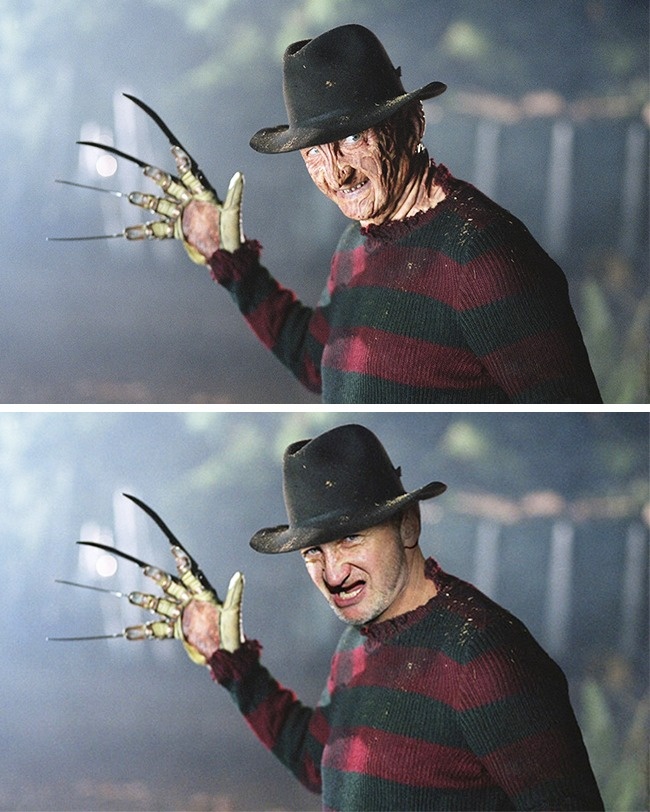 Besides his legendary striped jacket and a hat, another important attribute that Freddy possesses is his face: it’s just so awful that it adds even more horror. It was difficult, but we tried our best: we sorted out his skin and found Robert Englund’s grimace hidden underneath. He’s a handsome guy, by the way!

Previous Funny Pictures Vol.1475
Next The Missing Link Has Been Finally Found