Husband just wants to play video game. Wife has game of her own

Marriage is “for better or worse”, or so the preacher says. There have to be some limits to what a husband can take though. For example, his wife hiding his favorite game and forcing him into some morbid scavenger hunt! 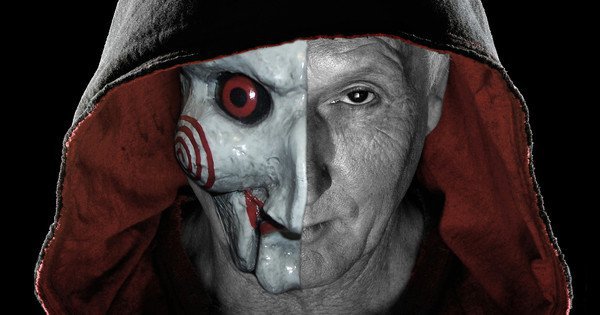 This unsuspecting husband just wanted to play some Fallout 4, but his wife decided to go full-on Jigsaw on him and make him work for it. 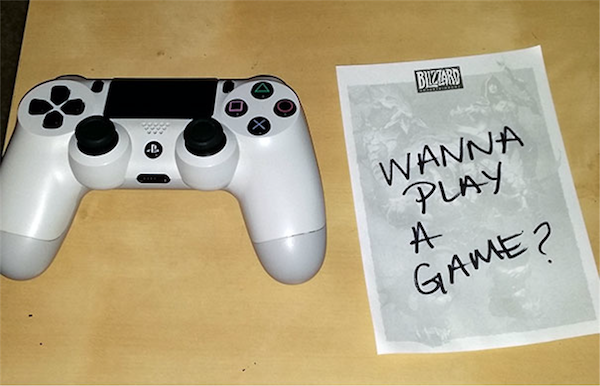 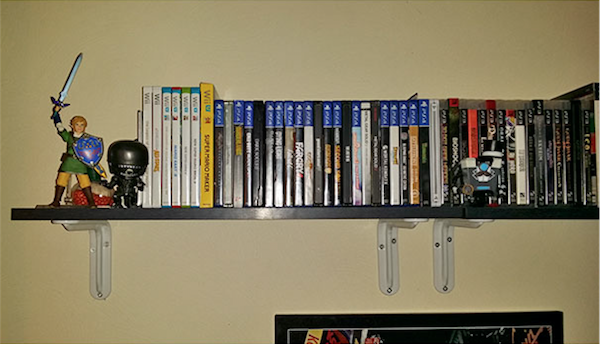 Fallout 4 being his favorite, he goes for that first. 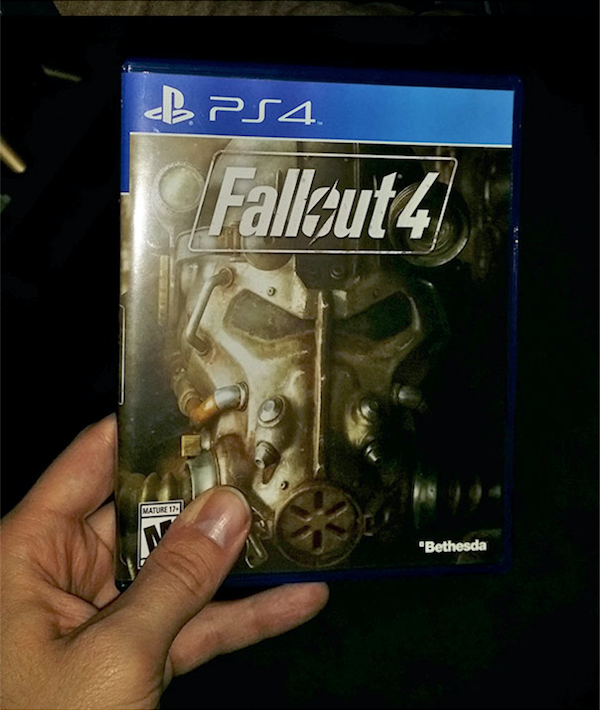 He was right. Not much of a game… 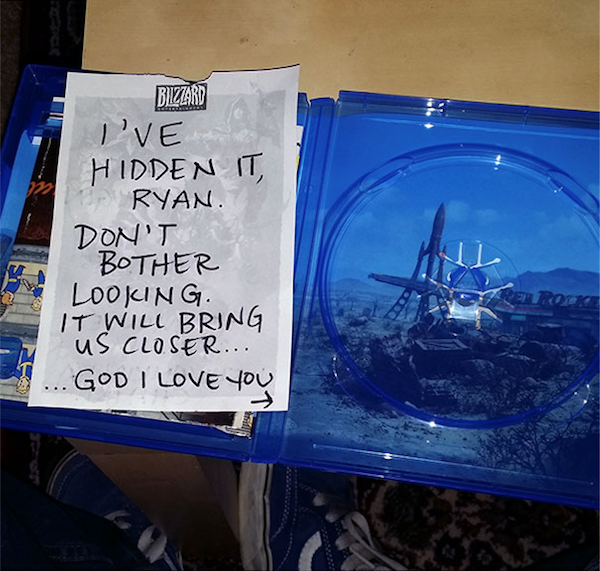 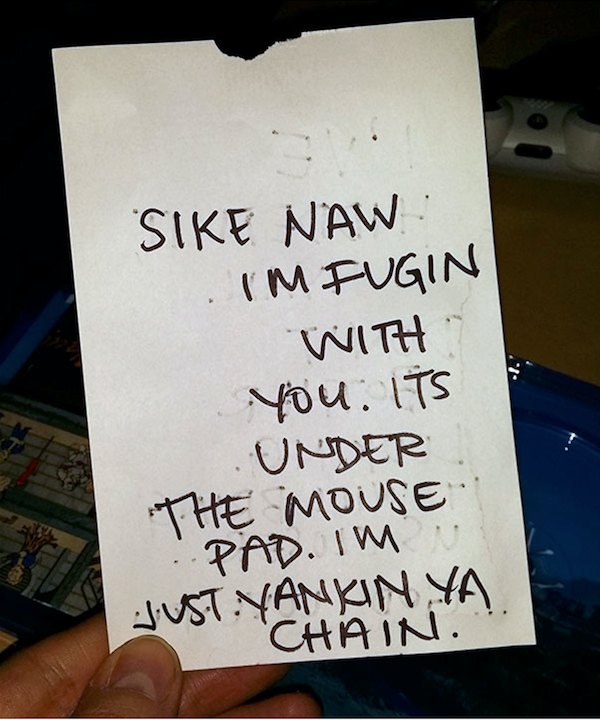 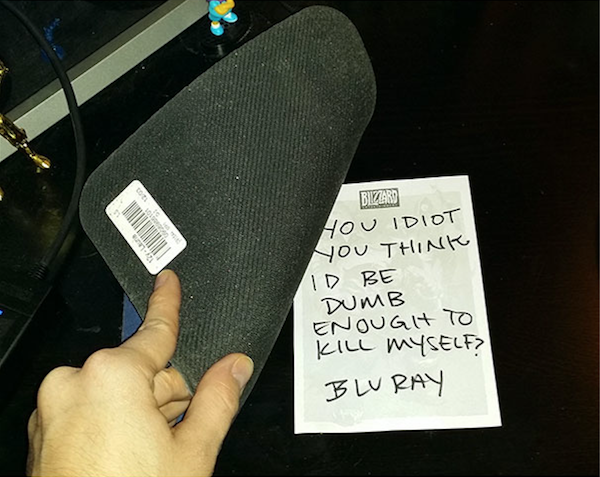 She’s actually cleverly placed a famous movie quote into this clue along with the obvious “blu ray”. To the movies we go! 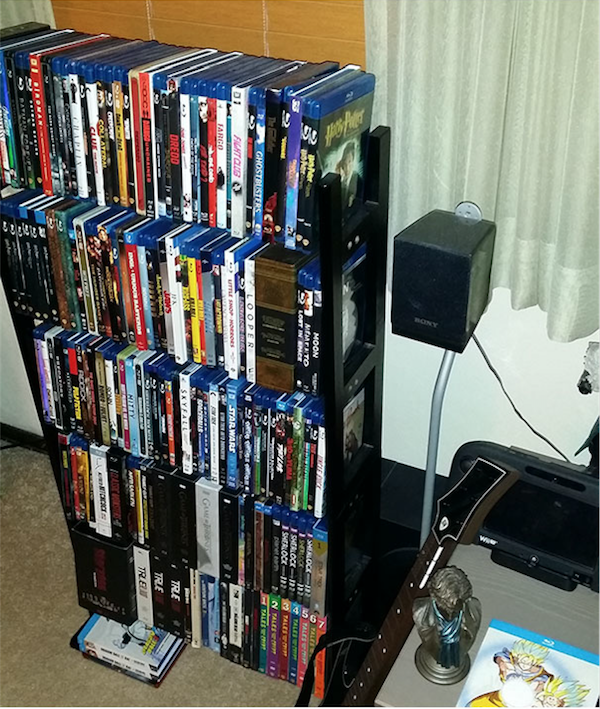 Quite a selection here. Did you figure out that quote yet? 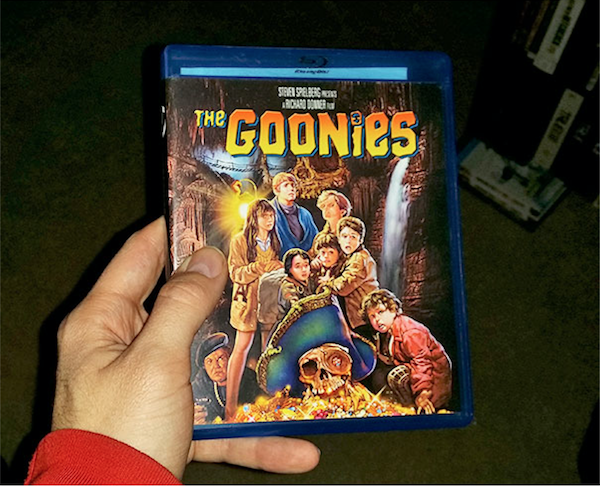 Data in ‘The Goonies’ actually says, “Did you really think that I would be stupid enough to kill myself?” 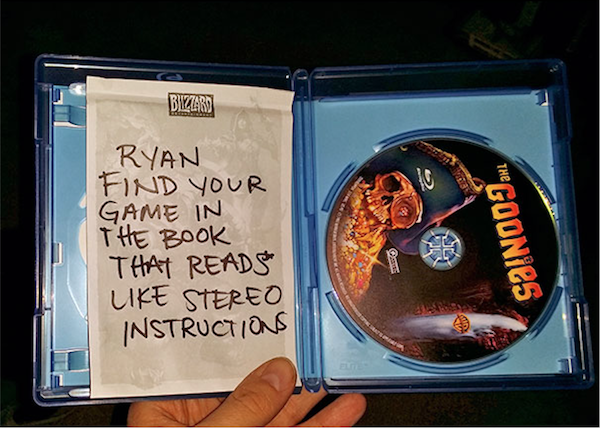 Thank god that’s over. Now for some gaming….

You can’t be serious. Another clue:

“Find your game in the book that reads like stereo instruction.”

This is another movie quote. Can you figure it out? 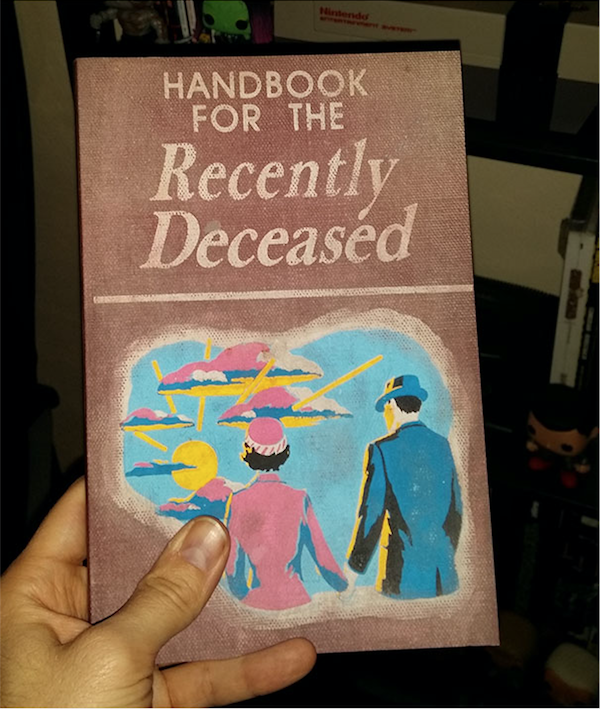 The Handbook for the Recently Deceased is famously portrayed in Beetlejuice where one of the titles characters proclaims it reads “like stereo instructions.” 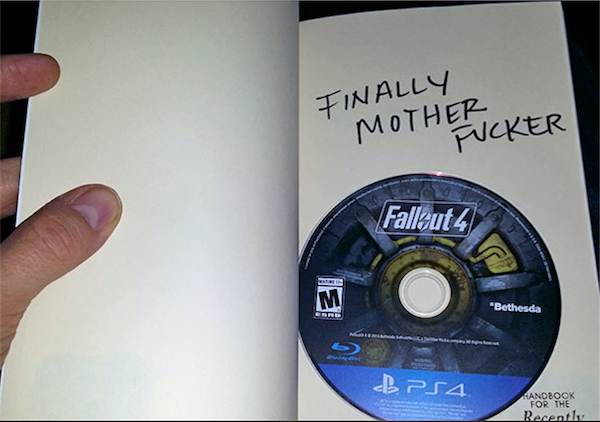 Nothing like having to work for your game time.