Imagine Crossing The Atlantic In A Floating Car 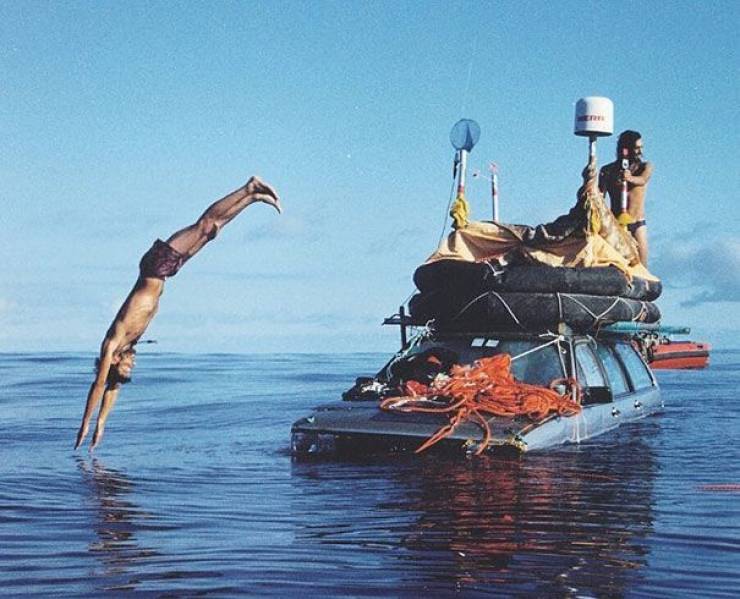 Apparently, it was Marco’s father, Giorgio, who came up with such an insane idea. A year prior to being diagnosed with terminal cancer, Giorgio devised a “sea-auto” and had a dream of crossing the ocean with it. 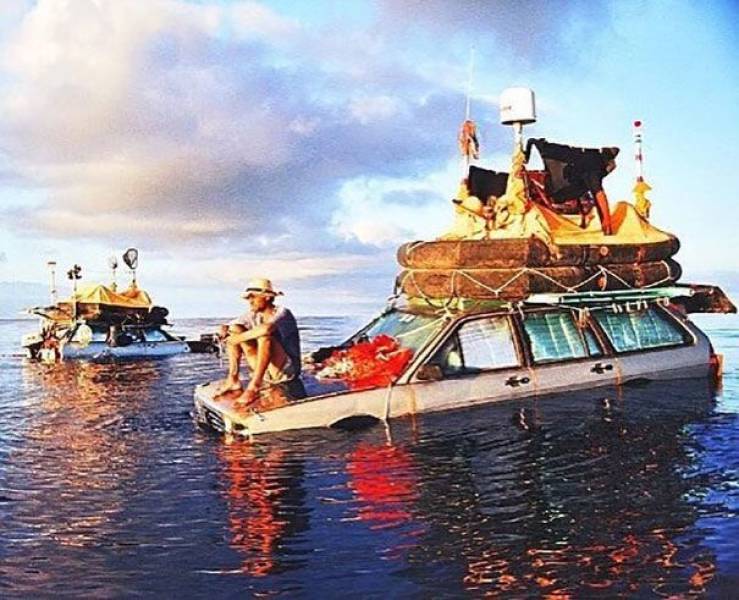 However, he was too sick to complete the trip, so his three sons and Marcolino set out to make his dream a reality. 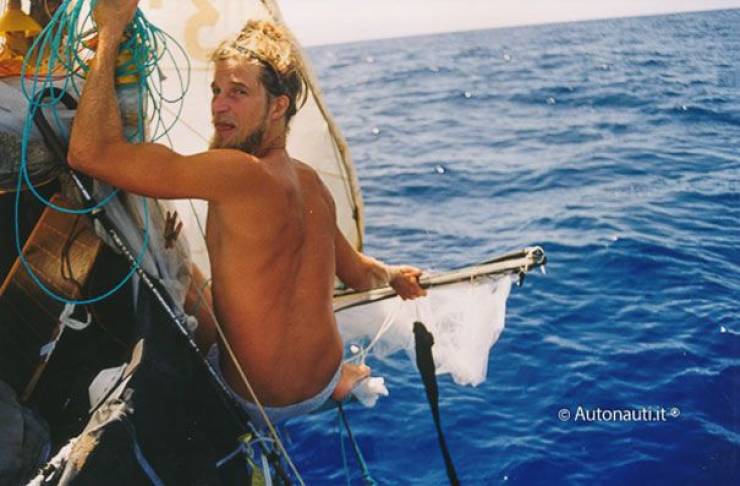 On May 4th, 1999, the four young men sailed away from the Canary islands to reach the other side of the Atlantic ocean. They used a wrecked Volkswagen Passat and a Ford Taunus filled with buoyant polyurethane to complete the trip. 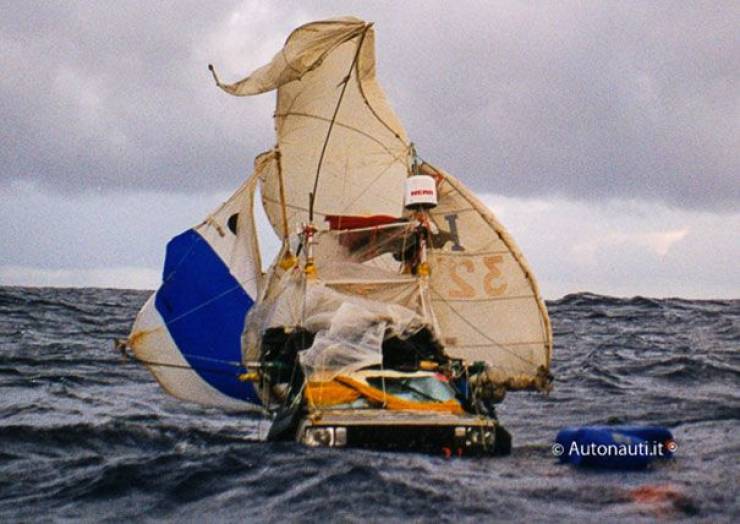 “The driver and passenger compartment was arranged as a shelter. On top of the car, we had a rubber boat with a hole in the middle that allowed us to climb in and out of the car”, Marco told the National American Journal Enquirer. 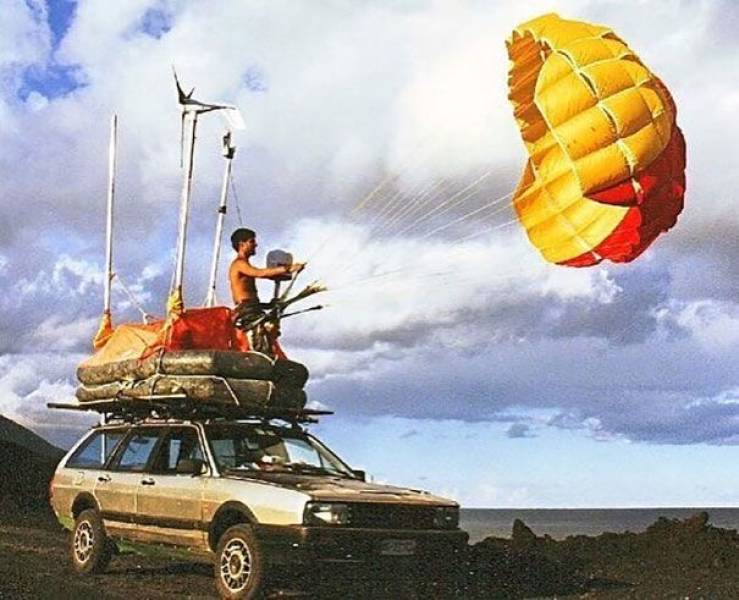 However, Marco’s two brothers couldn’t complete the trip and had to go home due to severe seasickness. But this didn’t discourage the two friends who remained sure they would be able to sail across the ocean. 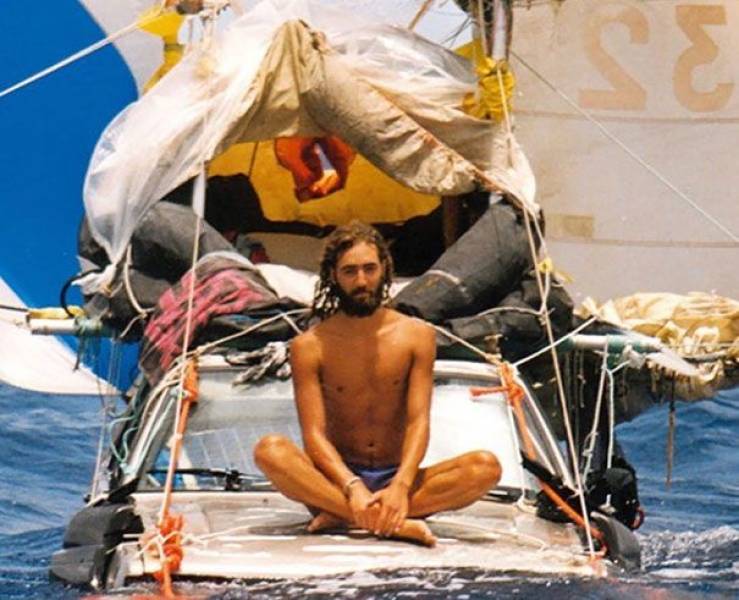 The journey wasn’t easy. The pair was frequently battered by storms and was also pummeled by a typhoon. At one instance, they lost all contact with the world when their satellite phone broke down. 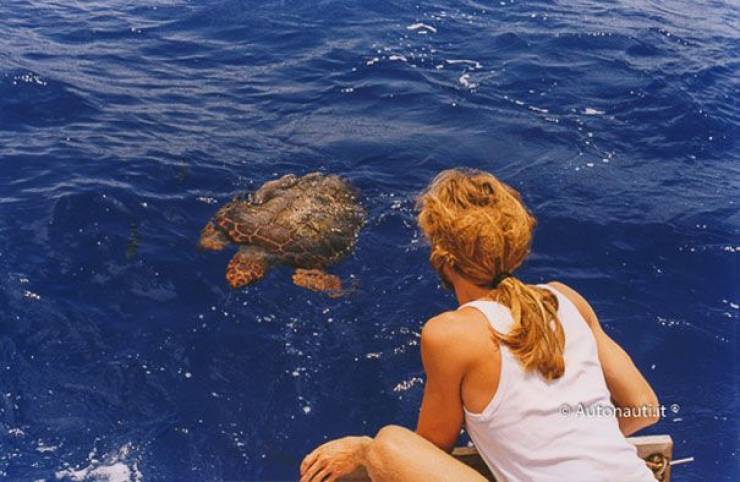 “When we finally called home again, I kept asking about my father…they didn’t tell us anything so as not to lower our morale, but just before we arrived in Martinique, I found out he had died,” said Marco. 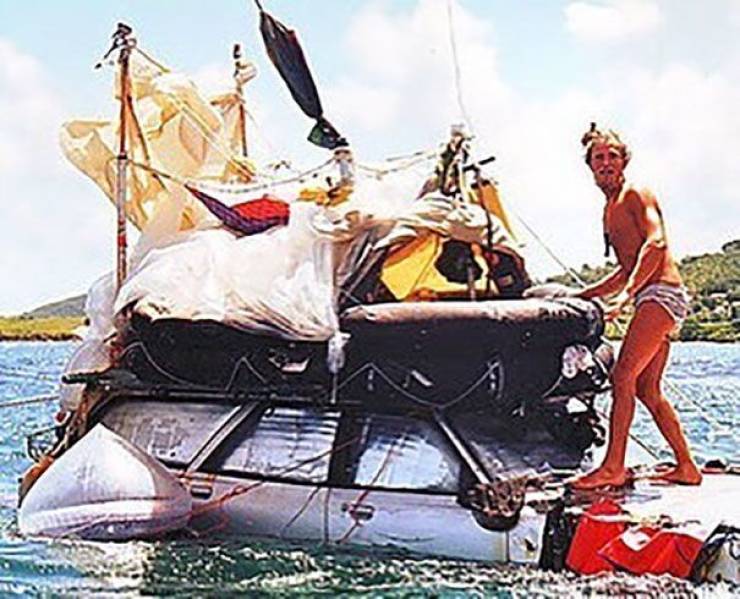 Yet, they defied all odds and completed the journey. After a long and exhausting 4 months spent in their “sea-autos”, the two travelers reached their 3,000-mile-long destination and sailed to the shores of the Caribbean island. 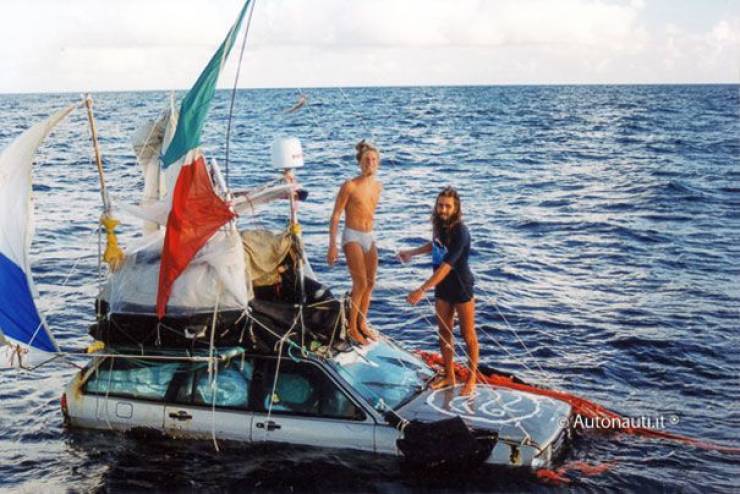 The two men became the first people to cross the Atlantic ocean with a floating car. “Now I’m proud because I showed the world that my father’s dream was not an impossible dream.” Watch the video of their journey below

Previous What Bird’s-Eye View Looks Like
Next 28 People That Can Sleep Anywhere! 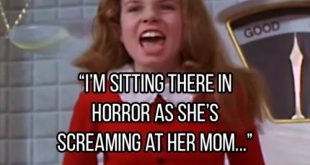 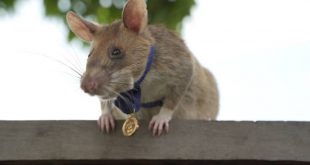 This Is Magawa, Mine-Detecting Rat In Cambodia Who Won Award For Bravery 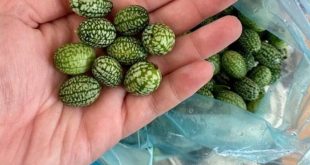 19 Things That Are Not What You Think They Are