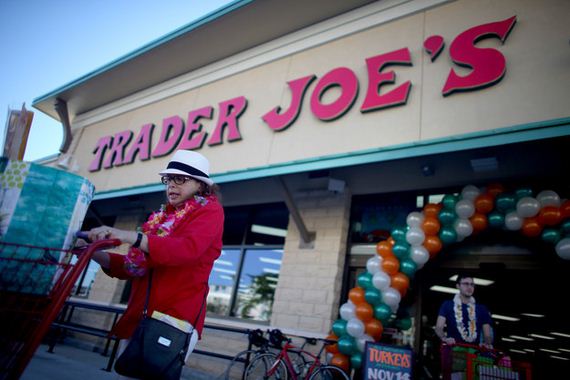 All Trader Joe’s stores are company-owned.

Trader Joe’s doesn’t just give out free samples. If you ask a team member, they will open ANYTHING in the store and let you try it — including the wine, depending on state laws. 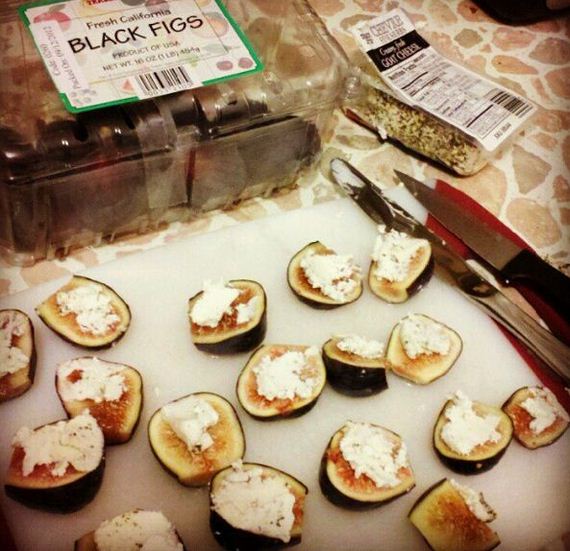 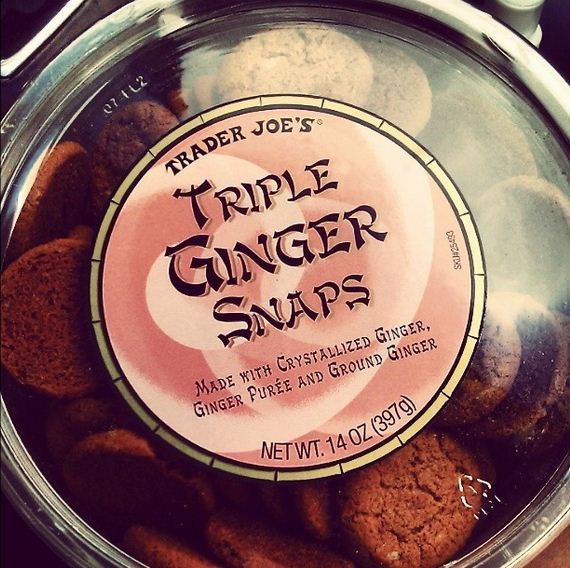 Not surprisingly, Speculoos Cookie Butter comes in at second.

As of 2012, Trader Joe’s has sold more than 600 million bottles of its popular Two-Buck Chuck wine. 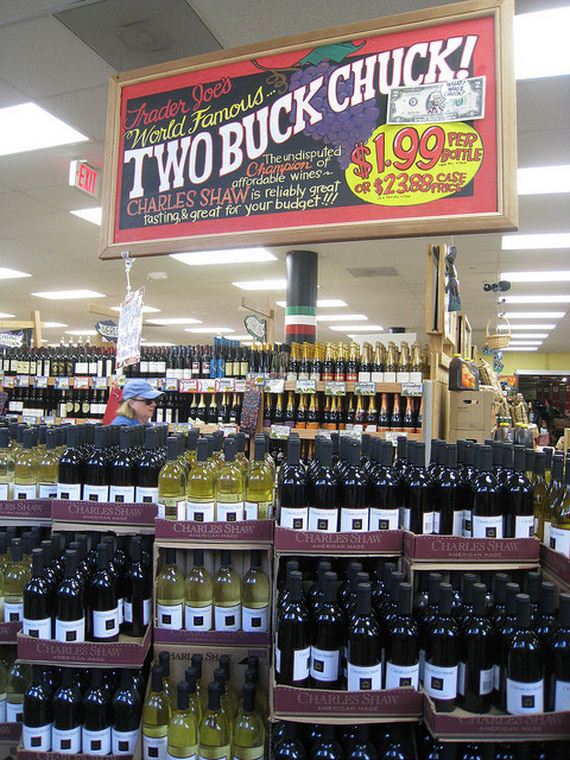 You may have noticed Trader Joe’s has NO internal PA system in its stores like most supermarkets. Instead, it uses bells. 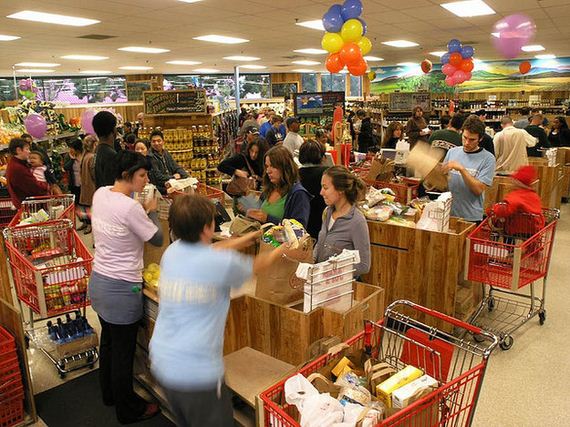 One bell means it is time to open a new register. Two bells, and someone has a question at checkout. Three bells, and it’s a request for the manager.

Some Trader Joe’s products are limited-run, so once they’re sold out, that’s it. 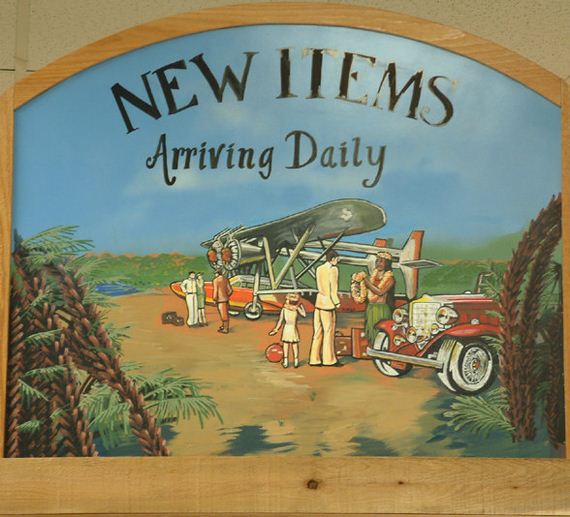 Trader Joe’s will also discontinue products, so there is a constantly rotating selection of items in the store.

Trader Joe’s keeps its prices so low that the store never offers weekly specials or sales on its products. 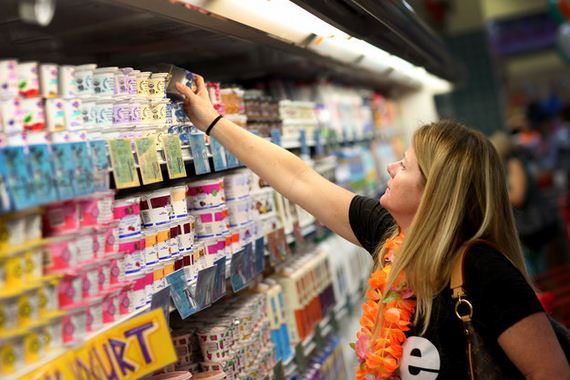 Trader Joe’s has a no questions asked return policy 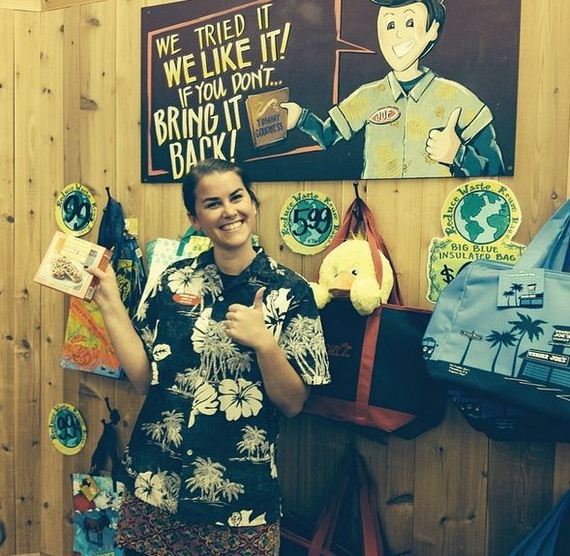 You can return whatever you want, for any reason. NO. QUESTIONS. ASKED.

There actually is a REAL Trader Joe! 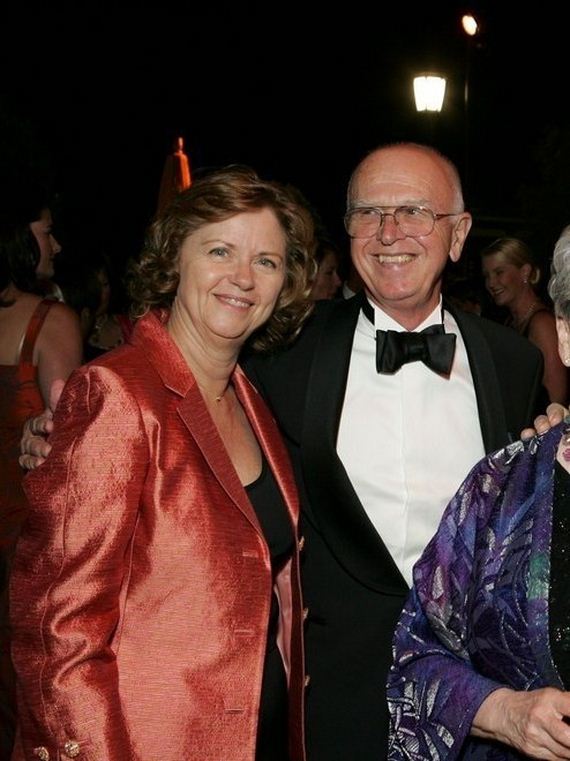 Legend has it that the original Trader Joe came up with the idea for the tropical-themed store while on vacation in the Caribbean. 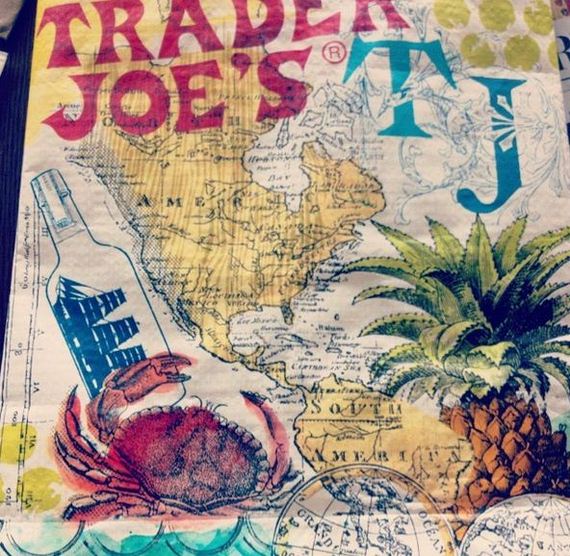 He already owned a chain of convenience stores, but was facing stiff competition against 7-Eleven.

The Trader Joe’s crew wears Hawaiian shirts because they want to take customers on culinary travels. 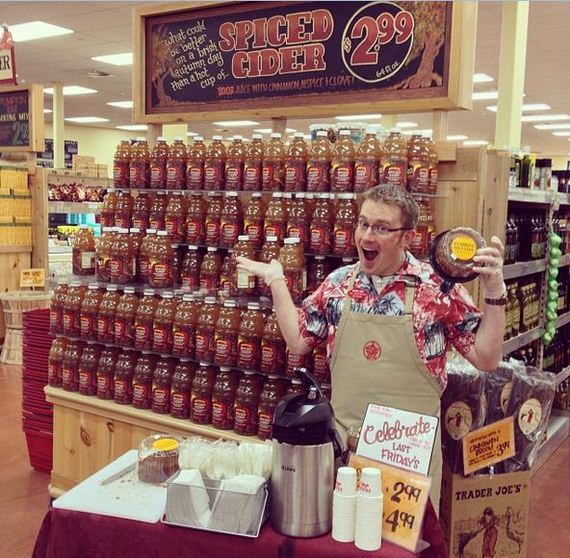 They view themselves as “traders on the culinary seas.” 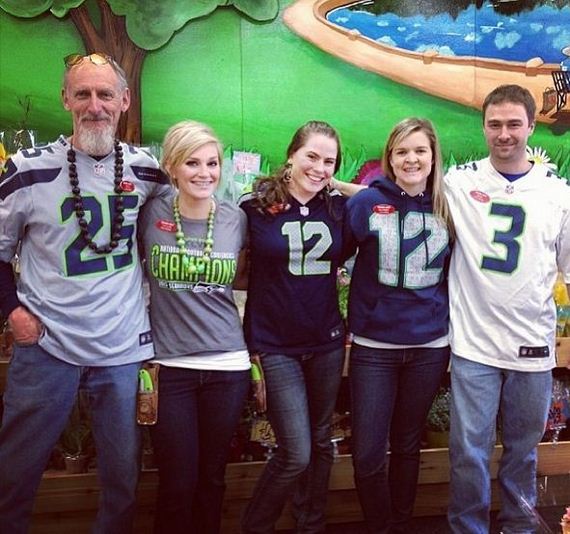 Part-time employees can earn $20 an hour with FULL benefits and store managers can earn $130,000 a year. MONEY IN THE BANK!

Many Trader Joe’s have a toy or stuffed animal hidden somewhere in the store for kids to find. 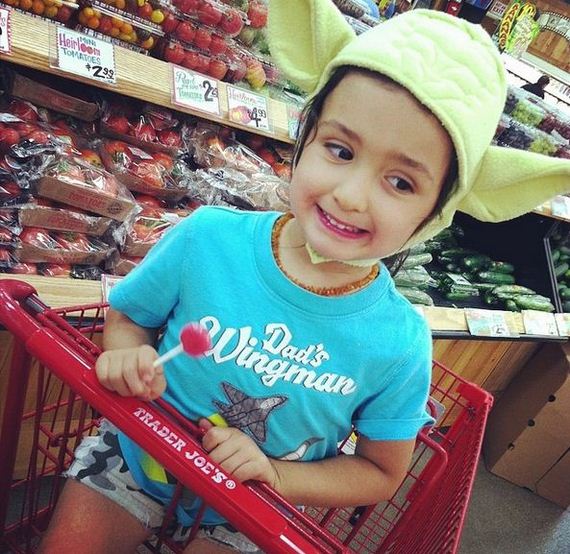 Once they find the toy, they can bring it to customer service for a prize! 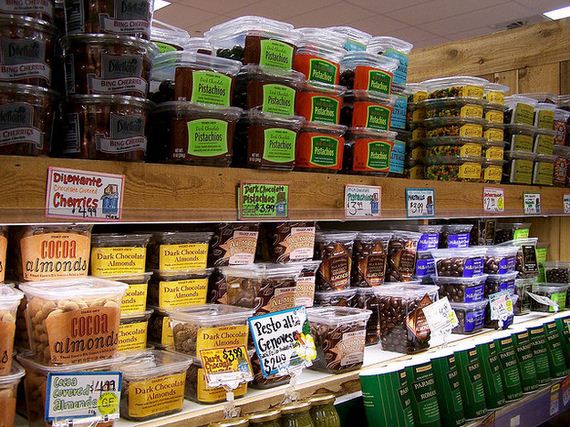 Out of these items, 80% are Trader Joe’s own brand. 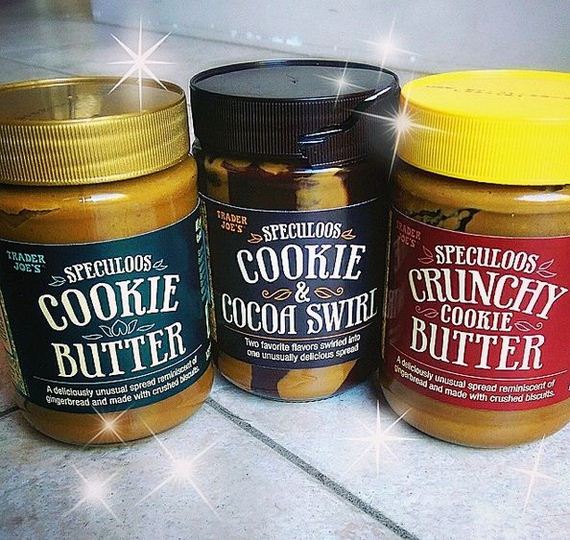 Trader Joe’s didn’t expand outside California until 1993 and didn’t open an East Coast store until 1996. 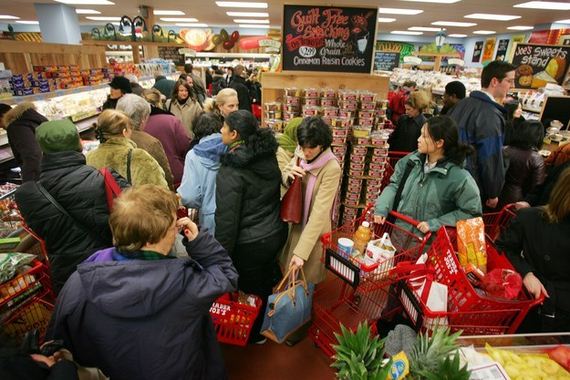 And THIS is what it looked like when the first TJ’s opened in New York City in 2006.

Every Trader Joe’s has its own in-house artist. Now you know where all those fancy blackboard illustrations come from! 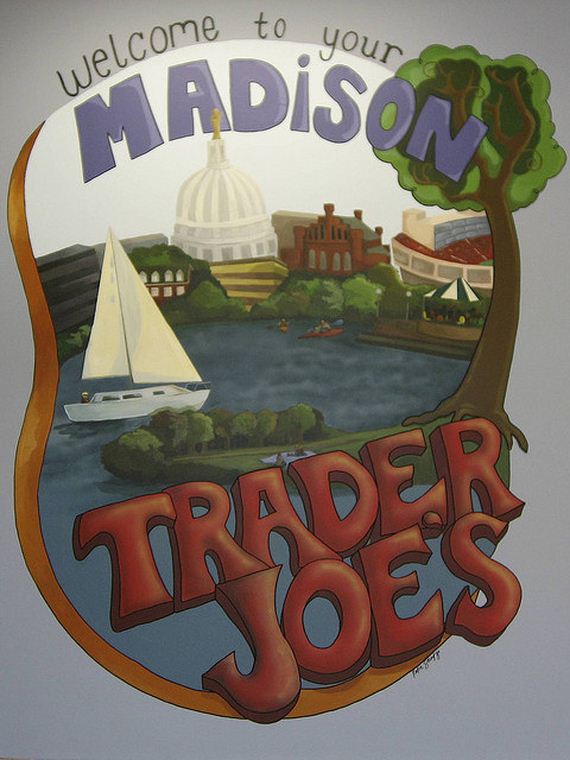 Finally, EVERY Trader Joe’s has a plastic lobster displayed somewhere in the store. 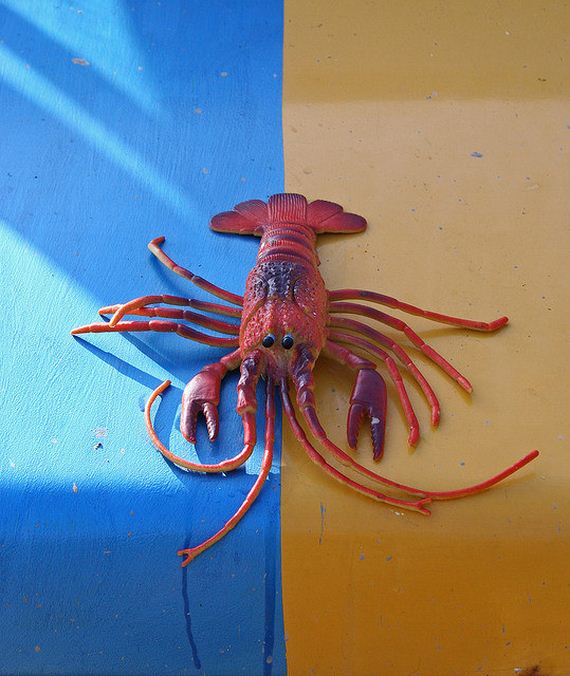 See if you can spot one on your next visit!

NOW GO FORTH AND FEAST WITH THIS INFORMATION.

Previous This Is The Most Beautiful, Deeply Meaningful Photo Shoot Ever. How It Came To Be Is So Touching.
Next Stages Of Not Eating Carbs