Editor Margaret Sixel, who is also married to the film’s director George Miller, had over 470 hours of footage to edit down to the final cut. It took her 3 months. 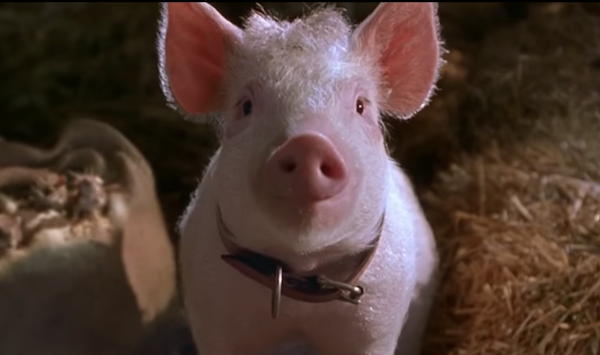 Director George Miller, the father of the Mad Max Universe, has had quite the eclectic film career. As well as his involvement with the blood and rust of Mad Max, he is also responsible for such kiddie-friendly fare as the Babe films and Happy Feet! 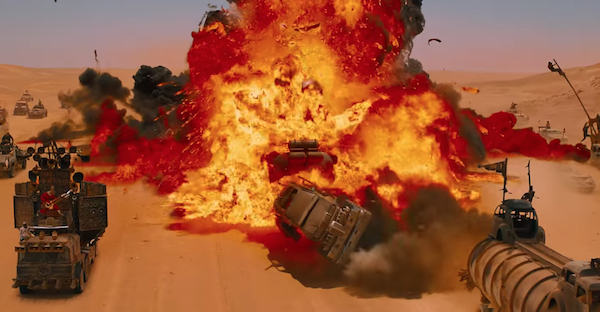 Incredibly, over 80% of the stunts in Mad Max: Fury Road was created using practical effects. The main use of CGI was for Imperator Furiosa’s arm and to enhance the Namibian landscape. 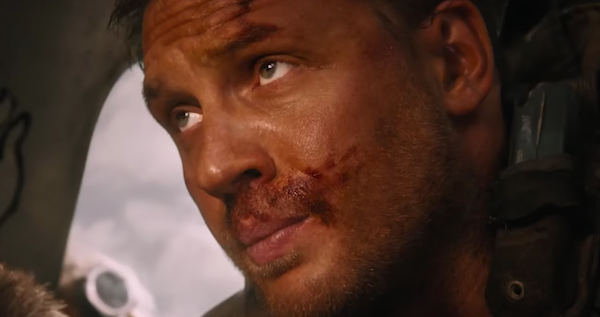 The only Mad Max film in the series where Max is credited by his full name, Max Rockatansky.

The flamethrower-guitarist referred to as The Doof Warrior was played by Australian musician Sean Hape. He claimed the guitar weighed over 130 pounds and he controlled the flames by using the whammy bar.

The film was shot entirely in sequence, a truly linear production schedule. 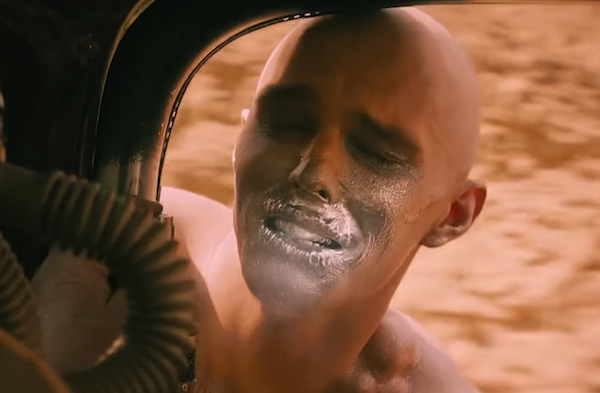 The use of the silver substance (in reality, pastry glaze used in cake making) to ‘motivate’ the War Boys has its origins in the actual rituals of Cambodian soldiers during the Vietnam War, who would suspend little jade figures of Buddha from their lips before battle. Furthermore, the clearly narcotic effect the spray has on the War Boys is referenced in its description as ‘chrome’, Australian slang for inhalant abuse 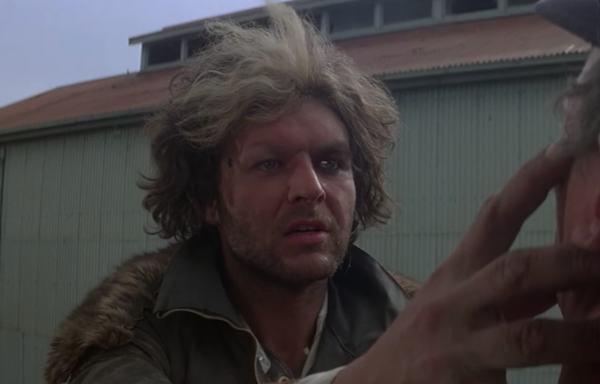 Immortan Joe is played by Hugh Keays-Byrne. The same actor played the villain in the 1979 original Mad Max film, going by the name Toecutter.

When Max awakes after his fever dream, the last thing he sees is a pair of eyes popping out of a face in an almost comical manner. This exact footage is from the original Mad Max film, when Toecutter is killed. 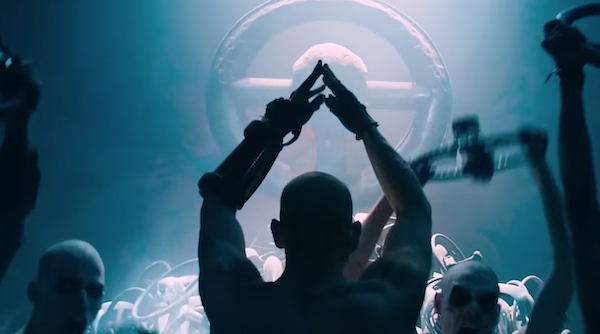 The War Boys’ salute is the sign of the V8; they are worshippers of the engine. 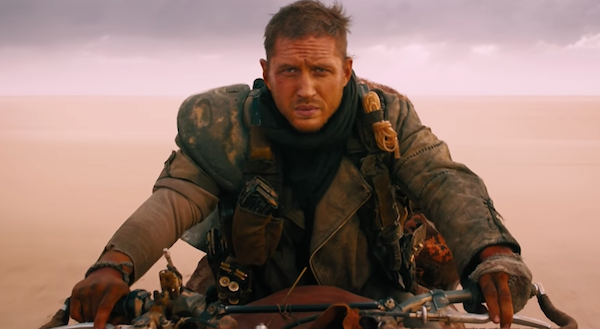 Max has only 52 lines in the entire film, including voice overs. 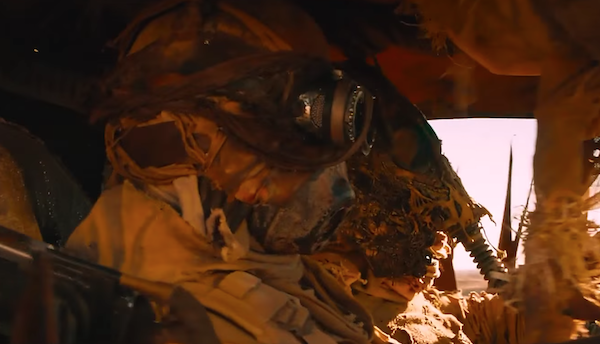 The Buzzards, the spikey-car having bandits who attack the War Rig near the start of the film, speak Russian in every version of the film other than, obviously, the Russian one. For Russian distribution, they became German. 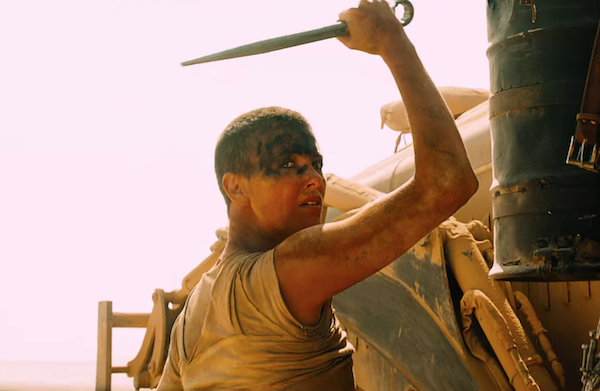 The stunt doubles for Tom Hardy and Charlize Theron met on set, fell in love, and got married in 2013. They had their first child a year later. 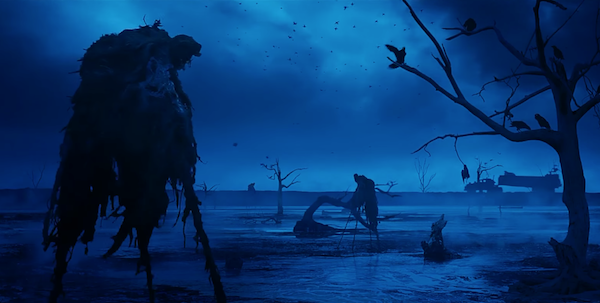 The strange people on stilts in the marshland are, according to George Miller, those who stayed behind when The Green Place became unliveable. Unlike the old women on bikes (the Vuvalini), they chose to remain and live off what was left of their homeland. 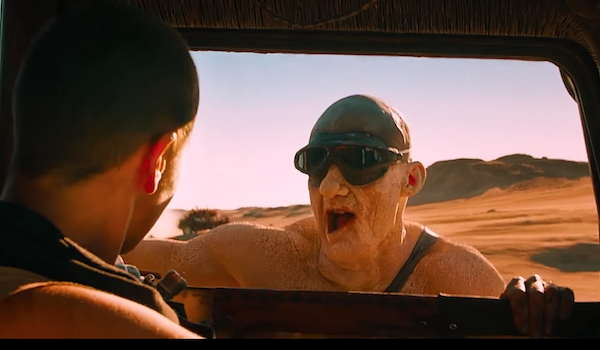 The War Boy called Ace, who climbs down the War Rig to communicate with Furiosa as she starts to make her bid for freedom, is played by ex-SAS member John Iles. He also provided security for the production team during filming. 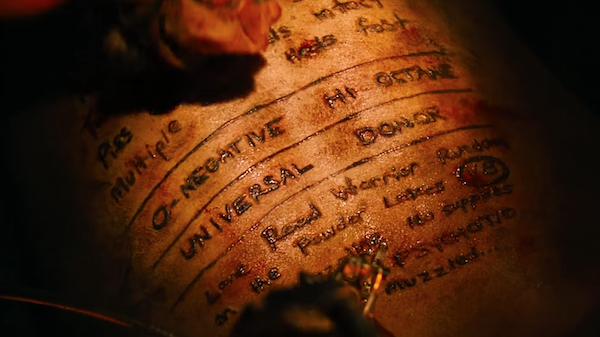 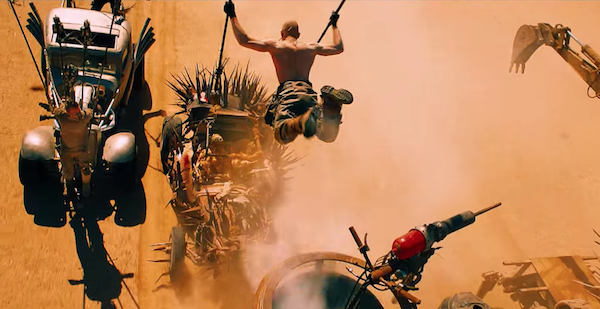 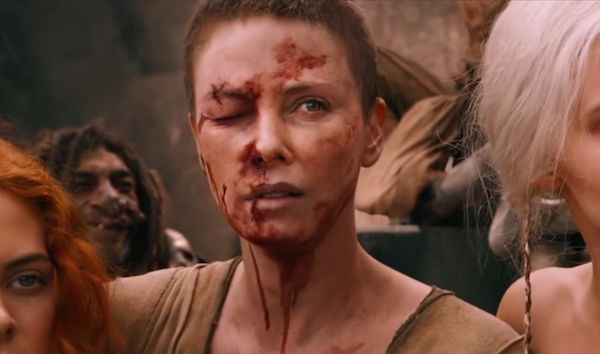 In the final scene of the film, Furiosa’s eye is swollen shut, echoing the same injury Max had at the end of The Road Warrior (1981).

Previous Weapons Collections
Next In The Middle Ages, The Drawings Were Made From Other People’s Words. Figures Of Elephants