Internet Can Explain Everything! 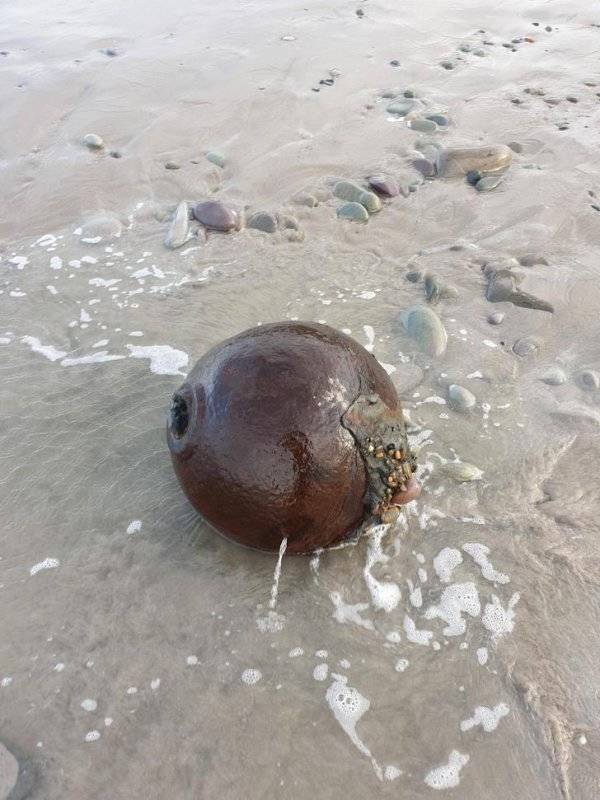 Its part of a bottom trawl rig, we used to call them rolling bobbins.

This was found while out walking through some farm land in English countryside. 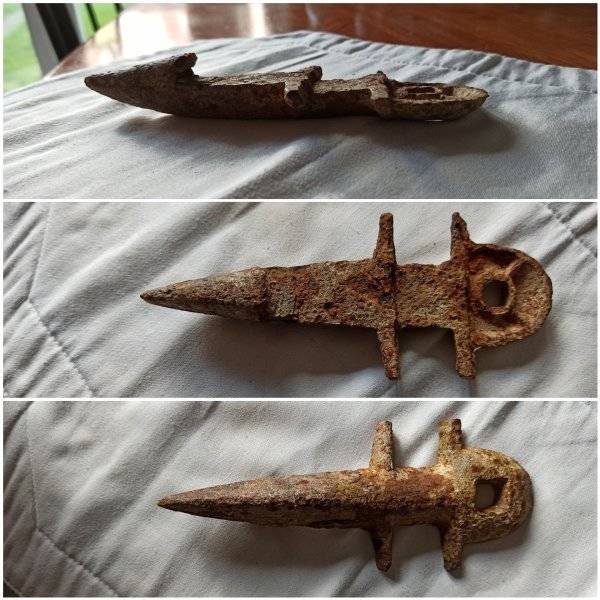 That is the tip of the non-moving portion of a sickle bar. Hi! I’m new here. 7 years ago I inherited this cover. It was empty so I am wondering what kind of coat of arms this is and how old it could be. It seems to be made out of leather. 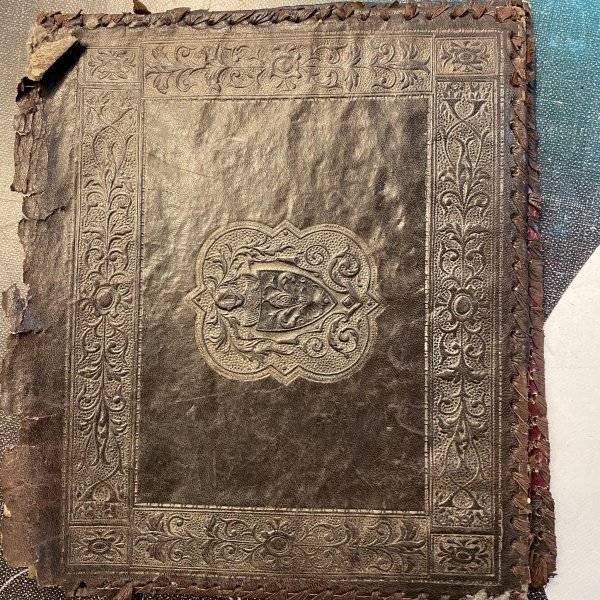 There is no actual coat of arms here. It is vintage Italian filigree tool work. As others have mentioned, the symbols are a fleur de lis with a bascinet and generic decorative details. Likely covered a family Bible at one time. Still a fine heirloom.

What is this nub on a hinge, and what is its purpose? 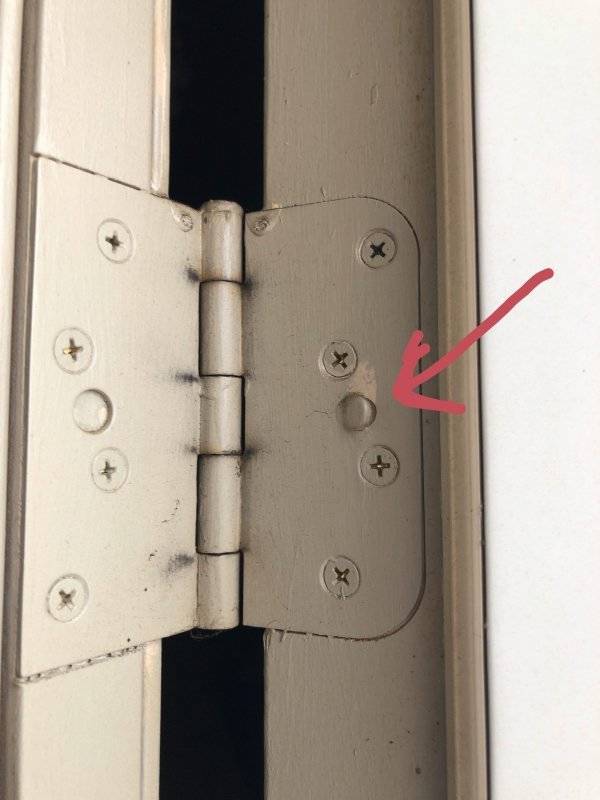 It looks like something to keep you from pulling the door out if you remove the hinge pins.

Bottom right. Can’t bring my brain to understand what I’m looking at. Any ideas? 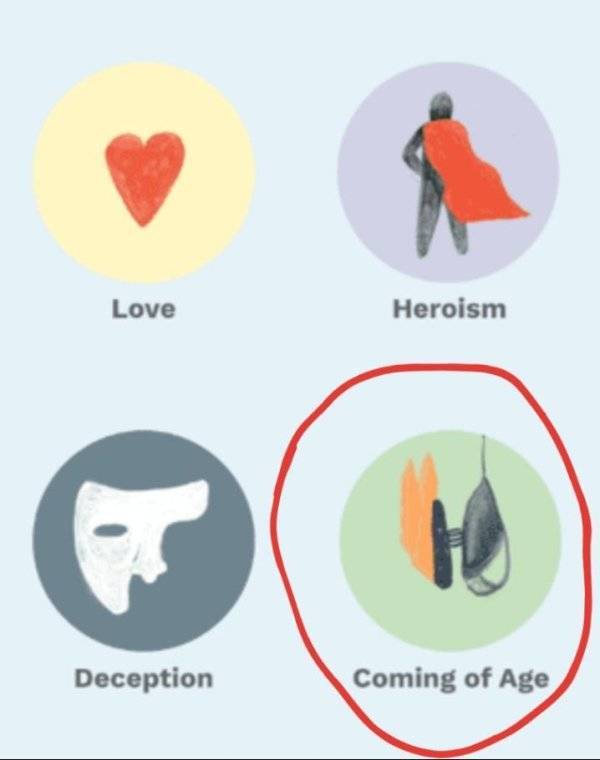 Butterfly hatching from a cocoon 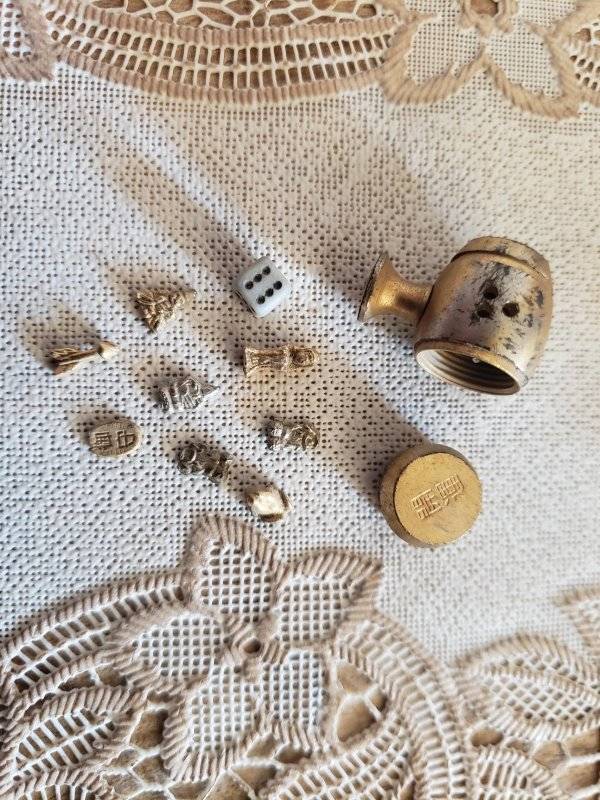 Good luck charm/amulet in the shape of a magic hammer.

Button on outside of dorm room. Only one in the entire building. It’s in the basement. 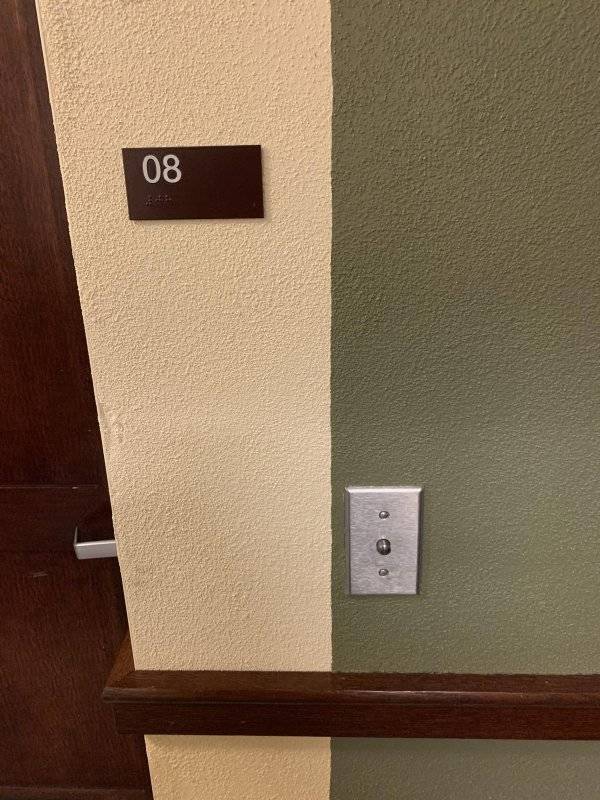 My dorm hall had one room with one of these. It made a light inside the room flash. It is like a doorbell for the hearing impaired.

Found this frog-shaped thing in my storage and don’t know what this is. 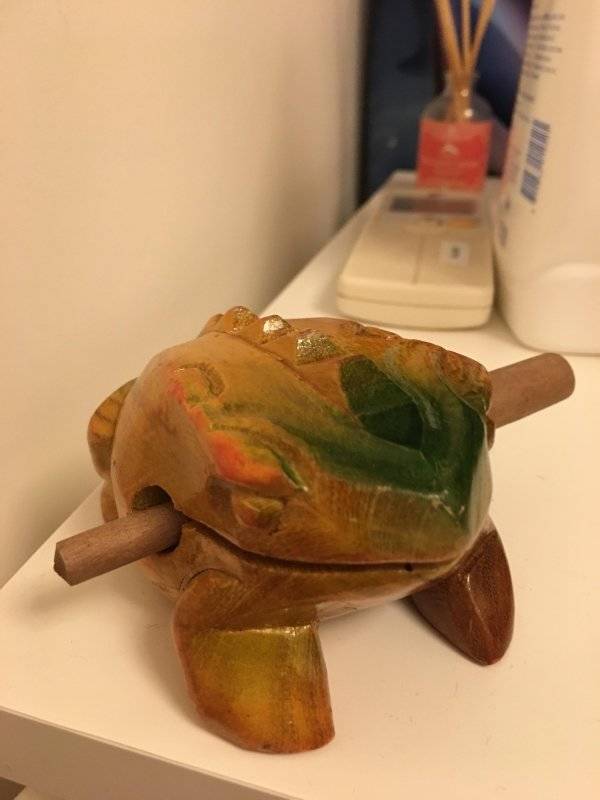 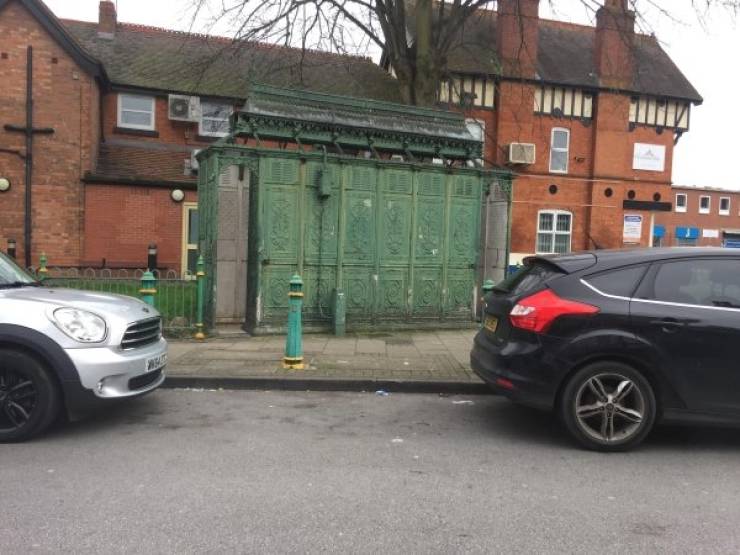 a Victorian urinal. There are similar ones in Bristol. It is gross inside.

What are the three (metallic?) discs on the bottom of JFK’s loafer? Sometimes they’re called heel cleats, or heel-taps but they’re to keep the shoe heel from wearing down

My anthropology professor found this in storage and no one knows what it is. The tin mechanism on the mason jar spins around. 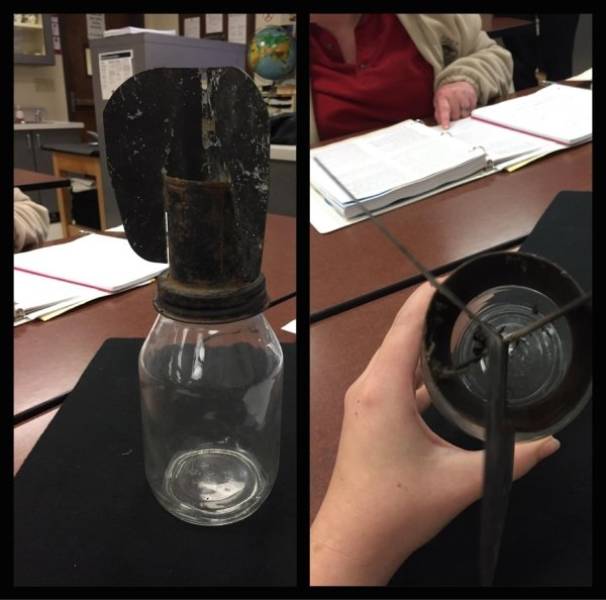 An old Japanese Beetle trap. The attractant would be placed in the mason jar and the beetles would fall in and not be able to get out.

What is this brown growth on my homegrown parsnips? 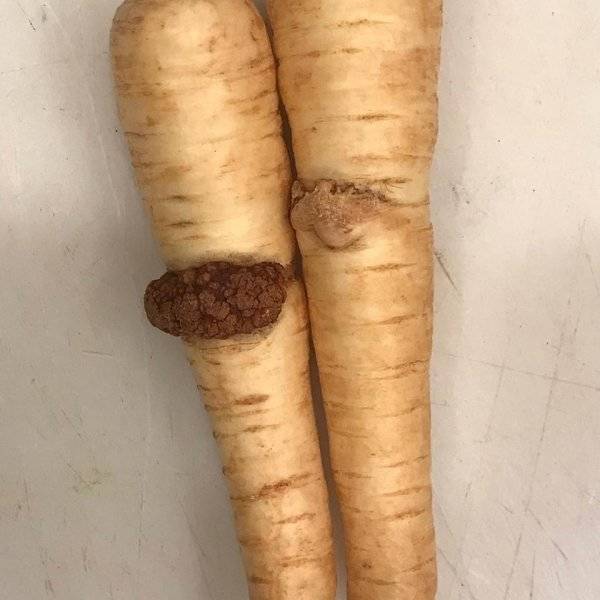 Found cleaning out my grandfathers barn. And I got no clue 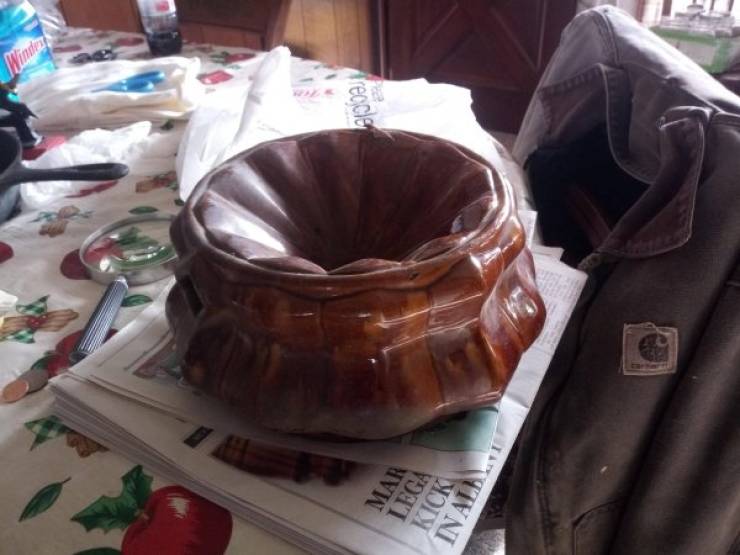 Found in a Westin in New England – every room had a second door number near the floor. Why? 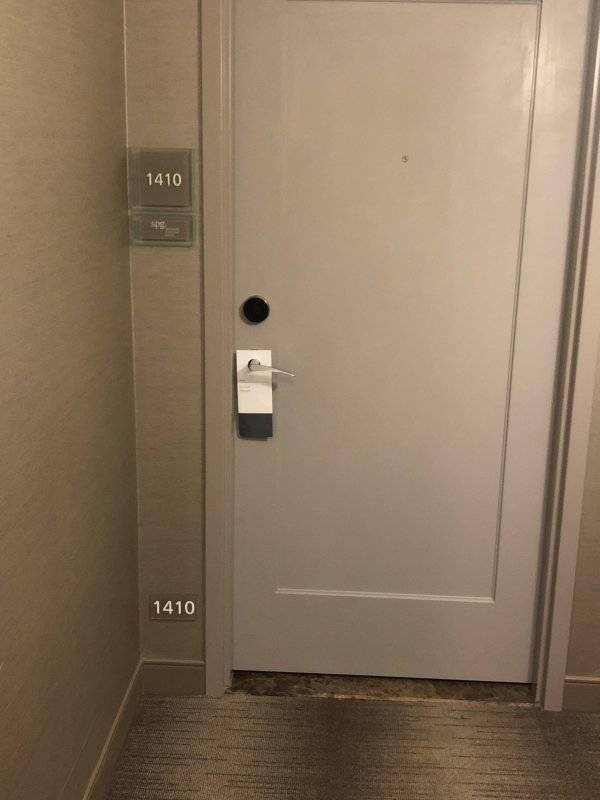 Listed on Craigslist as “Sold Wood Thing — If you can tell me what this is, you can have it for free. It’s 4ft tall.” 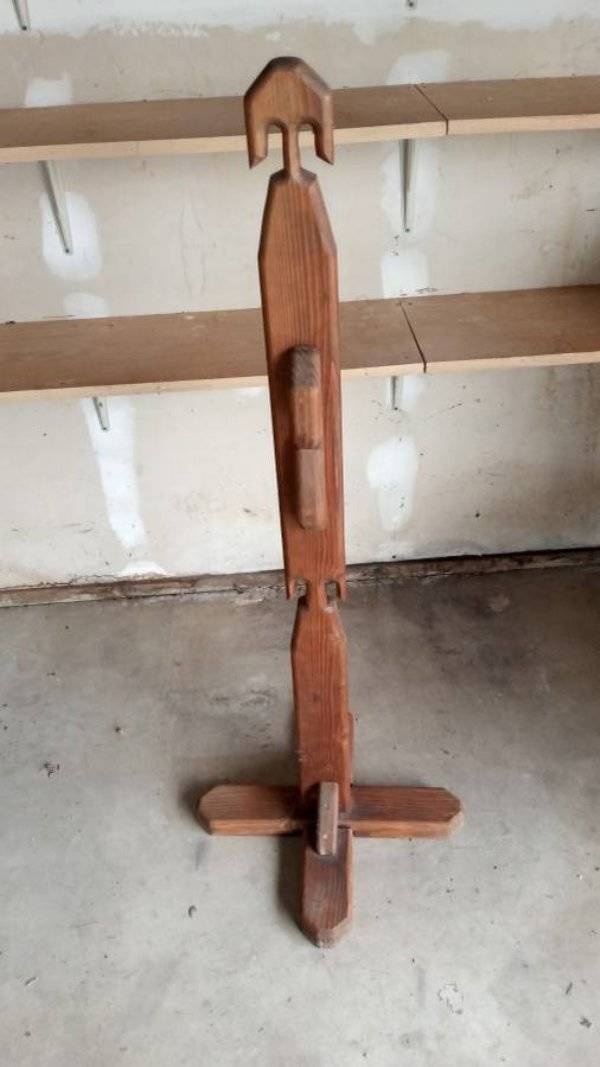 Going through my dads stuff and found this in a jar of keys. Dads not around to ask him. Has a serial number. 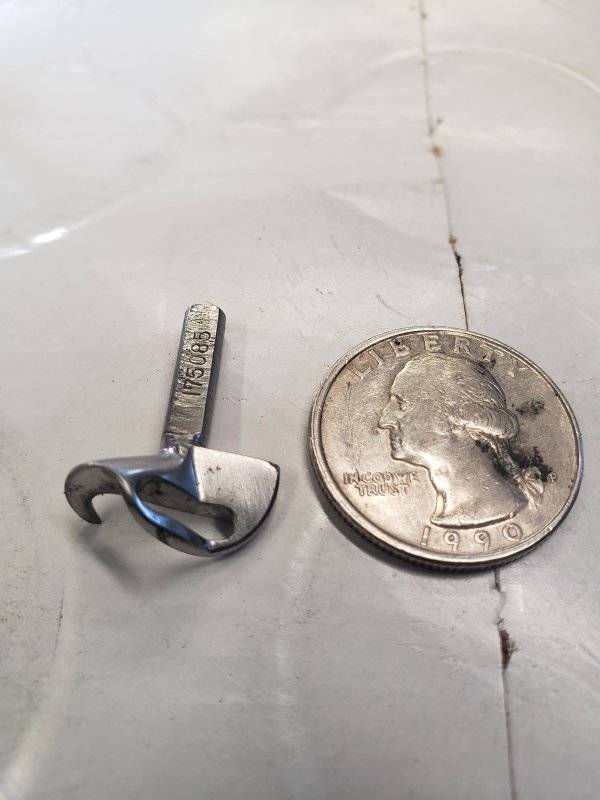 Looks like a sewing machine rotary looper. I have an old singer brand machine.

WHY is the inside of my mango like thissss 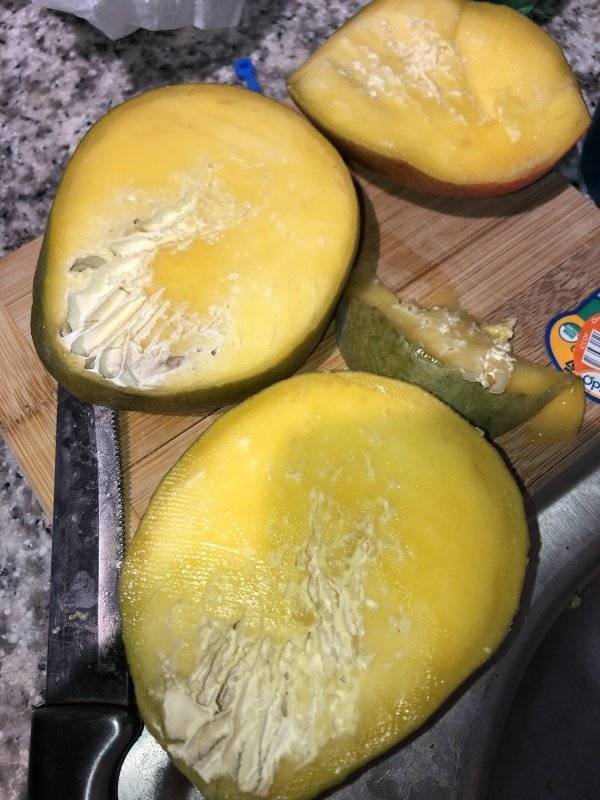 So this is usually when an unripe mango gets harvested and processed. They get put into a tub of hot water to kill off bugs and this causes the metabolism to increase but without oxygen( since they’re in a tub) a fermentation process occurs instead. The holes are made from the carbon dioxide buildup and the mango never properly ripens.

What is the metal looking thing over the rifle? 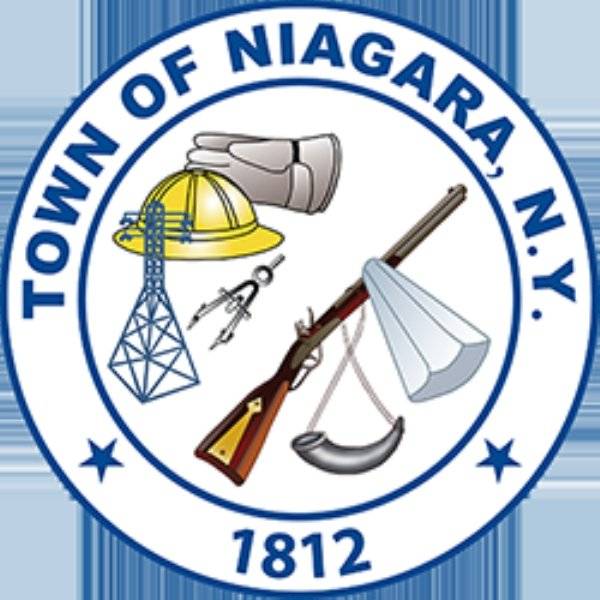 Alright, so I contacted the town historian who in turn contacted the lady who designed it originally and it is supposed to be a representation of a soldier’s hat from the war of 1812

What are the white spots on the breast meat of this black duck?? 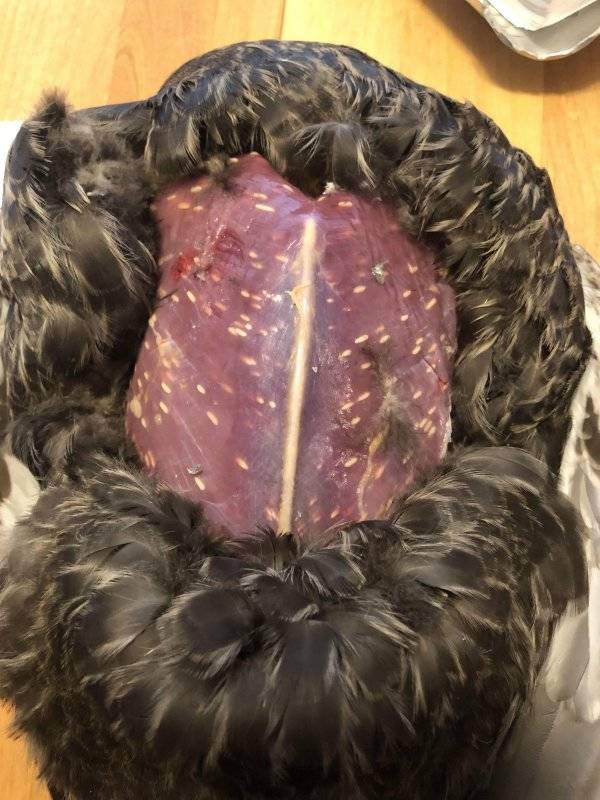 Does anyone know what these are specifically? 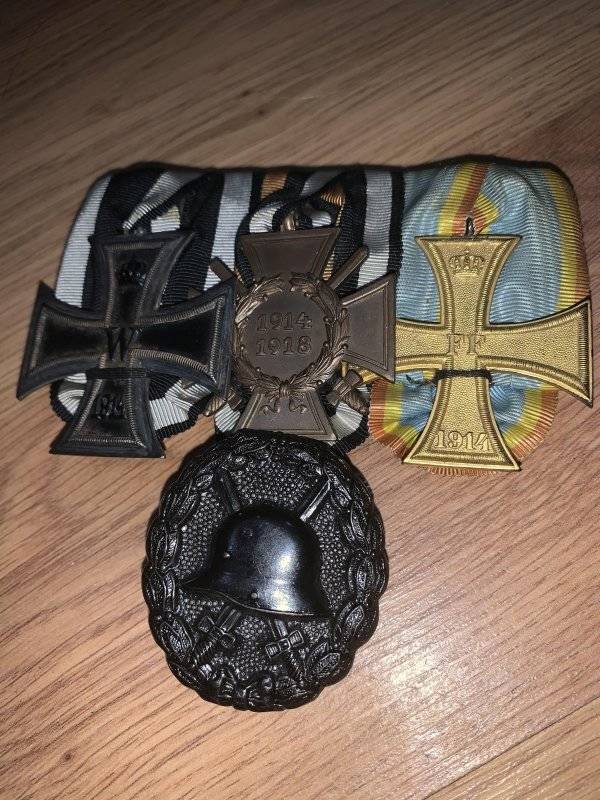 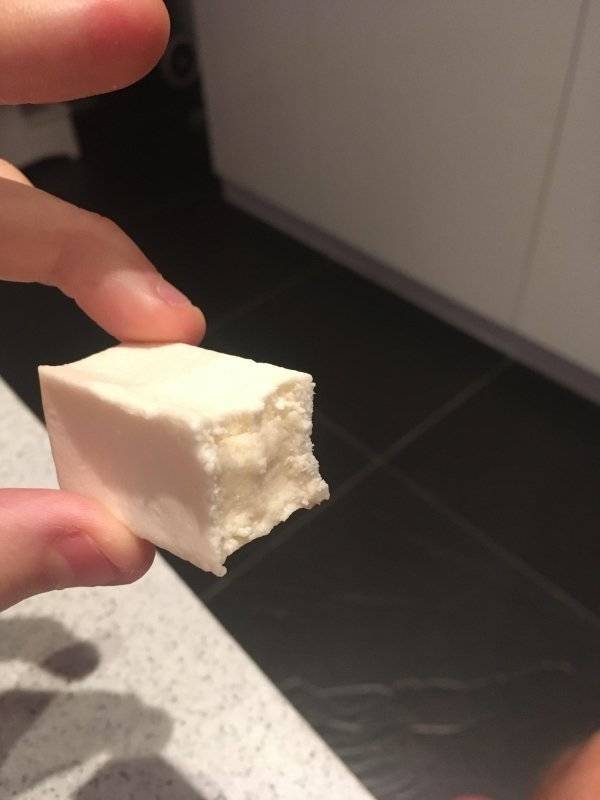 Ok, this is weird. It is probably russian (as far as I know) candy called “Pastila”, created from very hard mashed apples. (In native language – “пастила”)

I know what it is, but wondering why people put an orange on a stick in the grass next to a road. Hope it’s okay to post here. I see people putting it back when it gets destroyed. Also it’s in the Netherlands.

Some birds, such as Orioles like oranges. My dad hangs them in his back yard.

Bought an old house and this concrete dome is in the basement. Any ideas on what it is? 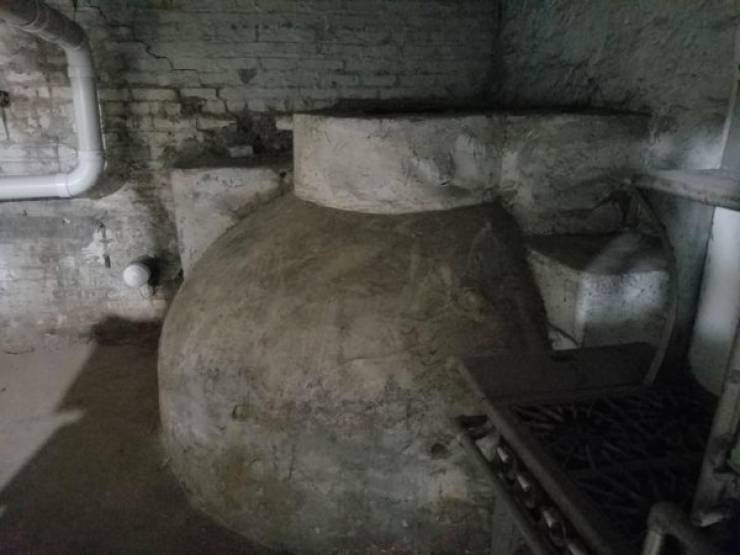 Might be a cistern to collect water from the gutters.

Cast metal and doesn’t open and no mounting holes. Just No. 74. Any ideas? 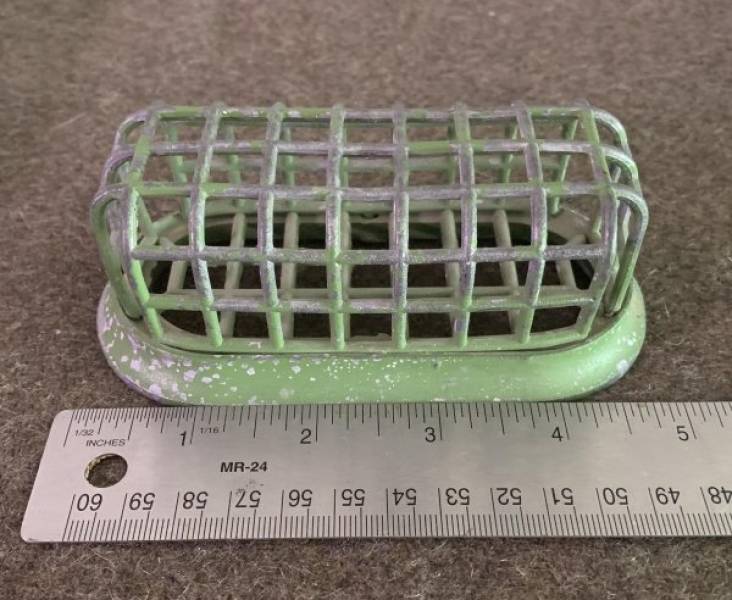