Antique shop in PA, USA picked this up, said maybe 4ft tall. Googled the writing which leads to PDFs about Penn Railroads but not a lot of workable info. Ideas? I follow these guys on insta – not available in person to get my own visual. 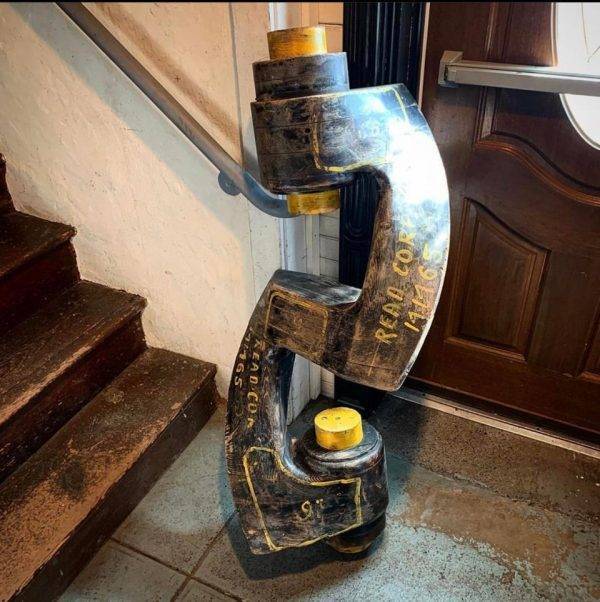 Plastic and paper straw-like objects. Sticker in container says Made in Austria. The paper is all hand-painted, and the tip is made of some kind of plastic. At first I thought they were drinking straws, but they splay a bit at the end. Ideas? 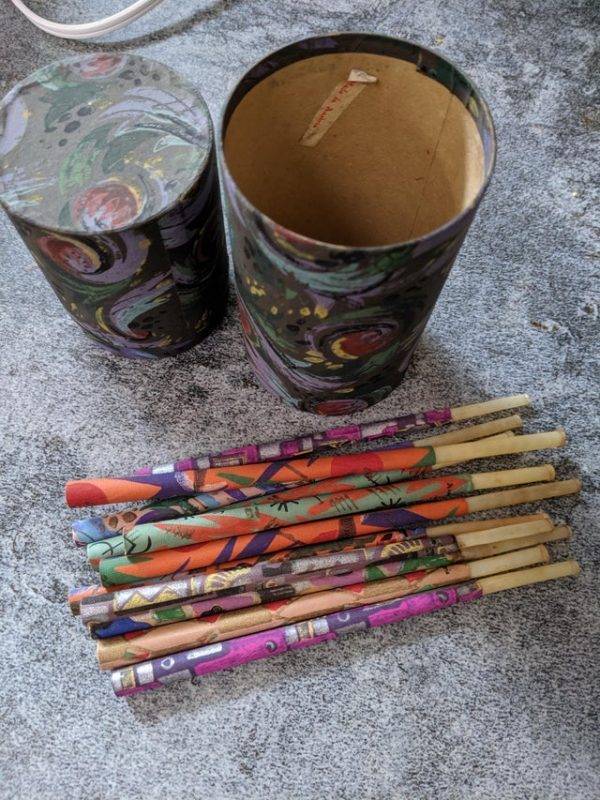 This thing appeared in my bathroom ceiling corner. its half the size of a pinkie. Does anyone know what is it? 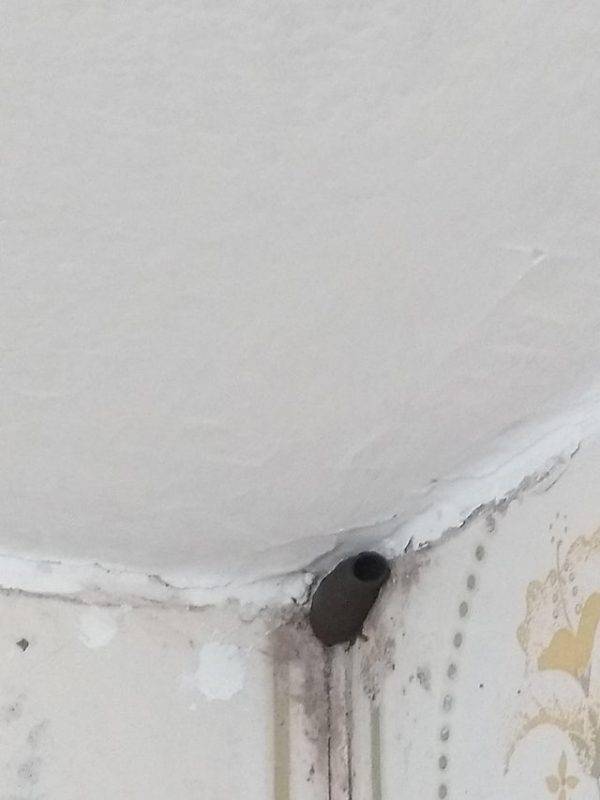 A: Mud dauber wasp nest. Grabs spiders, paralyzes them then puts an egg on them and locks the spider away until the young eat said spider and break out.

These are all over one of the walls at my local train station in London. Anybody know what they could be? 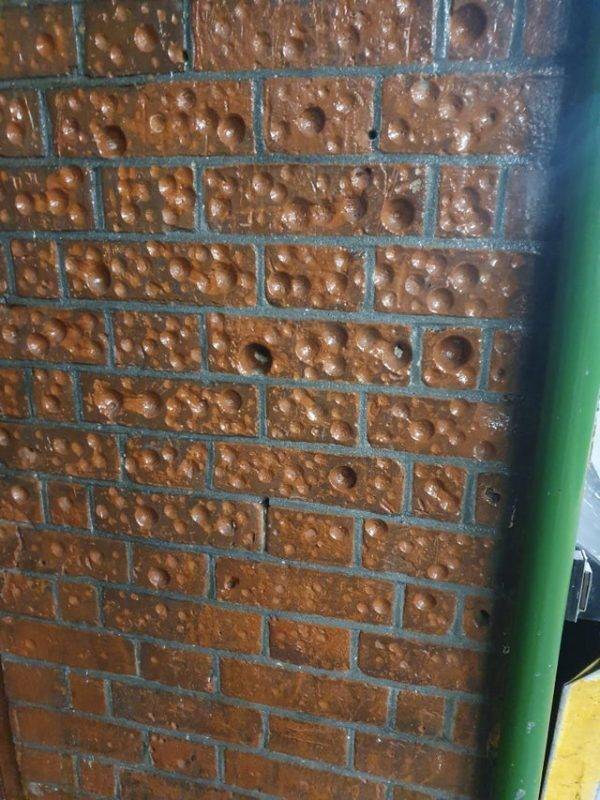 A: I believe those are made by coins. If you put a coin on brick, and twist it, it will eventually make perfect circles like that. Depending on where this is in London, they may have been spending a LOT of time there. The London Underground was used as bomb shelters during WWII, so a lot of people spent a lot of time in those train stations.

Found in a washroom in London – what is this thing in the middle? (Doesn’t have anything in it currently) 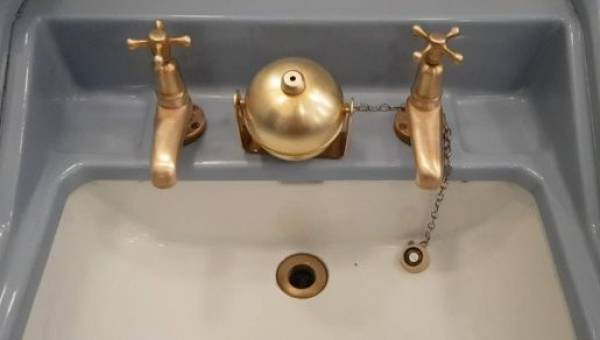 A: Soap dispenser. It’s weighted at the bottom so in theory it should tip back up after you’ve got soap on your hands. Of course that depends on not having much friction on the axel…

What is this glass set used for? 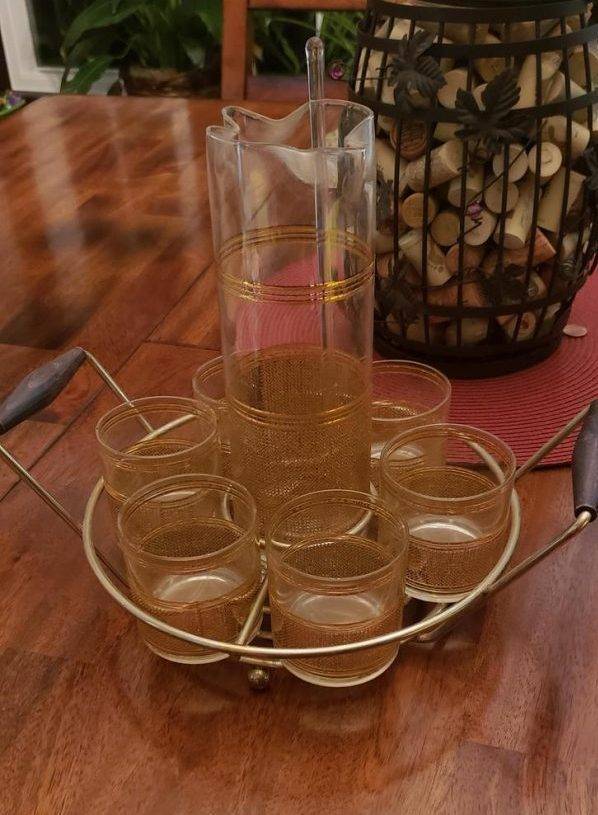 Someone dropped this in the back of my work truck. Possibly related to electrical overhead lines as I was working with a crew of linemen that day. 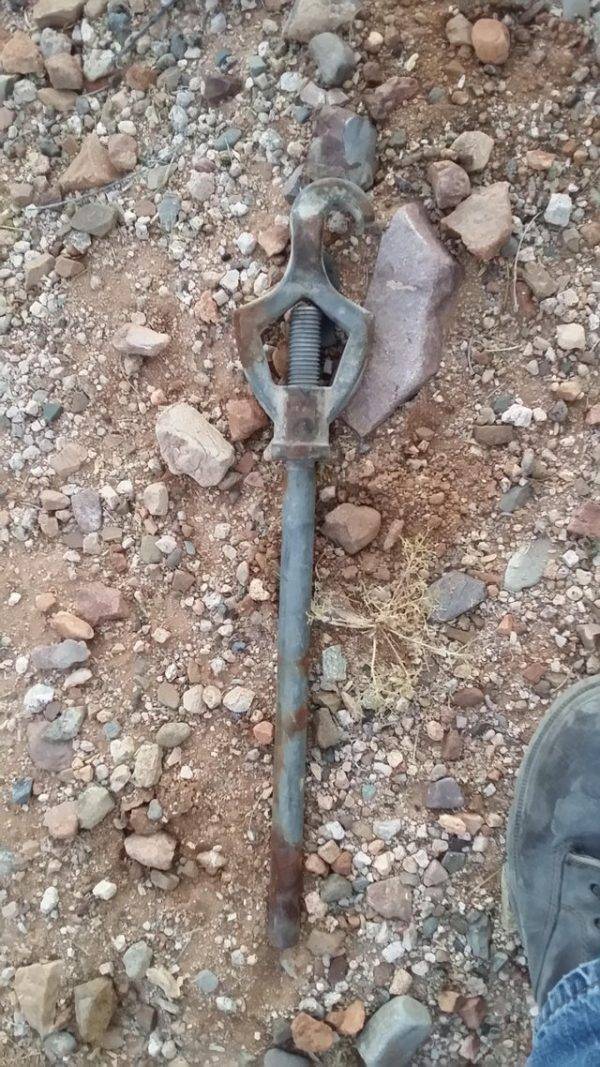 I found this in the woods with my friends. We all got really freaked out upon seeing it. I’m very curious on what the heck this thing is. 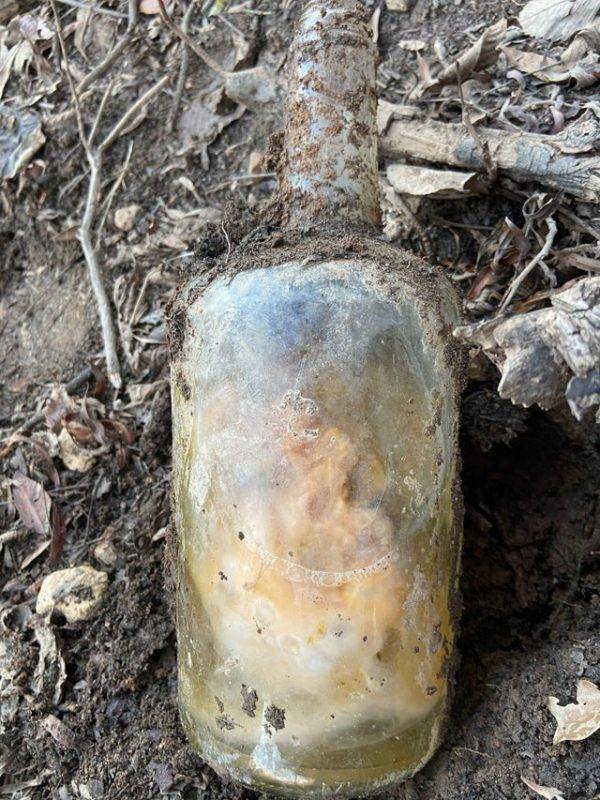 A: It could just be a colony of fungus and bacteria, like the SCOBY thing they use to make kombucha.

Some sort of coin box. It “eats” the coins and won’t let them back out. Looked up the patent number with no luck. 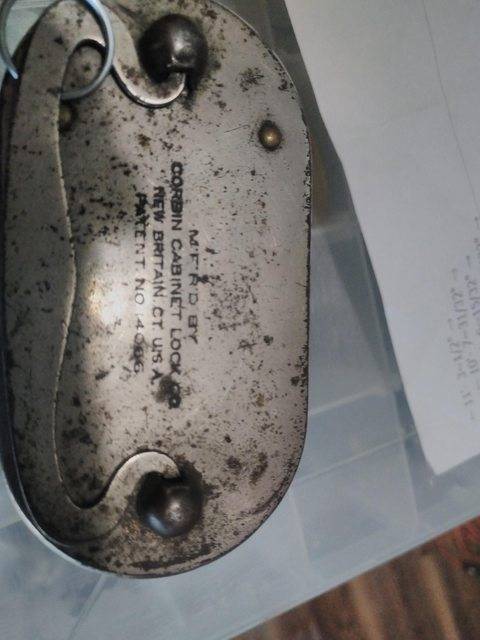 A: Looks like they were given out by banks, probably to kids to start a savings acct. Fill it up and then bring it to the bank to deposit. Many have the bank advertisement on them.

It sits in the top right corner of my heater. I have absolutely no clue what of does. 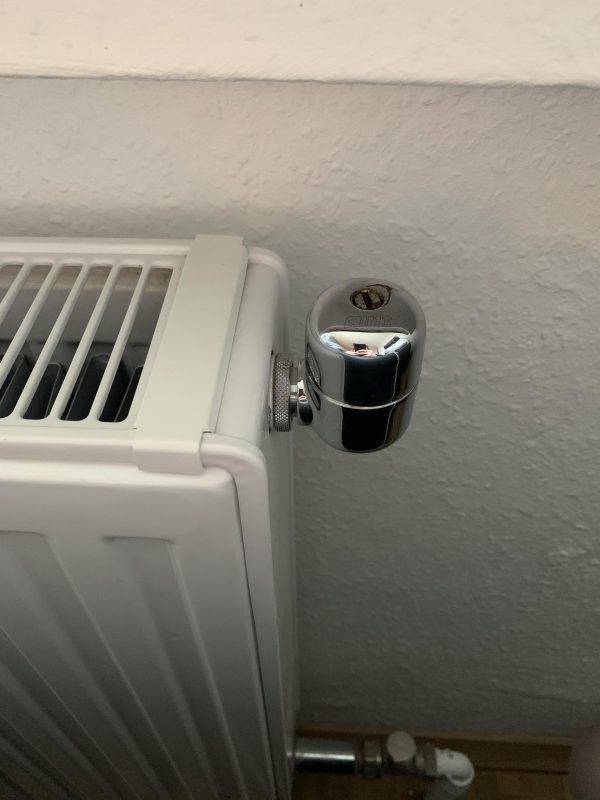 A: Steam vent for the radiator

What are these rectangular metal bars on crossing buttons? On nearly every button in Wellington 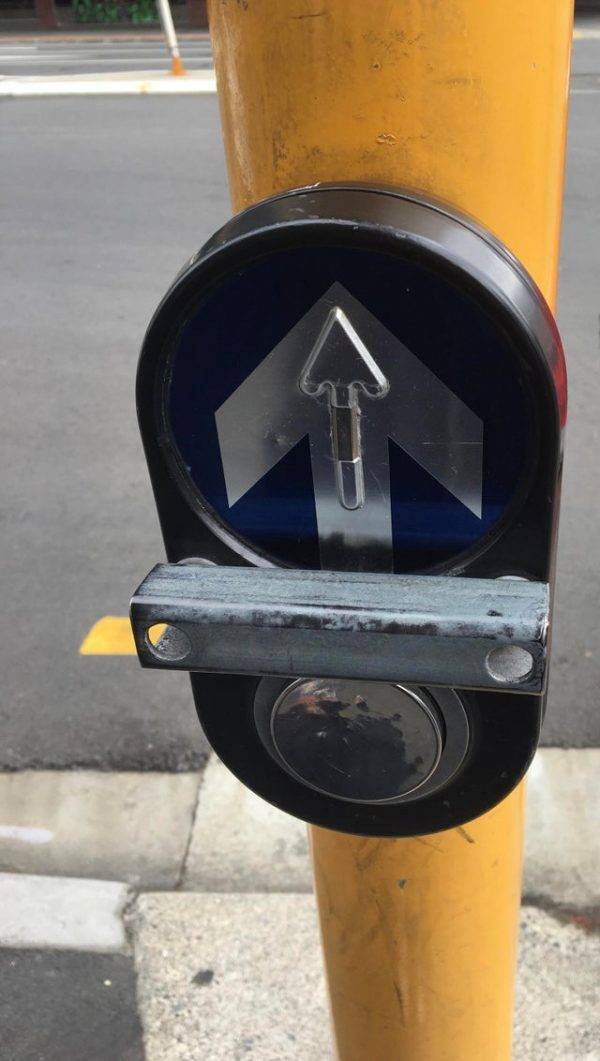 A: There are people who delight in thumping the traffic light button with a kick and so the black metal bars protect the mechanism from damage. 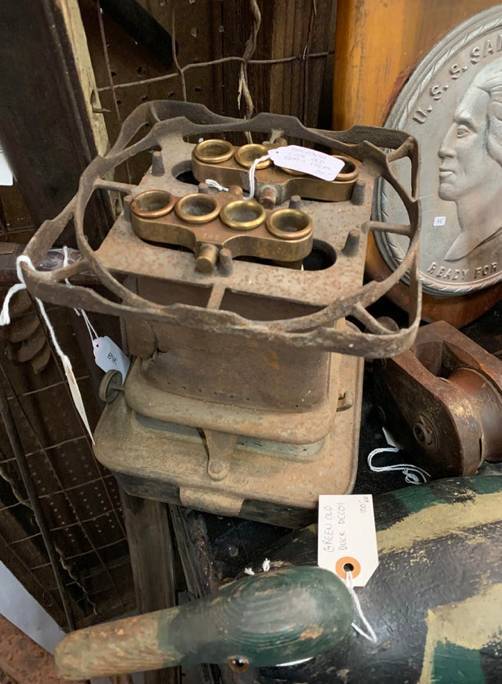 Found on the grounds of a 19th-20th century residential property in Manitoba. 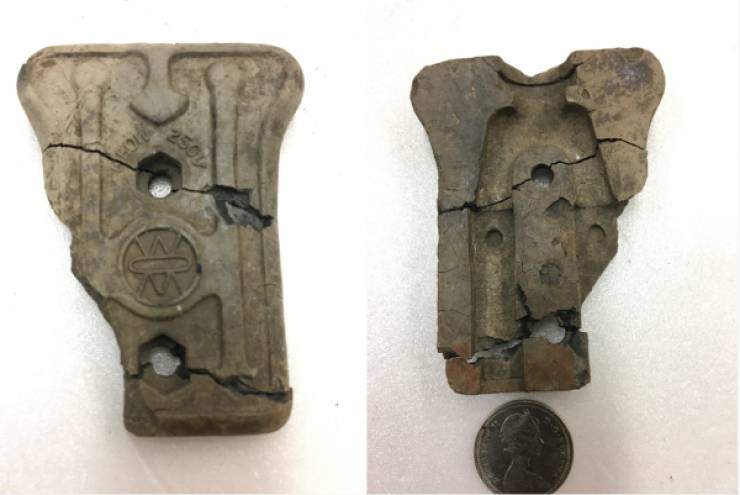 A: That is an old fashioned appliance plug. It joined the electrical cord to countertop appliances like waffle irons and popcorn poppers.

I found this tool with some measuring devices. The octagon rotates and the other side is completely brass. 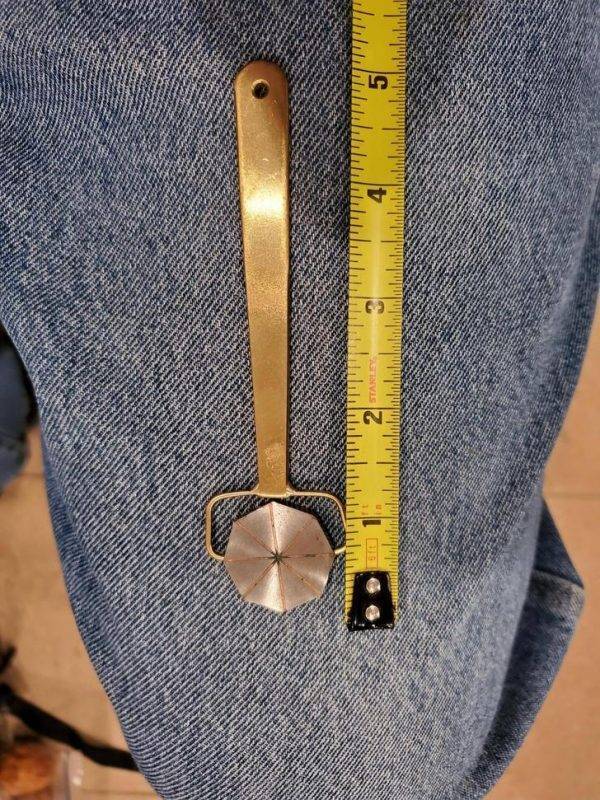 A: We use these on the railroad. We have big electro magnets we use on knuckles (part of the coupler) to test for cracks with a magnetic die. And we use this pie gauge to make sure our big magnet is working and the magnet isn’t malfunctioning

What are these barcodes stuck the pillars holding up a bridge for an elevated train used for and how are they used? This is the DLR in London. 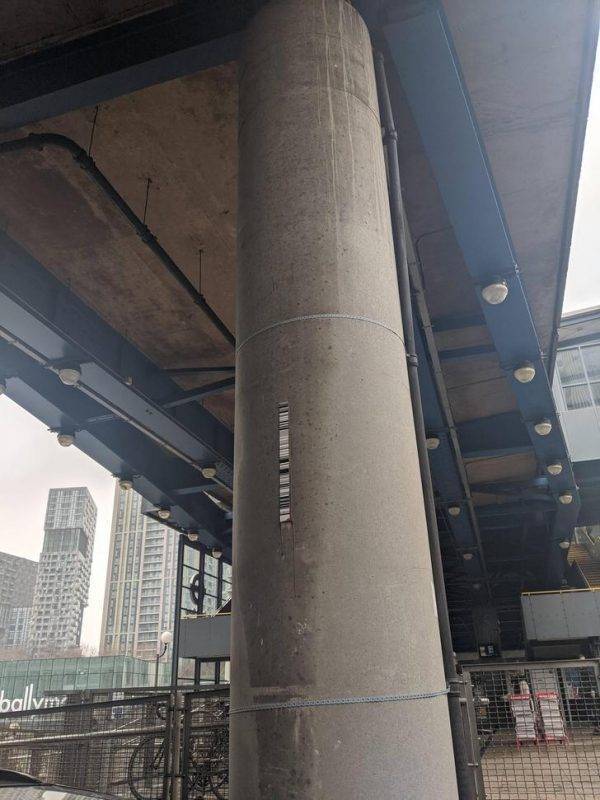 A: It’s a level you target with a fancy theodolight, what each bar does is that it represents numbers which the theodolight scans accurately and then works out the meters above sea level height. I’m guessing your near Crossrail so it’s probably there to monitor if the pile drops in height as they dig under it.

This thing is parking on my university campus… what is it? 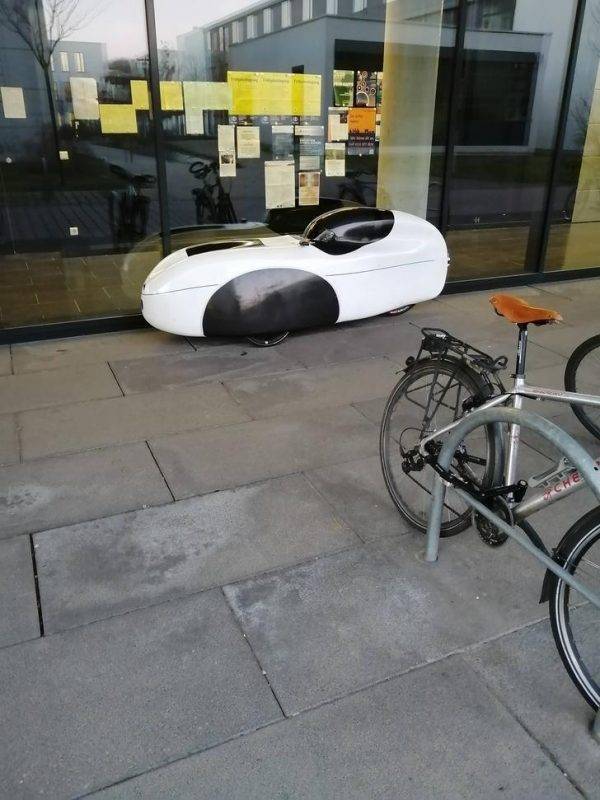 A: It is a type of velomobile

Bought in a secondhand store, thought it was for sugar.. 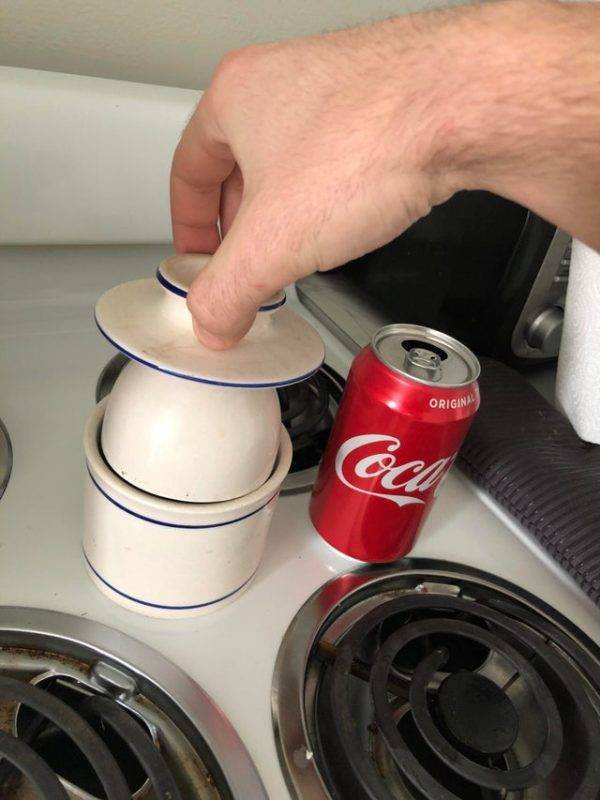 A: A butter bell. Fill the top with softened butter then insert into the lower part that is partially filled with water. Keeps air from getting to the butter and making it go rancid.

What is this? Found under my grandparents washer and dryer. 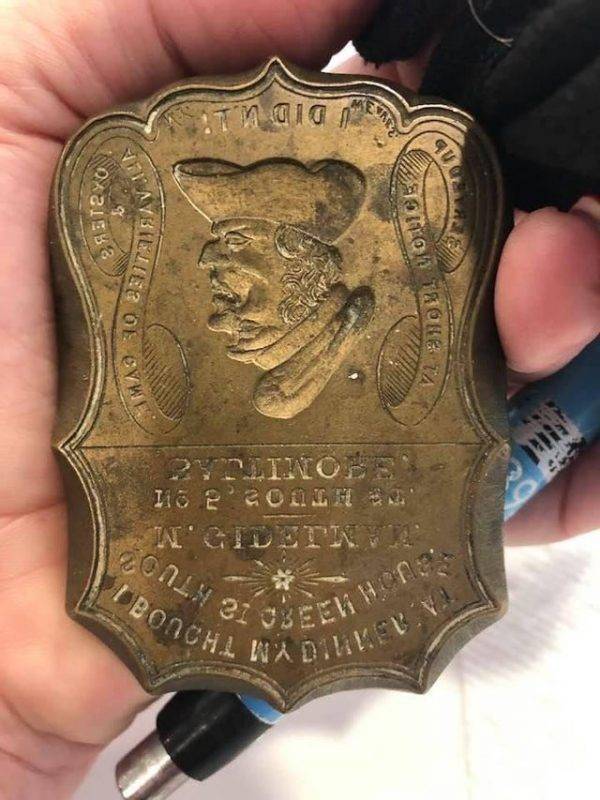 A: Probably designed to print a Cameo Trade Card, circa 1860’s. One of the coolest antique things I have seen listed in this sub in a long time.

Why is there a cable coming from the rain gutter? Oslo, Norway 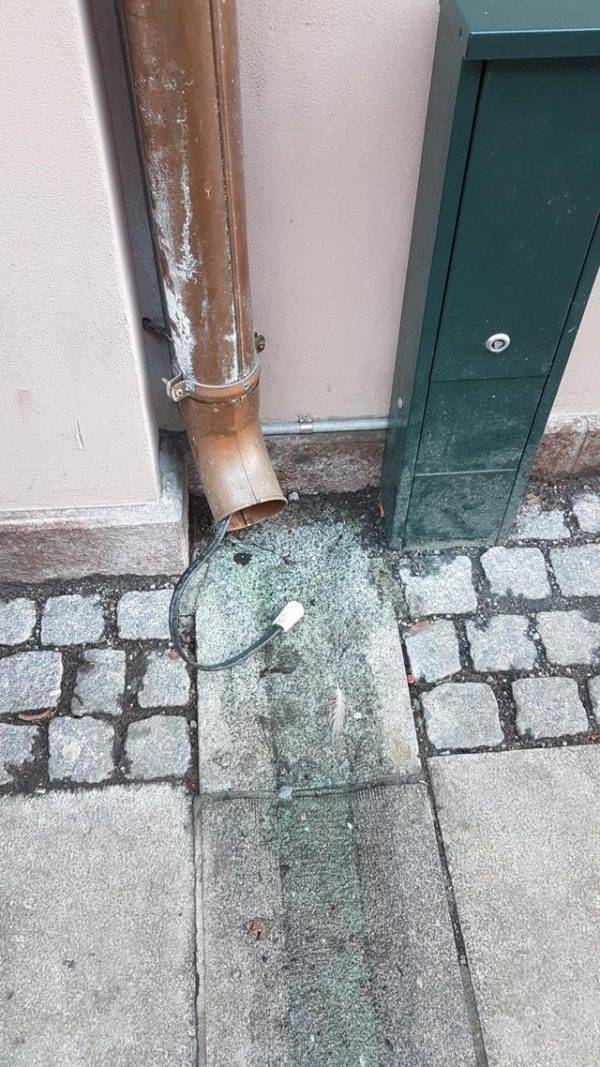 A: This heater prevents the gutter and down pipe from filling with ice and causing an ice dam that could get under the roof.

What is this ceramic ornament? It’s built like a bell of some sort, but only makes a tiny ‘clunk’ sound. 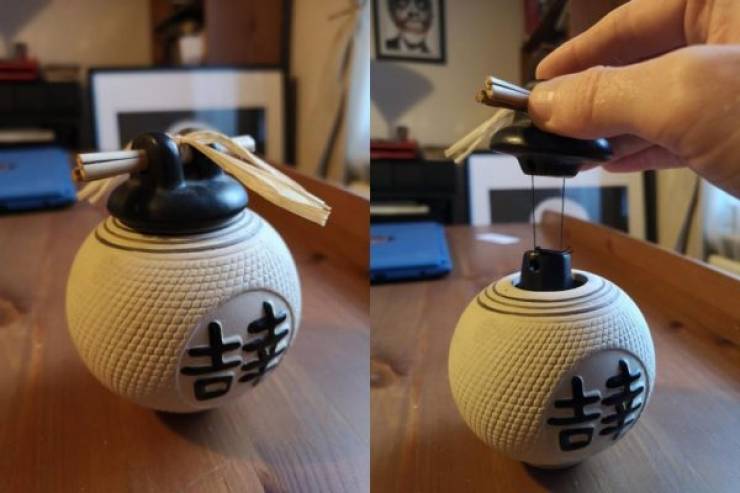 A: To lock the bag with the zipper pull

I traded a pin for this back when I was a kid, I’m 99.99% sure it’s not a medal of honor or anything like that but it would be interesting to know what it actually is as I cant read it. 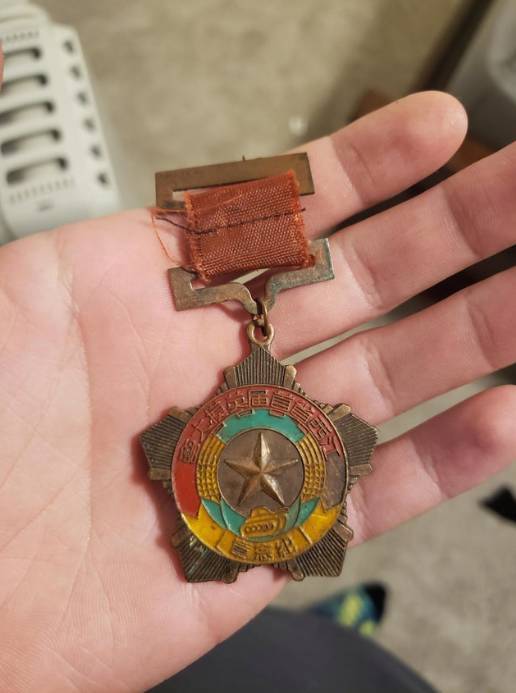 Found in my moms flat tire. 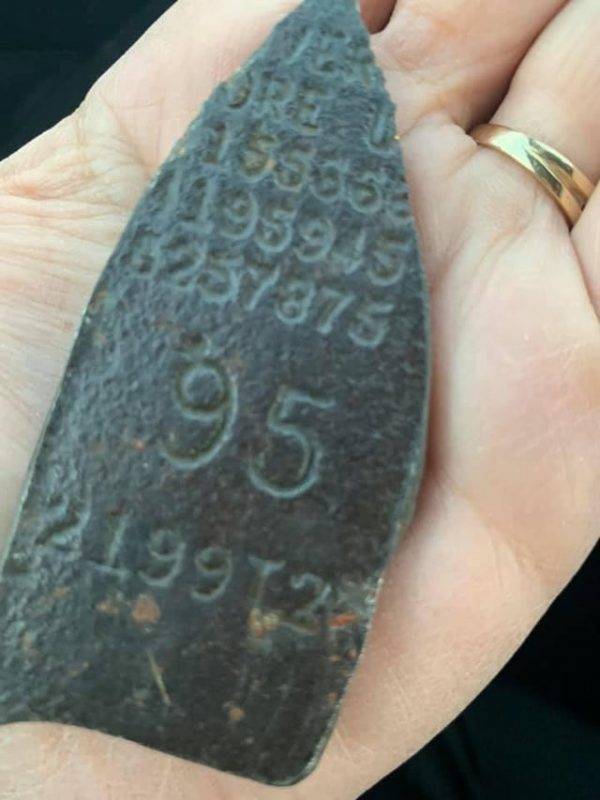 A: It’s a road marker a snowplow can go over without damaging, but only in one direction

My car broke down, and this was under it. Car will start, but won’t drive or reverse, only makes loud cracking noise. 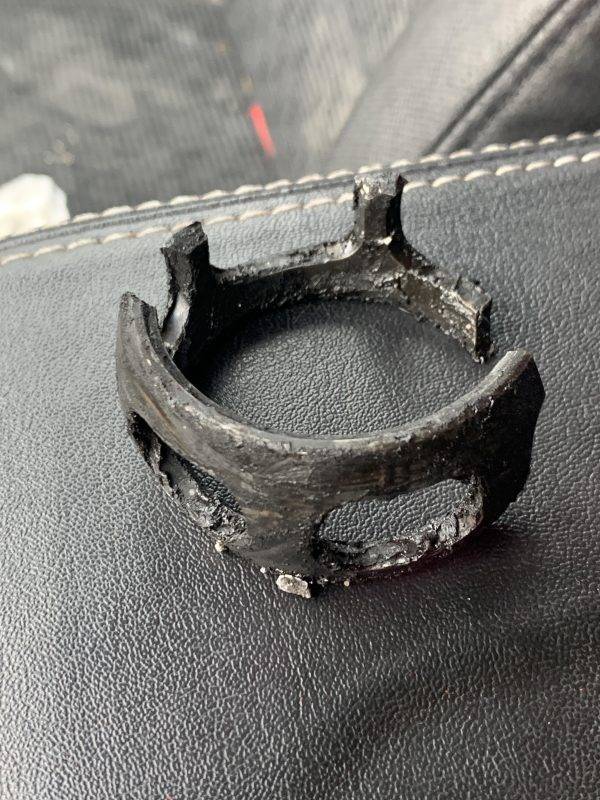 This means that the axle is broken, and the car won’t drive because the differential is sending all the power to that axle, which is what they do. The crackling is whatever is broken spinning around and hitting things. The good news is that if nothing else is broken, it just means replacing the axle and CV joints, which isn’t nearly as bad as a new transmission.

My daughter found this plastic little boy figure half buried outside in some gravel. What’s it for/from? 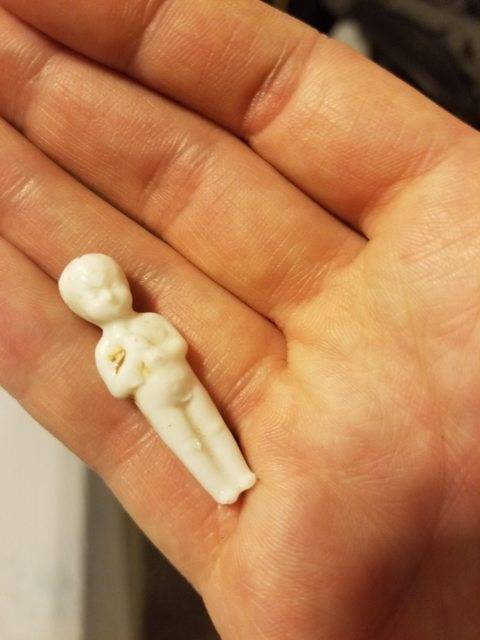 Previous 24 People That Like To Party Too Hard
Next Are 2000s Nostalgic Already?