Inventors that accidentally and ironically invented their demise

Do you know what the definition of irony is? It’s using all of your brainpower to try to invent something that’s going to help mankind, then having that same invention be the thing that takes you out. 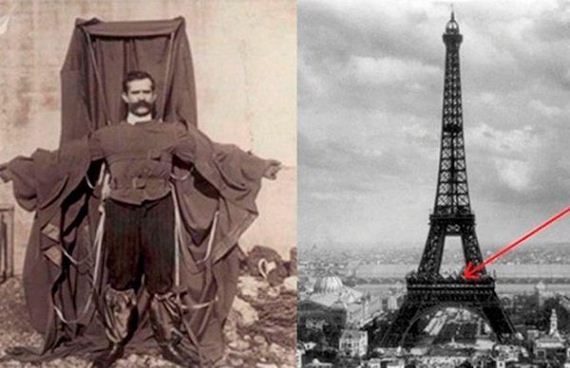 That’s the story of these guys. The intentions were there, the motivations noble, but something didn’t quite get worked out beforehand and now, they’ve become the subject of anecdotes, morality tales and punchlines.

Inventing is a dangerous job. 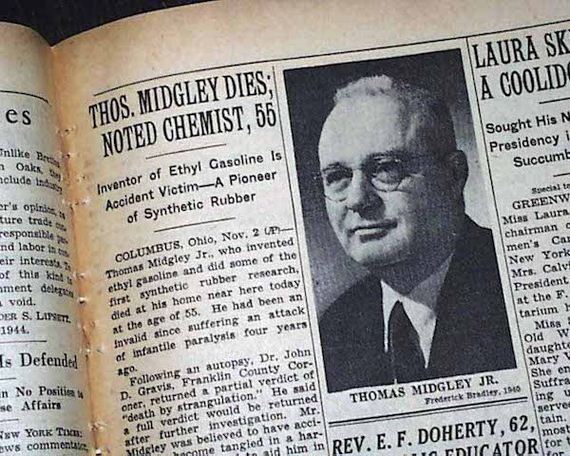 Thomas Midgley Jr.
Midgley Jr. was a chemist who had a lot of success solving a lot of tough car issues while working for General Motors. One such idea was coming up with the additives that were put in gasoline to avoid engine knocking, as well as coming up with leaded gasoline and chlorofluorocarbons (CFS), which is the reason we’re losing our ozone layer, but hey, at least your car doesn’t sound like it’s chewing softballs under the hood, right?

Ironically, his death had nothing to do with his day job. He contracted polio late in life, so he invented a series of harnesses to get him in and out of bed. One day, his invention, the one that was supposed to help, decided to strangle him in his bed. 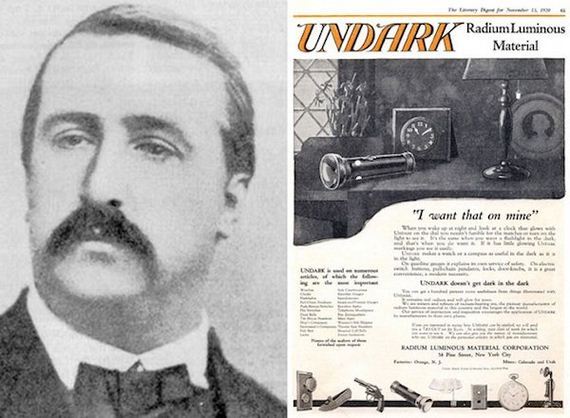 Sabin Arnold von Sochocky
This awesomely named gentleman invented glow-in-the-dark paint, which he called Undark. He had a successful factory creating thousands of glowing watch dials a day until his workers started to drop dead. Turns out, his product glowed because it was radioactive.

Sochocky himself succumbed to radiation poisoning from his factory in 1928, and it was only by WW2 that the dangers of radioactivity were truly understood and everyone know how dangerous it was. The site of his factory was quarantined in 1983 and took until last year to be truly decontaminated. 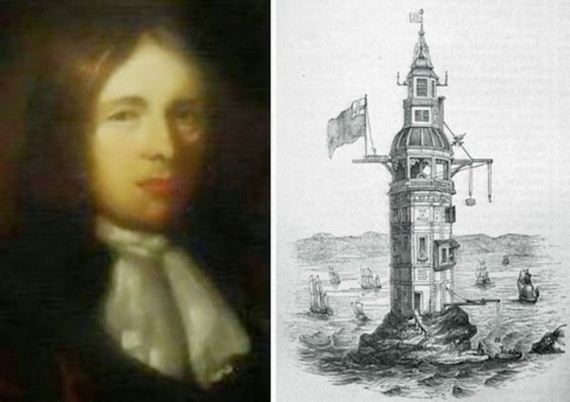 Henry Winstanley
Winstanley is credited with inventing the offshore lighthouse in 1698 and used 50 candles and mirrors. He saved countless lives until one day, during an event we now call The Great Storm, he went outside to repair his lighthouse and it collapsed on him. 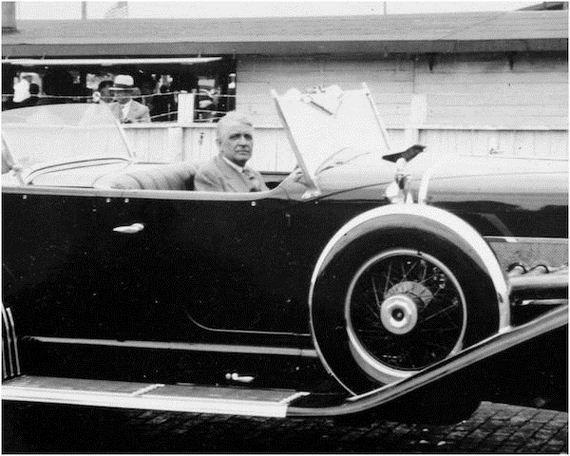 Fred Duesenberg
The Duesenberg bothers, Fred and August were known for building fine German cars. They built their first car in 1904 and by the 20’s, their cars were winning at the Indy 500. It seemed like the Duesenberg auto brand was on its way up until Fred D was driving one of his cars at a high speed on a mountain road and flipped it. The crash didn’t kill him, but the resulting pneumonia did. 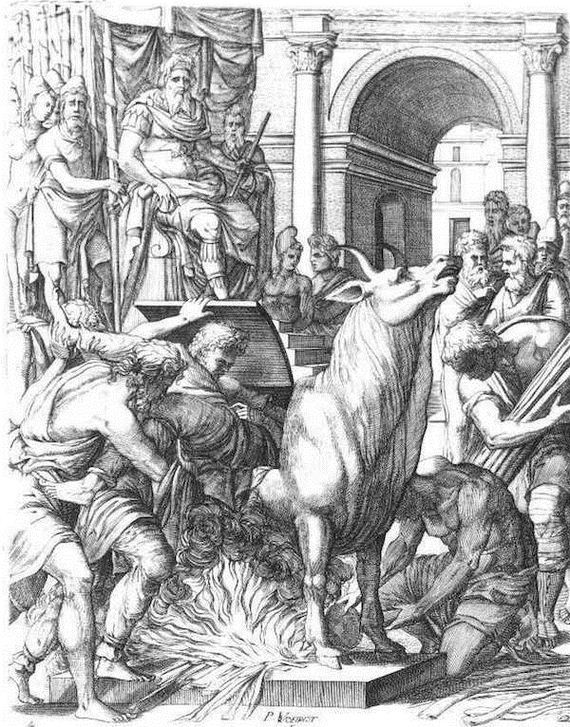 Perilllos of Athens
Perillos is the inventor of one of the most notorious and heinous tourture/execution methods of Ancient Greece – the Brazen Bull. This was a bronze sculpture that you’d put a criminal in, set ablaze and let his screams of roasting alive come from the bulls nostrils.

He went to demonstrate this to a Sicilian nobleman Phalaris, who didn’t believe it’d work, so Perillos went inside the bull to demonstrate. Phalaris’ henchmen locked the bull and lit it on fire, roasting the inventor alive. 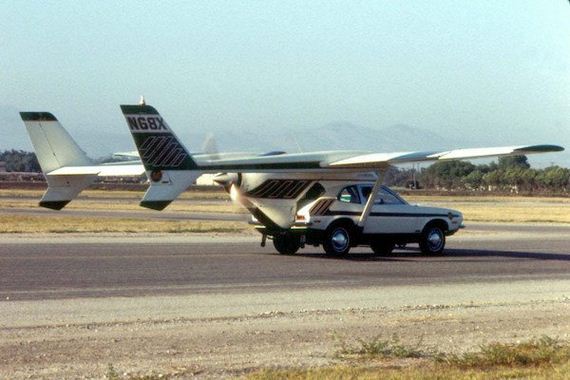 Henry Smolinski
Though it wasn’t the first prototype of a flying car, this was the most notorious. In the 19070’s, Smolinsky thought it’d be fun to attach wings and a giant Cessna propeller onto a Ford Pinto, which already was one of the most dangerous commercial vehicles invented.

He and his partner actually had some successful test flights, but there was one issue. The wings were detachable, and during a routine test flight in 1973, the wings actually fell off, causing them to plummet to the ground in a hatchback known for exploding. 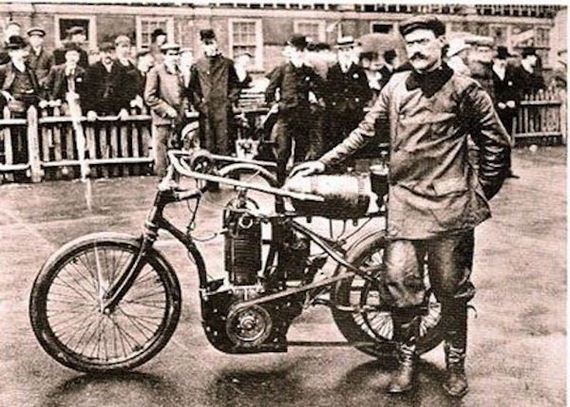 William Nelson
Nelson, an engineer for General Electric, invented a motor attachment for a standard bike in 1903. He went to demonstrate it, gained too much speed going down a hill and crashed, getting killed instantly. 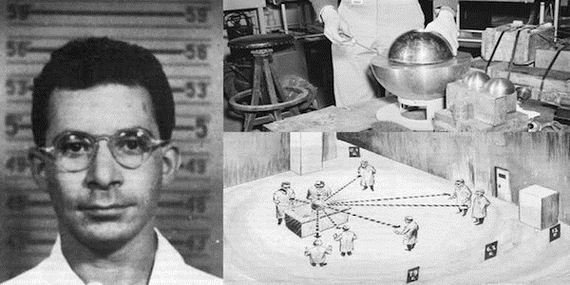 Louis Slotin
Further proof that dudes in the 40s and 50’s were unadulterated badasses, Louis Slotin helped build the first atomic bomb. When he was giving a demonstration of a procedure called “ticking the dragon’s tail,” he brought a nuclear core to the brink of detonation, then back – most likely casually smoking in his Raybans.

There was a blue flash of light, and Slotin’s body received 4x the lethal dose of radiation, giving him internal 3D sunburns and killing him 9 days later. 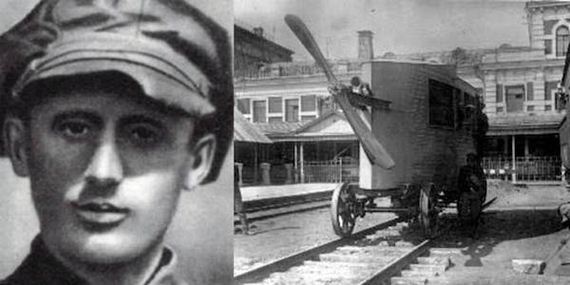 Valerian Abakovsky
Keeping up the tradition of strapping engine parts to things that don’t need them, this Russian gentleman put a propeller on a rail car and made a journey between Moscow and another town, and while it shook and seemed dangerous, they made it.

On the way back, however, physics took over and the train car derailed at a high rate of speed and Abakovky and other Russian officials were killed. 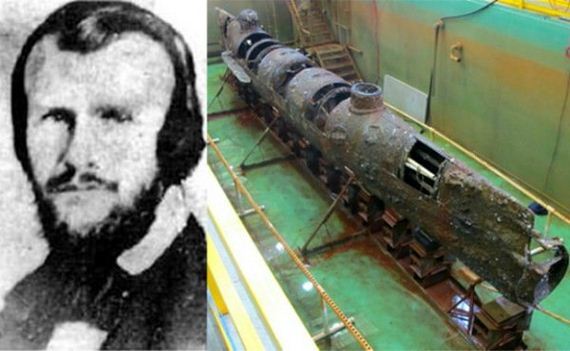 Horace Hunley
Hunley was an engineer and a Confederate solider who built a prototype submarine for the South in 1862. After a succession of failed attempts, he finally had one that could fit 8 crewmen and he went out a test run and the submarine sank with Hunley on it. The Confederates salvaged it, renamed it and tried to repurpose it and it sank again.

It was the only invention that not only killed it’s inventor, it also killed more of its own crew than the enemy. 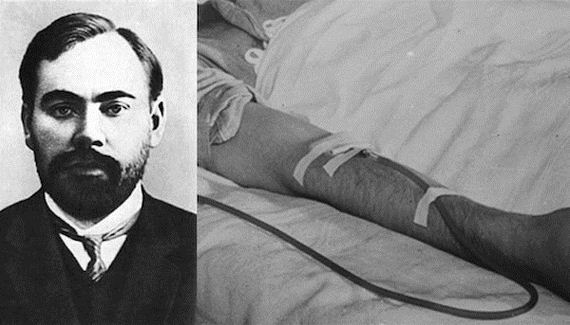 Alexander Bogdanov
If you’ve ever had to get a blood transfusion, this is the guy to thank. While he didn’t invent all the components of it, he was using blood transfusions in an experimental capacity to discover rejuvenation and youth, until he was injected with a blood sample that was incompatible with his blood type. Other accounts claim that the blood was infected with malaria and TB as well, so it was a trifecta of stupidity that killed him. 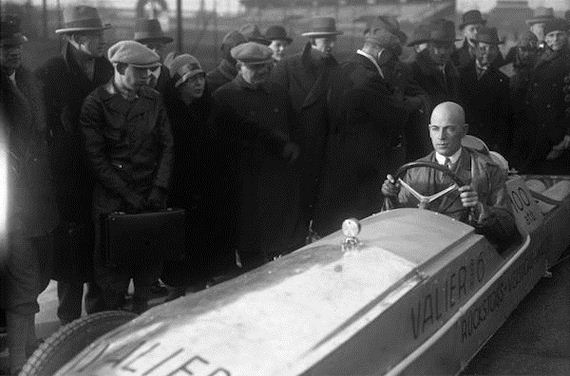 Max Valier
This 1920’s rocket scientist was literally that. He’d attach black powder rockets to anything – gliders, sleds and race cars. But when that wasn’t fast enough, he started to play around with liquid rocket fuel.

One day, as he was testing his liquid rocket fuel-powered car, it exploded and sent a piece of shrapnel flying into his heart. 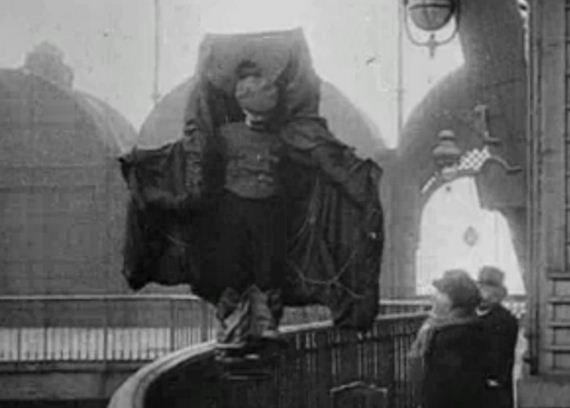 Franz Reichert
This Austrian-born Frenchman had big, brass ones that cannot be measured. He was a tailor and designed a parachute/flightsuit/jacket combo. He invited the press and a film crew to the Eiffel Tower for a demonstration in the winter of 1912. Originally planning to use a dummy, Rreichelt decided to test the coat himself.

Expecting to float to the pavement like a flying squirrel, instead he plummeted to the ground, dying instantly. 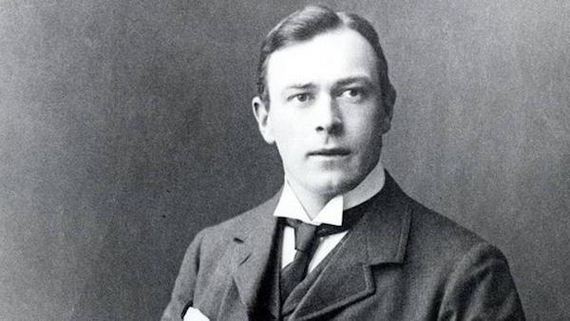 It was his design that led tot the flaws in the ship, and thus, he helped evacuate those he could and ended up heroically going down with the ship.