Is That A Car Magnet?!

As many drivers were jumping the curb at this place, this rock was put in as a solution 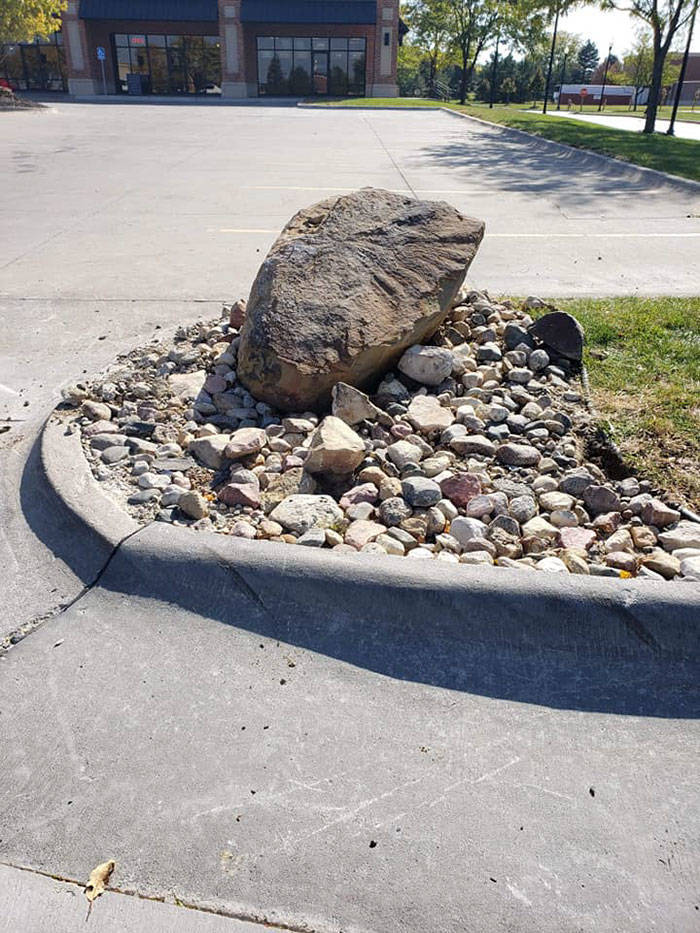 “I honestly am not sure when the rock was put into place,” Devon Barnett, a member of the Facebook group devoted to the famous rock, told. “I did use to work for the Hy-Vee store that is right by the rocks, and I believe it was there when I was working there back from 2000-2010.”

Yet, that did not seem to stop them: “I know the rock was put there because a lot of people would drive over the curb and get flat tires. It would also cause giant holes where the grass is being ripped out and where rain would collect and make a giant mud puddle.” 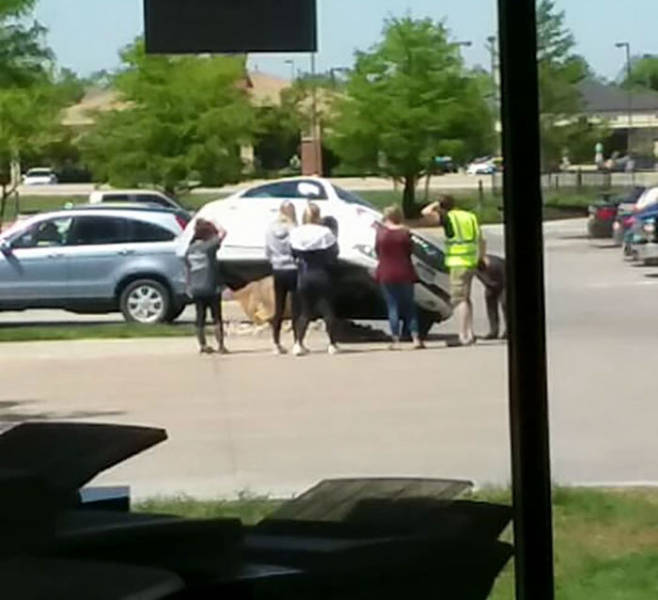 Devon thinks that with bigger SUVs, it is hard to see the rock. “But I also strongly believe people just do not pay attention when driving.”

However, she agreed that the rock is becoming a local celebrity. “Now that there are Facebook pages and Twitter pages, I think it started to pick up steam on Twitter first, and then a Facebook profile was created last week. I do have a picture of what was in the baggie on the ground, next to the rock in the photo you shared of me in the article.” According to the Driving Instructor Blog, there are a few reasons why people can’t make a corner with their vehicles. “For example, many new drivers when they’re turning left, instead of looking at where they’re going while they’re turning, they’re still looking at some oncoming traffic that is down the road. If you’ve decided to turn, then you’ve decided it’s safe to turn in front of that traffic; so what’s the point in staring at it anymore? It’s not like you can turn halfway and then press pause and reevaluate your decision. So essentially you aim your car where you look. If you’re still looking at the oncoming traffic while turning left, then your car will tend to aim towards the oncoming traffic, leading to a wide turn; as oppose to simply making a safe decision to turn when you see a safe gap in that traffic, and then looking where you actually want the car to go and then going there.” 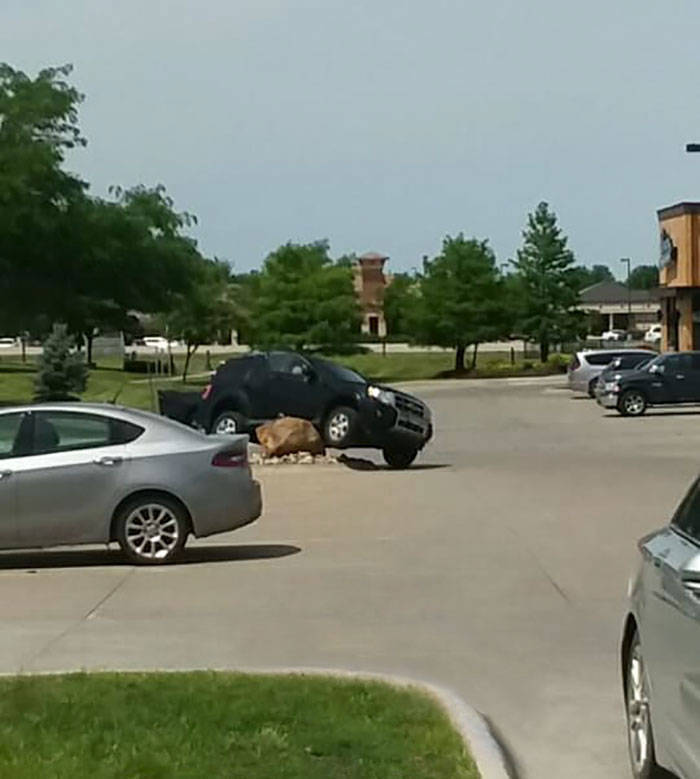 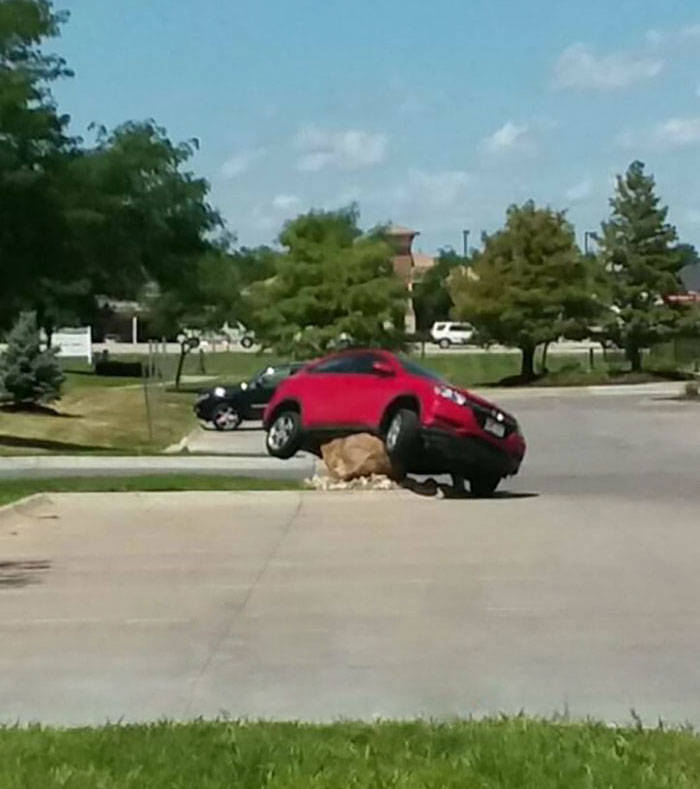 Another common problem is turning the steering wheel too soon – before your car has reached an appropriate part of the intersection/road (cutting the corner). “If you do this on a right turn you run the risk of hitting the curb. Sometimes it seems like new drivers forget that their car has 4 wheels; the front 1/2 of the car makes it around the corner but the rear wheels don’t exactly and might hop the curb. If you do this on a left turn it means your car is traveling over a section of the wrong side of the road, which could obviously be dangerous if there is traffic coming there.”

On the other hand, if you turn the steering wheel too late your car can go too far past the point where you should have turned the wheel (wide turn). “If you do turn the steering wheel ‘too late,’ then you often have no choice but to then turn the steering an additional amount – and thus of course having to un-steer it that amount on top of the required amount – in order to make it around the corner without ending up (or staying) on the wrong side of the road. This is a ton of extra and unnecessary work!! Driving should not be that much work.”

Instead of jumping the curb, they were getting stuck on that damn rock! 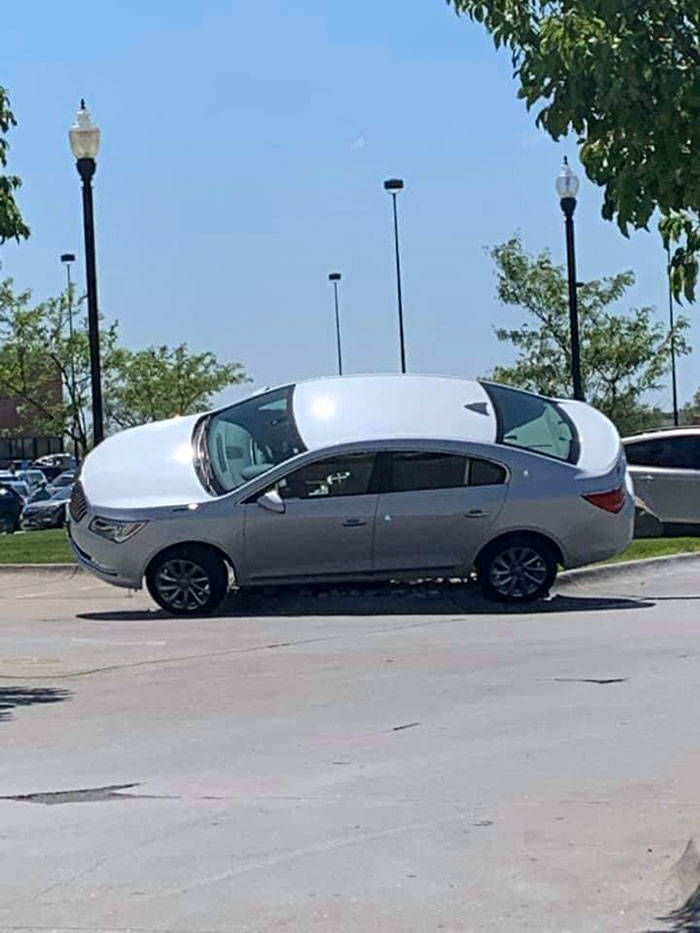 Speed might also play a role in these mistakes. “You have issues with your vehicle speed relative to your ‘steering speed.’ If your car is going so fast that you don’t leave yourself time to turn the wheel enough, then that’s not going to work. This is one of the reasons why we recommend to slow to 20 km/hr before turning, no matter what the circumstance.”

There were so many of the ‘victims’, they even created a facebook page just so people would have a place to post their pics 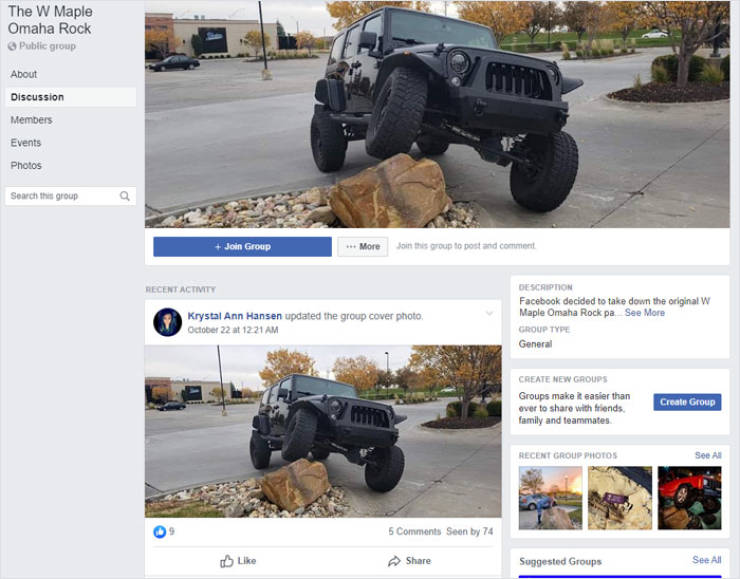 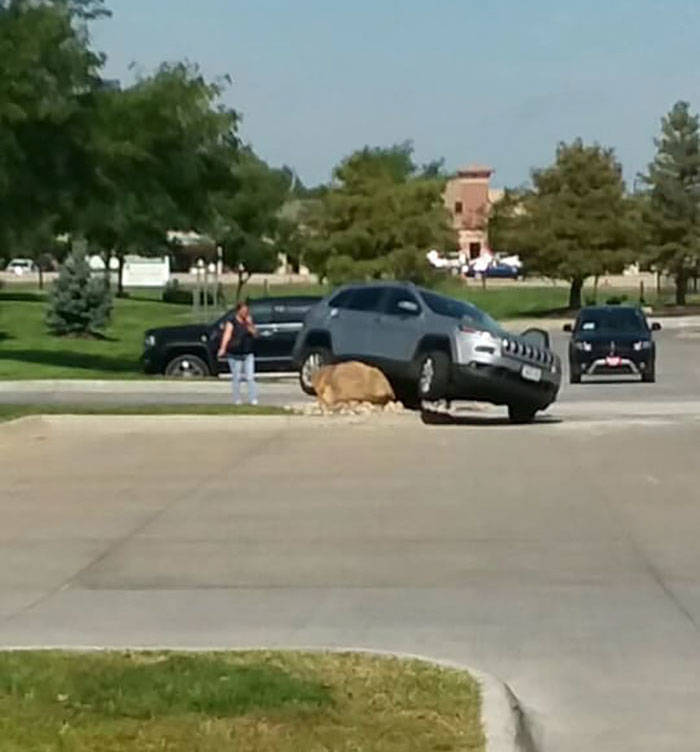 Oh the tow truck companies must love this rock 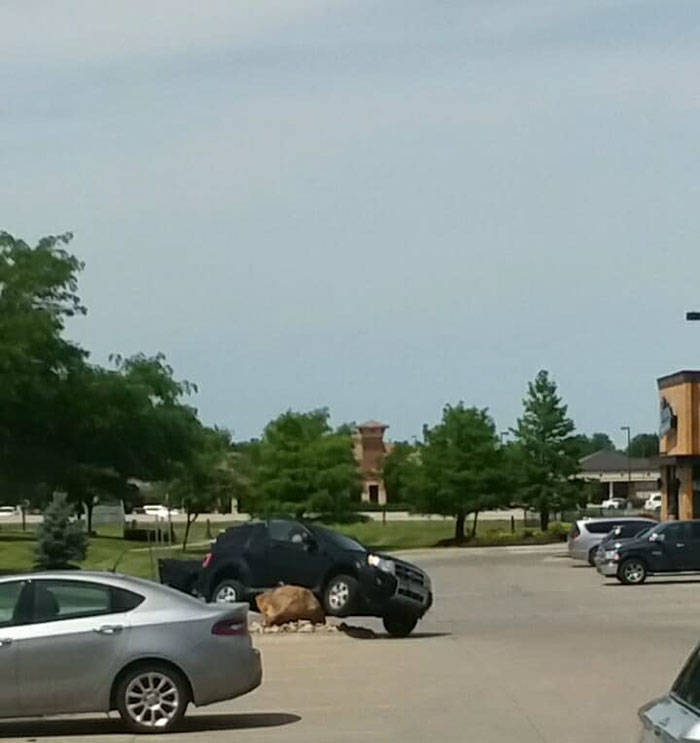 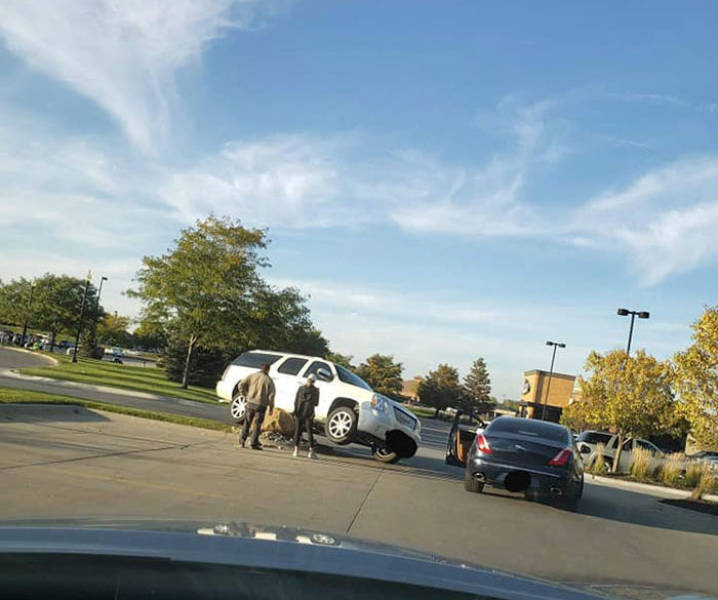 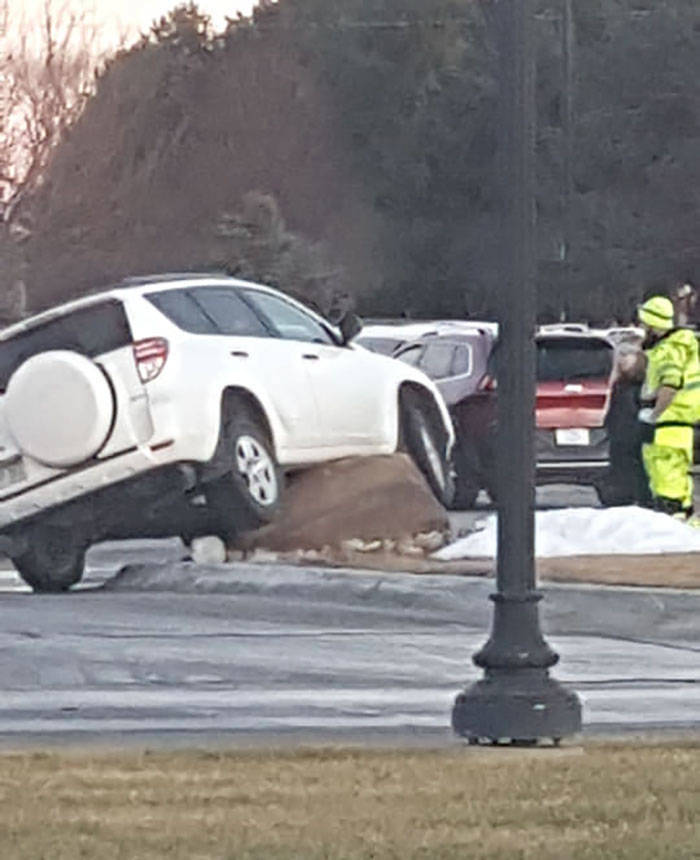 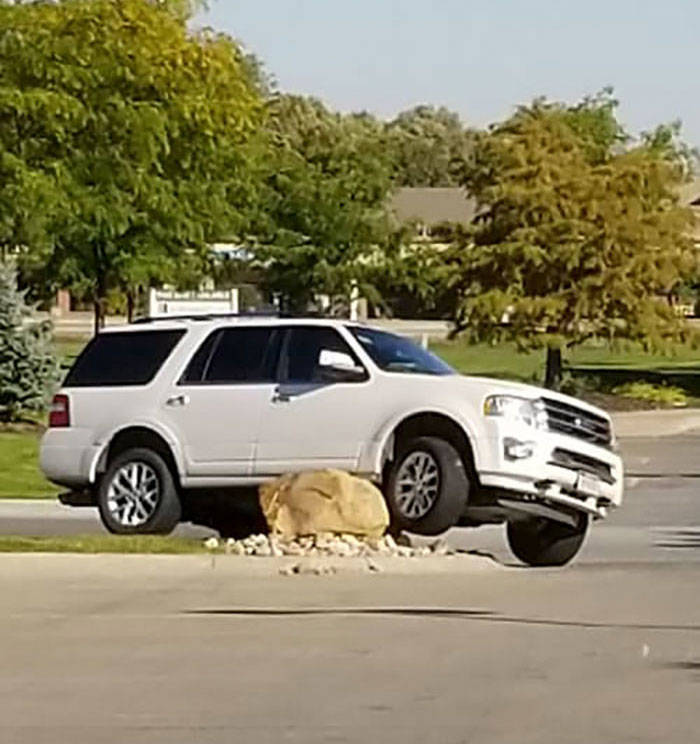 The rock is now a famous local place, where people take pics, some even use props 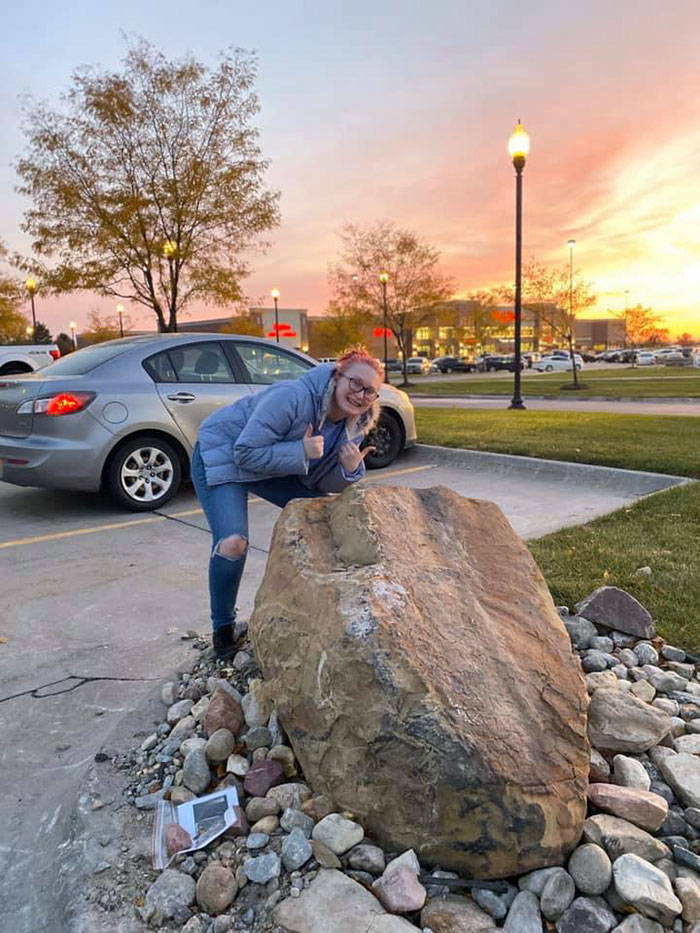 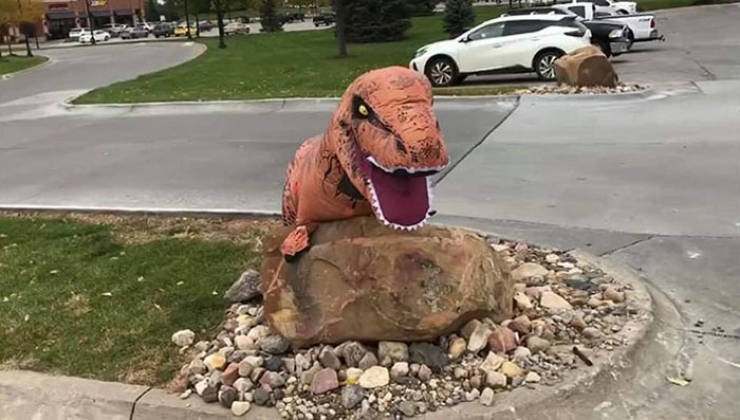 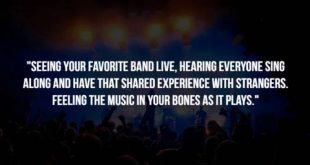 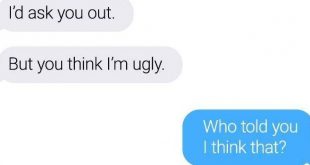 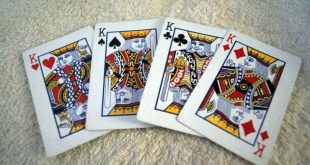