It’s official, there is liquid water on Mars! 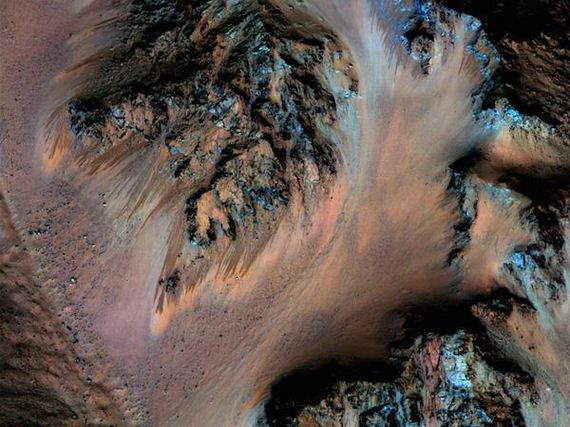 Scientists from NASA confirmed this morning that liquid water flows on Mars. Salts occurring in the Martian soil prevent the water from freezing just like the salt we put on roads here on Earth.

Dark streaks known as recurring slope lineae (RSL) grow up to a few hundred meters in length and are formed by briny liquid water. These streaks lengthen and get darker in the warmer months and fade away in the cooler parts of the year. For years it has been hypothesized that they were created by water but there was no evidence until now. Spectrometer observations of the RSL show signatures of hydrated salts which confirm the hypothesis.

“We found the hydrated salts only when the seasonal features were widest, which suggests that either the dark streaks themselves or a process that forms them is the source of the hydration. In either case, the detection of hydrated salts on these slopes means that water plays a vital role in the formation of these streaks,” said Lujendra Ojha of the Georgia Institute of Technology, lead author of a report published in Nature Geoscience. 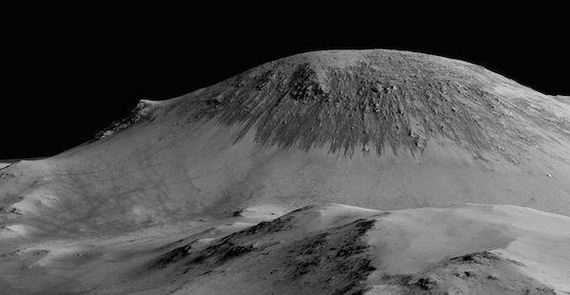 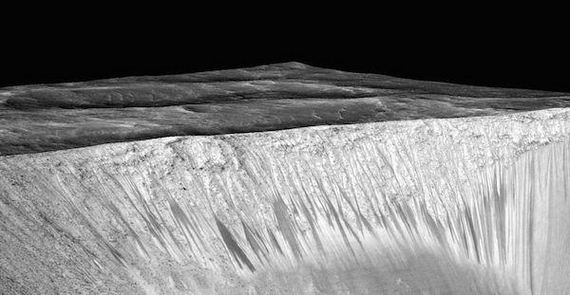 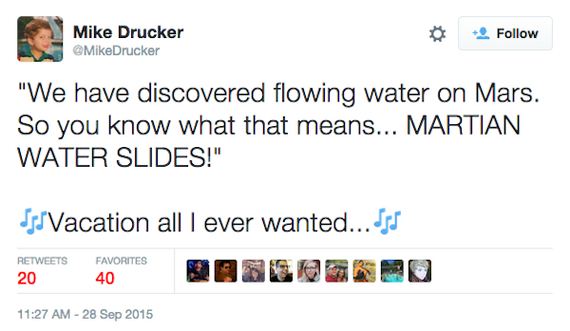 And of course, Twitter has been having some fun with the announcement. 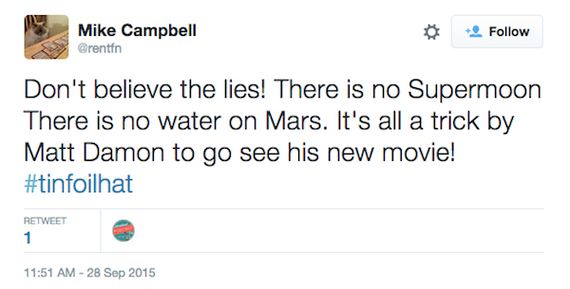 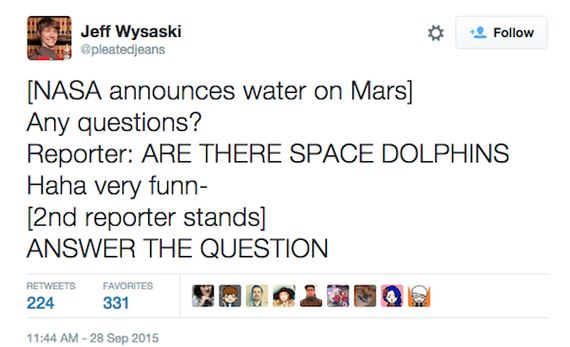 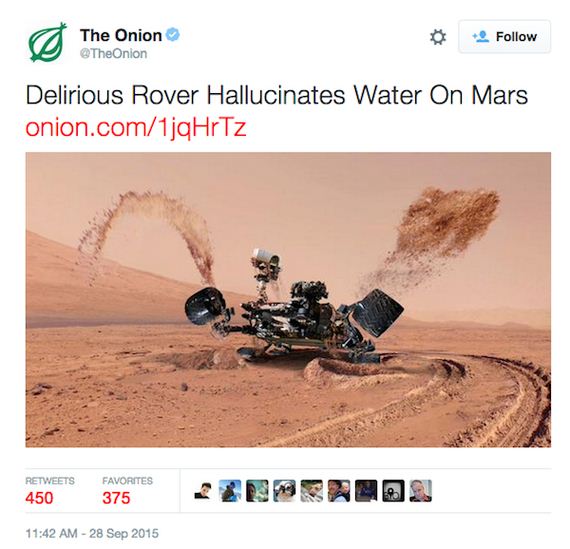 Loading...
Previous DGAF I Do What I Want
Next Meanwhile At Volkswagen