I’ve Seen People Turn Garbage Into Some Cool Stuff. But THIS…. This Is Absolute Brilliance. 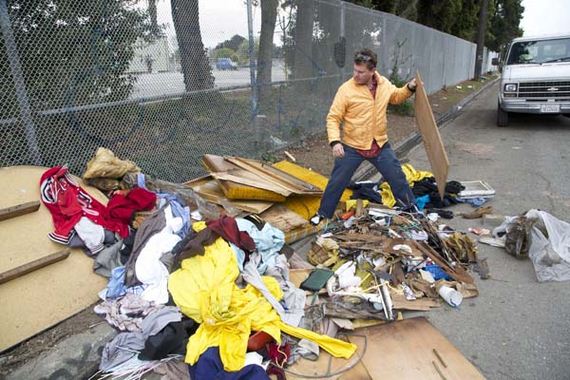 Gregory Kloehn goes dumpster diving, but not for the reason that most people would think. He isn’t homeless. In fact, he is an artist from Oakland that is trying to help the homeless and develop his craft at the same time.
Instead of building sculptures that he would sell to rich people to add to their massive homes, he decided to focus his efforts on helping house the homeless population in California.

He uses what he collects to build small, one room shelters for the homeless. 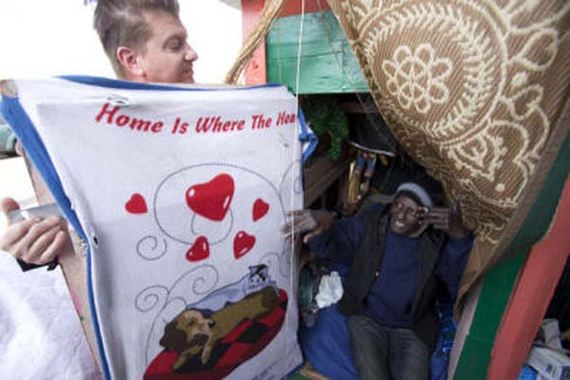 And his homelessness project is getting attention. 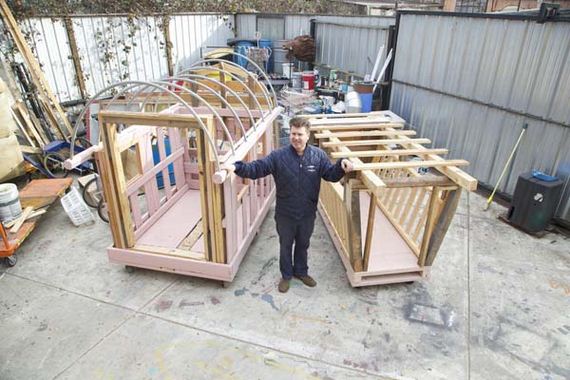 Not only from the media, but from the people he helps as well. 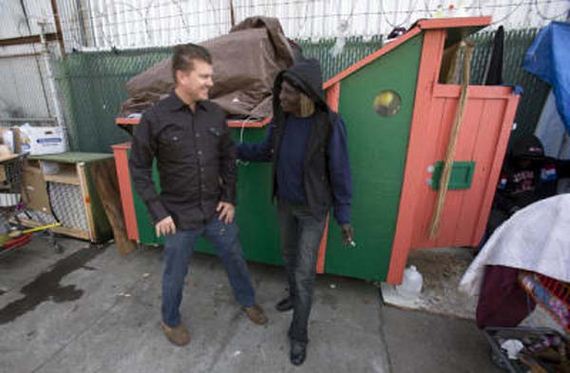 The “little homeless homes” are about the size of the sofa. 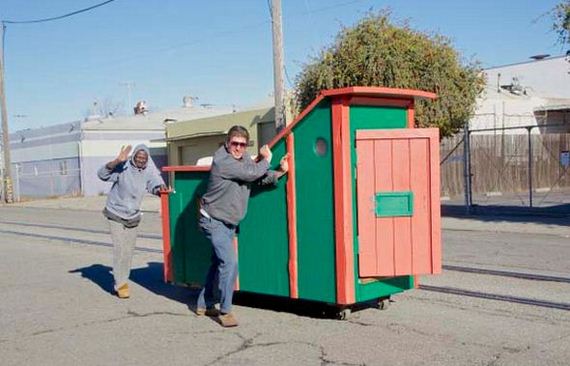 But, something that small can mean the world to someone living on the streets. 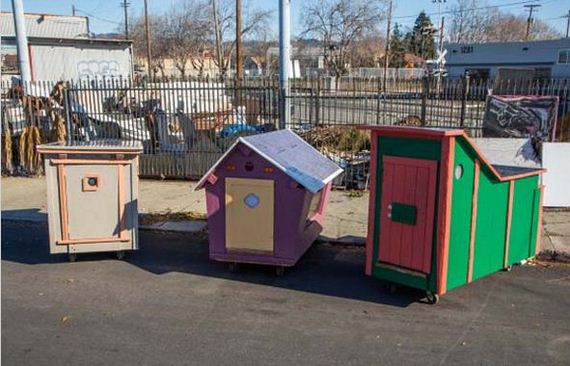 Each of the homes are built with a pitched roof, so rain will run right off of them. 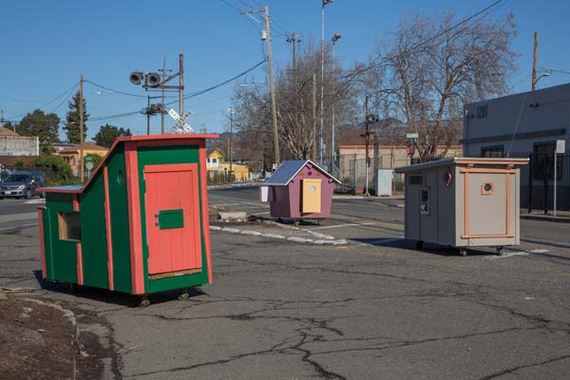 They also have wheels, so their owners will be able to wheel them around if they need to. 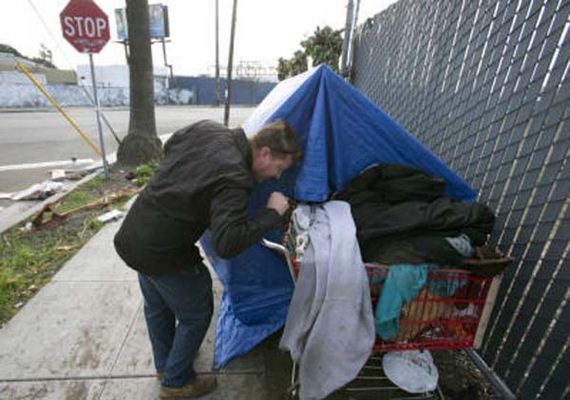 The foundation he usually uses are discarded wooden pallets. 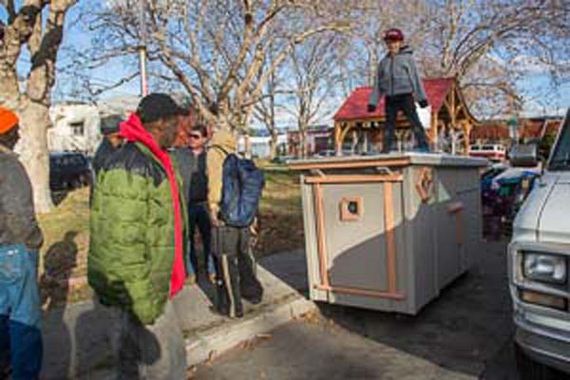 At first, as an artist, he made sculptures. 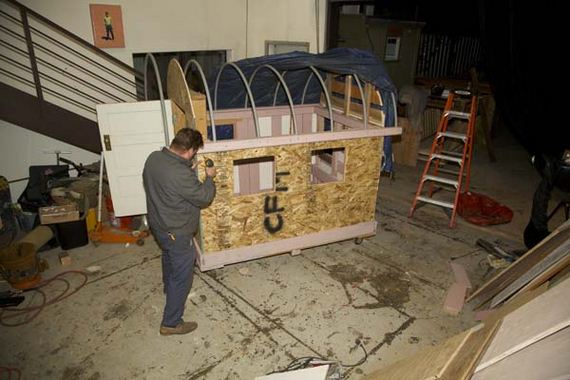 But peddling his creations got old. 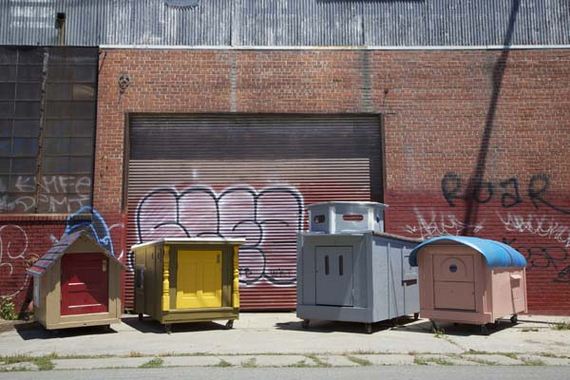 Since he focused on housing, Gregory knows what he creates is being used. 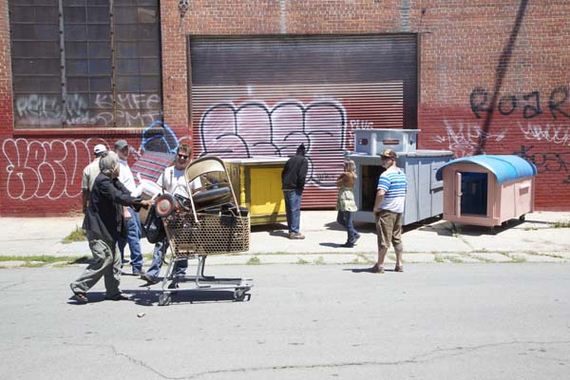 A homeless woman he knows well, Wonder, raves about what he does. 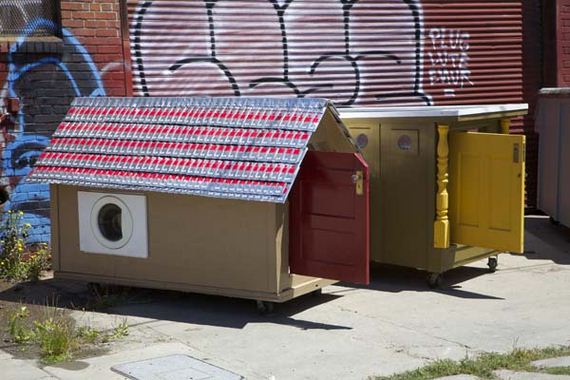 The small shelter Gregory built for her was the best house she’s had in 5 years. 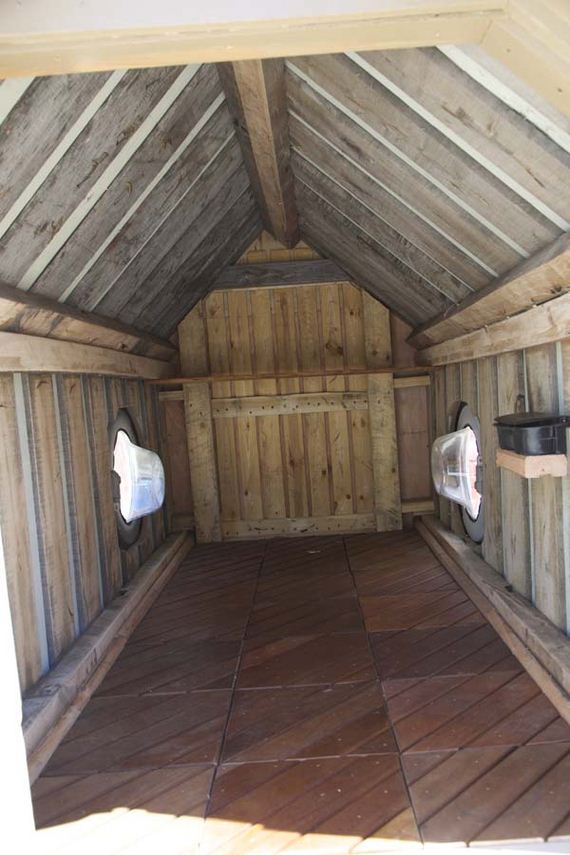 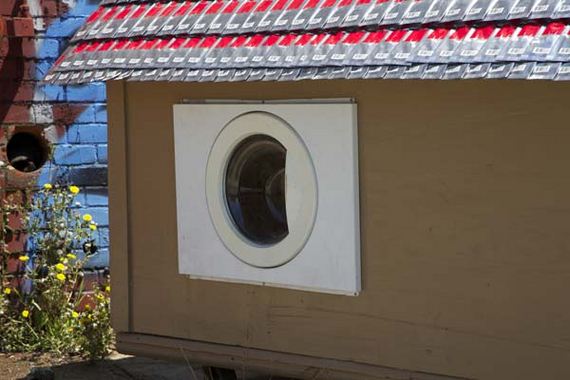 His focus seems to be on helping them build homes… 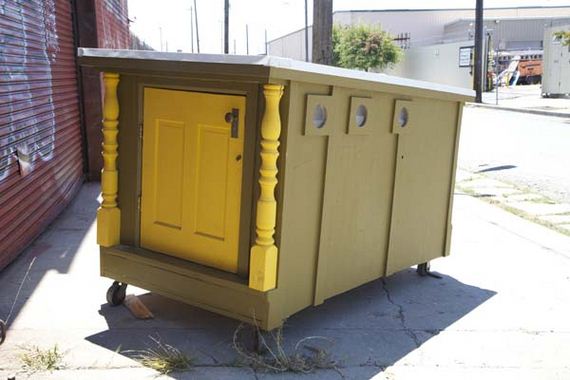 Even when they don’t have a conventional “house” to work with. 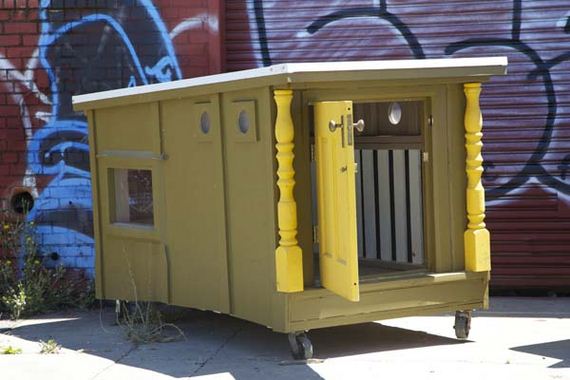 At first he was just building tiny homes to sell. 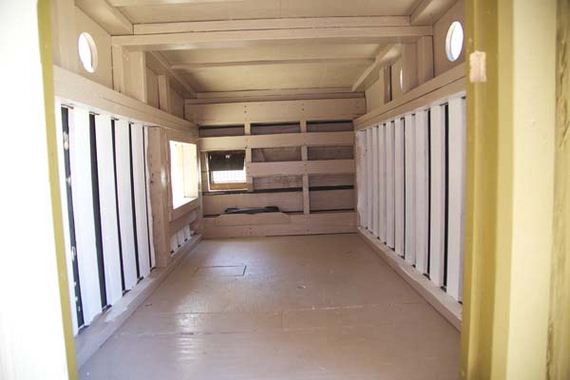 One day, a homeless man came by his studio asking for a tarp. 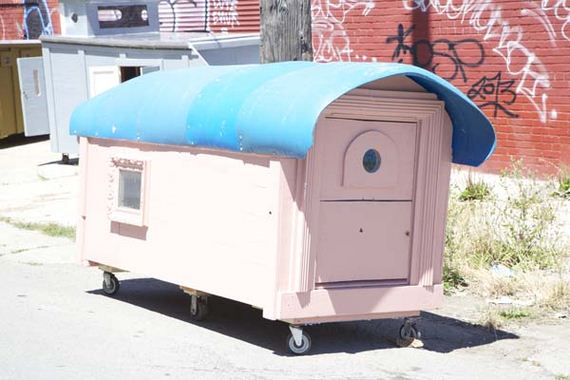 All Gregory had was a tiny wooden frame he was working on, equipped with a built-in kitchen, water tank and a small trap for human waste. 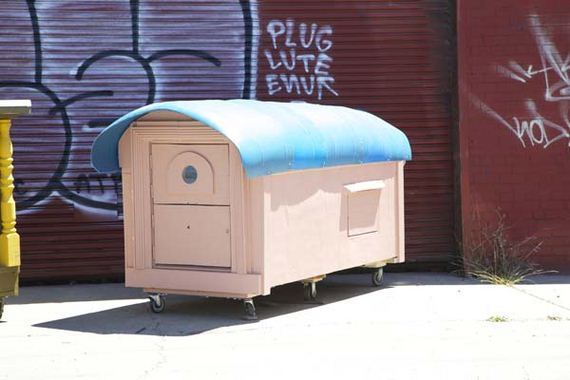 He then realized… it was a home that this man could use. 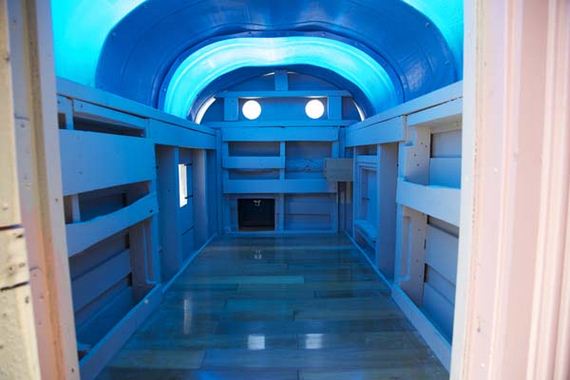 Someone could use it and it would change their life. 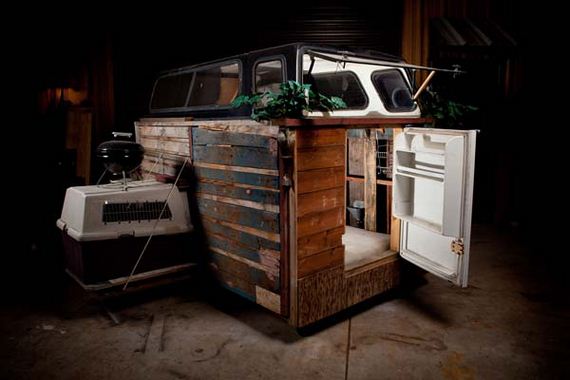 He can’t build houses for all of Oakland’s homeless. 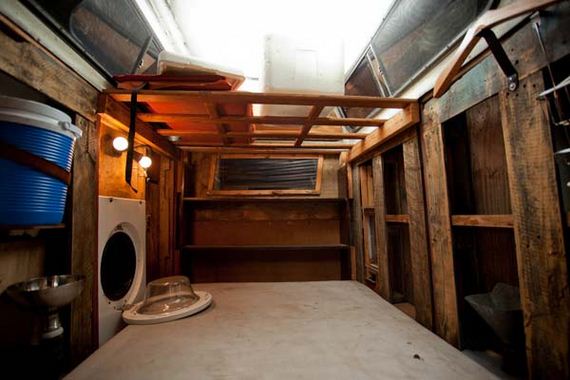 However, he doesn’t intend to stop building any time soon. 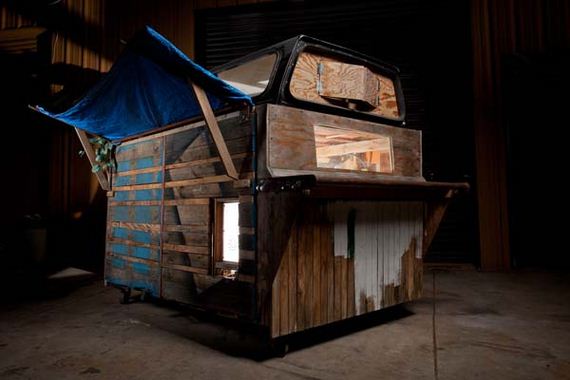 He’s thought about starting classes, teaching others how to make them. “A lot of people who hear about what I’m doing want to get involved,” he said. “Maybe we meet someplace and put a couple homes together.” 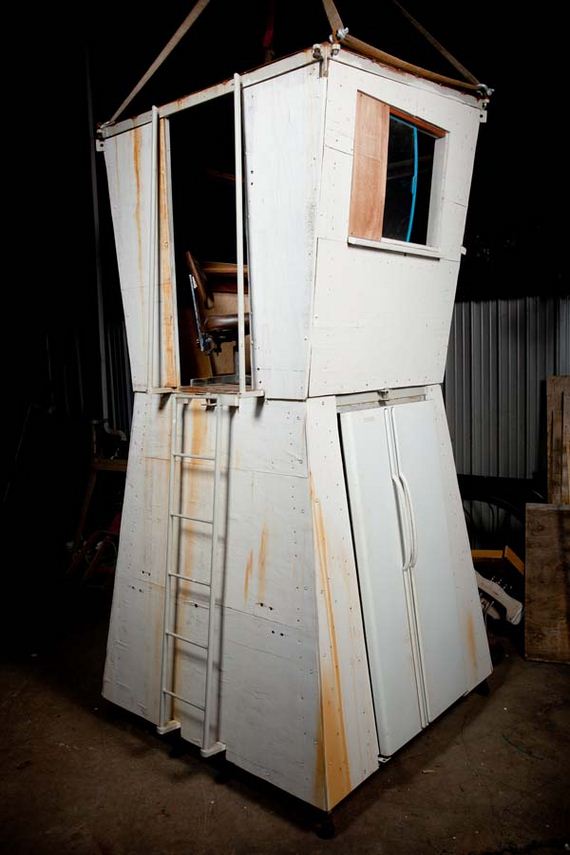 This artist uses trash to change people’s lives. It’s absolutely brilliant. If more people could learn how to create these tiny homes for others, the impact could be huge. Strangers have come forward on his Facebook page to donate money to what Gregory is doing.
Share this amazing initiative by clicking on the button below. This is the kind of idea that should catch on. People’s lives could be changed forever.

Previous After His Death, This Grandpa’s Family Found A Trunk He Left Behind. What’s Inside Is Fascinating.
Next Here Are 8 Disney Classics With More Realistic Endings. They’re Disturbingly Truthful.