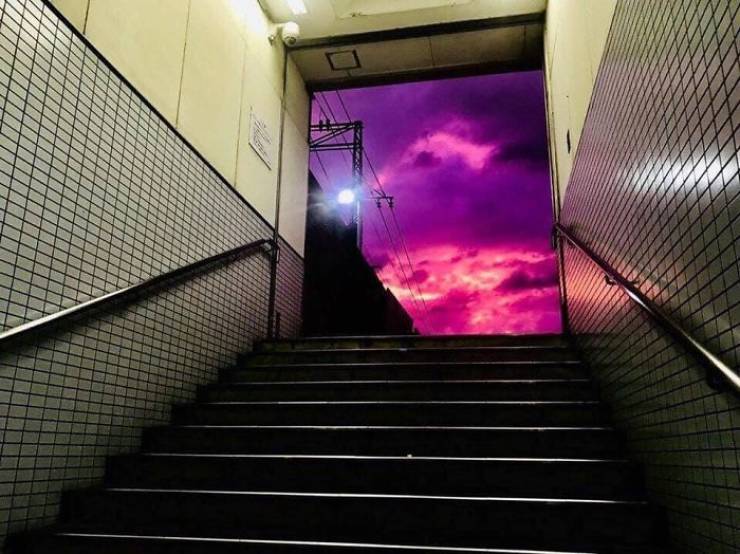 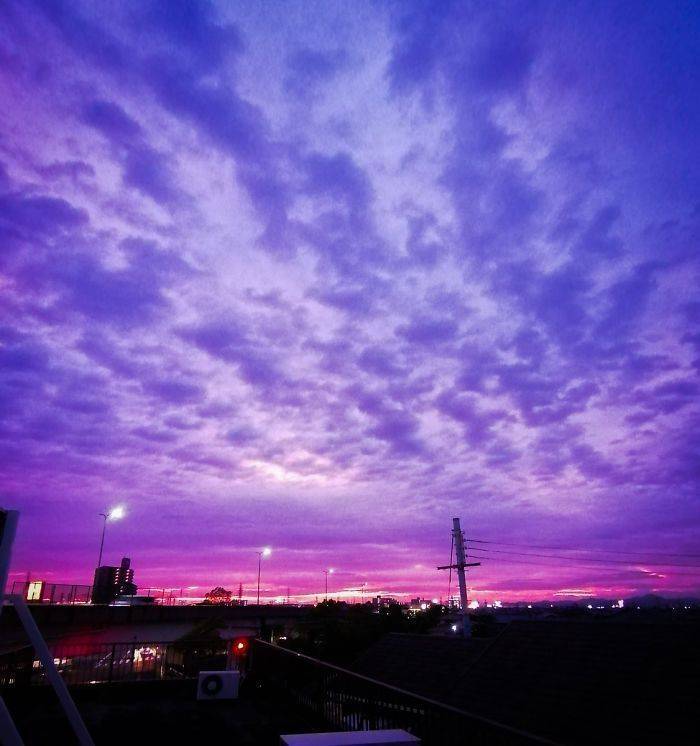 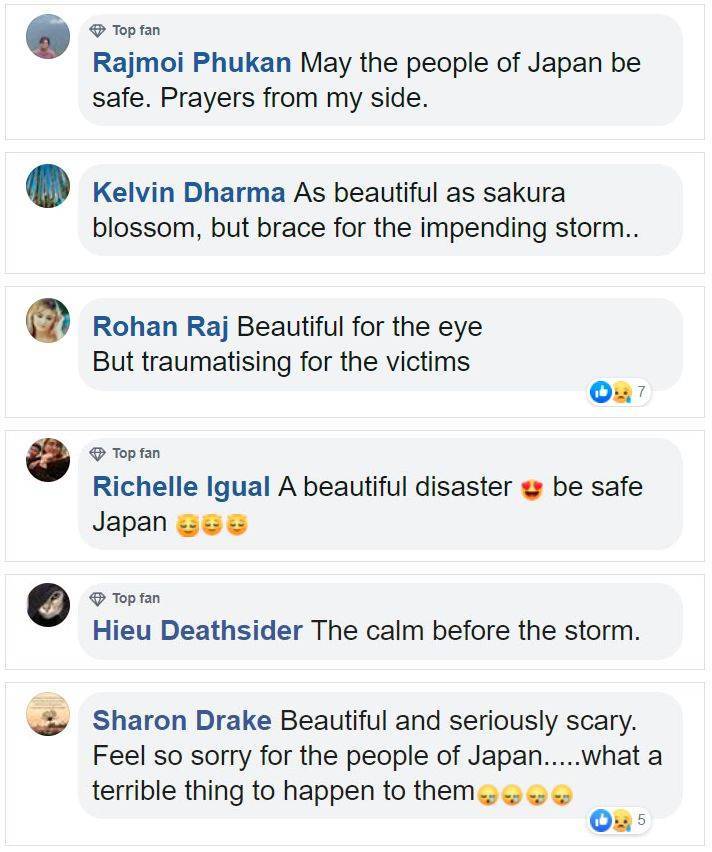 The vivid tint is the result of a weather phenomenon called “scattering.” It occurs when the molecules and small particles in the atmosphere influence the direction of the light, causing it to scatter.

As heavy storms and rain wash away larger particles — which absorb more light and scatter wavelengths more evenly, resulting in muted hues — out of the air, the colors of the sky become more intense. 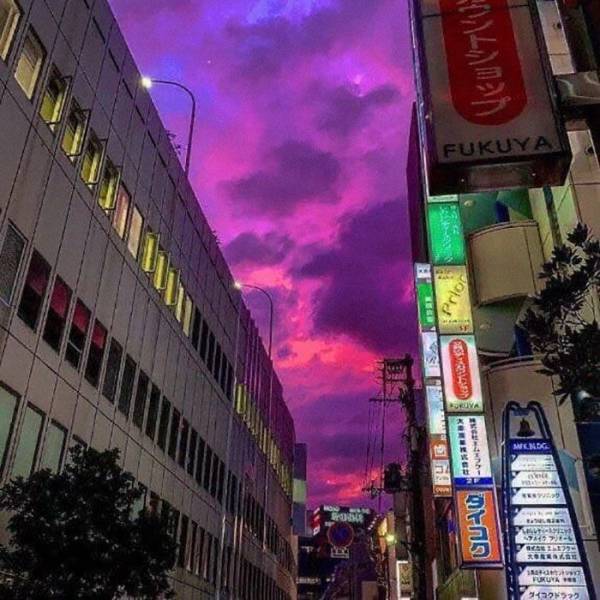 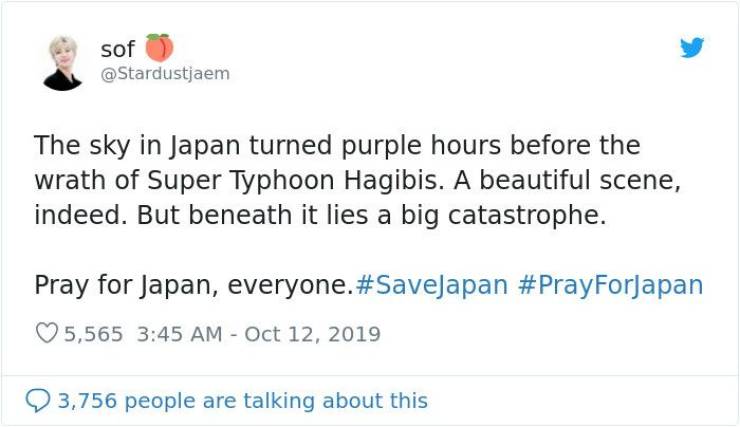 As hundreds of thousands of people were receiving orders to evacuate, some of them started posting images of the bright purple and pink sky on social media. 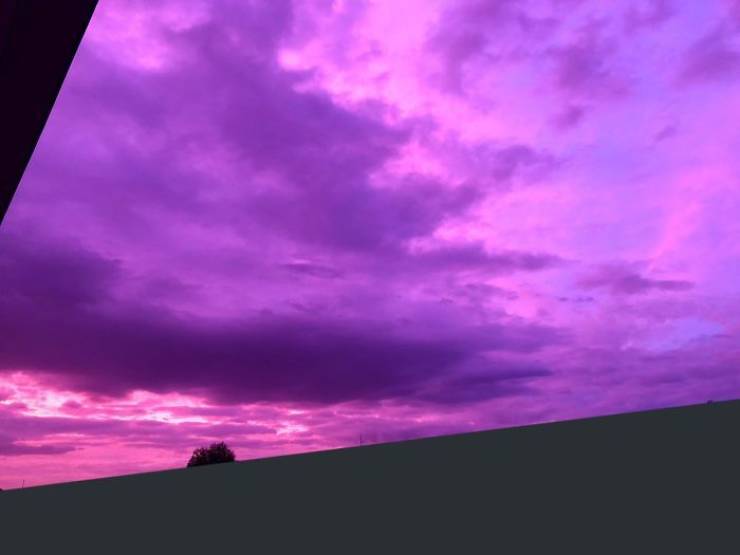 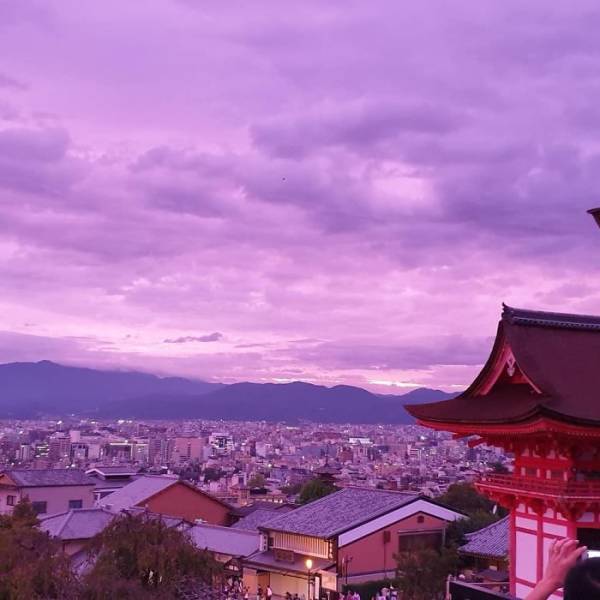 The same phenomenon has occurred several times in the U.S. following major hurricanes as well. 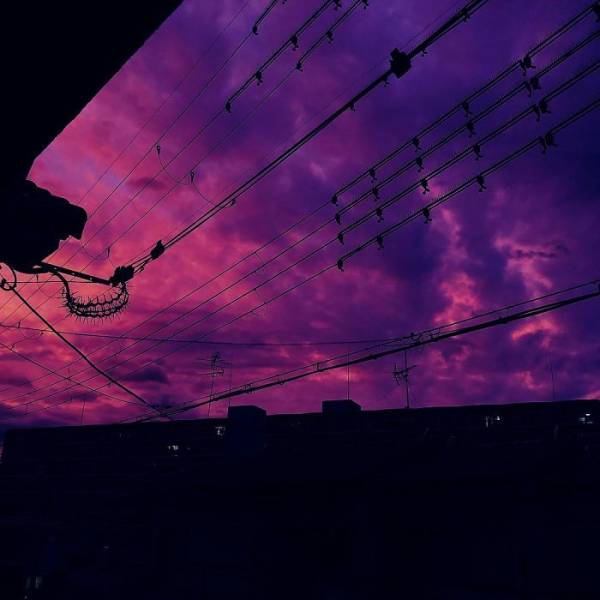 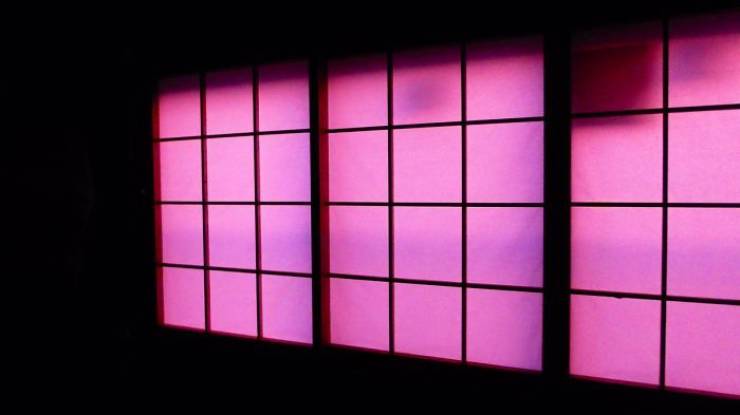 “As sunlight shines down to Earth, most of the colors of the spectrum are able to reach the surface uninterrupted,” meteorologist Lauren Rautenkranz said after Hurricane Michael in 2018. “But the shorter wavelengths, blue and violet, are scattered in every direction. This light bounces from particle to particle until it eventually reaches your eyes. But the sky doesn’t appear violet and blue because of our eyes’ limitations.”

“The light was scattered around the moisture in the air, causing the magical purple color.” 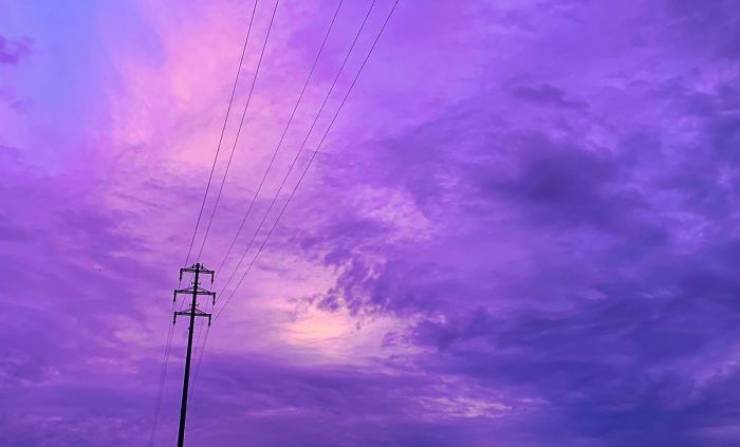 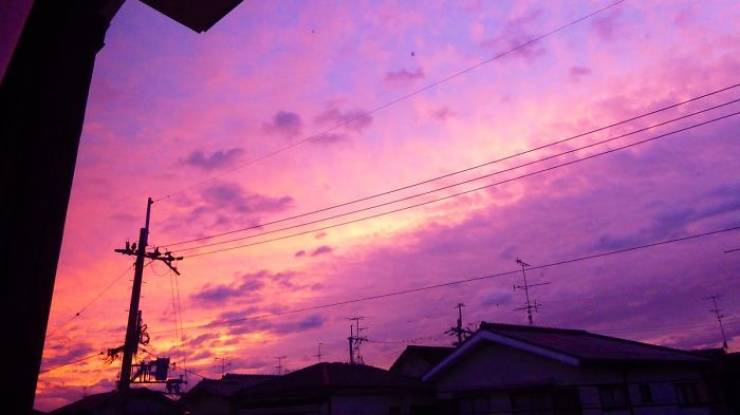 As many as 110,000 personnel have been deployed from the fire department, self-defense force and police, expanding the search and rescue efforts, according to Cabinet Secretary Yoshihide Suga. 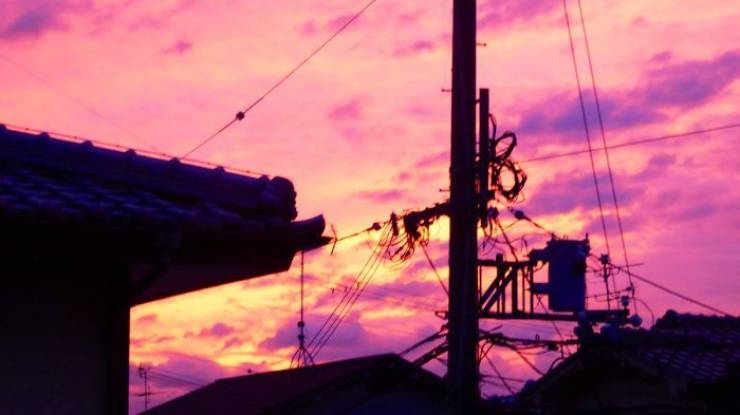 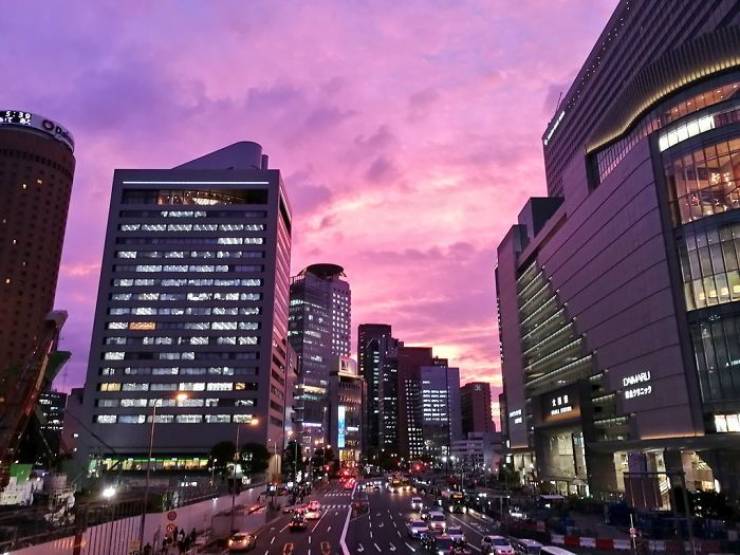 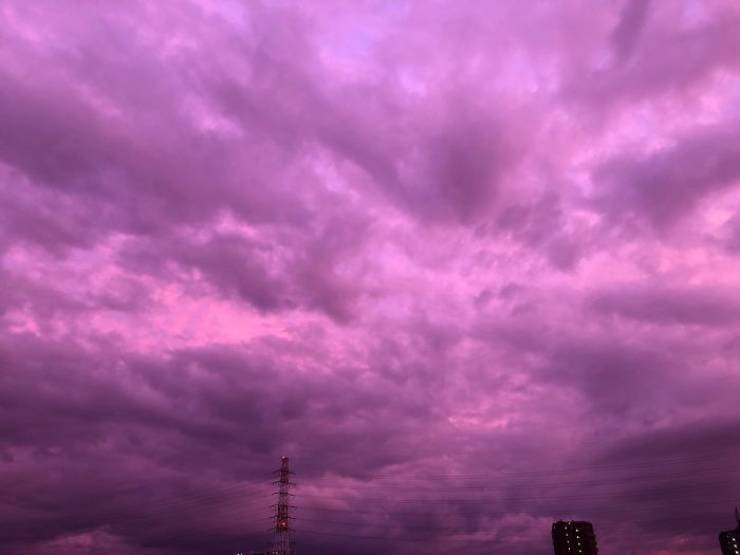 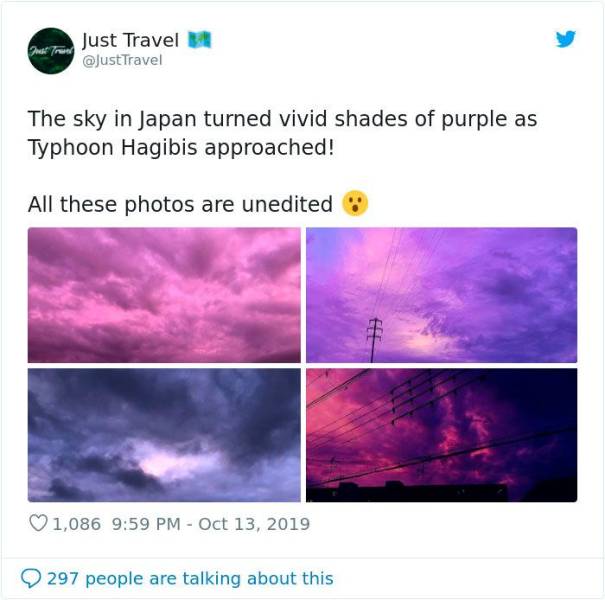 Here’s what people said about this phenomenon 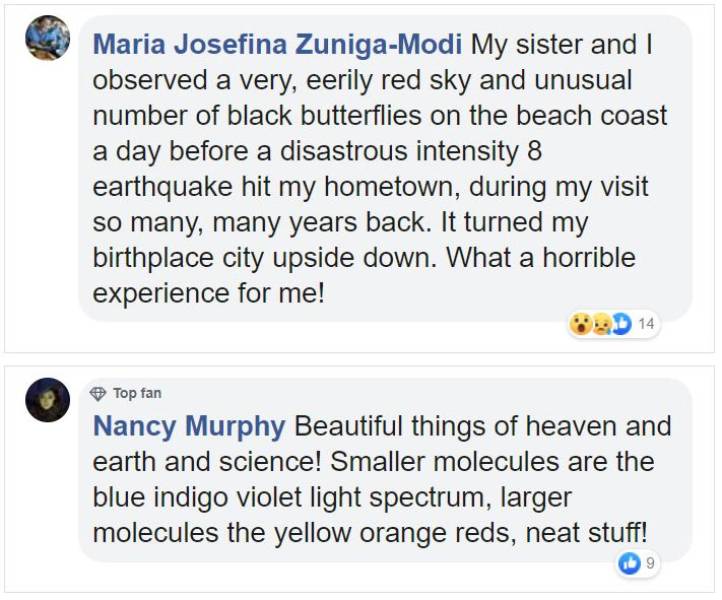 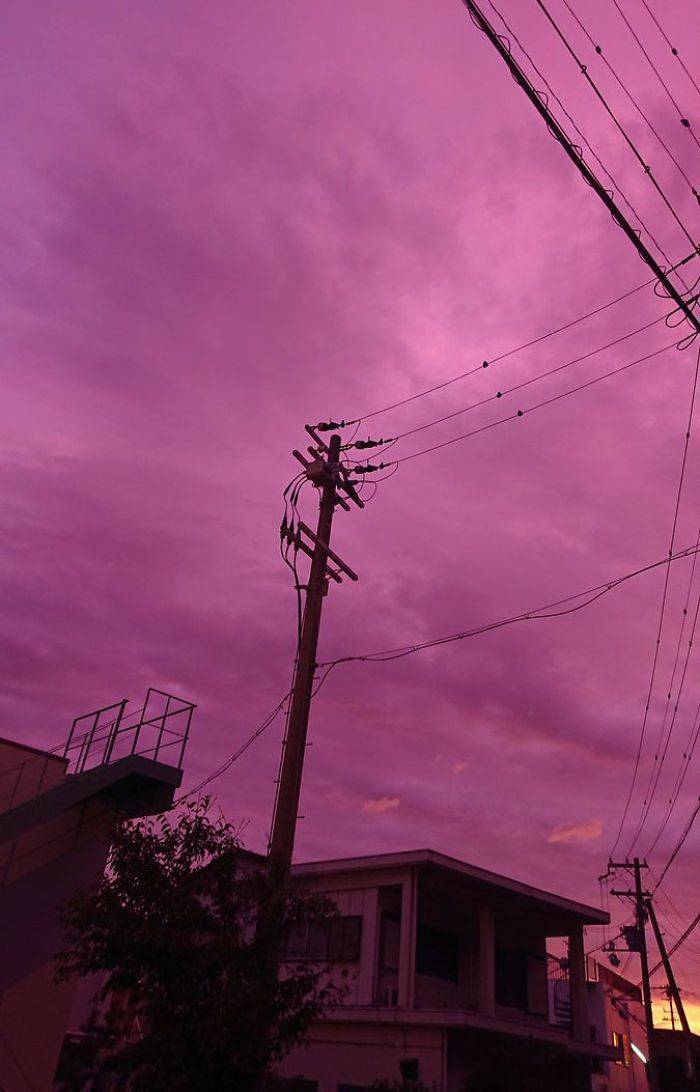