Journey Down The USA Pacific Coast

This is the most popular road route in the United States. You are able both to take sunbathes and walk past the red forests and coastal towns. When you are travelling this way, the Pacific Coast Highway and the 101 highway are interchangeable, so depending on the source, this route runs 600 miles along California beaches and more substantial 1,700 miles across Washington, Oregon and California. Leave at least two weeks to drive through all the highways or choose a few individual routes, like 1 California Highway or 101 Oregon Highway. It is better to use ACE rental car San Francisco. 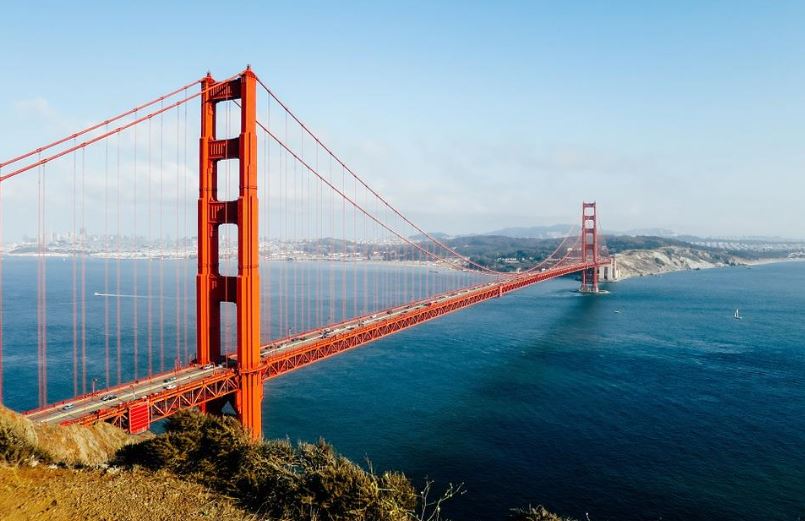 Down the California Highway, you can find many famous places. Along it lie the most popular beaches, including Huntington Beach, Muscle Beach, Santa Monica, and Santa Barbara. Nature admirers will appreciate the wild beauty of the Channel Islands, a colony of elephant seals, rocks and sequoias at the Big Sur. Fans of architecture and engineering will be delighted with Bixby Bridge and Hearst Castle. Hippie and ethnic cities like Carmel, Monterrey, Pescadores and San Luis Obispo are suitable for travelers that are more down-to-earth.

We will begin describing the route with the beaches of the Pacific Ocean, where you can see the stormy waves of the Washington and Oregon’s coasts, the white beaches of the Hawaiian Islands, and the attractive shores of California.

This beach could be called the northernmost in the USA, as it is in about 4 hours ride from Seattle. Spending time here, you should not forget about the cold weather footwear. Especially horseback riding on the beach is recommended here. This is a great place for a picnic.

The beach is located at the intersection of 9th Street and the Pacific Coast Highway. The peculiarity of this beach, which stops many tourists, is more than 200 steps that lead to the beach. This is a great advantage, which, firstly, eliminates a large number of people, while making the beach empty, and secondly, it allows you to work out while climbing up. The 1000 Steps Beach is popular among diving enthusiasts, as there is a very beautiful coastline with vegetation, rocks and marine life. Sometimes you can meet the anglers. Do not be surprised that they are standing on the beach, because even large fish swim up to them.

It is familiar to many gamers from the GTA game. The beach is located 30 kilometers west of the city center. In addition to a beach holiday fans, there are fans of skateboards, roller-skating and fitness. There are different options for the rest here: swimming, surfing, fishing and long romantic walks.

About 1.5 miles long with the most famous hotel Del Coronado in the background, Coronado Beach is also considered one of the best beaches in the United States. It is located opposite the shoreline of Ocean Boulevard. This place looks like a beach from a tourist postcard.

In literal translation, the name of this beach means “ocean of heaven.” Lanikai Beach truly maintains a reputation as one of the best beaches in the United States. It is one of the best beaches for honeymoon, which guarantees a stunning landscape, white sand and inviting shimmering water. Nevertheless, it is also an ideal option for adventure fans to indulge in kayaking on the clearest waters of Kailua Island in Hawaii.

While the big rocks on the beach give a breathtaking landscape, in order to get to the water, you have to walk along a short path leading to one of the best beaches in the United States. In fact, it consists of three small beaches along the same stretch. Here you can go surfing, sunbathing, swimming, bird-watching, see dolphins and much more.

Travelling down the Big Sur section

Once, the Spanish colonists at the end of the XVIII century called the wildest stretch of California’s coastline ‘El Pais Grande del Sur’ – “The Big Country to the South,” and the novelist Robert Lewis Stevenson called it “the greatest meeting place of the earth and the seas”.

What can you visit there?

This bridge lies across the deep gorge of the river of the same name, which passes the highway No. 1.

Back in the 20s of the last century, there were only two houses here, and there was no electricity in this area. The region was considered the most isolated corner of the United States. However, everything changed when it was decided to build a road there. The Carmel-San Simeon highway construction project was developed in 1919, and work began soon. 18 years later, in 1937, a new road in California was opened. The road was named in honor of the famous US President – Roosevelt. However, in 1939, this section of the route was officially incorporated into California State Road 1.

As part of the project to build a new highway, 33 bridges were built, the largest is the Bixby Bridge. It is 218 meters long and 85 meters wide. Its construction began in August 1931, and was completed in October 1932. The Bixby gorge and river, and then the bridge, got their name from Charles Henry Bixby, who in the mid-19th century, acquired large tracts of land in Big Sur and owned a sawmill for a long time.

A unique waterfall, its waters fall from a height of 24.3 meters straight from the coastal cliffs into the ocean. It is located 38 km south of the city of Carmel, about 20 km north of the settlement of San Simeon.

There is a rock formation there, which is called “Arch”. Often on the Internet, you can find sunset photos, when the sun’s rays illuminate this arch. The park and the beach got their name in honor of John Pfeiffer, who lived here in a hut since 1884. His parents, immigrants from Germany, were among the first European settlers in the area. In 1930, he sold his land when the road was being built.

Beaches in the US are striking in their beauty. Some are famous for peace and tranquility, others become the center of the life of a party, but we advise you to go beyond ratings and always explore new places of the USA Pacific coast!

Loading...
Previous Do Those Guys With Metal Detectors Ever Find Treasure? Yes!
Next Shower Thoughts Vol.42