Kid Is Bullied Because Of His “Handmade” Shirt, But Gets Avenged 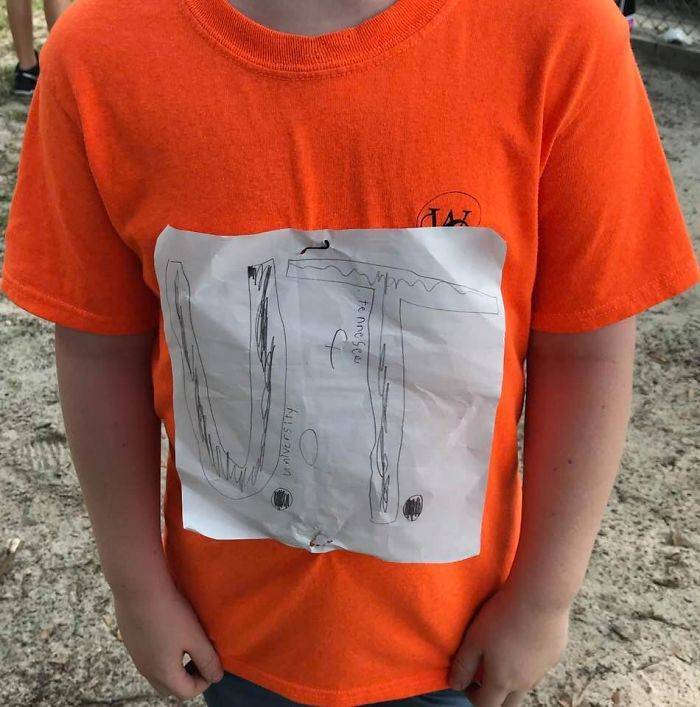 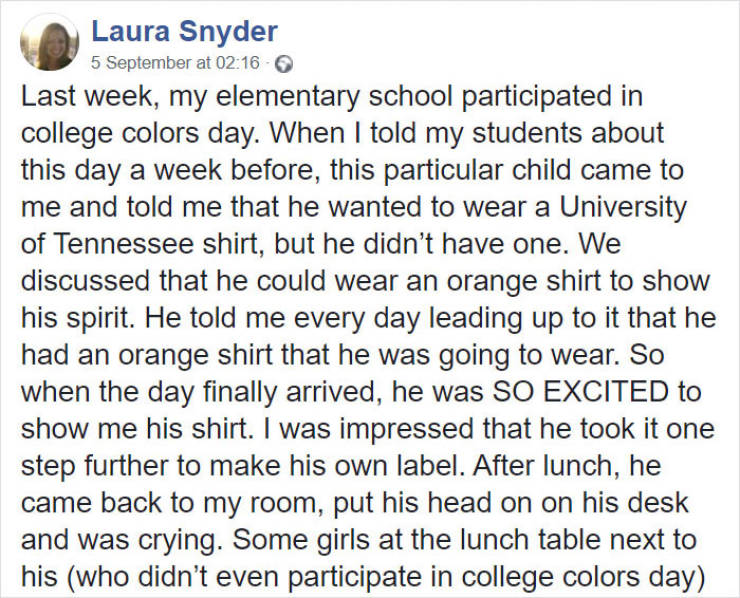 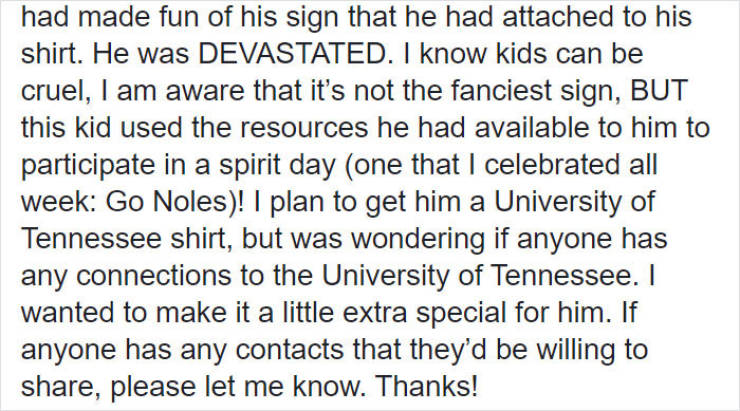 His teacher said that kids started making fun of the boy 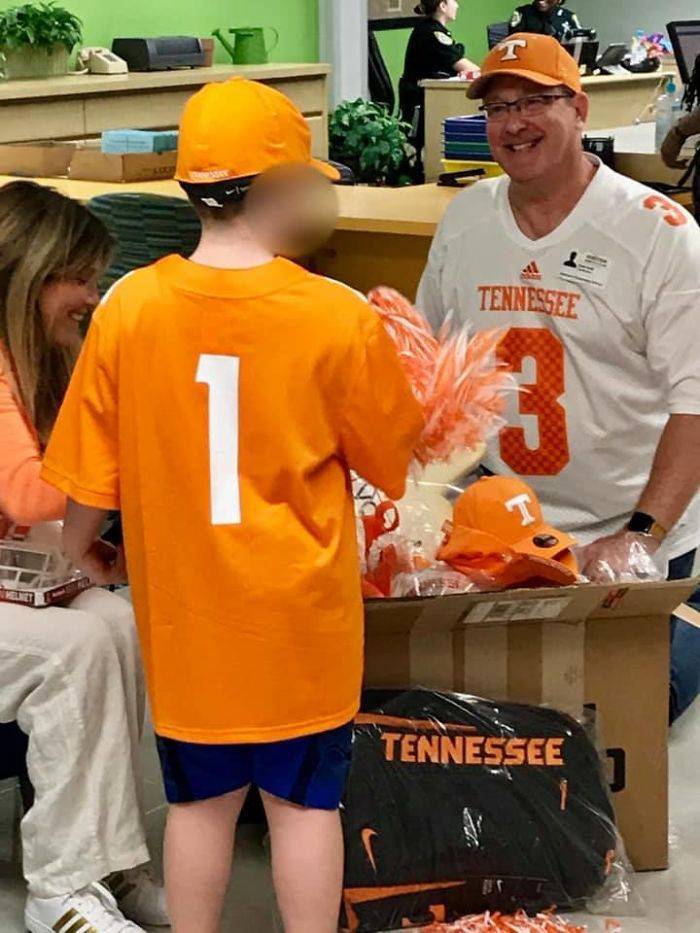 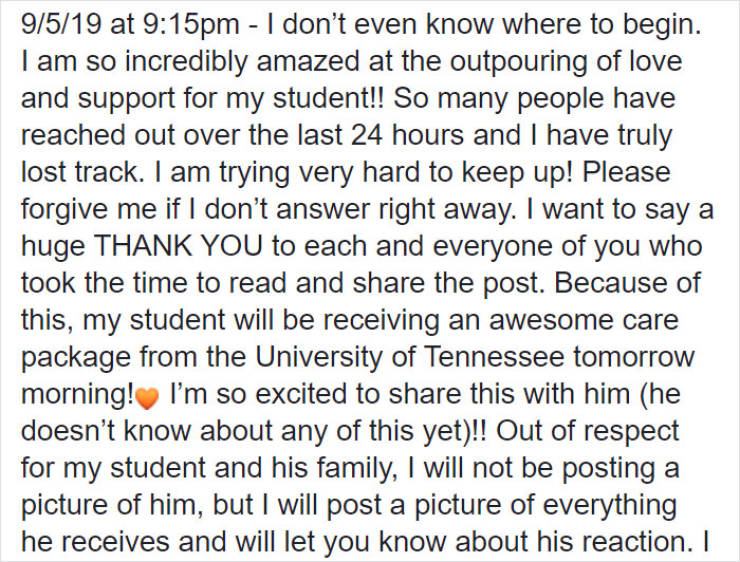 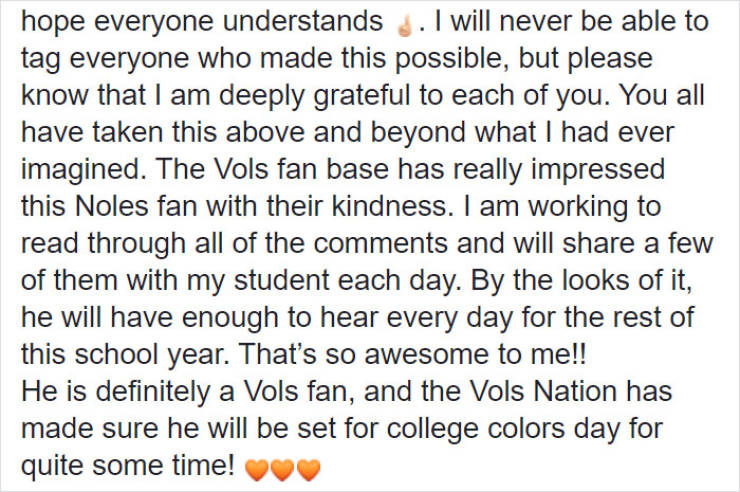 After the teacher’s post went viral, the university sent the entire class lots of goodies 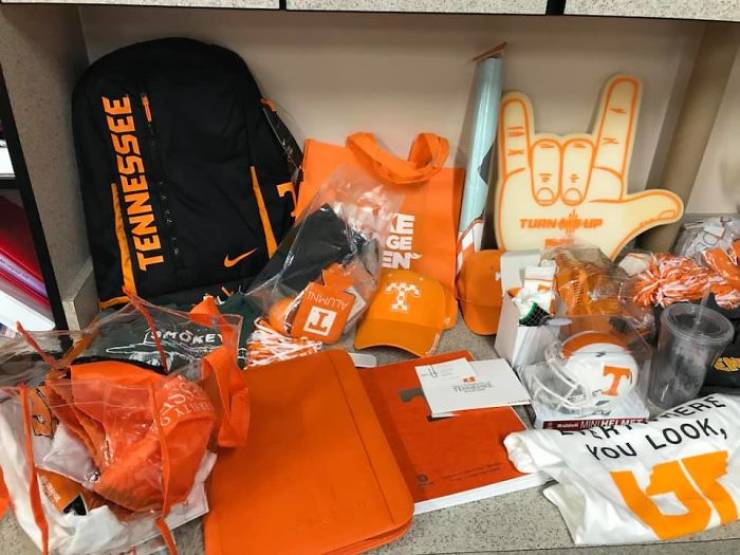 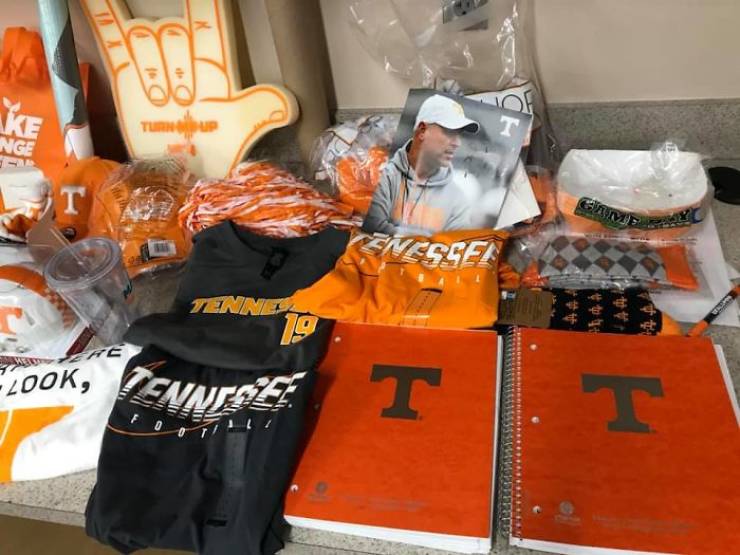 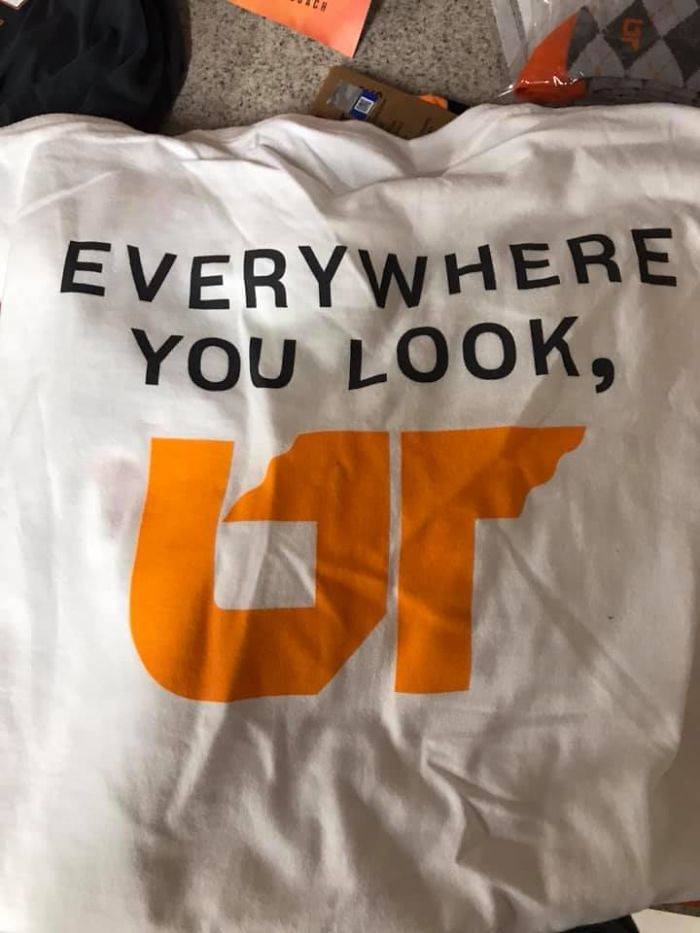 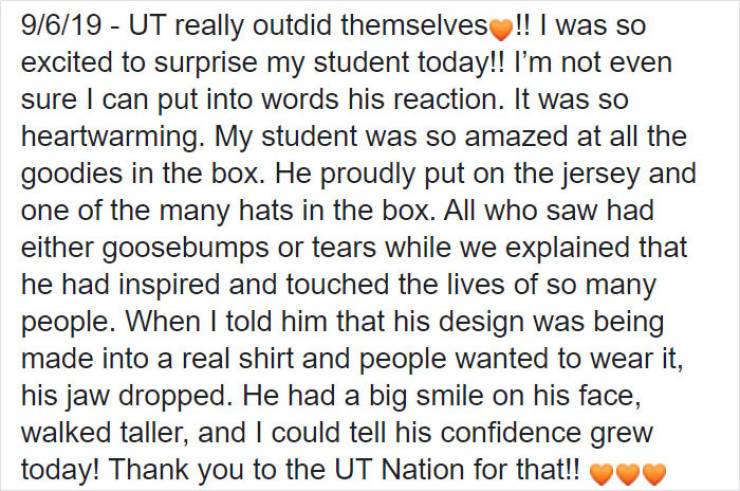 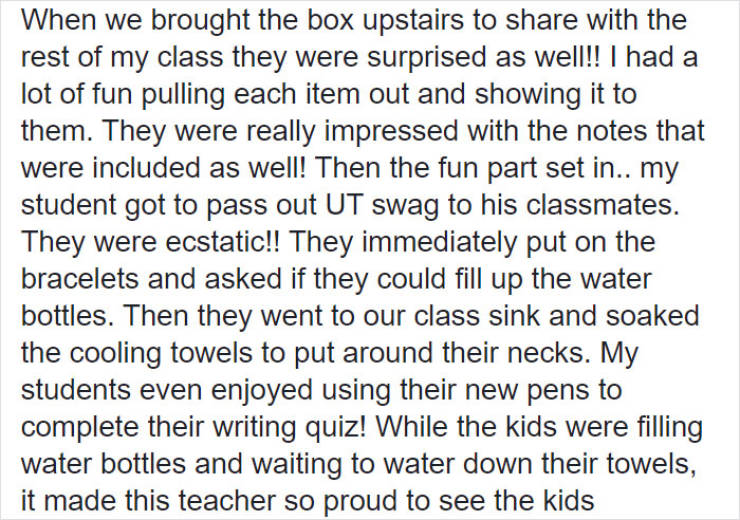 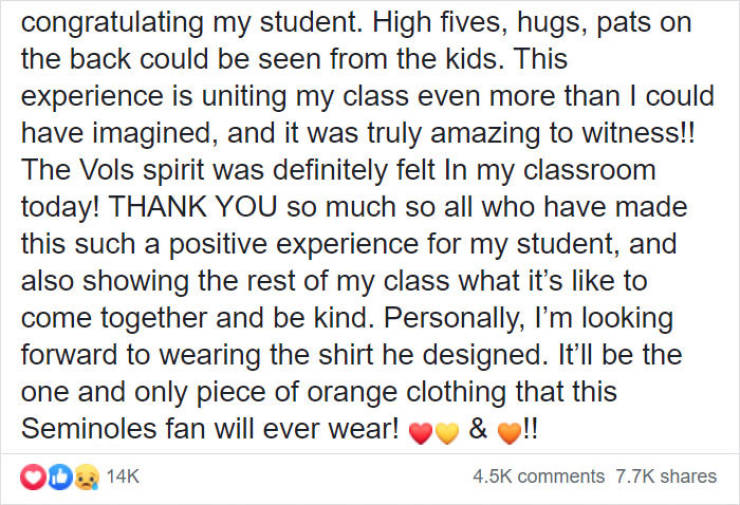 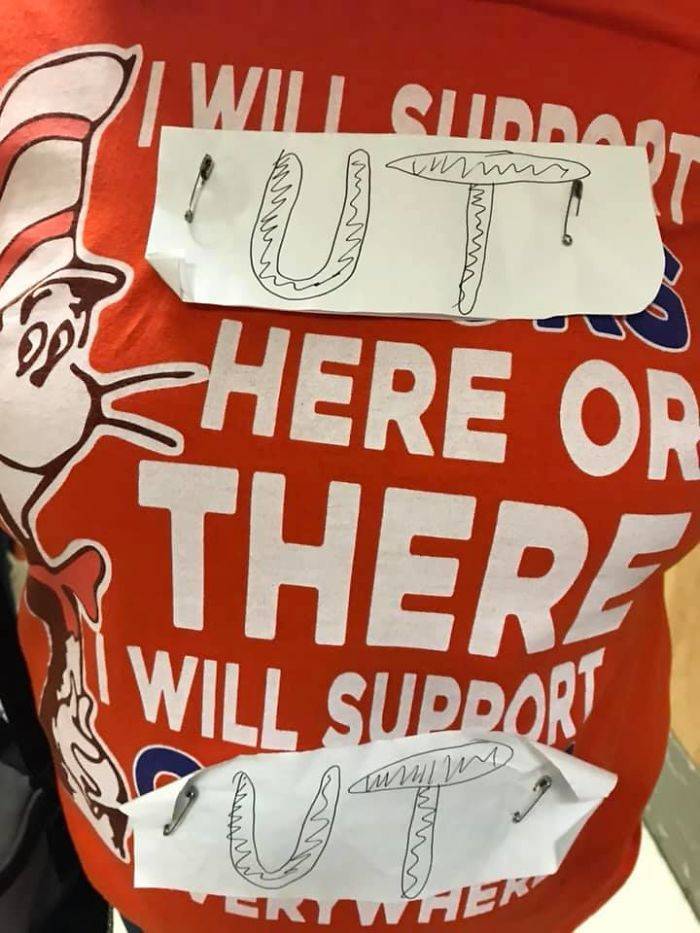 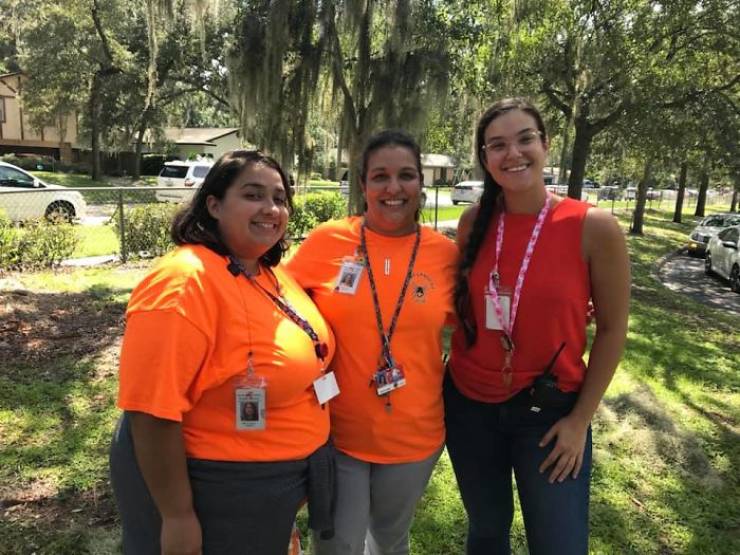 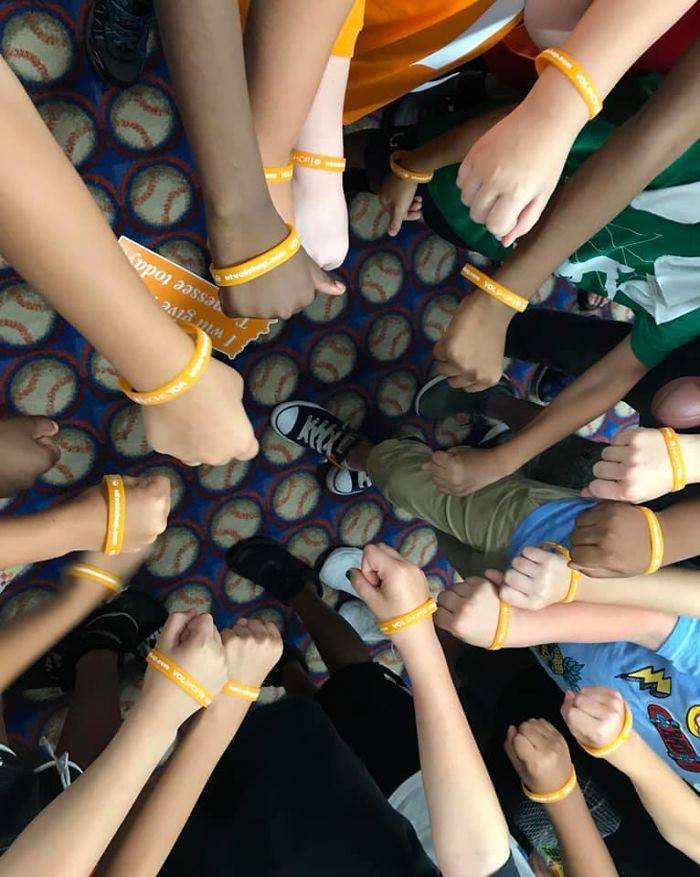 Fortunately for everyone, the University of Tennessee seems to be full of awesome, kindhearted people. They reacted to the situation in the most incredible way.

Not only did UT send the kid and his classmates bags, hats, school supplies, towers, water bottles, and other cool things, the university turned the boy’s logo into an official school T-shirt.

Tyra Elizabeth Haag, the Director of Media Relations at the University of Tennessee had this to say: “As the Volunteers, the University of Tennessee believes in putting others before ourselves. We’re so glad we were able to support this student, put a smile on his face and bring more orange into his life. In the true spirit of UT, alumni, fans and honorary Volunteers around the world have stepped up. Pre-sales of the shirt have reached more than 16,000. All proceeds from the sales will go to the non-profit STOMP Out Bullying.”

Healthline writes that bullying has a thoroughly negative effect for everyone involved, including the bully, the victim and everyone connected to the teasing. The US Department of Health and Human Services states that bullying can lead to depression, anxiety, poor diet and sleep, health problems, and decreased academic achievement.

Bullying can be stopped by creating a community of support, engaging with the child, and educating others about the negative effects of bullying. What’s more, it’s important to empower bystanders: if you see someone getting bullied, help them out or tell an authority figure.

Loading...
Previous 18 Awesome Braless Movie Moments
Next 10 Healthy Foods That Still Have To Be Eaten Correctly