Lion on death’s doorstep is rescued and then finds love

The USDA recently investigated a local entertainment facility in Texas where they found several big cats in desperate need of aid. Among the exotic cats were Kahn and Sheila, and the duo was being used as attractions for birthday parties, weddings and private events. According to the USDA, they had been both severely neglected and abused. 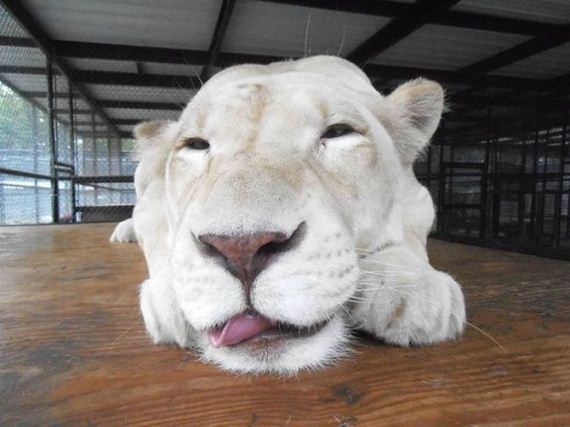 However, Shiela was in far worse condition that Kahn and would have likely passed away had In-Sync Exotics Wildlife Rescue and Education Center not intervened.
Initially, Sheila was so weak that she could not stand up. She would lay on the ground and vomit for most of the day, but the vet wouldn’t give up on her. 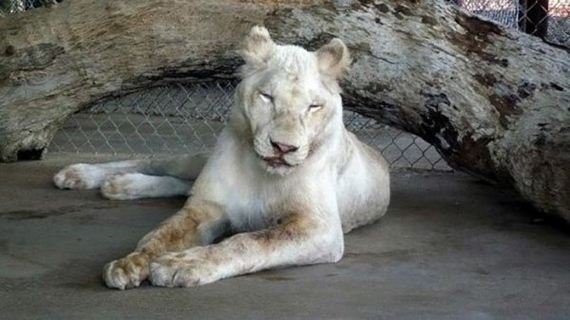 According to her rescuer “For two weeks, I had to go in with Sheila and hand-feed her. I’d roll up meat balls and literally stuff them down her throat.” 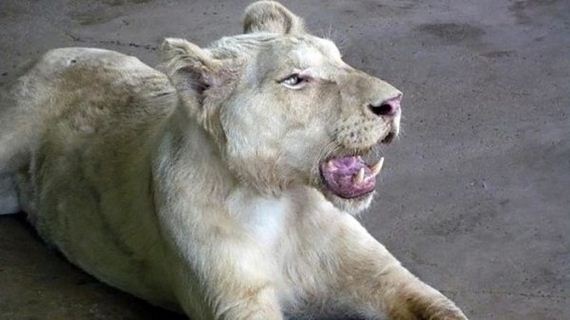 When Sheila began to regain some of her strength, she was moved next door to Kahn, another lion rescued from the same man. 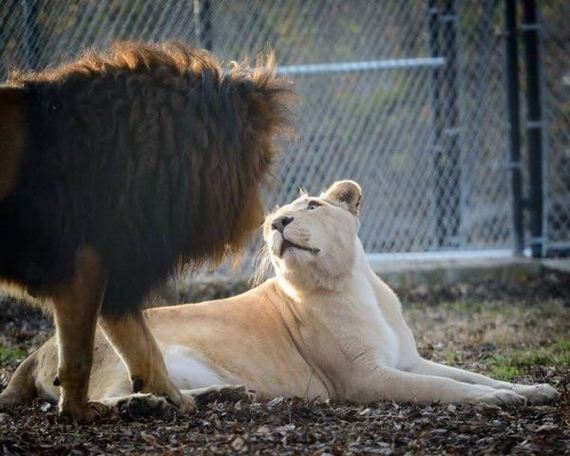 The chemistry was evident immediately. 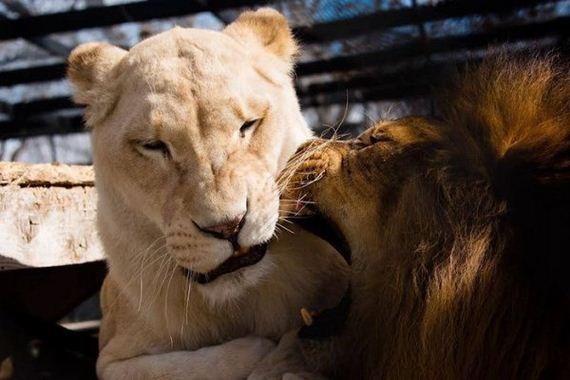 The keepers allowed the lions to ‘date’ while they were supervised. 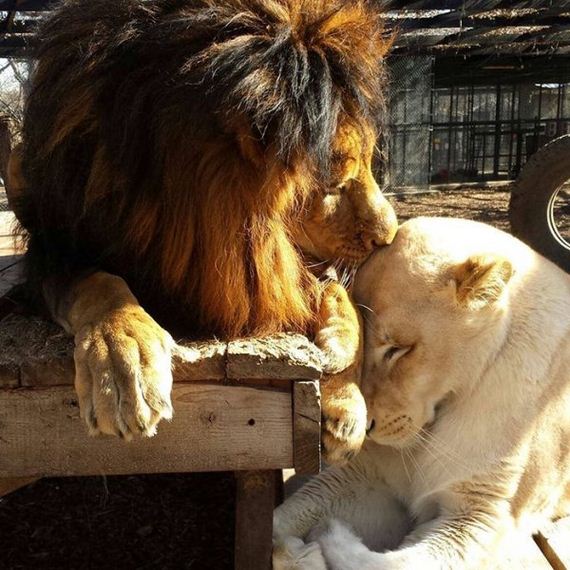 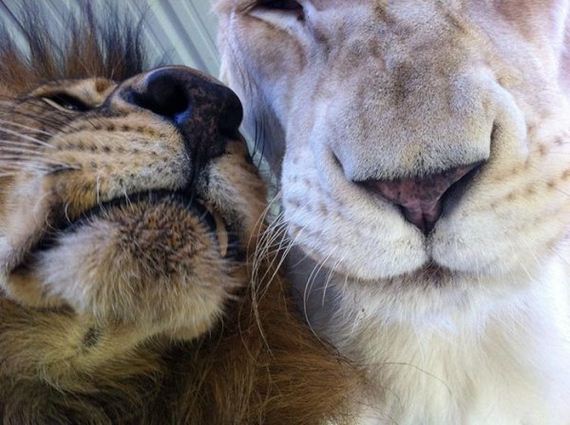 “Then we let them spend the night together. After three months of ‘dating’, we let them get ‘married.’” 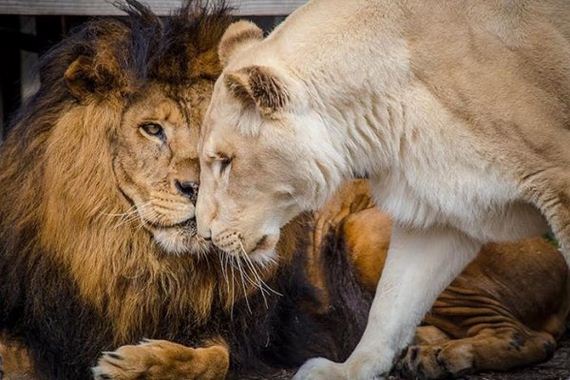 The couple has been living in the same enclosure since. 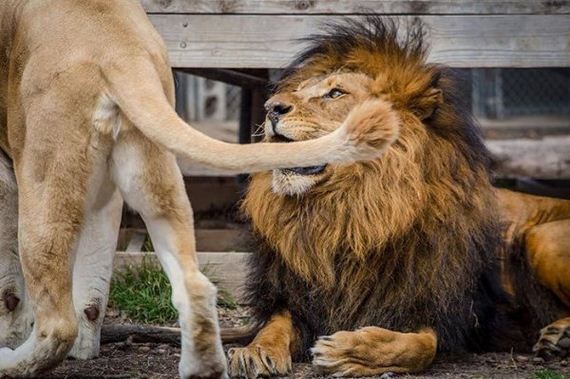 But what happened to the monster who let this happen to them? He got his license revoked and is no longer allowed to keep exotic animals. Period. 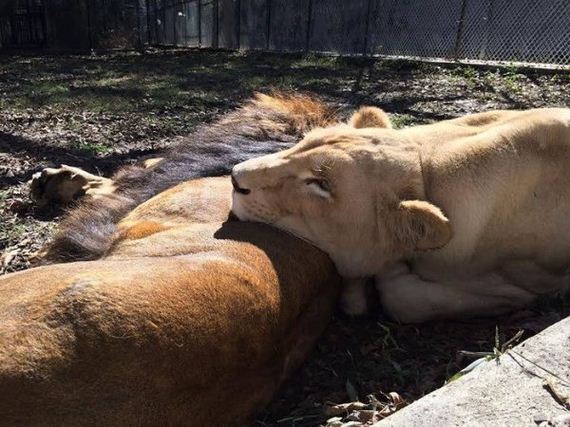 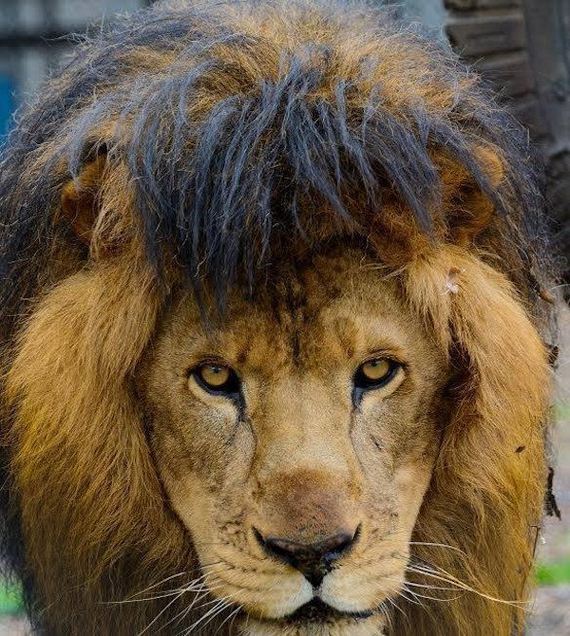 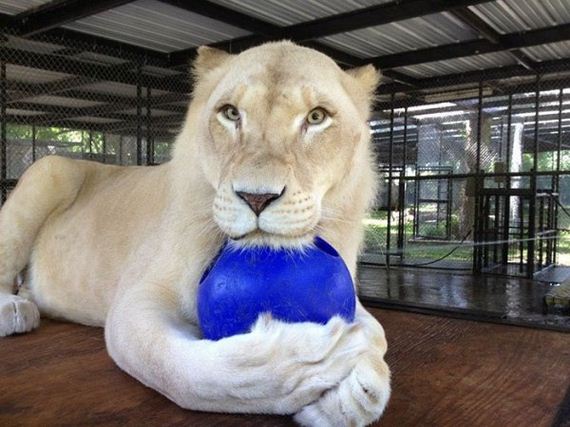 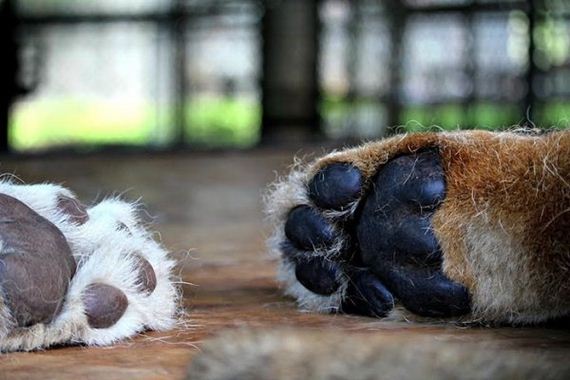 Previous Which host city profited the most from the Olympics?
Next 40 weeks pregnant and ripping a wake with the best of them