Mexico can make some serious tequilas and Americans drink that sweet blue agave nectar. In fact the U.S.A. is tequila’s #1 consumer market. 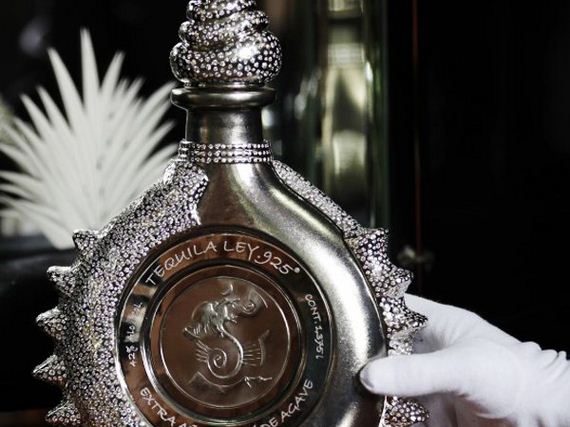 As for the production end, the “Consejo Regulador del Tequila” (Tequila Regulatory Council) has registered 1,377 domestically bottled brands. The following list of bottles will cost you big time. So check that credit card in the morning and pray that you didn’t haul off and buy a round of these tequilas. 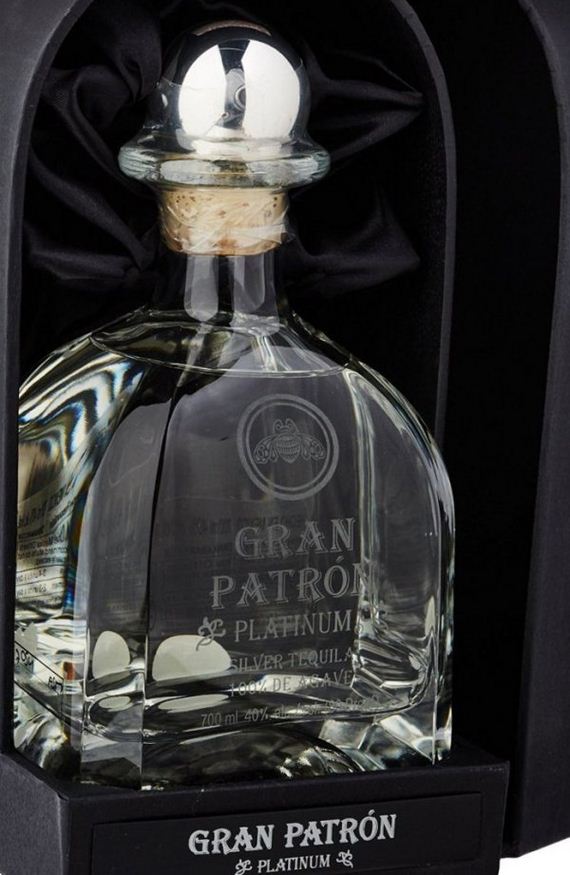 Gran Patrón “Platinum”: $250 per bottle
The buttery smooth finish to the “Platinum” comes from the agave plants growing at a high altitude in the Mexican hills. In addition there is a hint of citrus which is attributed to volcanic ash on top of the hills. 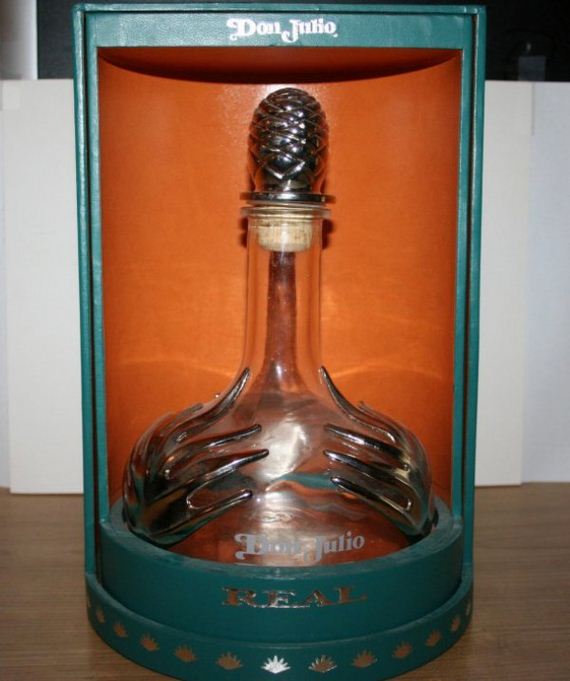 Don Julio’s “Real” is considered to be one of the first high-end tequilas. Until it was purchased by “Cuervo” it could only be bought by going to Guadalajara, Mexico. 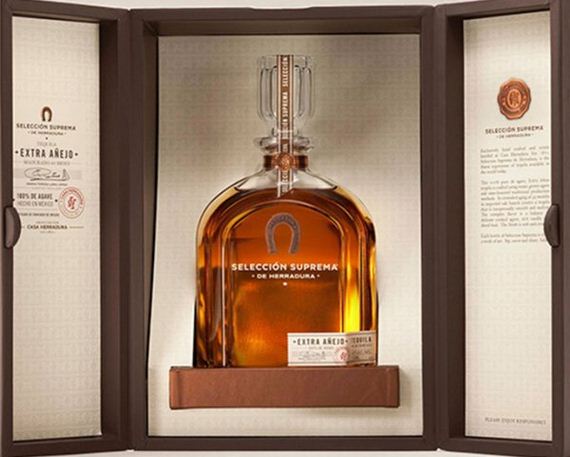 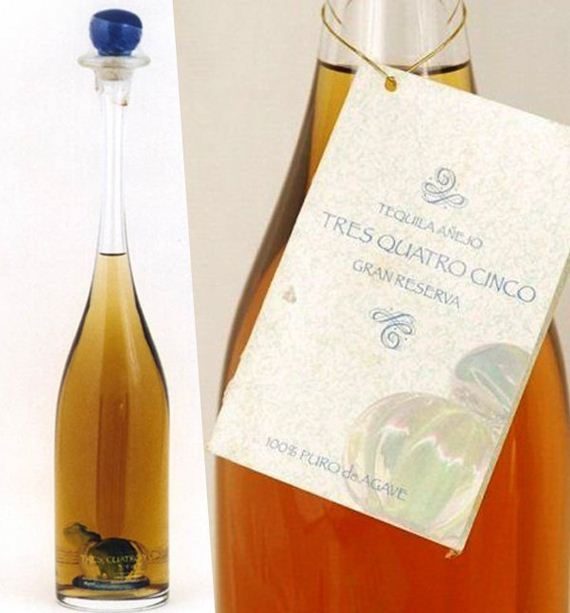 Tres-Quatro-Cinco: $250-$500 per bottle
This tequila’s blend is a family secret held by the fourth generation of the Fonseca family. The name of their 3 versions come from the number of years that the tequila is aged. They only produce 1,000 bottles per year and each bottle is hand signed by artist Alonso Gonzalez. 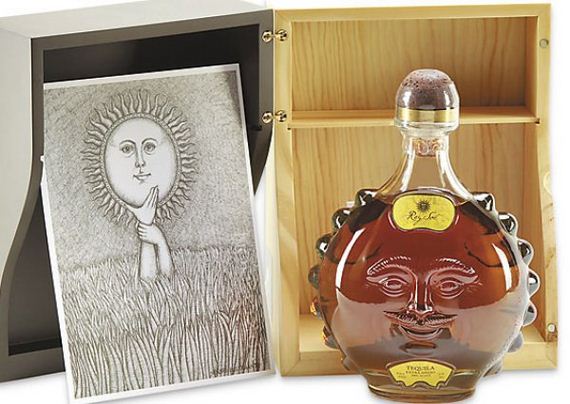 Rey Sol Anejo: $400 per bottle
Each bottle is aged for 5 years which has resulted in numerous awards around the world. The long aging process gives off a spicy vanilla flavor with a hint of a caramel at the end. 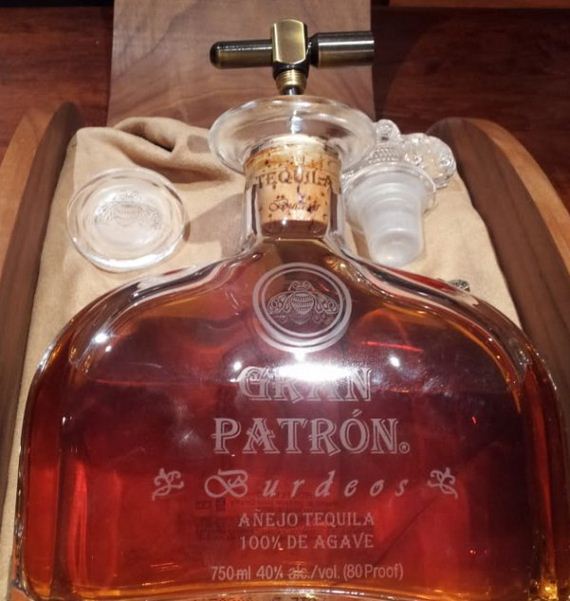 Gran Patron “Burdeos”: $500 per bottle
If Patrón’s “Platinum” isn’t good enough then get their top tier “Burdeos”. After the 100% agave is double distilled, it is aged for a year in barrels made from a mix of American mountain and French oak. From there, it is further aged in French Bordeaux barrels (“Burdeos” is the Spanish word for “Bordeaux”). The experts describe the taste as a mixture of vanilla, menthol and bbq smoke. 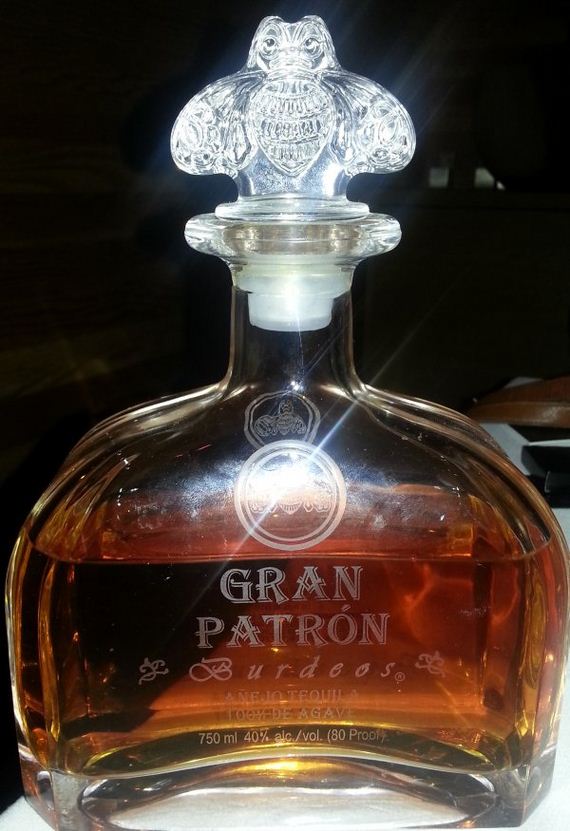 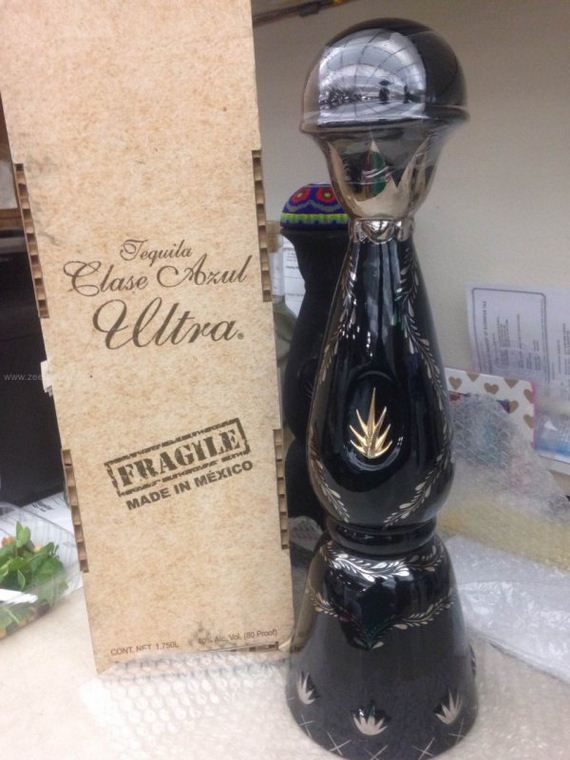 Clase Azul Extra Anejo “Ultra”: $1,700 per bottle
Every bottle has pure silver, platinum and 240-karat gold with a total production of 100 bottles per year. 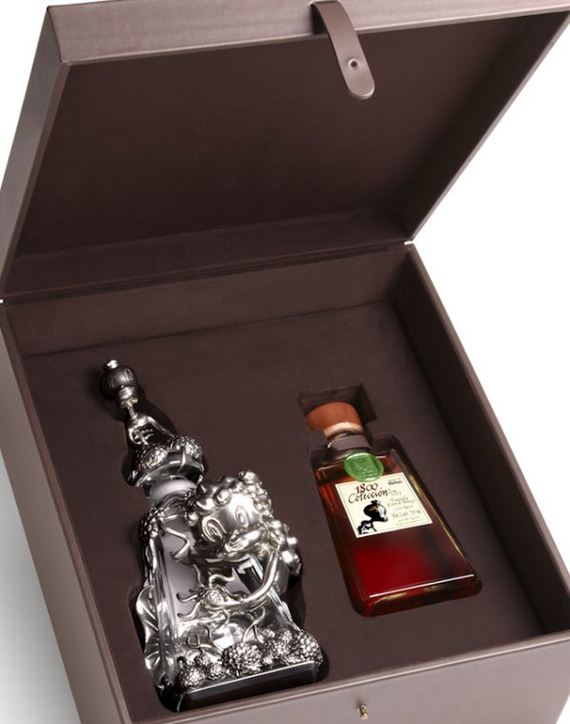 1800 “Coleccion”: $2,000 per bottle
With a price tag of $2,000 per bottle, this is not your college dorm Jose Cuervo shot. “Colección” should only be consumed by true tequila connoisseurs. Beyond the taste, it’s hard to get. Per year, there are only 40 handcrafted bottles are sold. 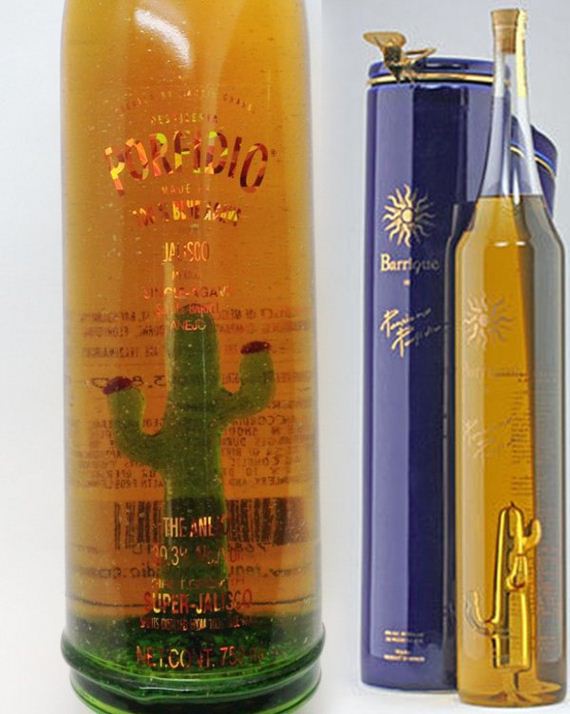 Barrique de Ponciano Porfidio: $2,000
The tequila must simply taste great. Although there are 2,000 bottles produced per year, the rich from around the world are willing to pay the big bucks to experience a sip. 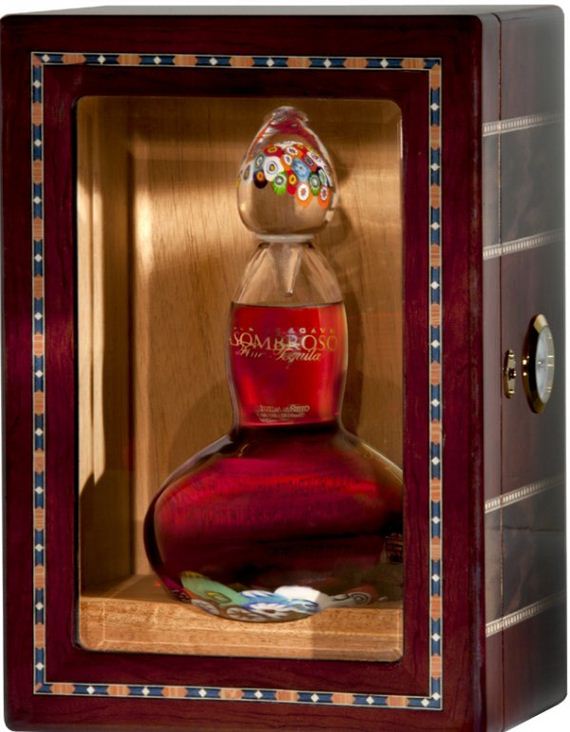 AsomBroso Reserva Del Porto: $2,800
The story goes, owner Ricardo traveled to Portugal to purchase the barrels for the aging process. Each bottle is then aged for 11 years. 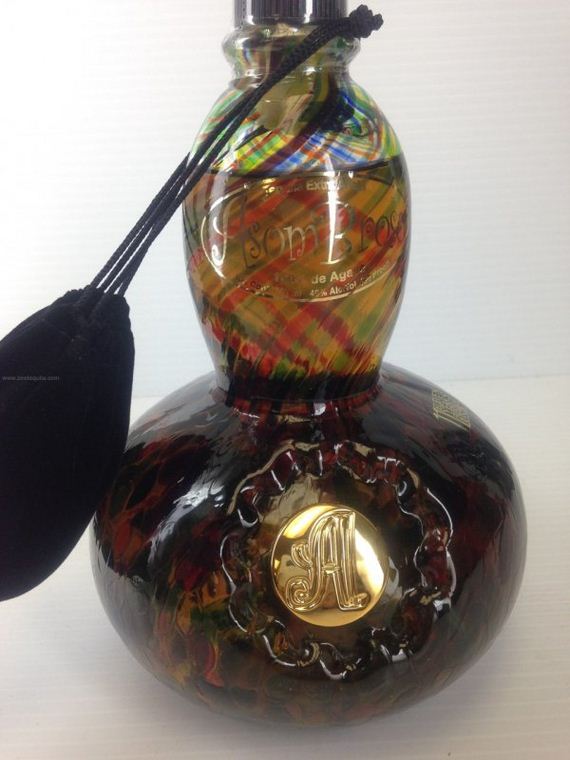 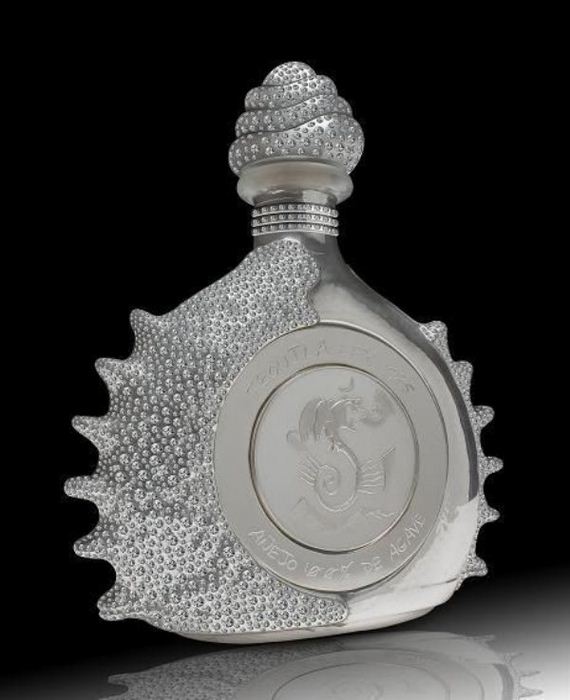 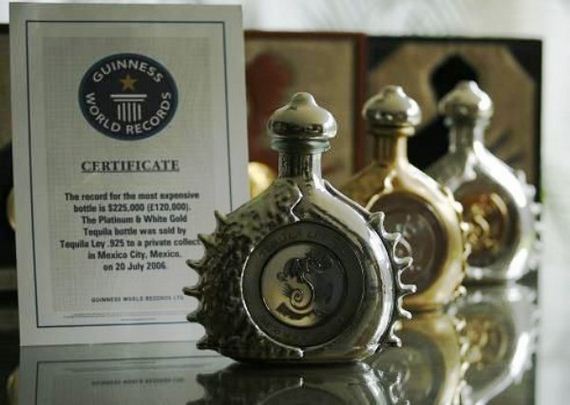 Ley .925 is available in three versions. 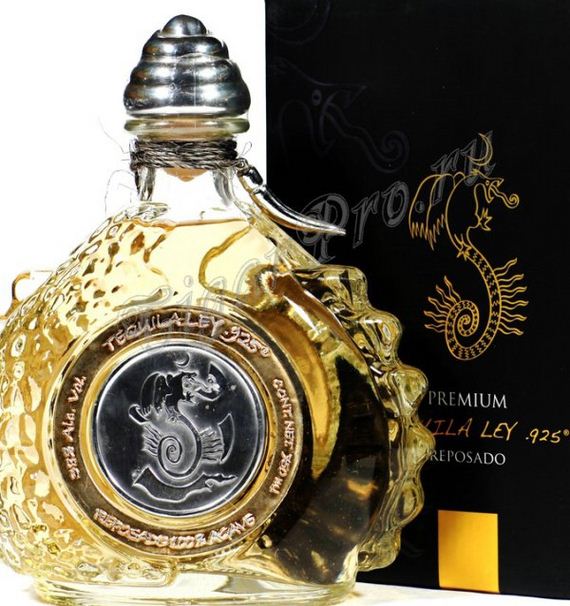 Each bottle is hand made by Mexican artist Alejandro Gomez Oropeza. 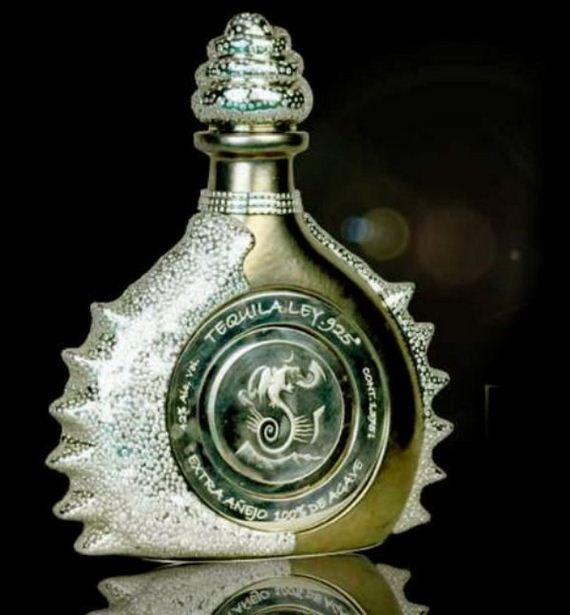 The cheapest bottle is made from gold and platinum and goes for $225,000 with the more expensive version costing around 1.5 million dollars. 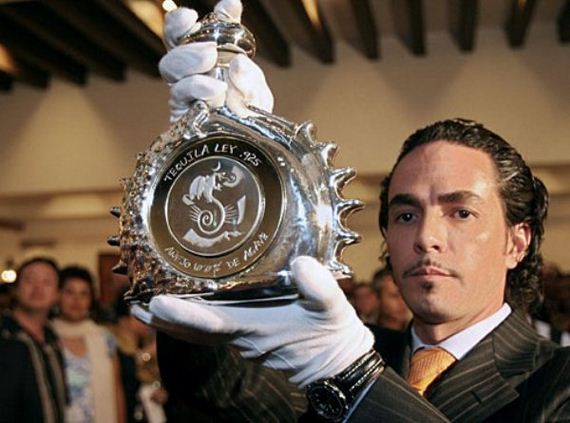 Then there is the “Diamond Sterling Bottle”. That’ll cost ya. How much?
That sells for three point five million dollars. 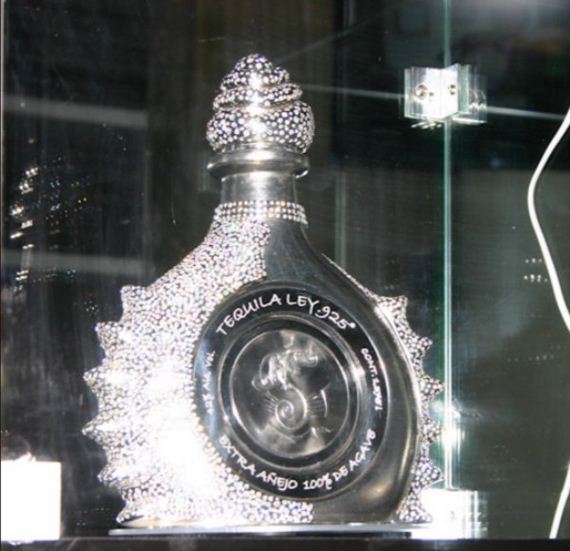