Mall Santa Goes The Extra Mile For An Autistic Boy

This mall Santa went above and beyond to deliver some holiday cheer to an autistic boy that really needed it. He would make the real Santa proud. 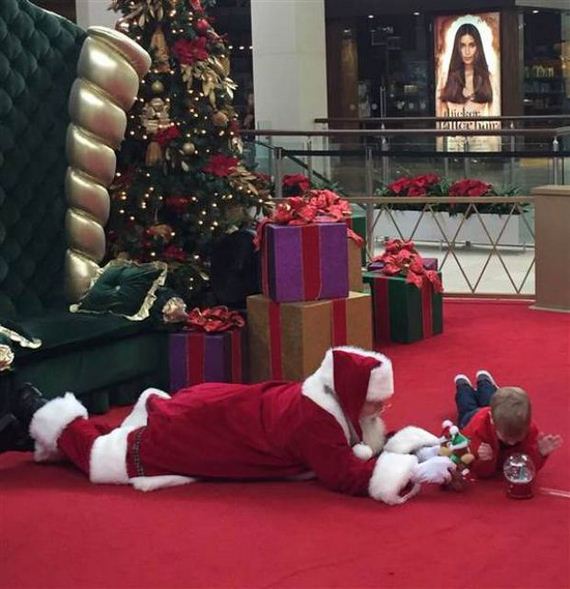 We’ve all witnessed those screaming kids who don’t want to tell Santa what they want for Christmas. However, for a child with autism, they’re not just a little nervous-they’re terrified. The crowds, the lights and the noise can be very difficult for them to take on.
When the parents of 6-year-old Brayden found out he had autism, they figured getting a traditional Christmas photo of him and Santa would be next to impossible. They were wrong. 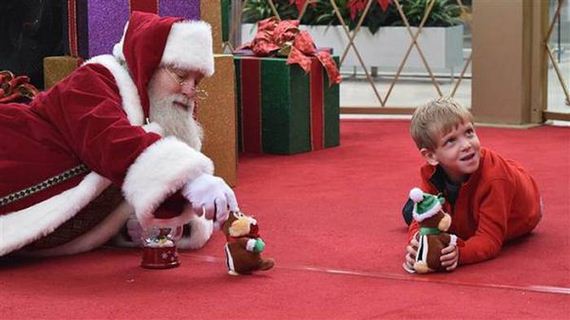 This year, they got their perfect Christmas shot in a much better way than they could have ever imagined for the second year in a row. Caring Santa, organized by the group Autism Speaks, came to Charlotte, North Carolina to give Brayden and other children with autism the chance to spend some quality time with good ol’ St. Nicholas. It wasn’t a normal sit-on-the-lap kind of thing, though. The stores were already closed when Brayden stepped through the door, and the warm-up time was as long as he wanted.
Brayden’s mom Erin Deely said, “They let you take all the time you need to warm up to Santa, so Brayden started out far away. He knew who Santa was, but he was shy.” 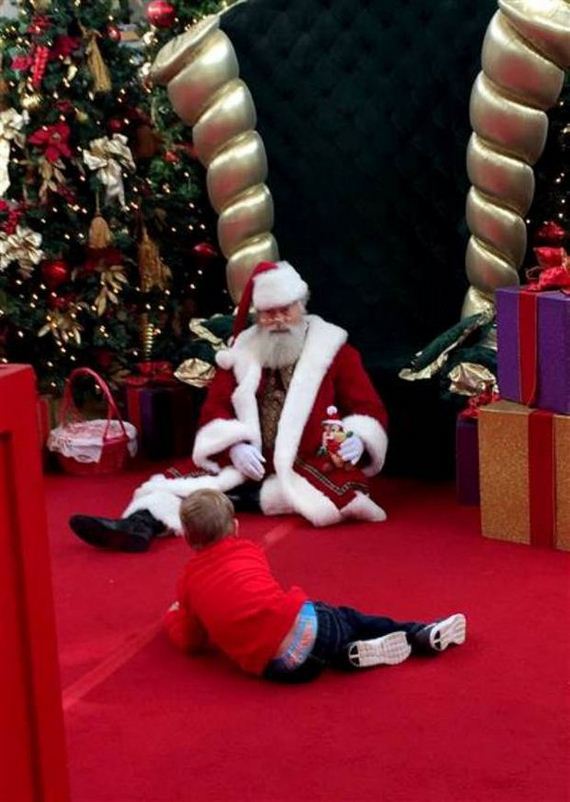 After a few minutes passed, Santa brought out a snow globe, put it next to Brayden and then sat back in his chair. When Brayden crawled over to play with it, Santa laid down on his belly and joined him.
Deely said,”They didn’t even talk to each other, really, they just bonded and played, and Brayden started to really be excited and started looking at him and smiling.” 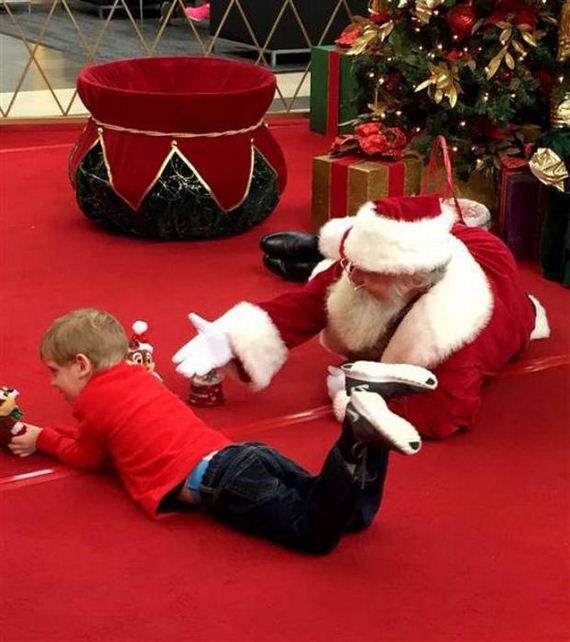 Autism Speaks executive Lisa Goring explained that the organization creates a controlled environment so that hanging out with Santa can be a stress-free experience for everyone involved.
“We know for some kids with autism, the idea of going into a mall and an environment they’re not used to has a lot of sensory challenges,” she said. 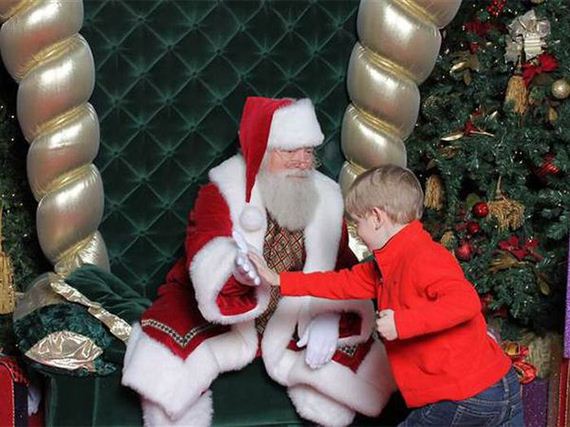 Caring Santa has 120 locations, and many of the serving Santas already act the role for the malls, but they receive additional training through the program and learn how to connect with autistic children. Goring said, “It’s a great way for families to experience a holiday tradition,” and Deely agreed.
After about 20 minutes with Santa, Brayden even dished out a high-five for the jolly guy. Deely said, “At the end, he didn’t want to leave. He kept saying, ‘More Santa.’”