Man Got Same Tattoo As Dog And Has Immediate ‘Ragrats’

A Texas man has been left with a few ragrats recently after getting what was supposed to be a meaningful tribute to his dog tattooed on his forearm. The owner, who is only known as Chris, thought a tattoo on his dog’s pelvic area was from an abusive former owner and decided as an act of solidarity he’d share the same mark on his arm. 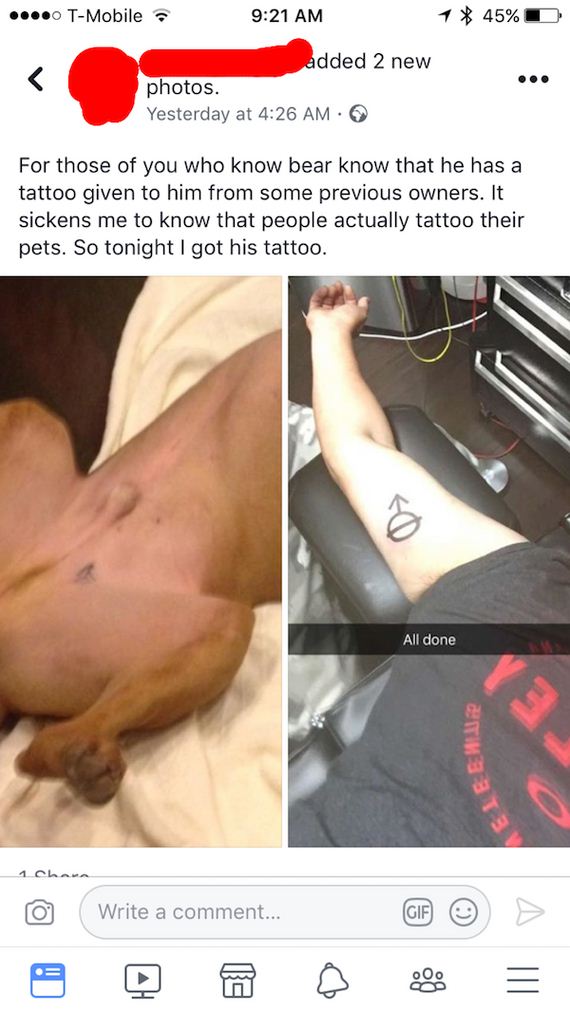 “For those of you who know bear know that he has a tattoo given to him from some previous owners. It sickens me to know that people actually tattoo their pets. So tonight I got his tattoo.”

The only issue? The tattoo wasn’t from a former abusive owner — it was from the vet and signifies an animal that has been spayed or neutered. 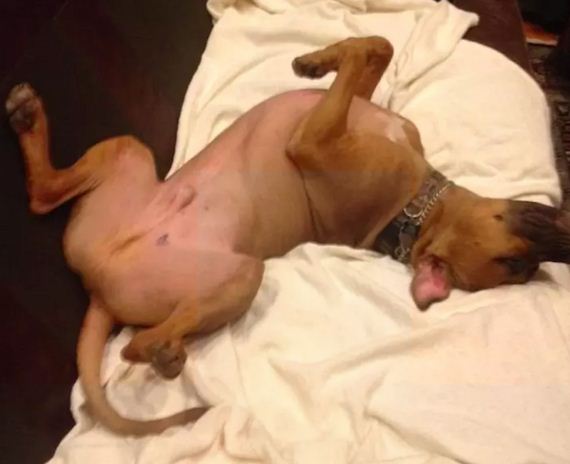 Facebook friends were quick to let our poor soul know. “That means he’s neutered!” wrote one Facebook friend, “My rescue female has one too!!” Another commented, “Guess you’re neutered Chris.” 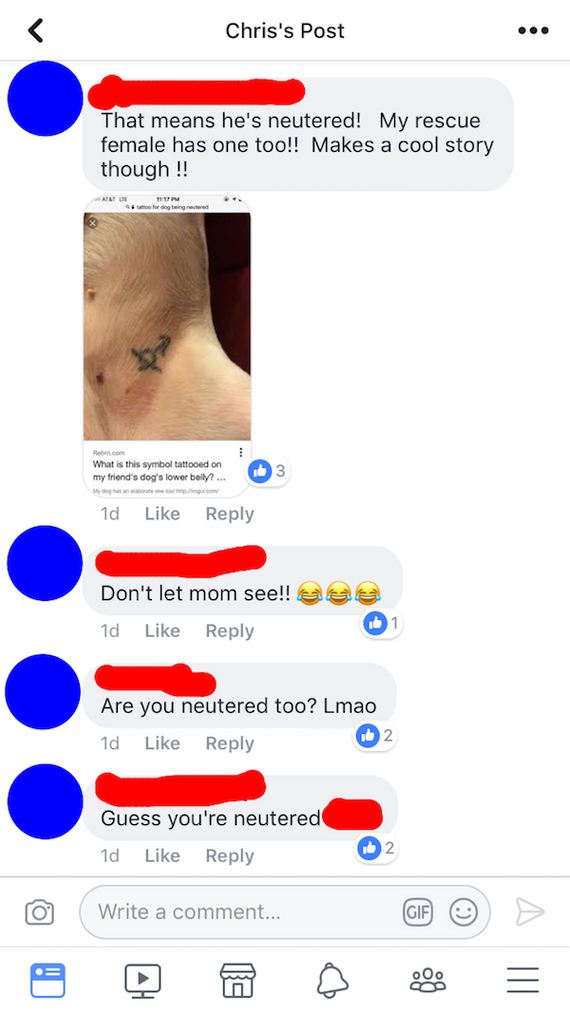 Whether he was aware of the meaning or not, Chris was quick to defend his decision, and adamant he knew what it meant.

“I definitely did my research. I actually talked to my family vet about it when I first got him. I don’t think that people should crop ears. I don’t think that people should cut tails off their pets. If they’re going to be a member of your family, you should treat them as such. I don’t see tattooing your dog as something that you should do… My vet would never just say, “Hey, willy-nilly, I’m going to tattoo your dog.” It’s not going to happen.” 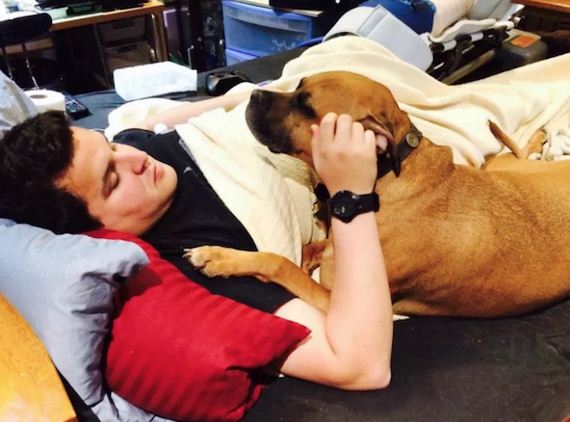