A man who inspired a nation

Terrance Stanley Fox was born in Winnipeg in the summer of 1958. He grew up to become one of the most prolific humanitarians, icons, and cancer research activists in Canadian history. Terry was an athlete his whole life. He not only participated in long distance running but he also played basketball for Simon Fraser University. 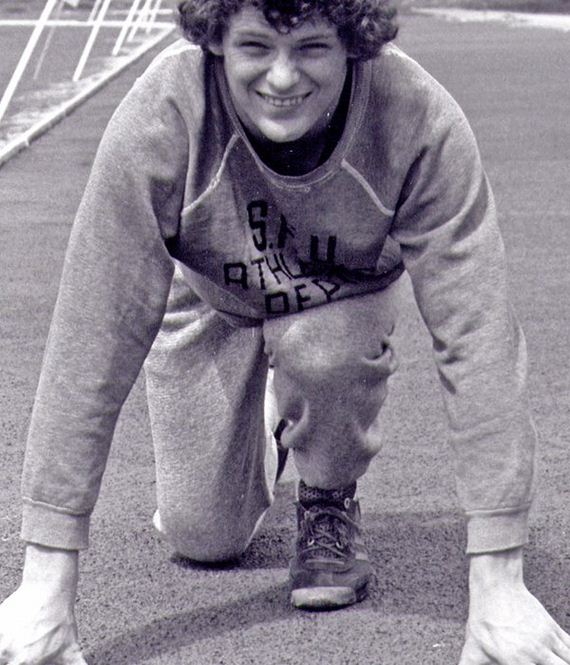 In 1977, Terry discovered a malignant tumour in his right leg, which was then amputated about 6 inches above his knee. 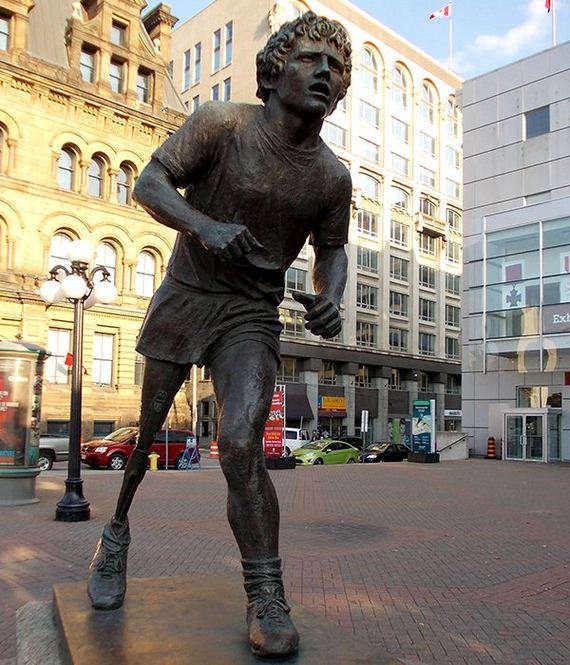 Before the amputation, Terry read about a man named Dick Traum, the first amputee to successfully run the New York City Marathon. Inspired by this, Terry decided to start training for a marathon of his own. However, during his stay in the hospital he grew more and more frustrated with the lack of funding dedicated to cancer research. That’s when he came up with the idea for the ‘Marathon of Hope.’ 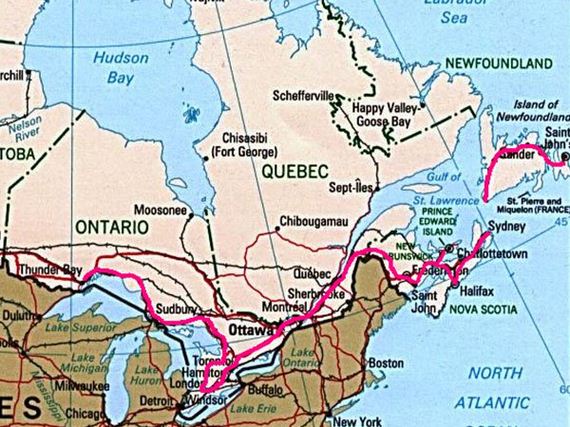 Terry planned to run across Canada to increase cancer awareness and raise some money for cancer research. During his training (which started in Feb 1979) he ran over 5,000 km (3,107 miles) on his artificial leg. In October of 1979 Terry wrote a letter to the Canadian Cancer Society, saying: “I’m not a dreamer, and I’m not saying this will initiate any kind of definitive answer or cure to cancer, but I believe in miracles. I have to.” 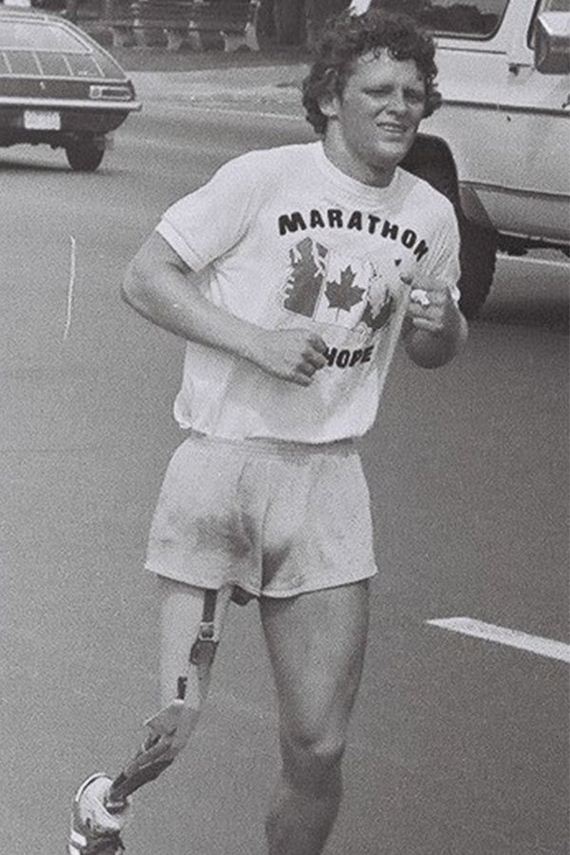 On April 12th, 1980, The Marathon of Hope began as Terry dipped his artificial leg in the Atlantic Ocean. Starting at St. John’s, Newfoundland, Terry would begin his journey with the intention of running 42 Km (26 miles) a day through 6 Canadian provinces.

5 months later, Terry stopped outside of Thunder Bay, Ontario, after running a total of 5,373 Km (3,339 miles.) It is there that he learned that the cancer had spread into his lungs. As major a set back as this was, Terry said: “I’m gonna do my very best. I’ll fight. I promise I won’t give up.” He then went back to B.C. to begin his treatment. By the time he ran to Thunder Bay, Canadians had helped raise over $1.7 million for cancer research. 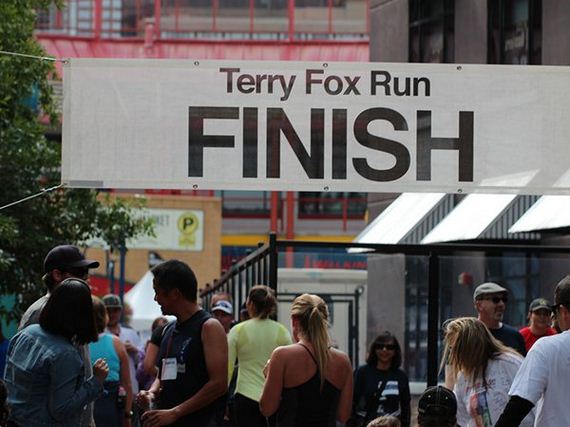 Shortly after Terry had to stop his marathon, Isadore Sharp, Chairman and CEO of Four Seasons Hotels and Resorts, contacted the Fox Family and assured them that he will organize a yearly run that will be used to raise money for cancer awareness in Terry’s name. In his message he wrote: “You started it. We will not rest until your dream to find a cure for cancer is realized.” 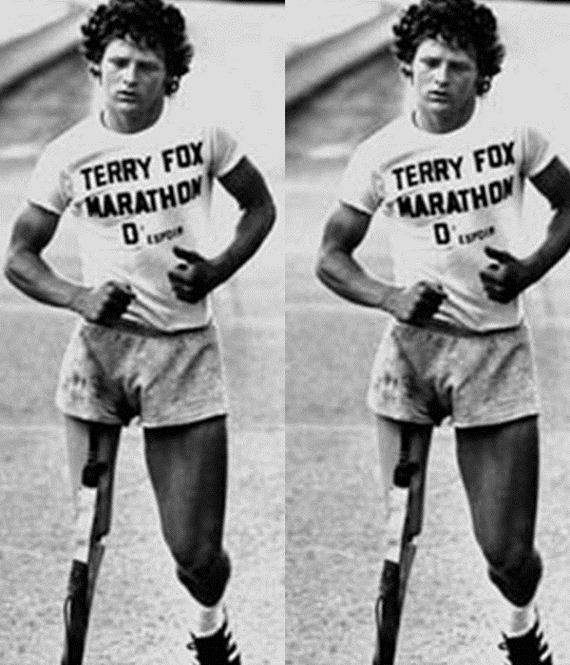 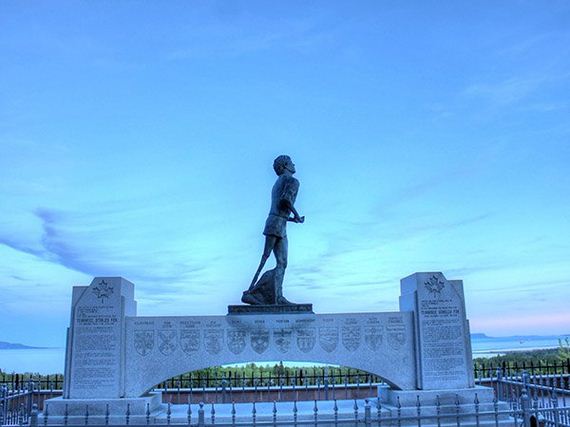 Despite his death, his legacy grew larger and larger and to this day he is known as one of Canada’s greatest heroes. Every year, schools and communities all across Canada partake in annual ‘Terry Fox Runs’ that raise a ton of money for cancer research. As of May 2016, there has been over $715 million raised to support Cancer research in Terry’s name.