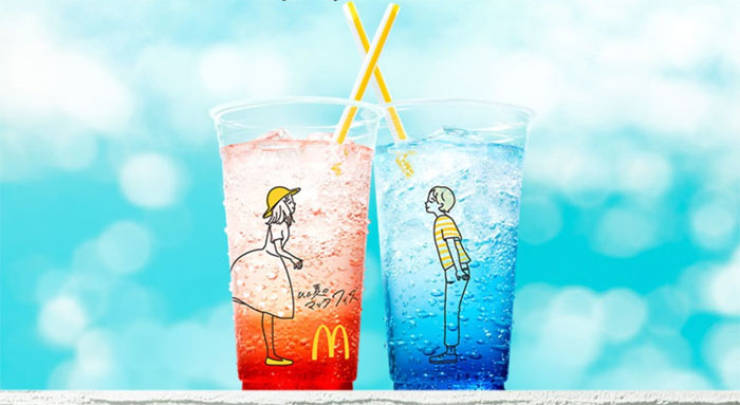 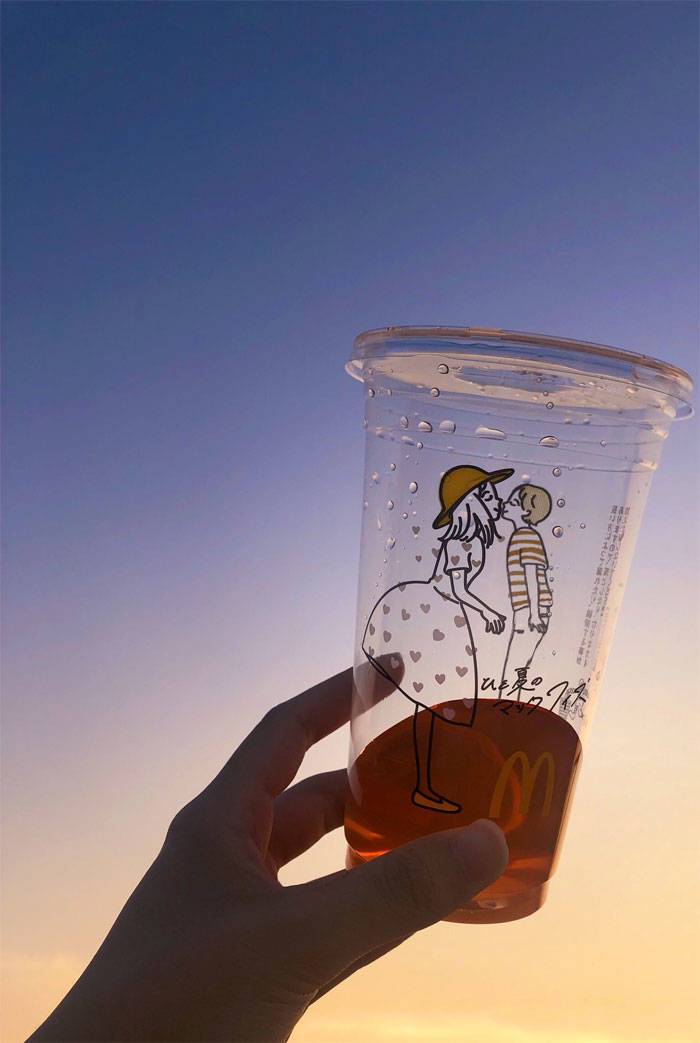 Soon after, however, Japanese Twitter had been bombarded with pictures of the two characters in rather inappropriate positions 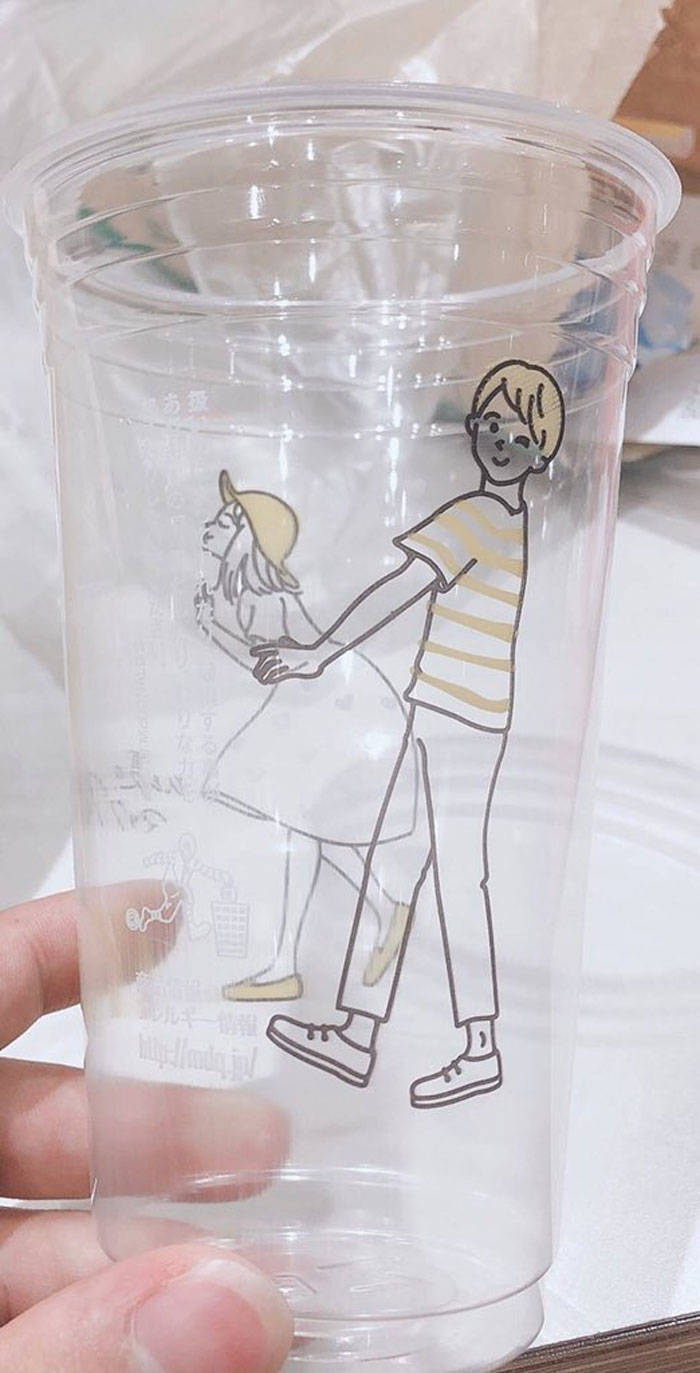 Turns out, if you look at the illustrations from a slightly different angle, things get rather suggestive 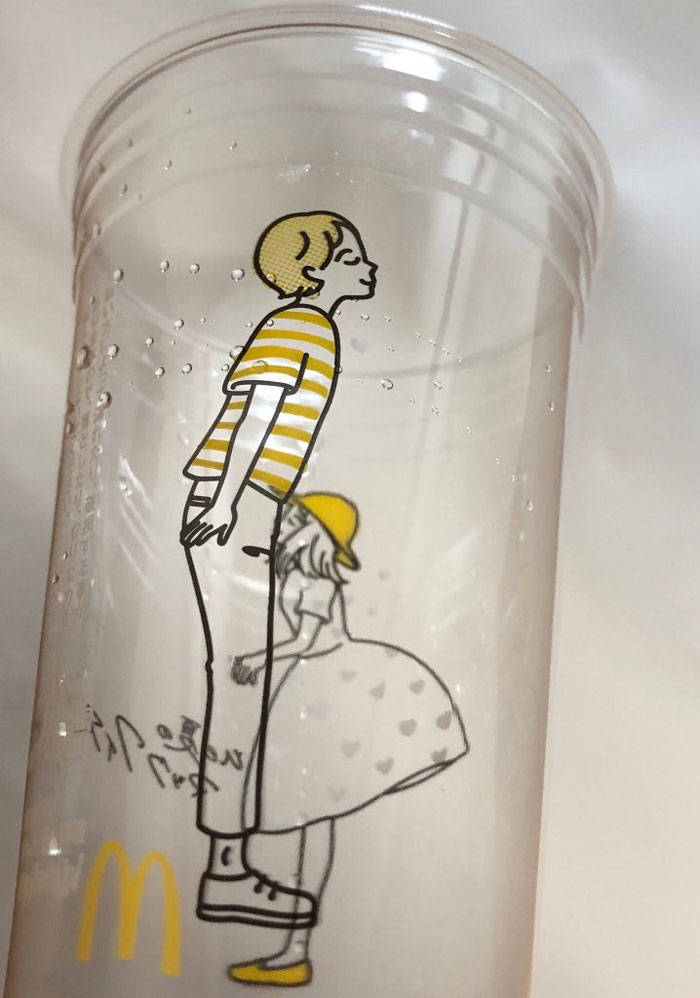 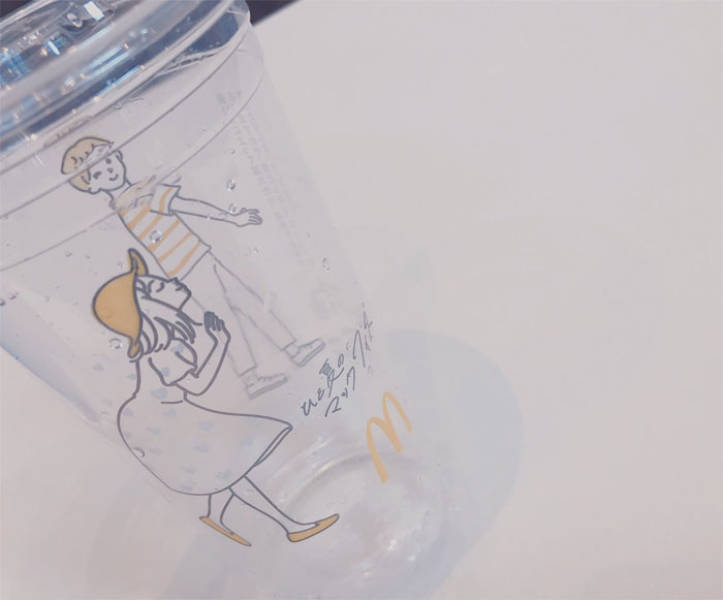 SoraNews24 reports that McDonald’s Japan has yet to stop the decorative cup promotion, so for the time being you can still get them. 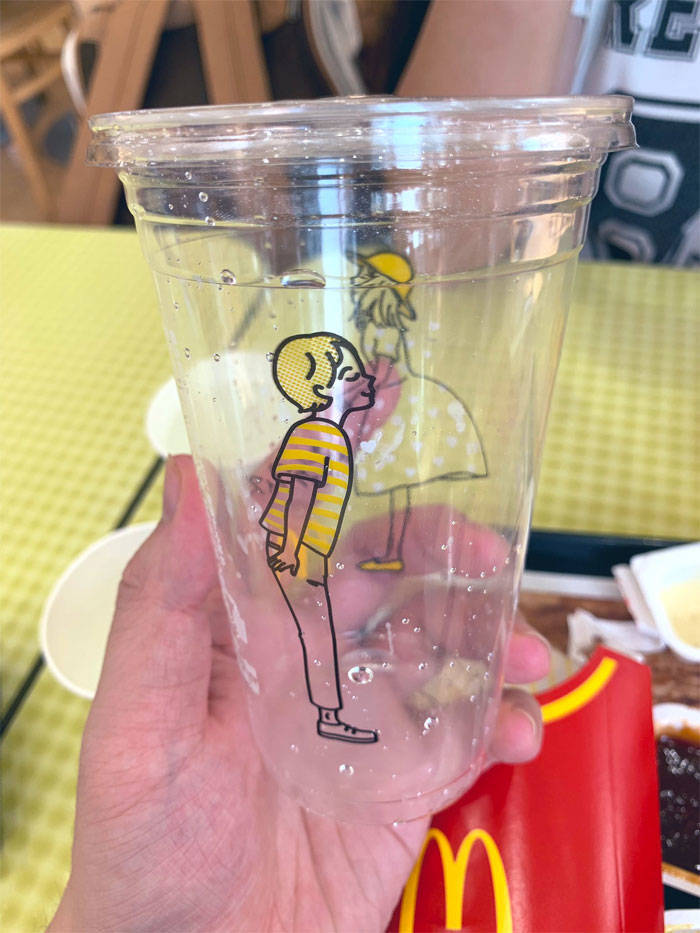 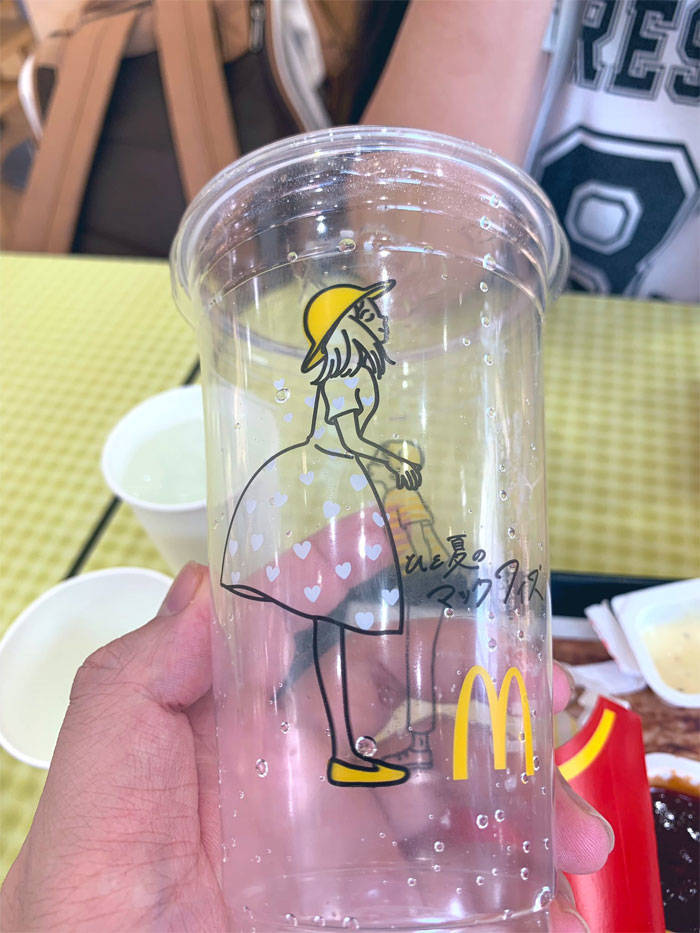 This isn’t the first time when McDonald’s marketing campaign runs into trouble. A few years ago, when Kate Bachelder tried to get an Egg McMuffin, things turned really weird really fast. According to the Wall Street Journal, when Kate tried to pay the cashier, she was told she wouldn’t need money.

“I had been randomly chosen for the store’s “Pay with Lovin’” campaign,” she said. The company set out to give away 100 meals to unsuspecting patrons in an effort to spread “the lovin’” on Valentine’s day, but it sounded better on paper than in real life.

“A crew member produced a heart-shaped pencil box stuffed with slips of paper, and instructed me to pick one. My fellow customers seemed to look on with pity as I drew my fate: “Ask someone to dance.” I stood there for a mortified second or two, and then the cashier mercifully suggested that we all dance together. Not wanting to be a spoilsport, I forced a smile and “raised the roof” a couple of times, as employees tried to lure cringing customers into forming some kind of conga line, asking them when they’d last been asked to dance.”

“The public embarrassment ended soon enough, and I slunk away with my free breakfast, thinking: Now there’s an idea that never should have left the conference room.” 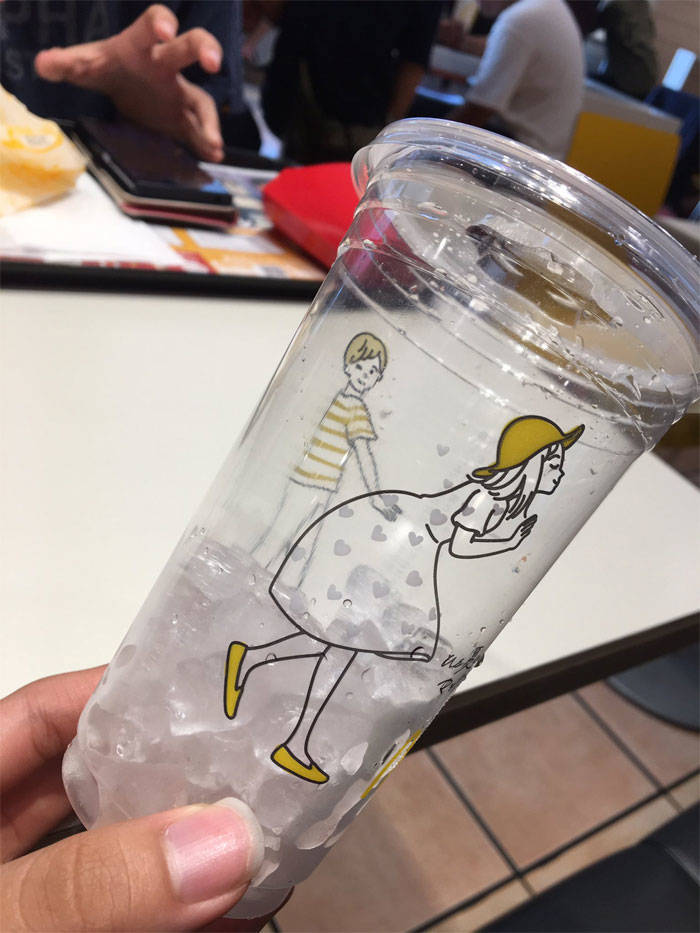 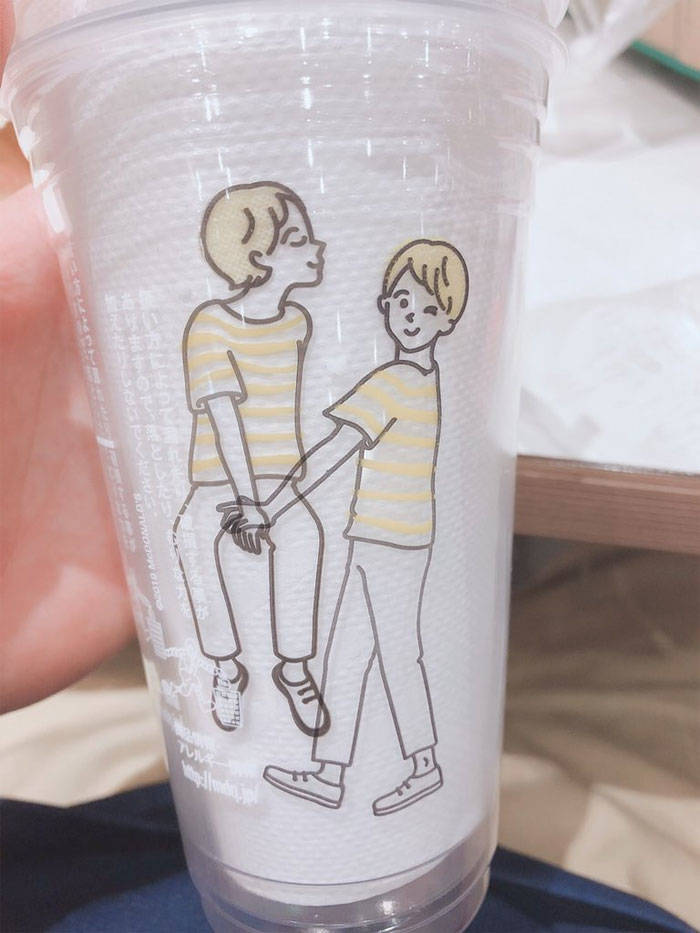 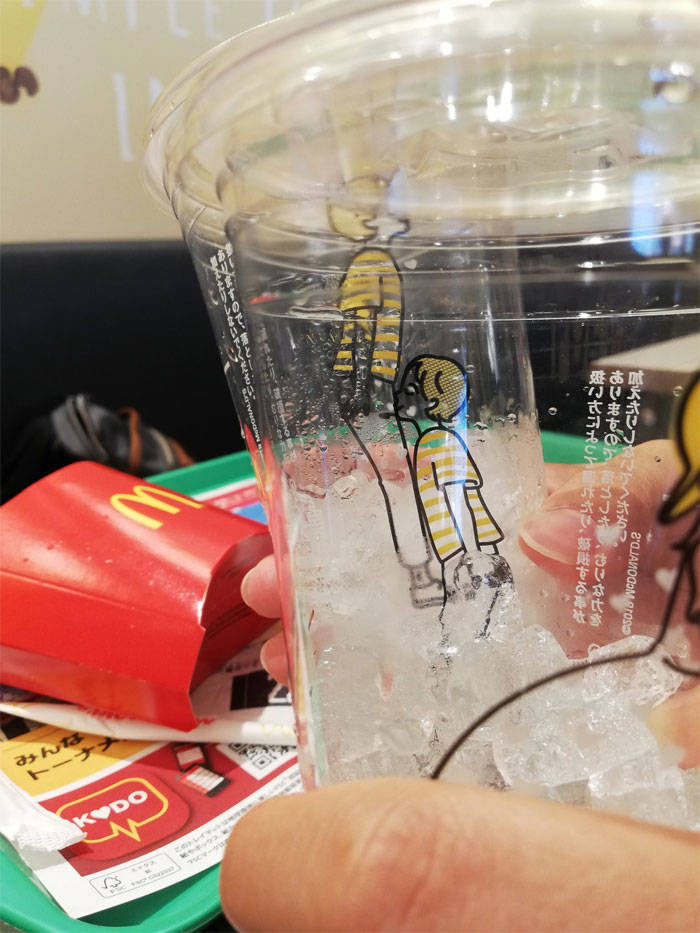 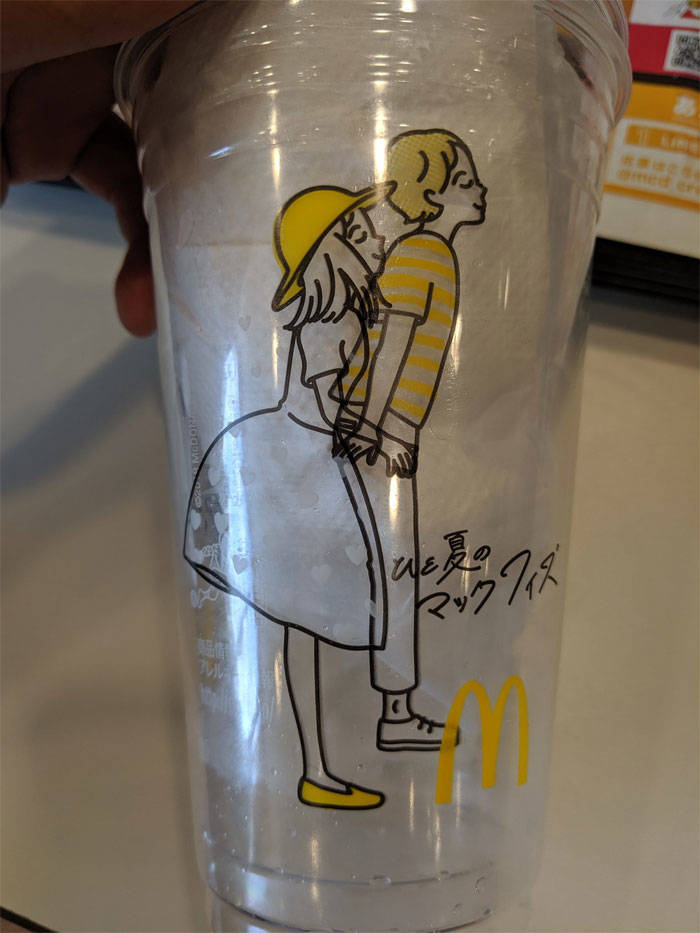 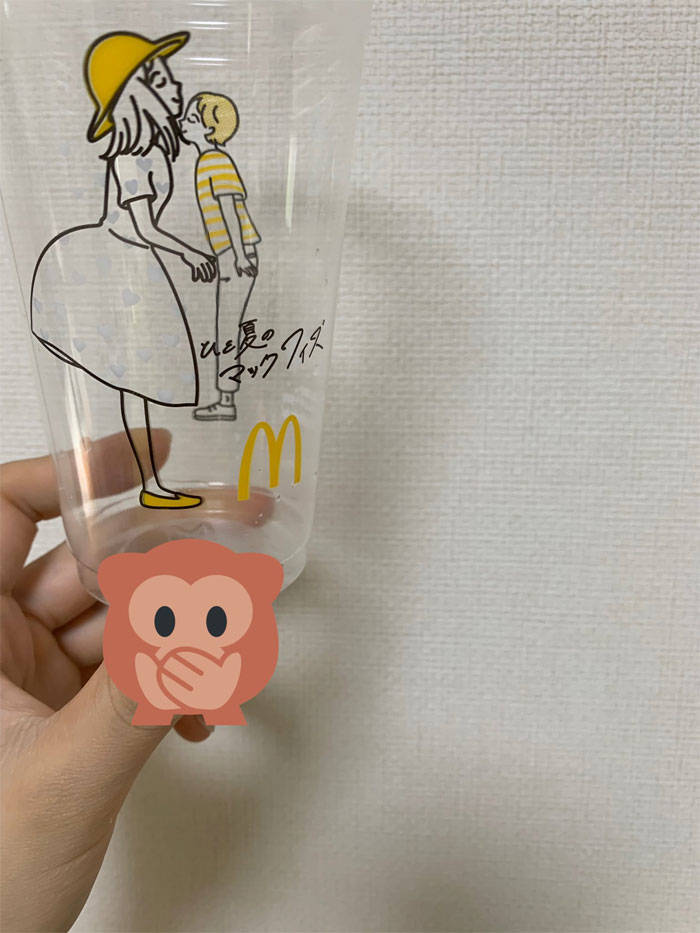 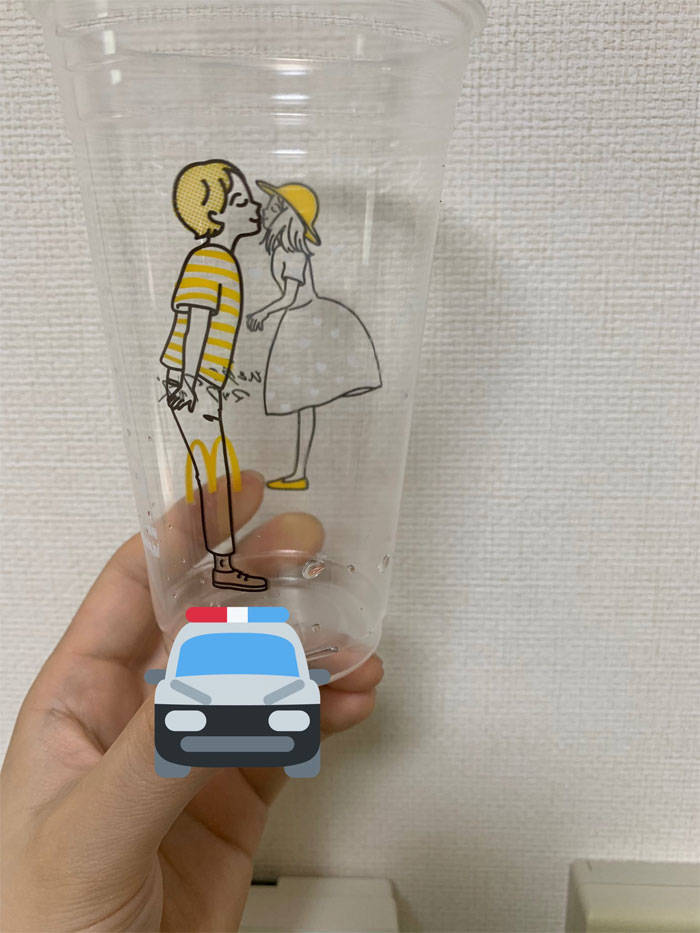