This meeting took place in one of the Russian forests. People relaxing in the forest when little bear cubs came and began to show their curiosity. 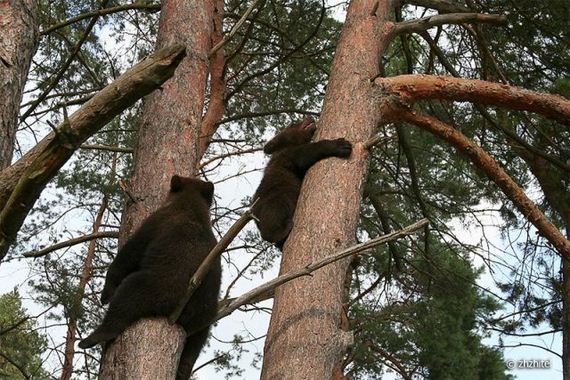 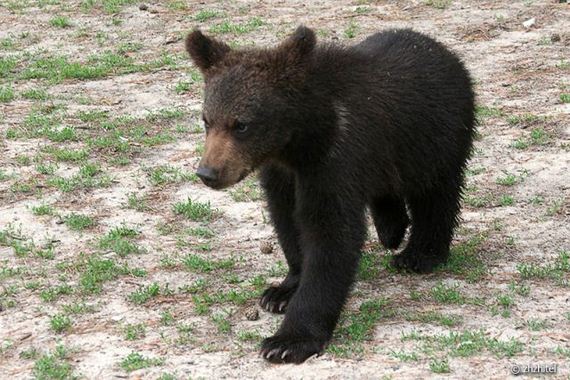 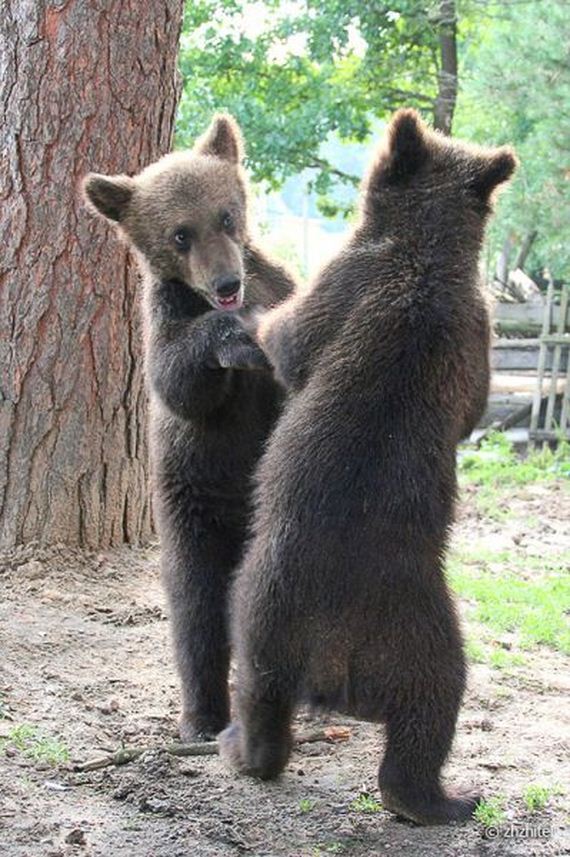 They are cute and playful. 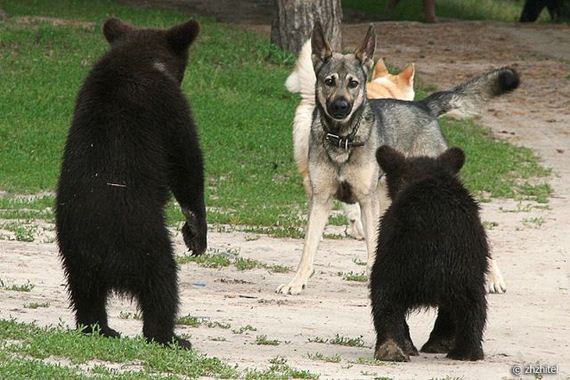 They are also brave. 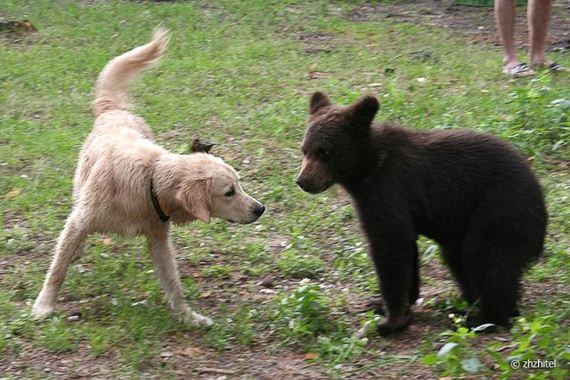 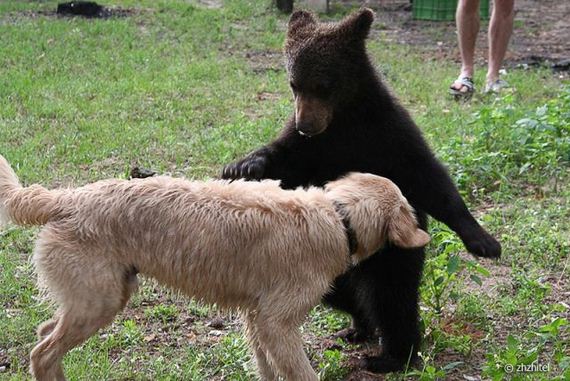 Bear cubs don’t run away, and ready to show who is the boss. 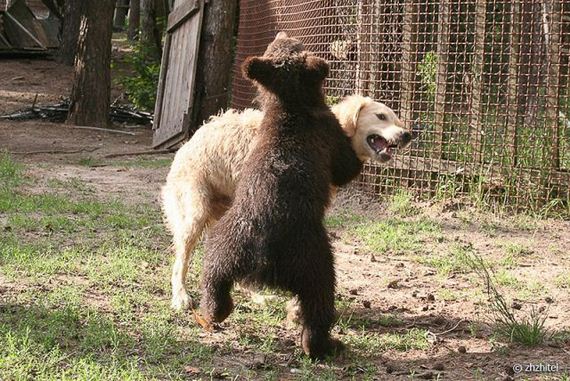 Despite the fact that the bear cubs have a big claws and fangs, they prefer a fair fight. 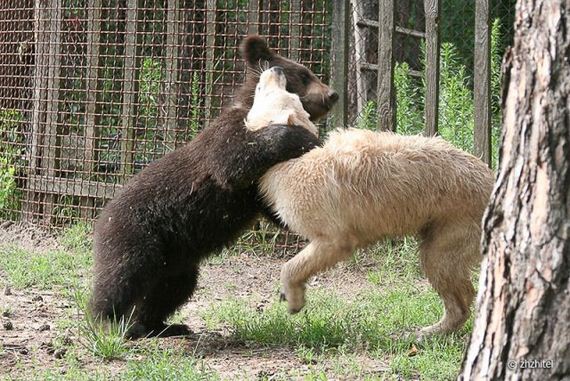 These cubs are just six months. But in a couple of months they will not release their opponent without injury. 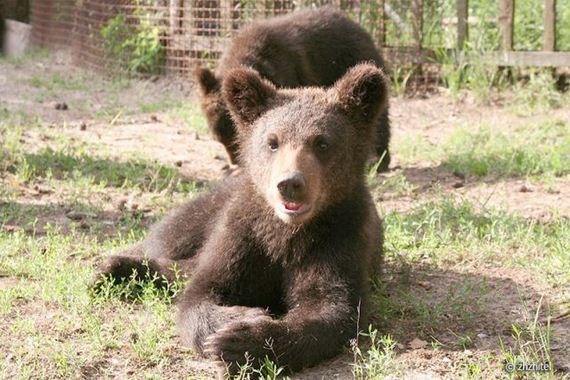 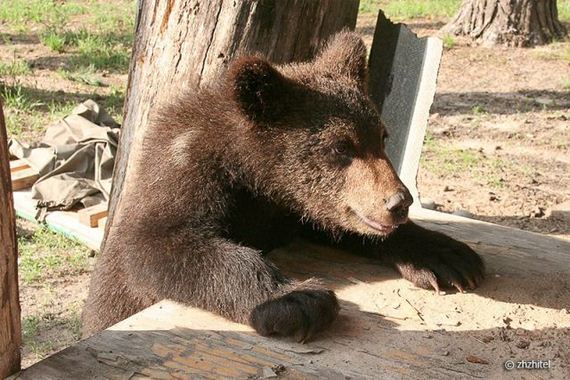 Cubs were willing to meet people. 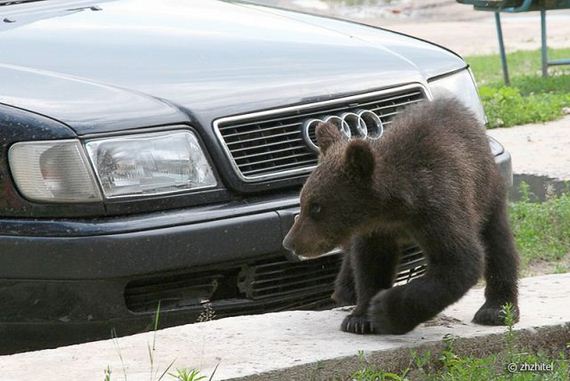 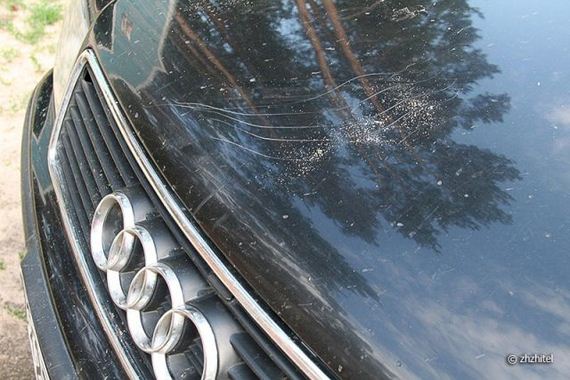 One of them touched the hood of car. 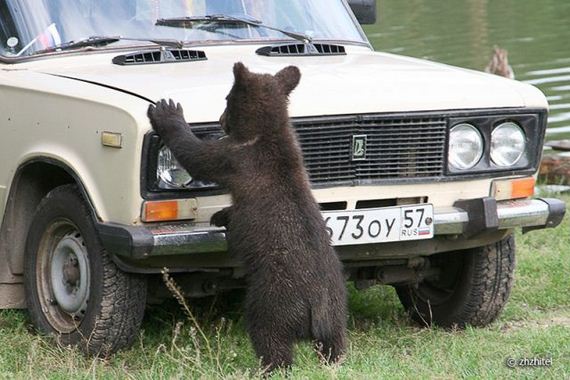 They need to check everything around them. 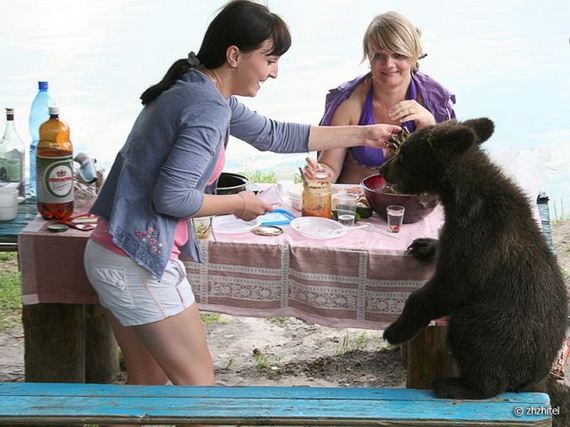 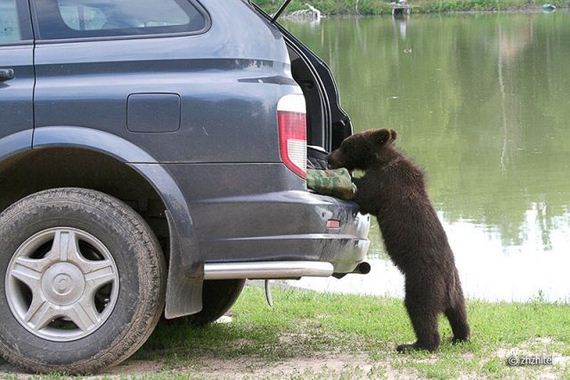 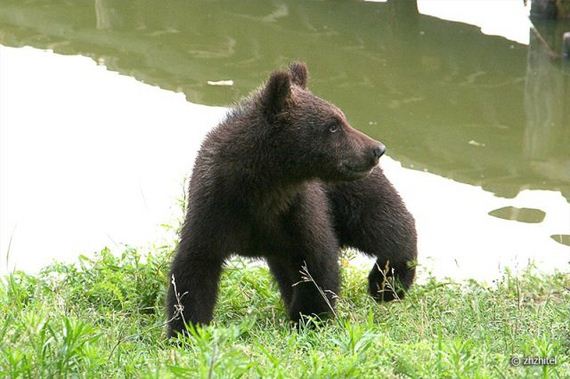 Apparently the cub got tired. So he says goodbye to people and flees into the woods.

Previous Real Frontier Photographs
Next Me and My Egg