Microsoft Flips Off The World With Middle Finger Emoji 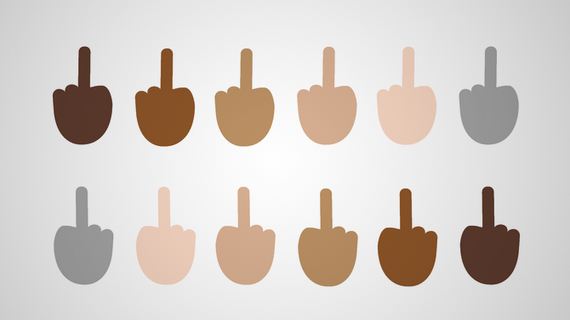 Microsoft has been falling behind in the smartphone game, but they may win over some users with the big middle finger emoji.

The latest addition to the wide world of emojis will have people saying FU for the first time since the birth of emojis. In the same likeness of the dislike button on Facebook, Microsoft announced they’d be adding a middle finger emoji to Windows 10, according to Emojipedia, due out in mid-2015.

The middle finger emoji was approved in 2014 by Unicode, the computer industry standard responsible for emoji, but Microsoft is the first company to implement the approval. Microsoft will also be adding a unique grey color to it’s line of racially diverse emojis, being conscious not to exclude the un-dead and white walkers.

Loading...
Previous The 8-Week-Old ‘Confused Kitten’ Might be the Next Internet Celebrity
Next Some people have this ‘Snapchat Story’ thing down pat