Debi and Jeff Brusatori recently had to evacuate their Hayfork, California when it became engulfed in flames. They took their cat with them but as they were driving away the cat jumped out the window of their moving car. They feared the worst but five days later they returned back to their property to find the cat alive and well. 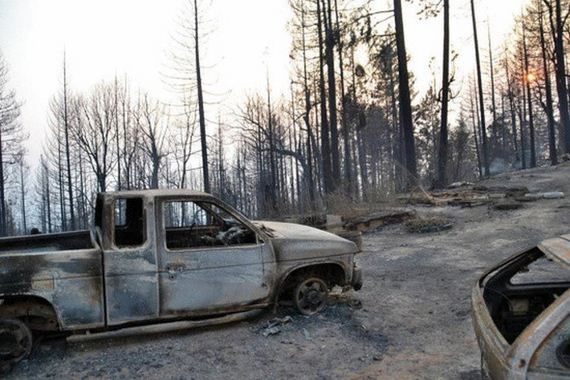 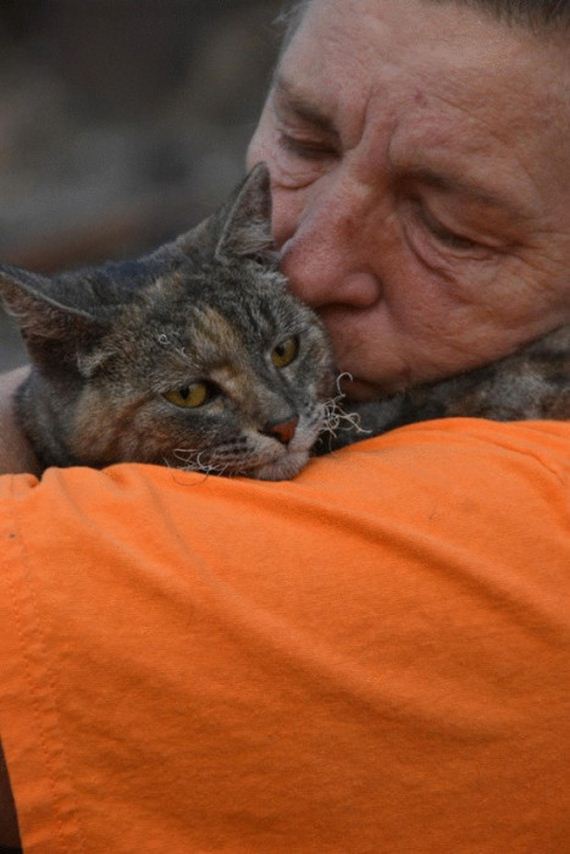 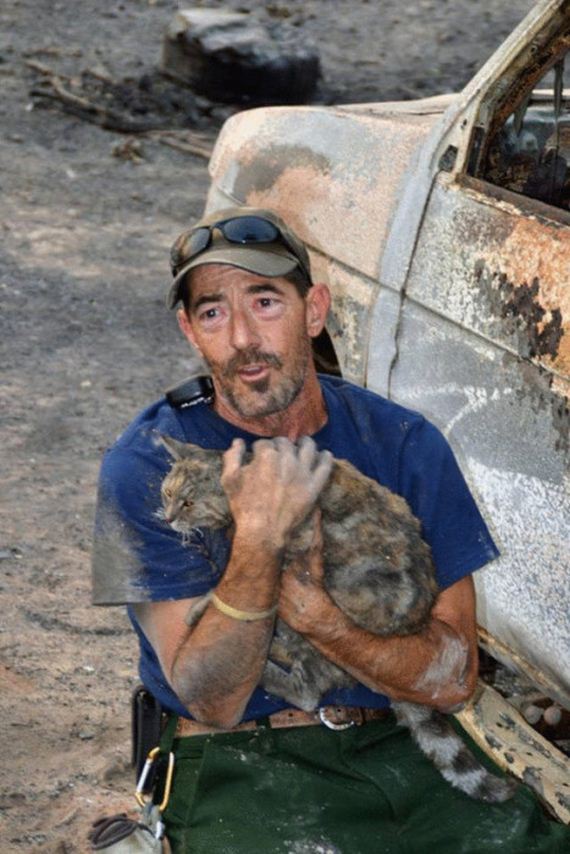 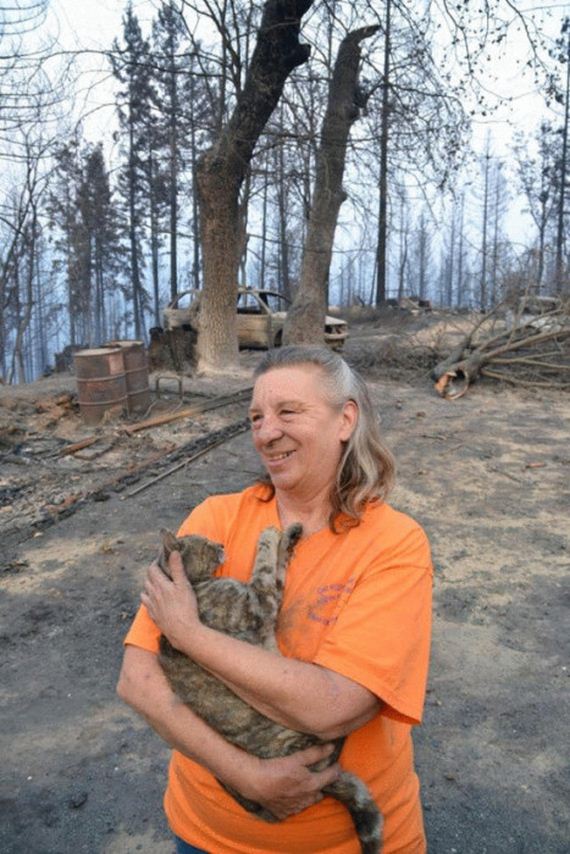