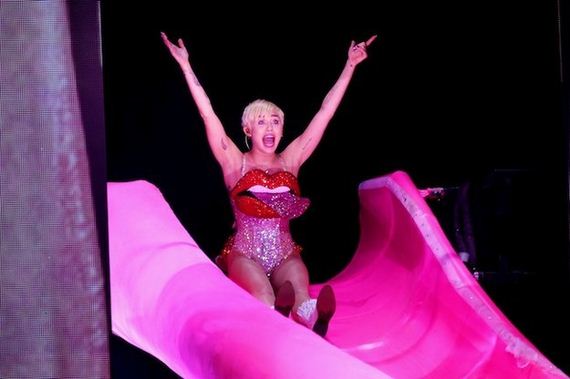 Miley opened the U.K. leg of her Bangerz tour on Tuesday night. And it was just as crazy as you’d expect.

And swearing rather a lot. 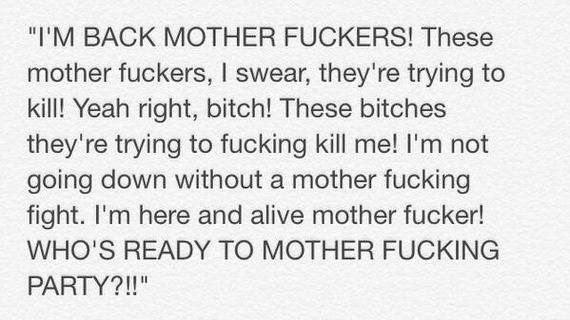 To her writhing around on cars in barely anything. 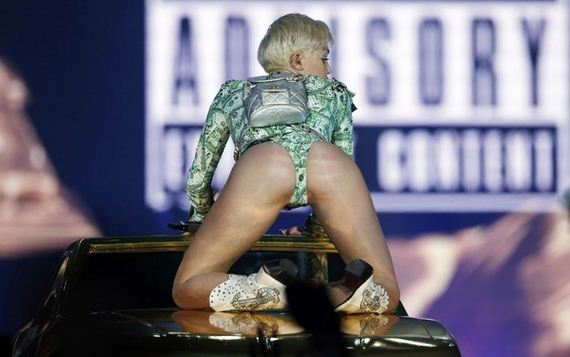 And, of course, grabbing her own crotch numerous times. 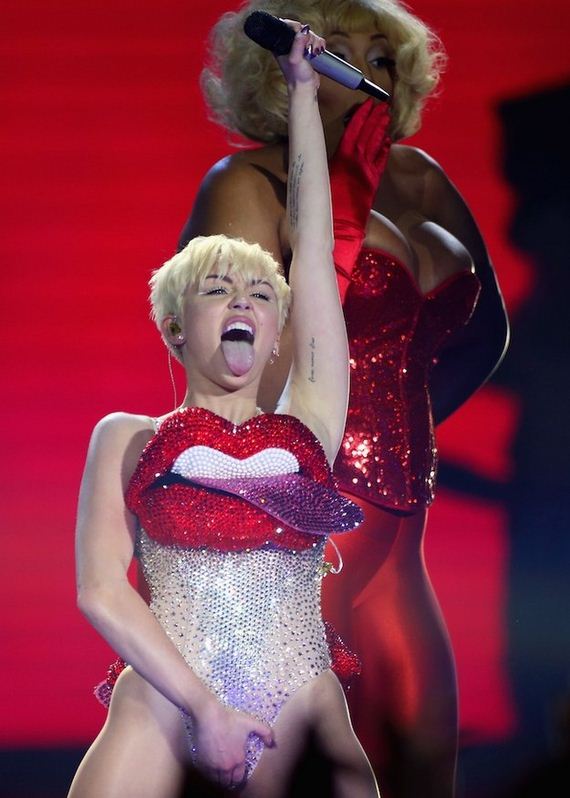 But she also felt up her backing dancers. 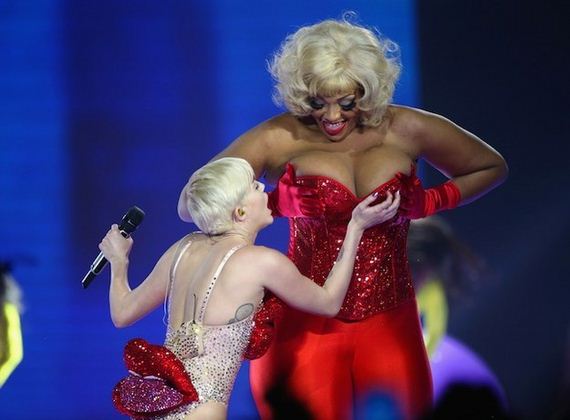 And made out with a giant joint. 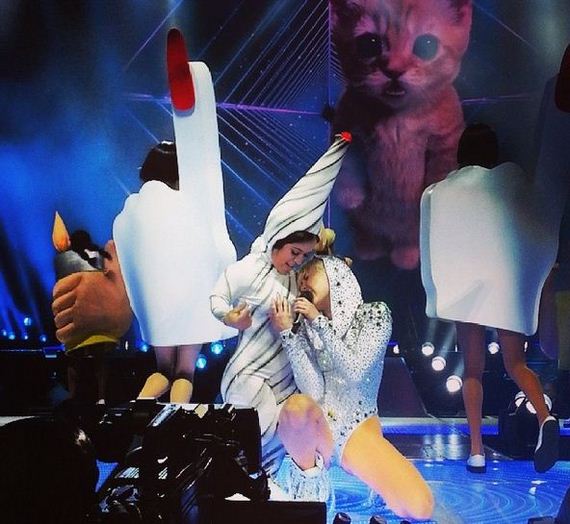 In fact, she encouraged her fans to smoke weed.

And accused them of taking pills.

She checked out her own backside. And liked it. 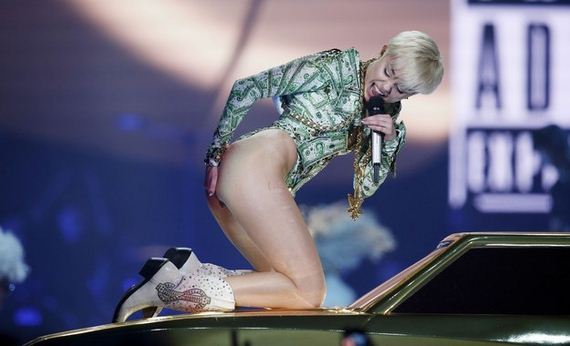 And made us wince with this move. OUCH, Miley! 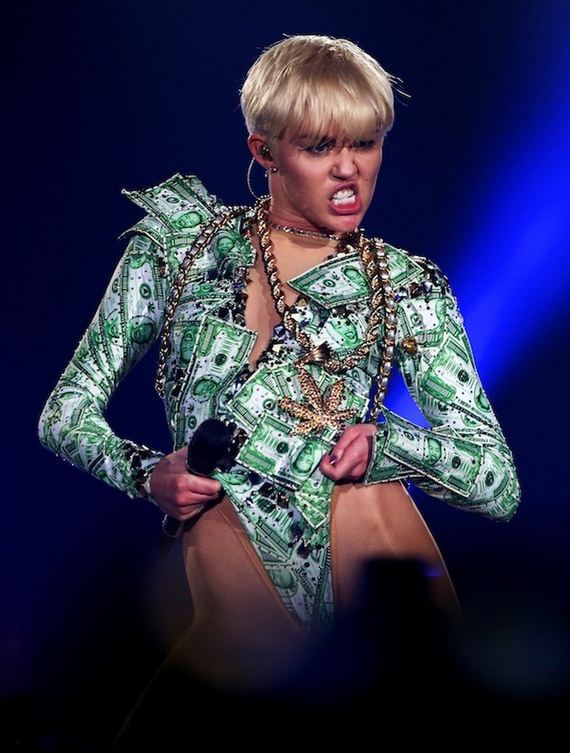 And called the crowd “a bunch of fucking sluts.” 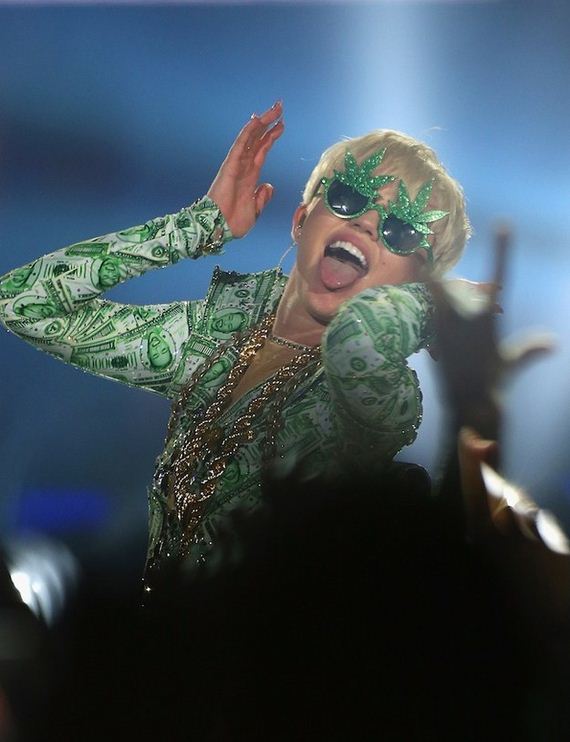 When she swung a bra around after a fan threw it on stage. 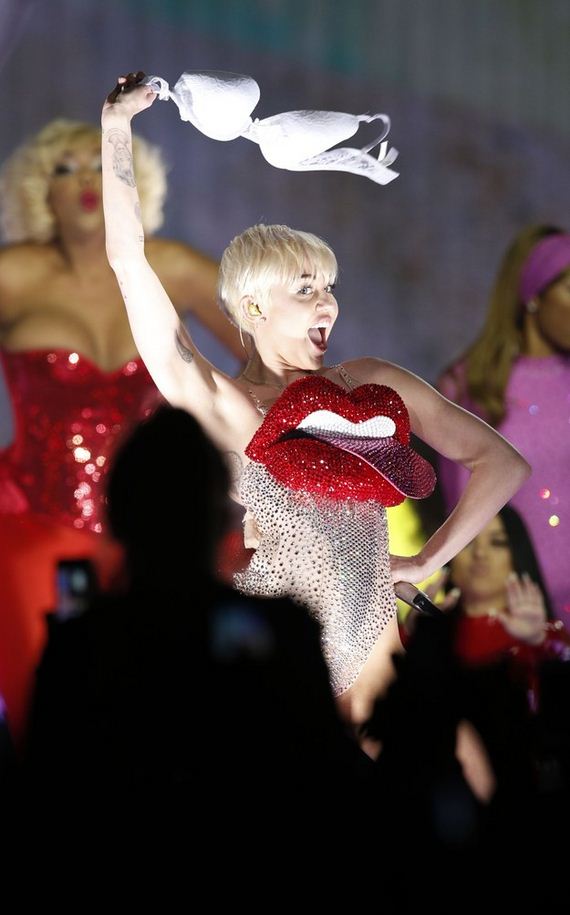 When she did this. 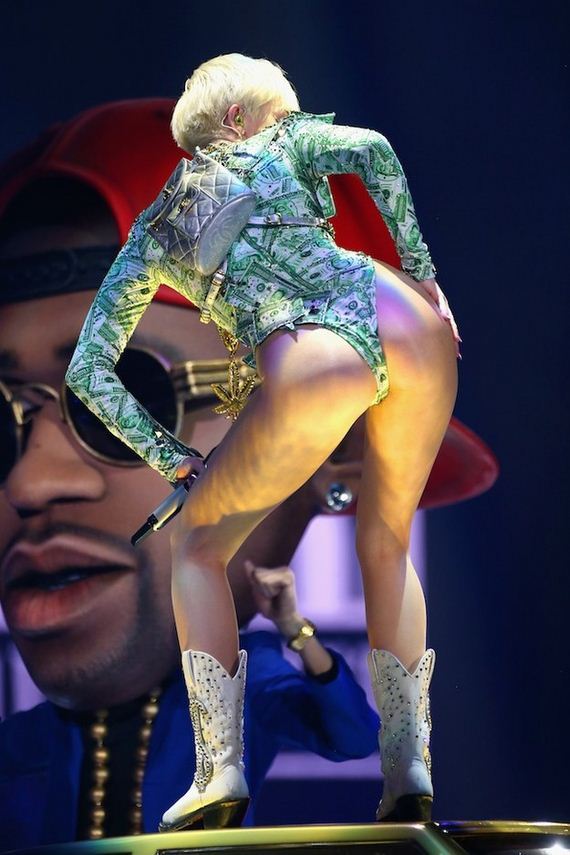 And this. WHAT IS THIS?! 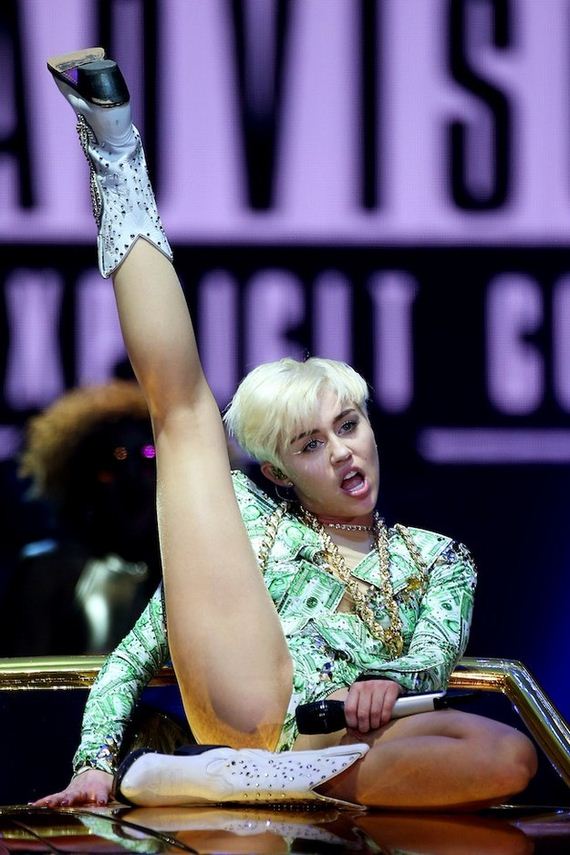 A MICROPHONE at her CROTCH. What? 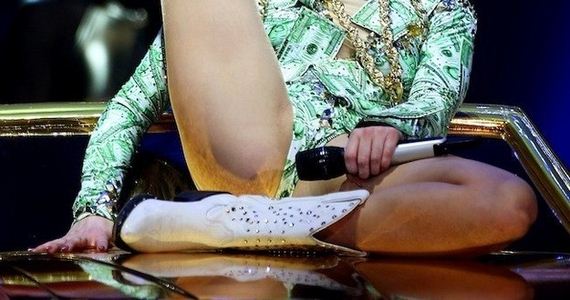 When she danced with this monkey and shark, as you do. 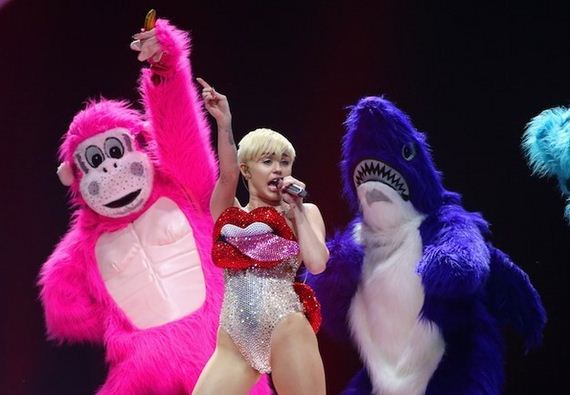 Then twerked around with these two. 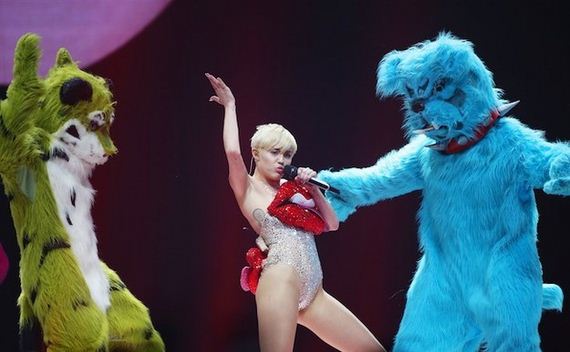 When she sang at a giant inflatable version of her late dog, Floyd. 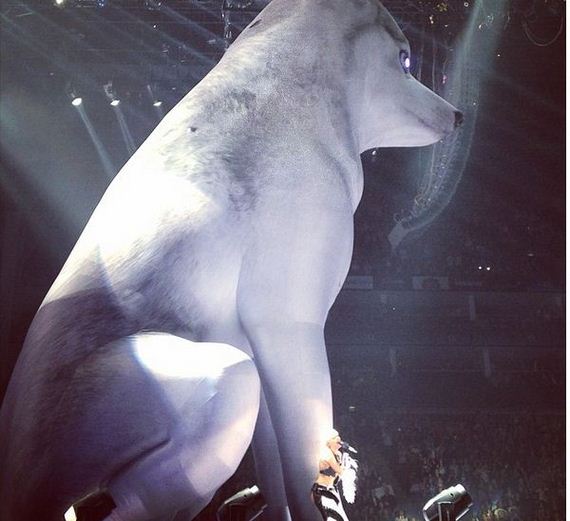 And flew around on a big hot dog. 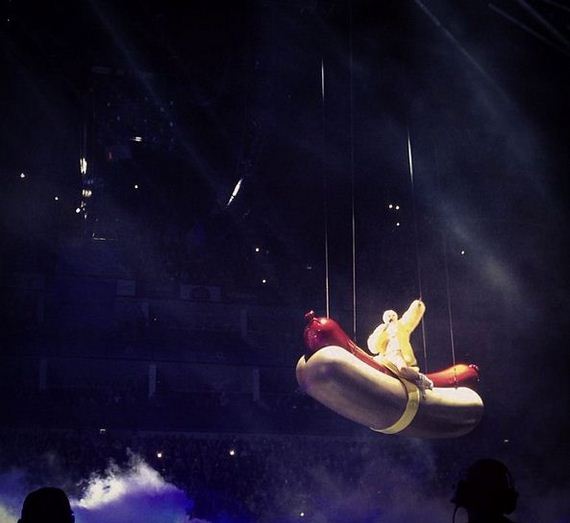 OF COURSE she was on a gigantic hot dog. Why wouldn’t she be? 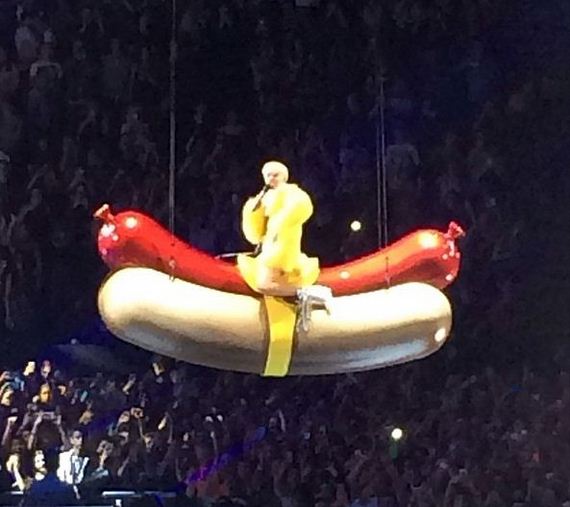 When she let someone take an up close picture of her ass. 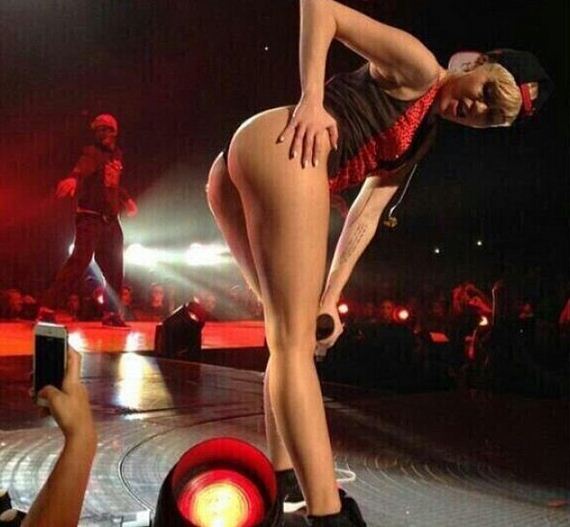 And gave herself a wedgie. 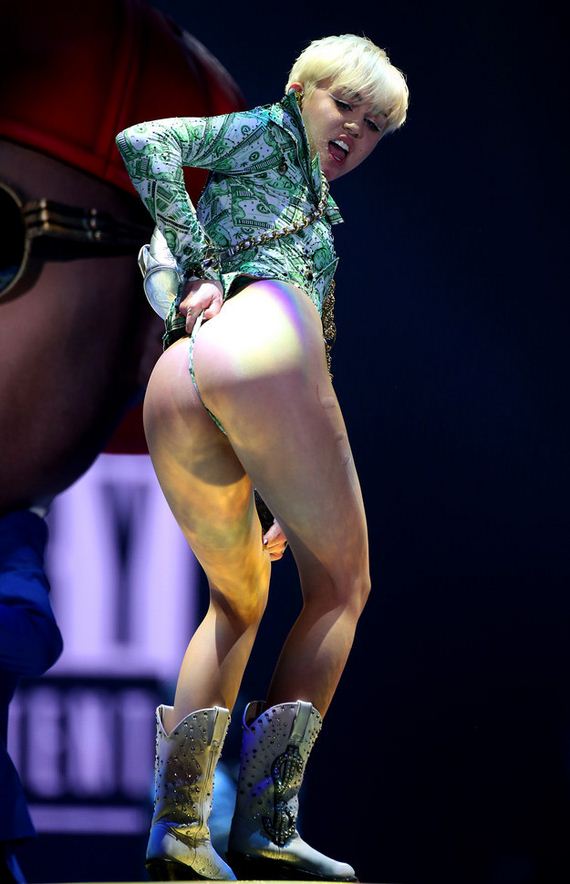 Carry on being you, Miley. 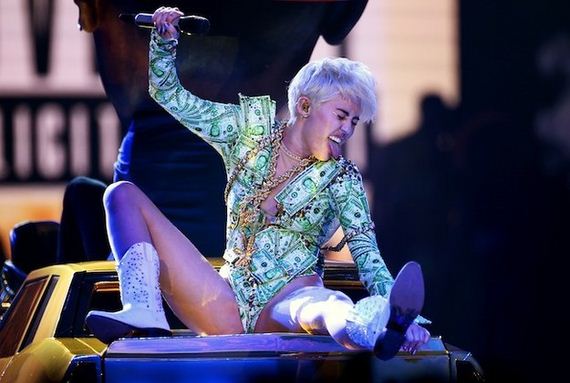