A young girl and her donkey have helped each other heal in remarkable ways. 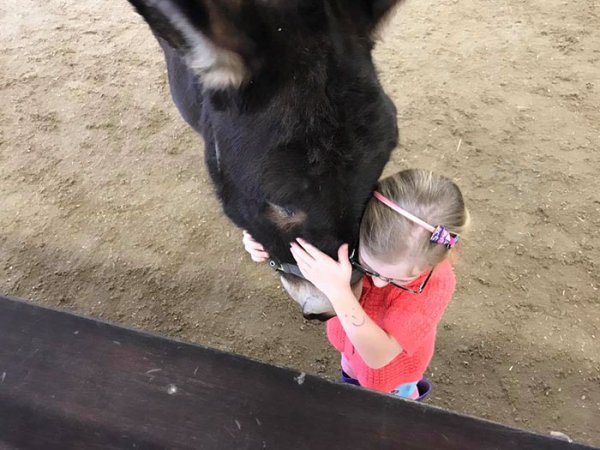 Amber was born with cerebral palsy and required surgery at birth that saved her life but cut off air flow to her vocal chords, leaving her mute. 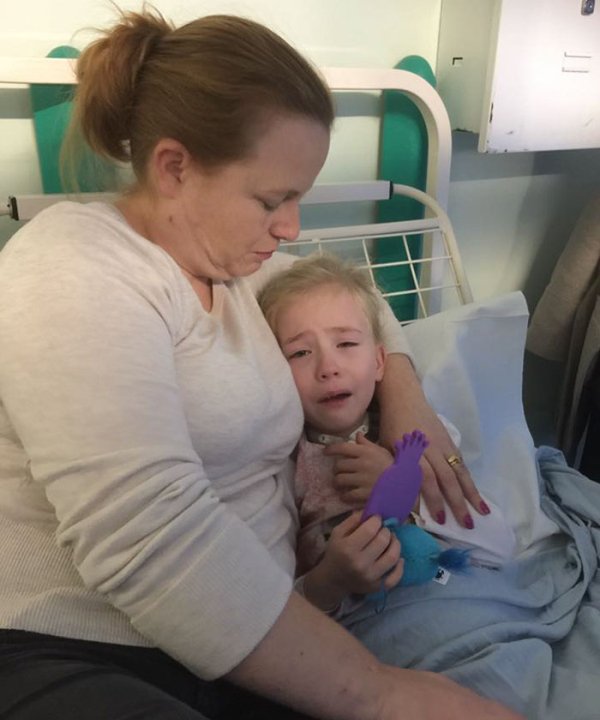 Shocks the donkey was found with a rope tightly tethered around his neck. Festering lesions bore into his skin under the rope, the wounds doused with bleach by the previous owner, who thought that would help.

Shocks was rescued and taken to The Donkey Sanctuary in Birmingham, England, where he met Amber, who couldn’t make a sound. Because of the cerebral palsy, she had difficulty moving, too. 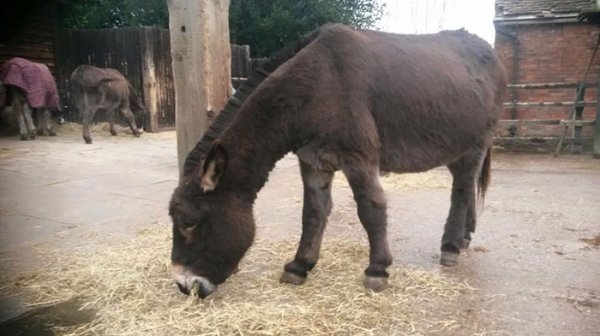 A doctor had recommended Amber’s parents take her to the therapy donkey refuge to help her build muscle strength in a safe and nurturing environment.

“She struggled to sit up and showed no signs of crawling ’til very late on,” Julian Austwick, Amber’s father, told The Dodo. “A friend mentioned The Donkey Sanctuary to Tracy [Amber’s mother] and told her the donkeys can give therapy to additional needs children, so we decided to try it.” 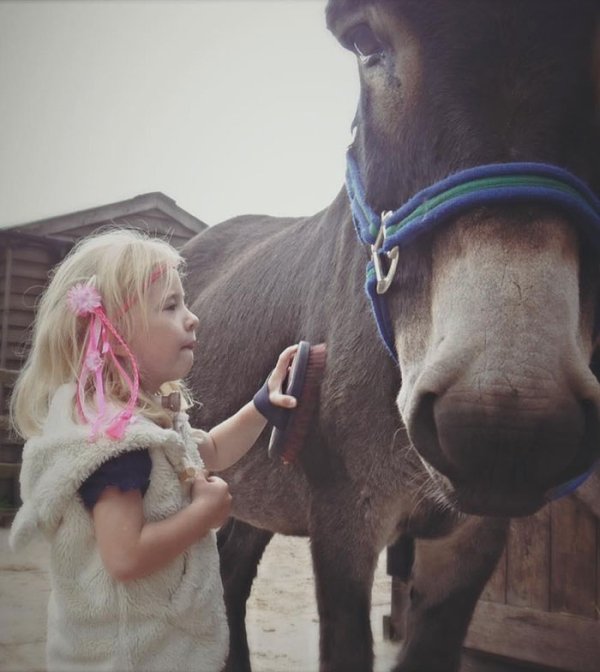 When the pair met, both of them showed signs of recovery almost instantly.

“It was fairly immediate to see they had a bond together, as they were both so gentle with each other,” Austwick said. “Shocks would lower his head to her and would allow her to hold him around his neck. It was scary for us, as parents, as he was so big compared to little Amber, but they really seemed smitten!” 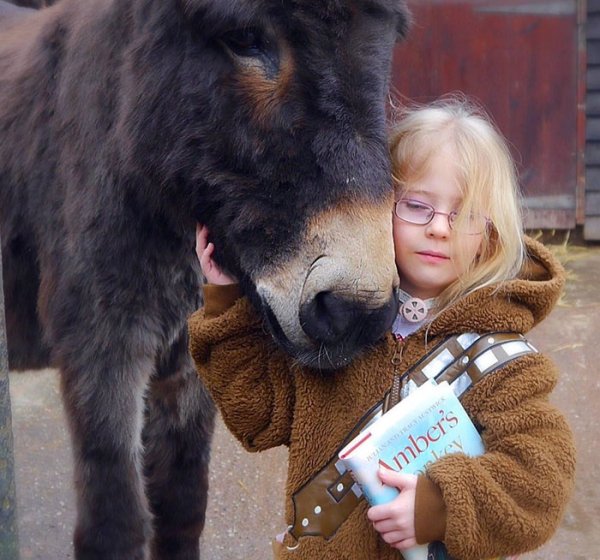 Eventually, Amber gained enough strength to ride Shocks. One day, after a ride, Amber wrapped her arms around Shocks and spoke her first words: “I love you, Shocky.” 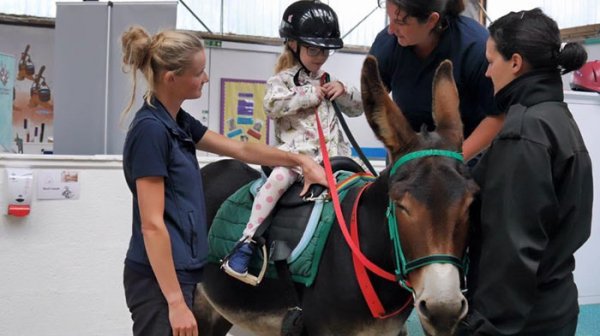 “I’d say they healed each other,” Austwick said. 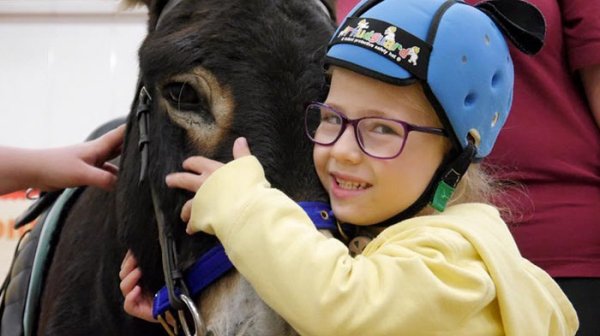 Read more about Amber and Shocks in the book the parents wrote about their relationship, 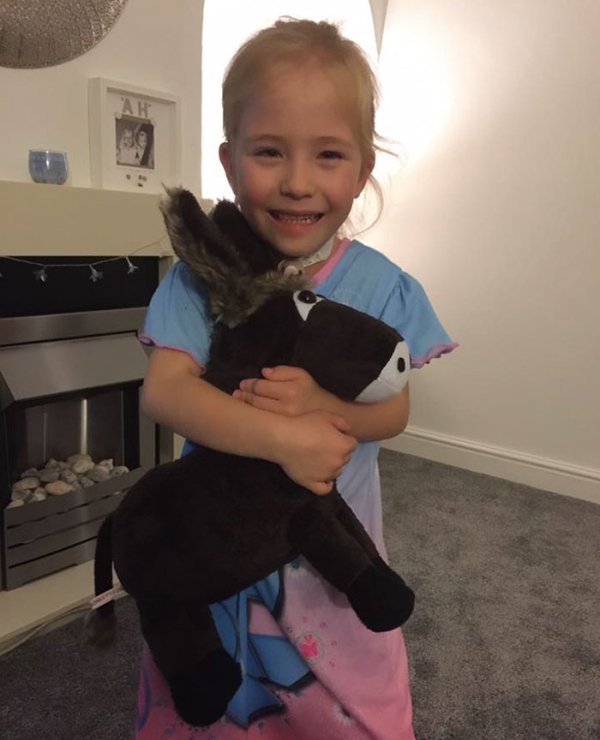