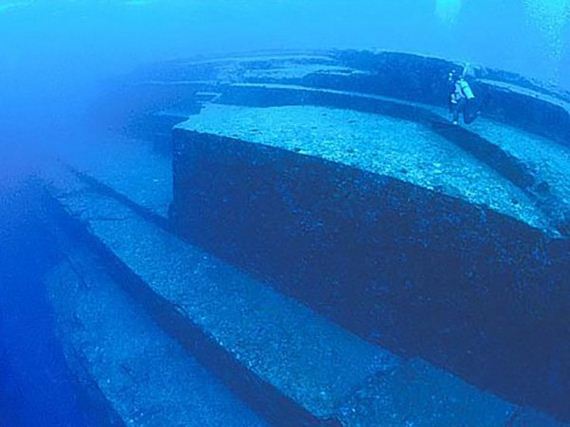 Archaeologists can’t seem to agree on if the underwater monument is in fact man-made or a particularly complex natural form. If it is from an ancient civilization it would be the mark of a complex society of humans that existed somewhere between 5,000 and 10,000 years ago. The monument was discovered in 1986 and those who believe it to be a city structure think it sank into the sea after an earthquake about 2,000 years ago. Clues that lead scientists to think it’s man-made include sharp angles in the stones, cascading staircases and even potential cultural indicators like animal monuments around the structure.

Those who believe it’s simply natural argue that there are no perceptible seams in the sandstone, which makes them think that even the sharpest edging could still be the work of Mother Nature. 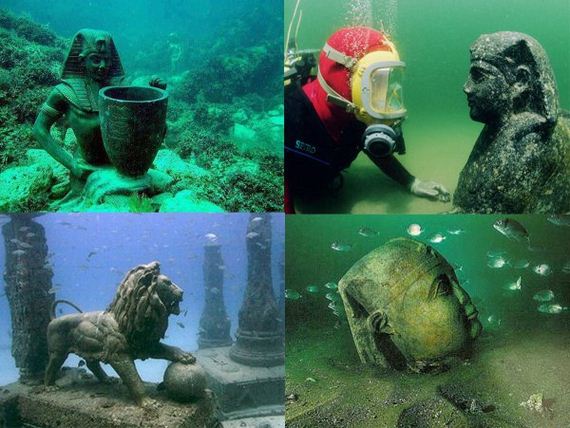 Cleopatra ruled the city of Alexandria for twenty years from the fabled island or Antirhodos, but a particularly rough series of earthquakes vanquished the site to the sea around 1,400 years ago. A dive team led by explorer Franck Goddio rediscovered it in 1996 after Goddio used classic Grecian literary descriptions to find the site. Once found, the team discovered tons of ancient artifacts, all well preserved, including royal statues, sphinxes, jewelry, coins and much more.

Most of the vast treasure trove hasn’t yet been brought to the surface yet, so Egypt plans to capitalize on the excitement by launching an underwater museum. That way visitors can take in its full glory without disturbing the ancient antiquities’ resting place by traveling through underwater tunnels. 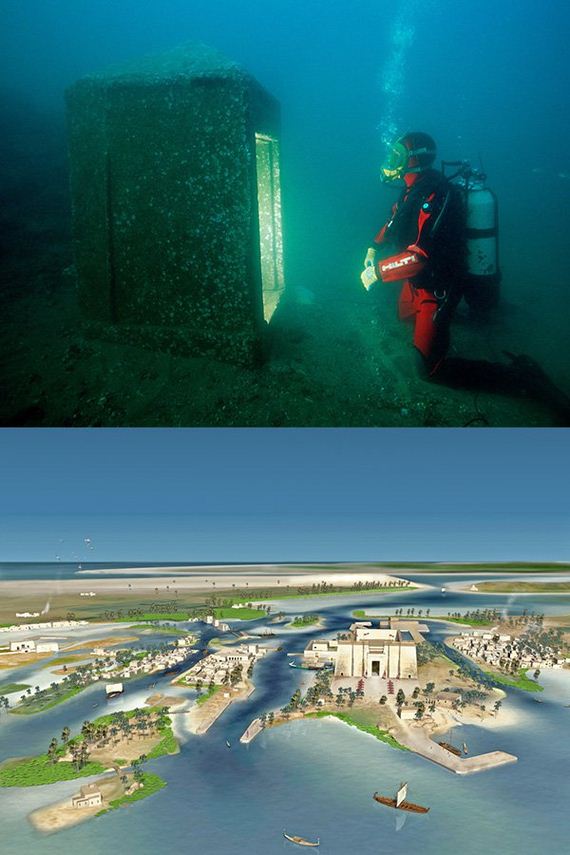 Just a few years later another lost Egyptian city was found by Goddio and his team. Thonis-Heracleion, a city that both Greek and Egpytian legend described as a grand port of trade between the Mediterranean and Nile River. The Temple of Amun could be found there and it’s thought that natural disasters caused the sea to swallow the entire city in the 8th century A.D. Objects found included statues, a giant temple, and even ceramic pottery pieces that furthered the notion that the city was very wealthy.

According to Goddio, “It was the port of entry to Egypt, so all trade had to go through the city. Furthermore, it possessed a temple where every pharaoh had to go in order to receive the title of their power, as universal sovereign, from the supreme god Amun. So it was very wealthy.” 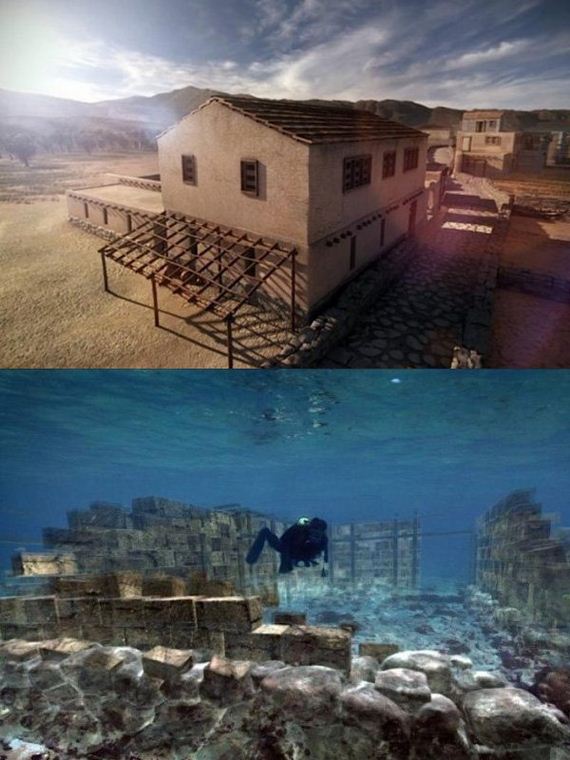 Pavliopetri is one of the world’s oldest sunken cities and lies beneath the Mediterranean Sea near Laconia in Greece. It’s thought to be about 5,000 years old, and some believe it could even be the inspiration for Plato’s Lost City of Atlantis due to the fact that it’s the first underwater city that predates the legend.

Discovered in 1967 by Nicholas Fleming, it’s a huge discovery because its outline is almost completely intact. According to Dr. Jon Henderson from the University of Nottingham, “The site is unique in that we have almost the complete town plan, the main streets and domestic buildings, courtyards, rock-cut tombs and what appear to be religious buildings, clearly visible on the seabed.” Henderson and his team used solar technology to map it thoroughly enough that they can now get a good idea of what the city would have looked like in its prime.

Pavlopetri is thought to have been fully submerged during an earthquake or tsunami, but either way the city went underwater and never reemerged, leaving it perfectly preserved in its original state. 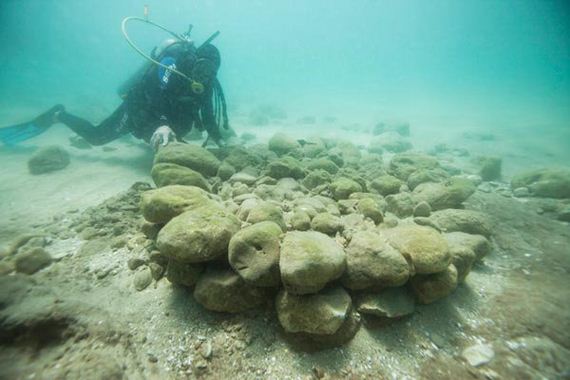 Another lucky find happened in 1984 when marine scientists found the 7,700-year-old remains of a sunken city while searching for shipwrecks. They later found that the site had rectangular house and a circular stone well, meaning Atlit-Yam may have been one of the earliest-known villages that used agricultural and marine resources for survival, sometime between 6900 and 6300 BC. They also found the remains of the first confirmed humans to have died of tuberculosis as well as the first evidence of olive oil.

The city is believed to have been abandoned after a volcanic collapse created a tsunamic swell. It’s often been called the “Neolithic Atlantis.” 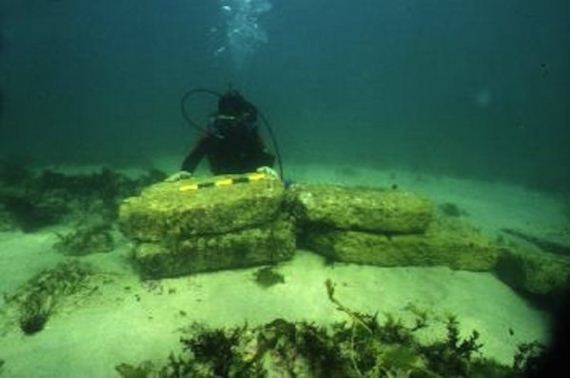 Pavlopetri might be one of the oldest sunken cities, but Dwarka, meaning “gateway to heaven,” could very well be THE oldest sunken city. In 2002 scientists accidentally stumbled upon the city in India’s Gulf of Cambay while measuring pollution levels. Later divers recovered human artifacts from the site such as beads and pottery. However, the craziest part is that they also found teeth that were reportedly carbon-dated to as old as 9,500 years.

According to the BBC, ancient civilization experts say that finding a sunken city of this scale questions the established achaeological theory that cities this large weren’t known to exist before Mesopotamia was built 4,500 years ago.

The city, which may have sunk after the last ice cap melt almost 10,000 years ago, is sacred to several religions such as Buddhism and Hinduism and was thought to be the home of the Hindu god Krishna. 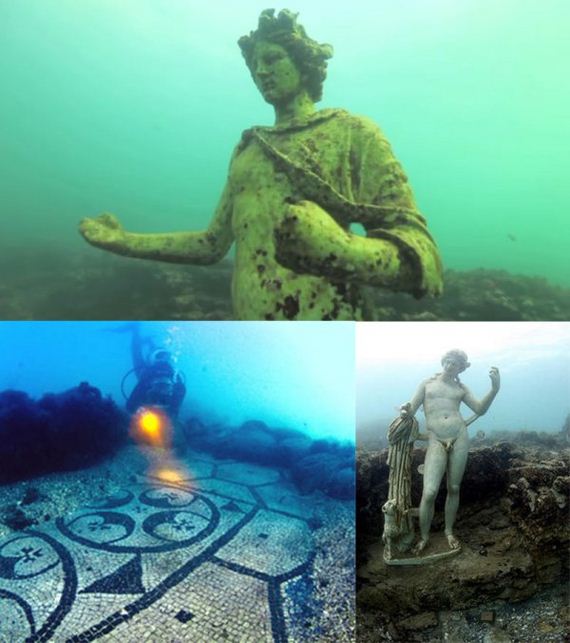 The Roman city of Baiae was once a hotspot for powerful people, including Julius Caesar, Caligula and Marcus Cicero. It was something of a pleasure resort and quite possibly had the ancient equivalent of a Las Vegas casino. Barbarians wrecked the city in the 8th century A.D. and it was mostly abandoned, and then it was completely abandoned after malaria arrived a few centuries later.

Volcanic activity is thought to have sunk the city sometime later. Recovery began in the 1920s during construction at Port Venero when sculptures and imperial insignias were revealed. However it wasn’t until the 1960s that an actual survey of the area was taken. It is now one of the world’s only official underwater parks where divers can get up close and personal with the ancient sunken nymphaeum.