If you go digging in your own backyard you might be surprised by what you find.

A Ferrari
In 1978, two kids were digging in the ground in their backyard in Los Angeles and suddenly stumbled upon a Ferrari Dino 246 GTS. When the police excavated the car, they determined it had been stolen. The theft and the burial that followed were probably part of an insurance scam. The Ferrari was handed over to the insurance company and then sold at auction.
Unfortunately, resting in the ground didn’t do the car any good. 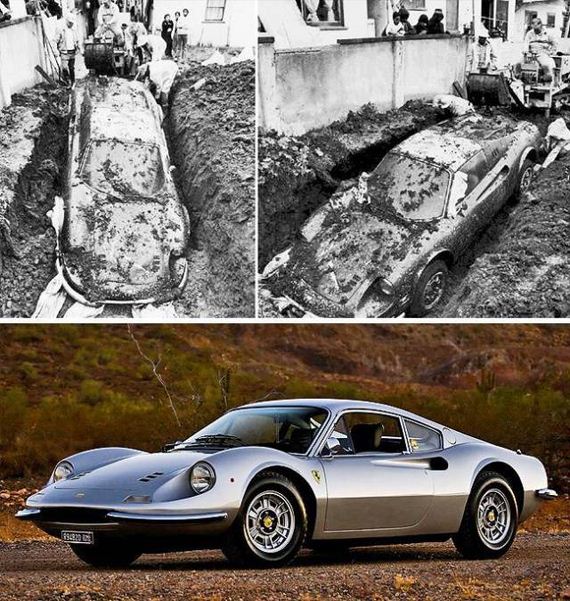 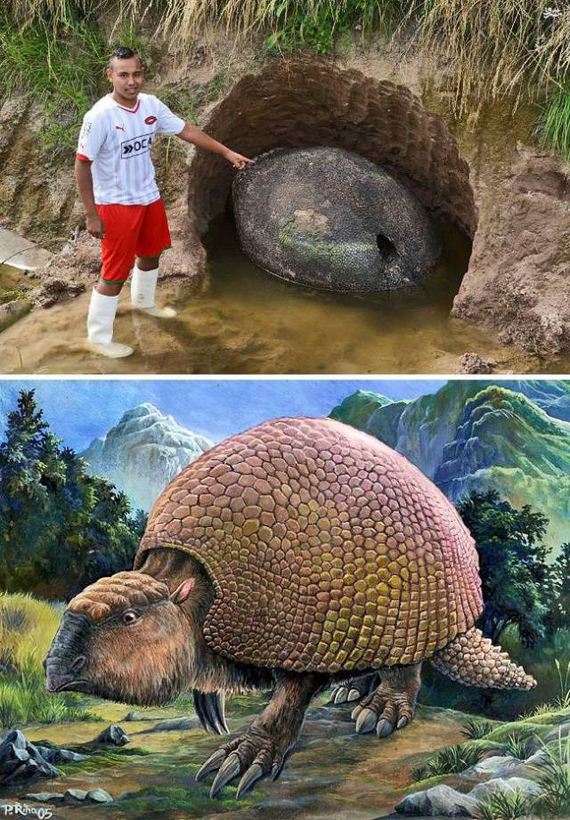 Medieval treasure
In 2007, Andreas K. from Austria found a whole treasury in his backyard: there were about 200 jewelry items, such as rings, brooches, buckles, and silver platters.
The man put it all into a box and carried the fortune into his cellar, forgetting about it for two years. He only remembered about it when he decided to move house. When experts assessed the jewelry, they determined it was about 650 years old. Andreas gave it all to the local museum as a gift. 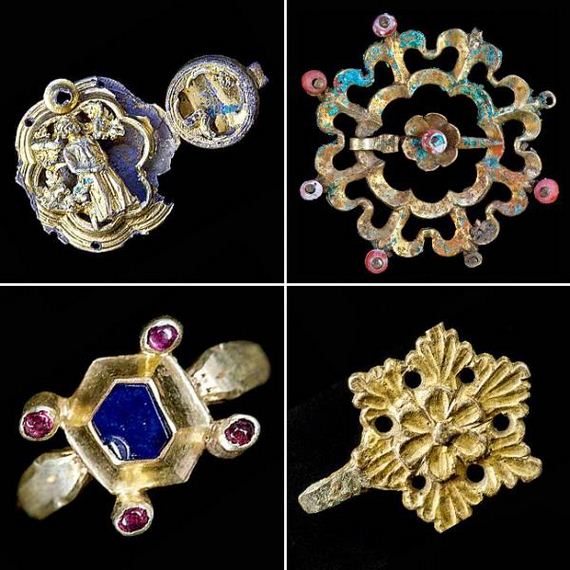 Meteorites — six times in a row
This man didn’t even have to search for anything. Would you agree that the chances of a meteorite falling into your backyard are very slim? Well, Radivoje Lajic from Bosnia was (un?)lucky enough to have 6 of them fall almost onto his porch, despite all mathematical predictions.
Scientists from the University of Belgrade confirmed they were actual meteorites, and they currently investigate the magnetic activity around Lajic’s house to understand the cause of this anomaly.
And Lajic himself has recently decided to reinforce his roof with steel bars — just in case. 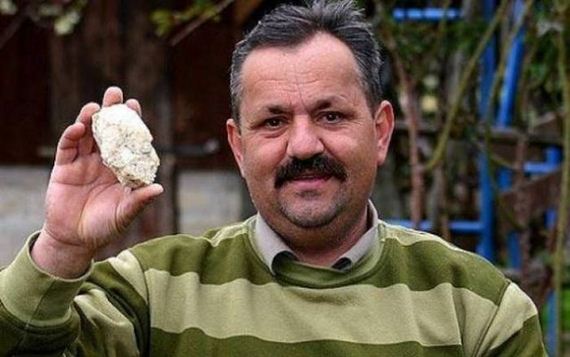 A perfectly preserved bomb shelter
When Chris and Colleen Otcasek bought their house in California, they knew about an anti-radiation bomb shelter in the backyard, built during the Cold War. An engineer who’d lived in the house previously constructed it for himself.
Chris and Colleen thought that after more than 50 years there’d be nothing left of the shelter, but they couldn’t have been more wrong: it was in perfect condition, complete with paper towels, sleeping pills, tin cans, coffee, books, and magazines. 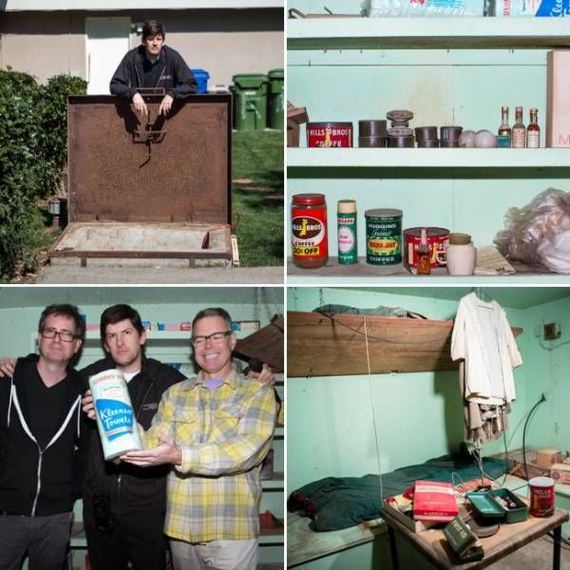 A tunnel to the Great Pyramid of Cheops
One of the residents of El Haraneya village, near the legendary Giza Plateau in Egypt, was digging in his backyard and stumbled upon a mysterious tunnel. This was probably a hidden passage to the largest and oldest of the three Giza pyramids — the Great Pyramid of Khufu (Cheops).
The tunnel was described by Herodotus, the Ancient Greek historian who had visited Egypt. 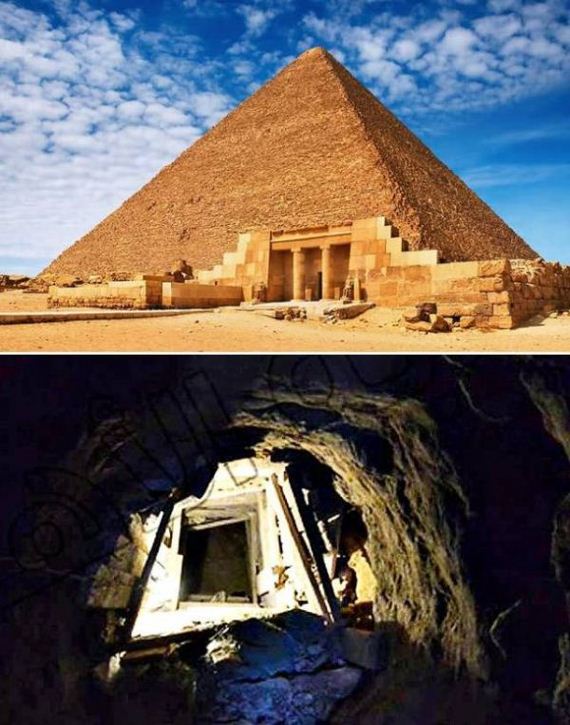 Thousand-year-old bones of an Indian
Ali Erturk, a 14-year-old boy from Salt Lake City, made a gruesome discovery in 2014. He was digging a hole for a pond in his yard and found human bones in the ground.
The boy’s father called the police at once, and a forensic test showed that they were the remains of an American Indian who had lived there about 1,000 years earlier. Archeologists continued excavating in the yard, and they think they’ll find Indian burial grounds which will help them understand more about ancient cultures.
We can’t help but wonder what it’s like to realize that your home stands on an old Indian cemetery? 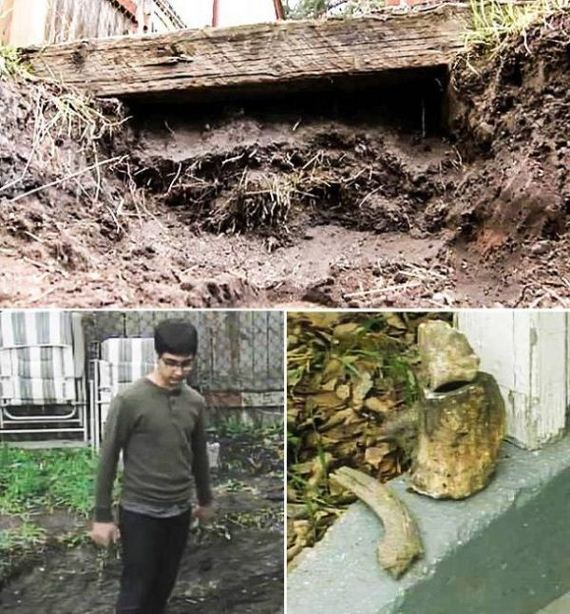 A bag with $175,000 worth of marijuana
In December of 2012, Mack Reed from Los Angeles decided to install solar batteries on the roof of his house. When he opened his cellar, he discovered a bag full of jars, packs, and envelopes with marijuana.
Apparently, when Reed was not home, someone trespassed into his backyard and hid the drugs. Later it was determined that the cost estimate of the bag was about $175,000.
Reed left a note to the criminals in case they returned, saying, “We’ve found the bag and called the police. They confiscated the drugs and put my house under surveillance. Sorry.” 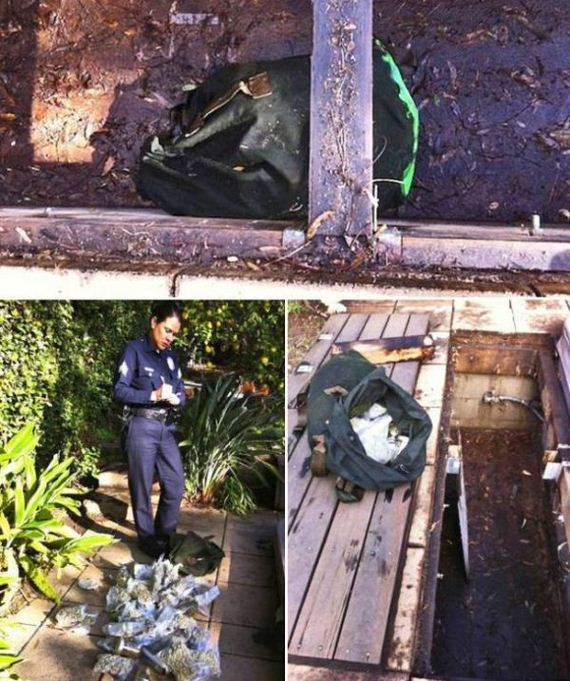 One of the biggest hidden treasures in US history
In 2013, a married couple found hidden treasure while walking their dog in their own backyard. They saw a rusty box sticking out from the ground and found gold coins inside. Eight more boxes were dug up, full of coins minted from 1847 to 1894. The nominal value was $27,980.
The coins were perfectly preserved, and some of them were apparently never used. The couple sold most of the coins at auction.
No one knows how those boxes happened to be in their backyard. The find was nicknamed “Saddle Ridge Hoard,” and its total value is about $10 million. 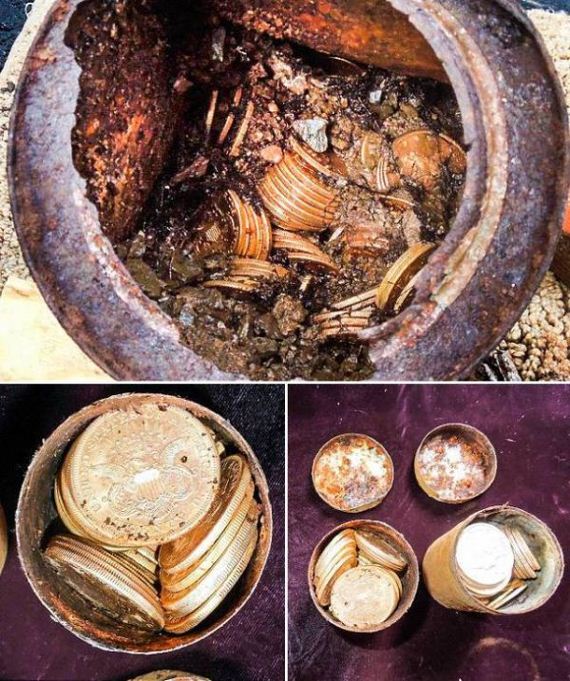 Dinosaur remains
In 1997, John Lambert from Ipswich, England, decided to build a fence around his house. While digging, he hit a large bone with his shovel, but he didn’t pay attention and took it to his barn, forgetting about it for 16 years. In 2013, he finally brought his find to specialists, and it turned out to be a bone of a pliosaurus — a giant sea serpent that inhabited the Earth 60-250 million years ago. 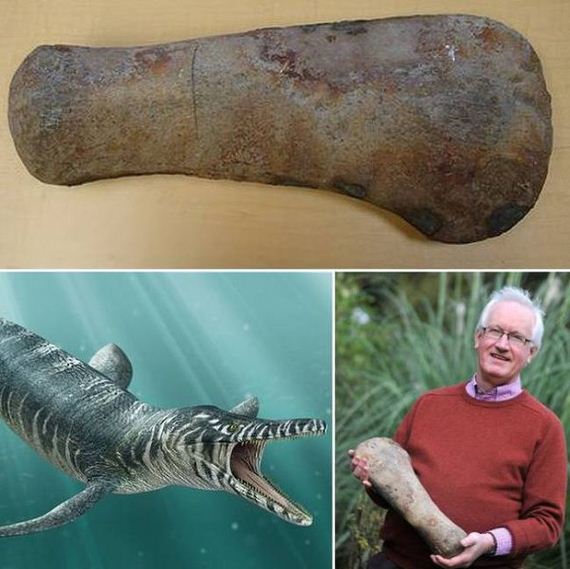