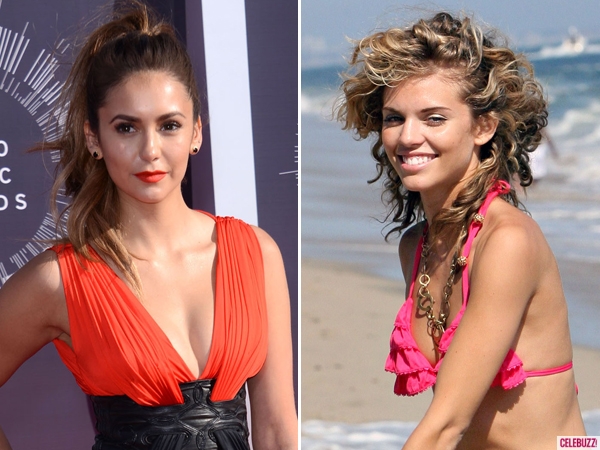 On Thursday, private never-before-seen photos of Nina Dobrev, AnnaLynne McCord and The Real Housewives of Miami star Joanna Krupa began surfacing on platforms such as 4chan and Reddit. Though the photos of Dobrev — most famous for her role on The CW’s The Vampire Diaries — featured the actress clothed, naked photos of McCord and Krupa were circulated around the Internet.

Other stars said to be affected by this round of leaked nudes include Leelee Sobieski and Aly Michalka. According to a “master list” shared on 4chan, hackers are in possession of stolen photos and videos from over 100 celebrities.

More than a dozen celebrities who were hacked are threatening to sue Google for profiting off the photos that were posted online without consent. The search engine have since responded, releasing a statement reading, “We’ve removed tens of thousands of pictures, within hours of the requests being made, and we have closed hundreds of accounts. The Internet is used for many good things. Stealing people’s private photos is not one of them.”