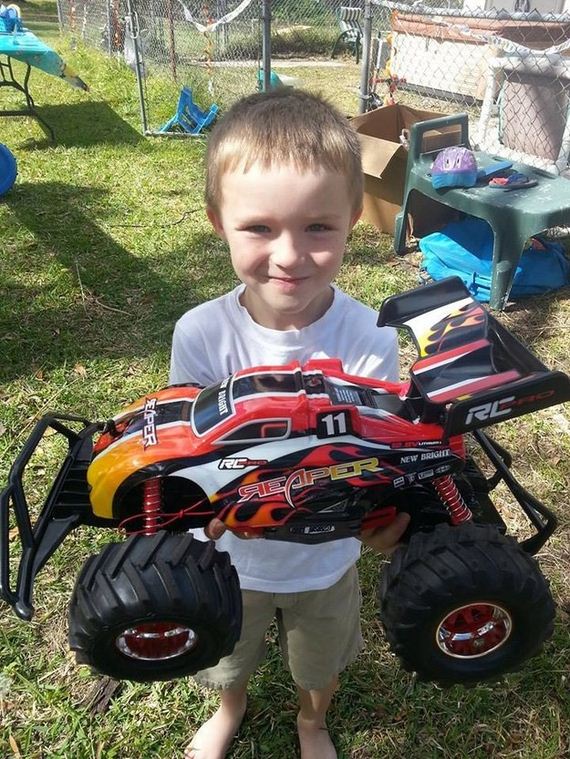 This is Glenn Buratti, a 6-year-old from Osceola County, Florida. He has mild autism and epilepsy. Earlier this month, his mom Ashlee threw him a birthday party, inviting 16 children from his class. No one showed up.

After posting on the group, 15 children from the area and their parents turned up, but not just them. 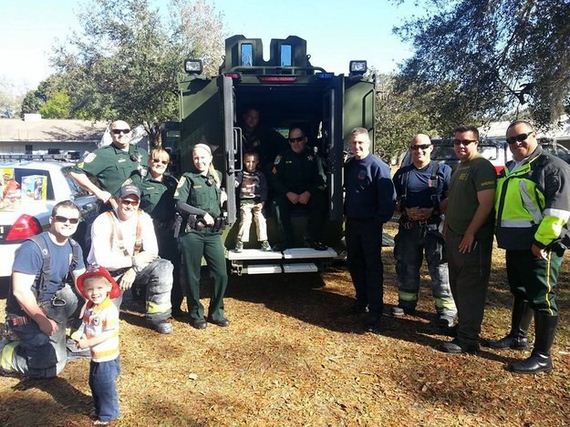 Firefighters and police officers from the community started pulling up to the house. 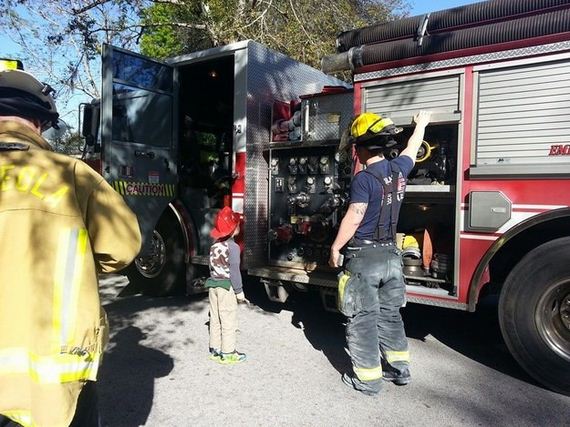 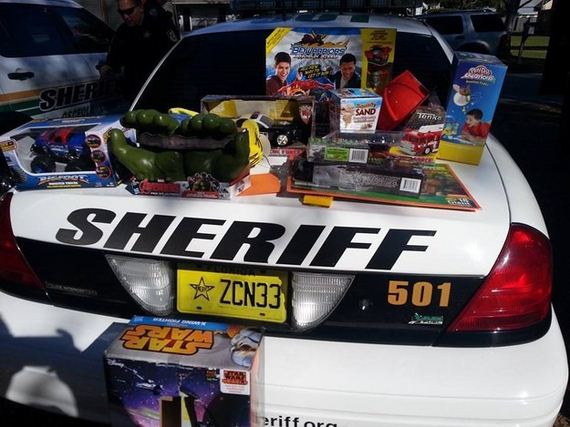 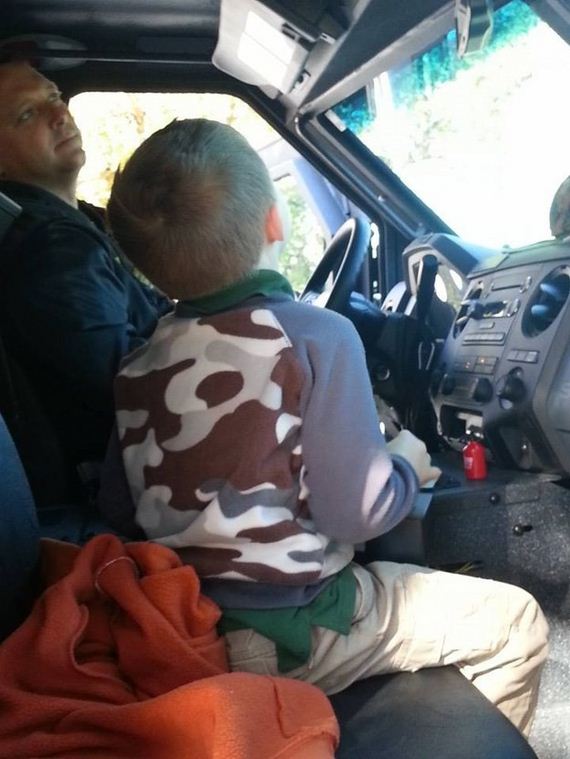 “I’m sure the neighbors were peeking out of their windows or taking cover,” Glenn’s dad John wrote on Facebook. 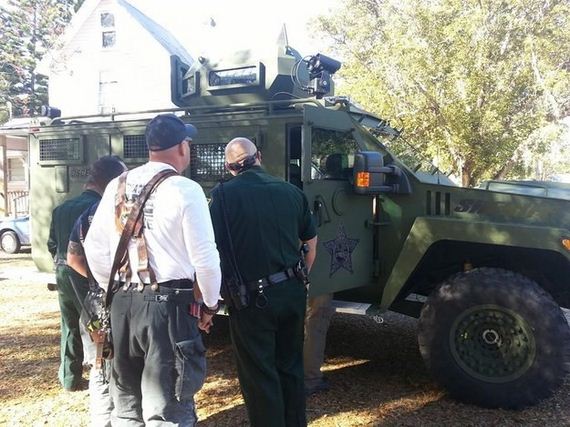 “Such an amazing thing for our local law enforcement and fire fighters to do for us,” he wrote. 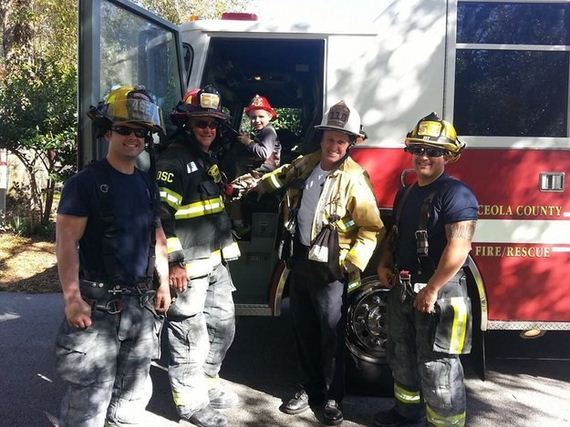 The Osceola County Sheriff’s office even flew a helicopter low enough over Glenn’s party that the pilot was able to wave at him. 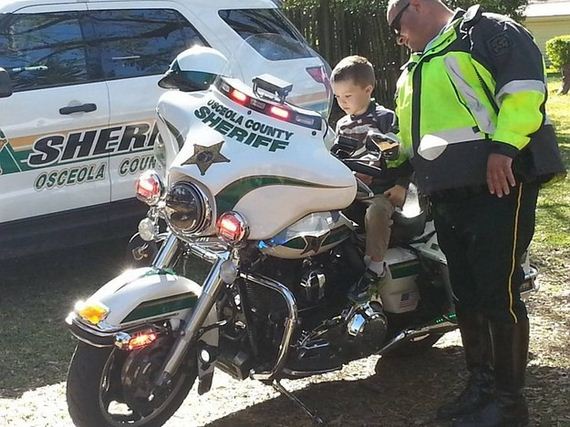 Sometimes when you ask the internet for help they actually come through! 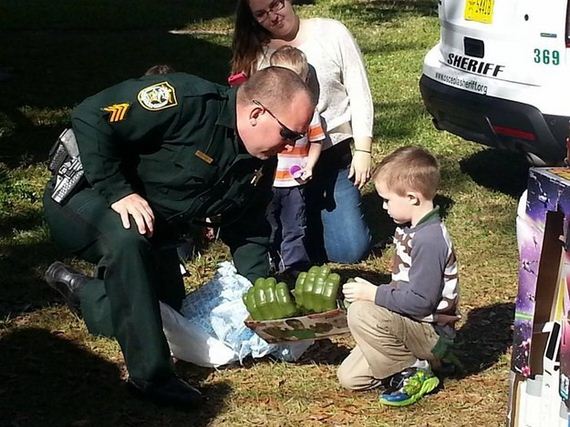