This is Ollie, the newest member of the Carlson family and proud owner of his own custom cat bed 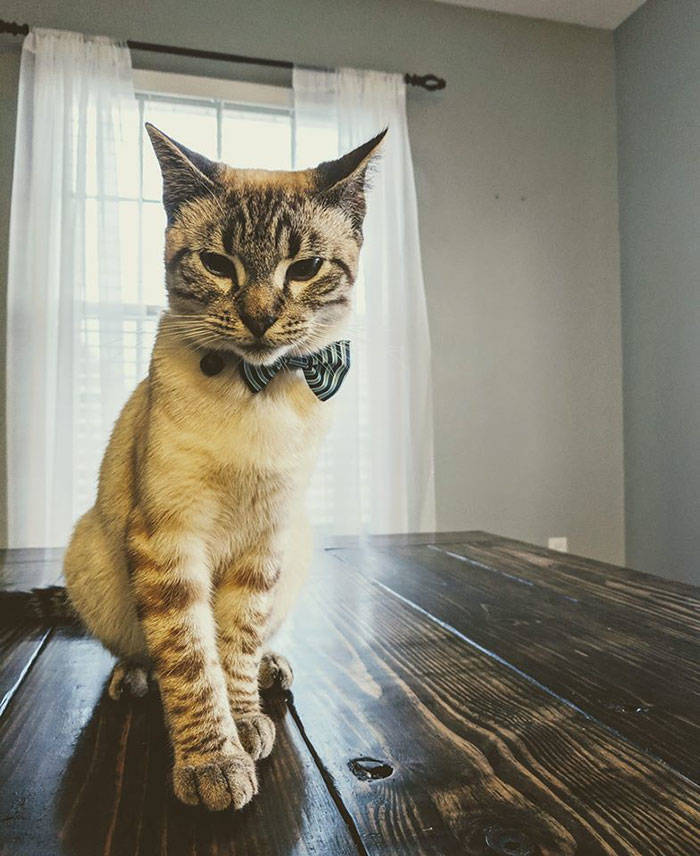 Julia wrote on her Facebook page that the cat was a surprise from Chris: “Chris always said we’d never get a pet because they’re too much work and commitment. Well, he told me he was going grocery shopping and instead he went out and adopted this guy.” Not only did her husband buy the cat but, to the surprise of Julia, created a special place in their home just for Ollie to catch some zzz’s.

“Husband said he was going to make a bed frame. I thought it was for our new mattress…. It was for the cat” 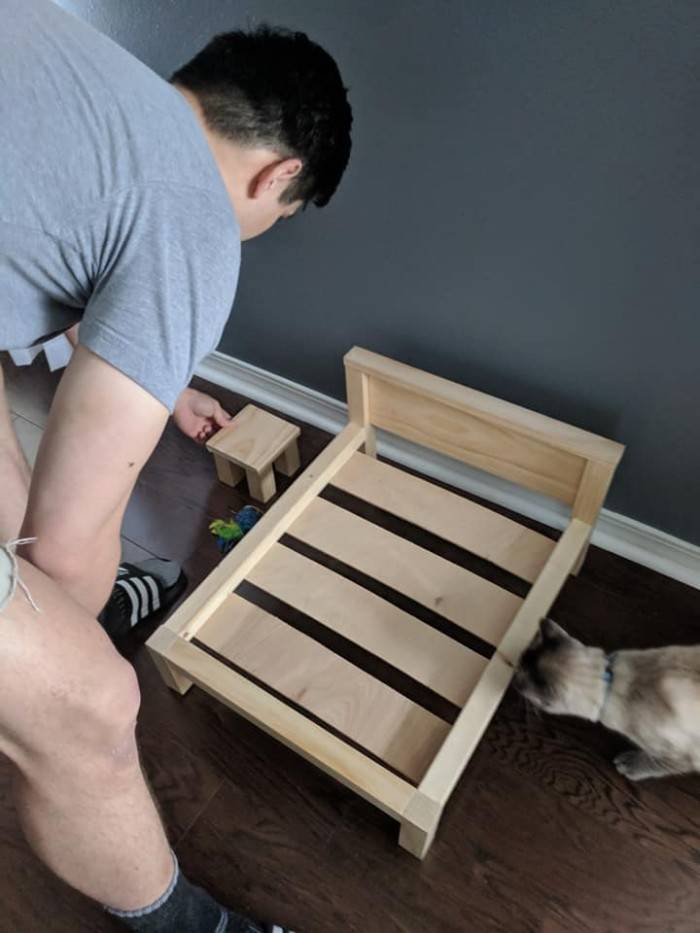 “Guys, Chris said, ‘okay I’m gonna go make the bed now,’ and I’m like yessss we’ll finally have a bed frame for our new mattress. I check on him an hour later and he has built A MINIATURE BEDFRAME AND SIDE TABLE FOR THE CAT. I’m dying.” 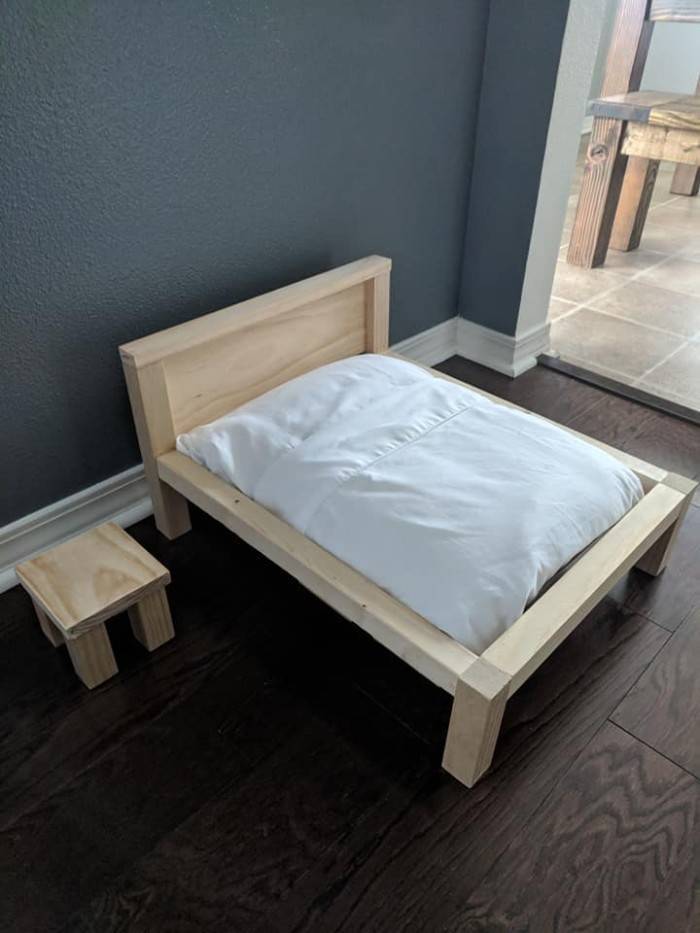 Chris told the idea was spur of the moment, “My wife had been searching online for cat teepees and things like it, so I knew she’d find it hilarious.” His not alone with his creative cat ideas, companies and pet owners seem to always think of innovative ideas for the perfect feline bed and for a good reason. Healthy cats spend 16 to 20 hours per day sleeping. 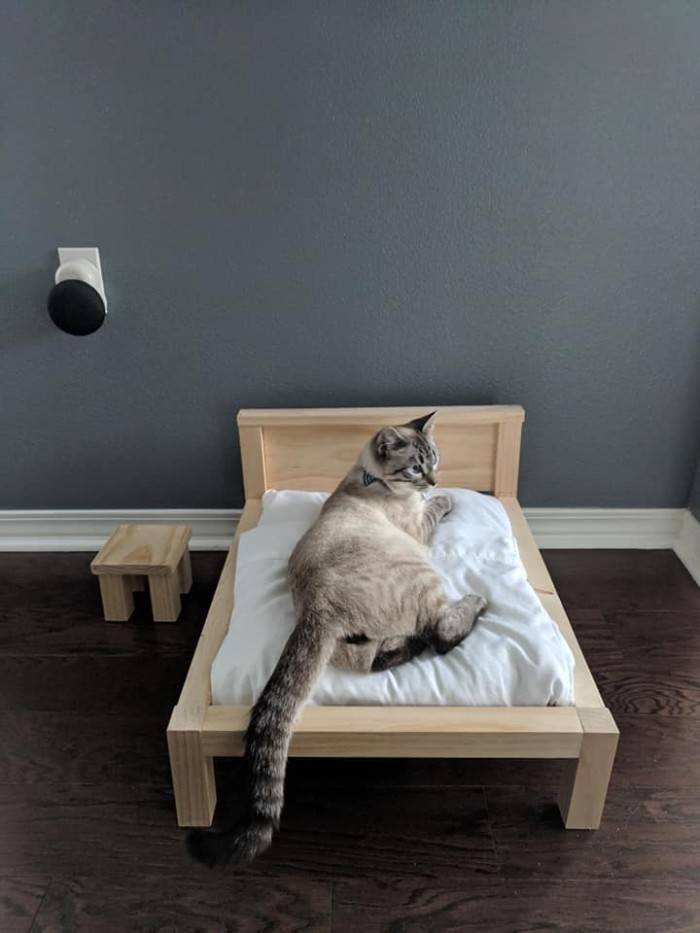 Ollie’s bed is so much more than a prank and shows off the workworking skills he’s acquired over the years. “I’ve dabbled in woodworking as a hobby for close to a decade!” said Chris, “I’m self-taught with the help of YouTube DIY pages.” 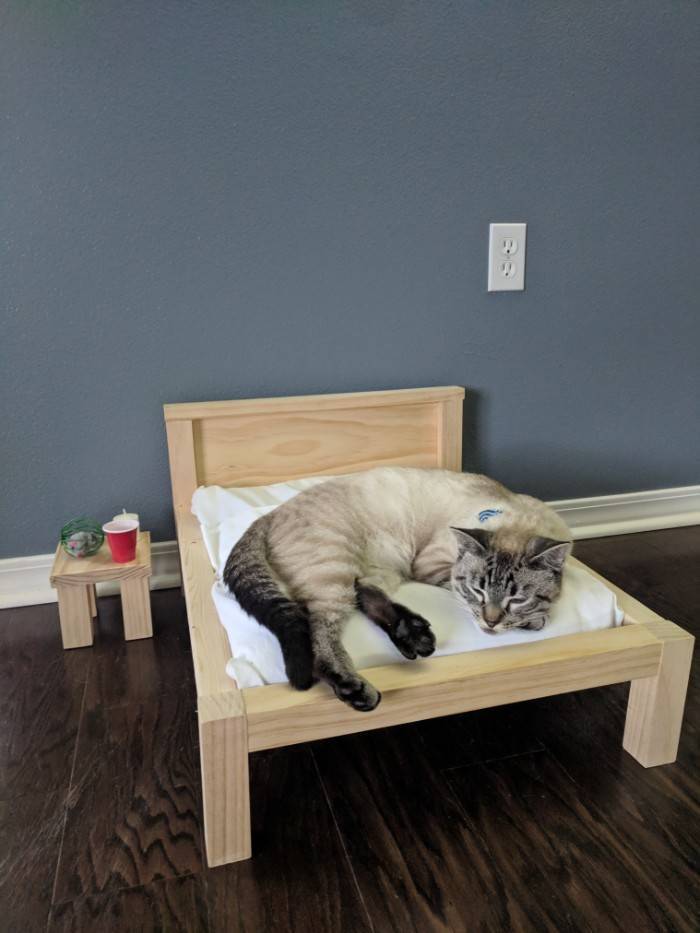 This particular DIY project took the craftsman about an hour, “I had some scrap 2x2s, 1x6s, and 1×2 of select pine for the headboard and frame and some 1/4in plywood for the slats and used pocket holes and wood glue to hold it all together.” and added, “The best part was my wife thinking I was making OUR Cali King sized bed frame. When she came to check on me around the end of the building process, she immediately snorted and started hysterically laughing.” 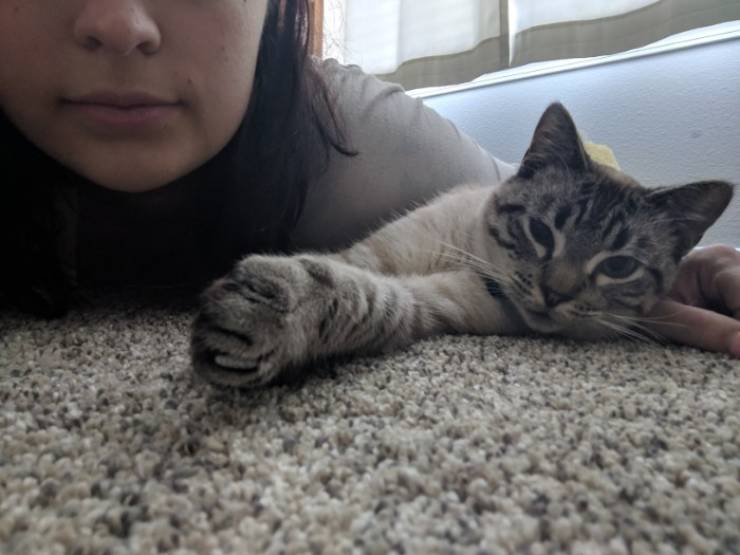 To share the hysterical prank they posted on Facebook and Reddit and received an overwhelming response. “We were very surprised it went viral. We spent about 6 hours on that Sunday periodically checking how many upvotes, likes and shares it got and just laughing at how THIS is what made us go viral.” 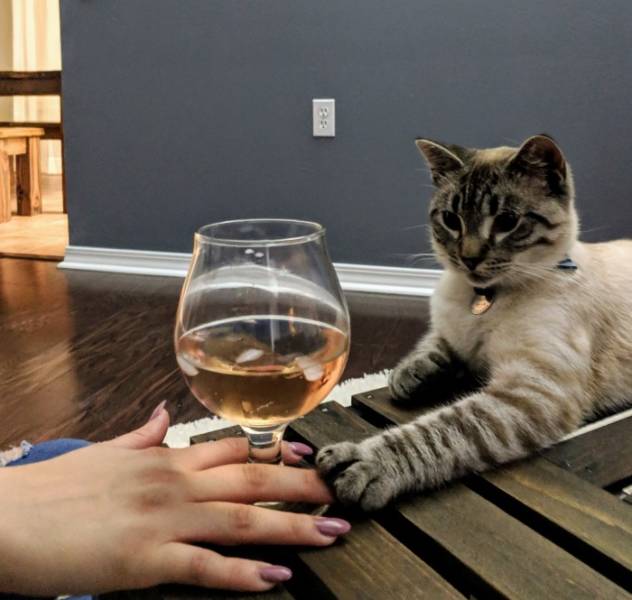 Not only did the internet think the idea was entertaining but of course wanted one for themselves, “I have gotten hundreds of requests for cat beds now that the pictures went viral on Reddit and Facebook.”

People in the comments were impressed by the miniature bedroom set 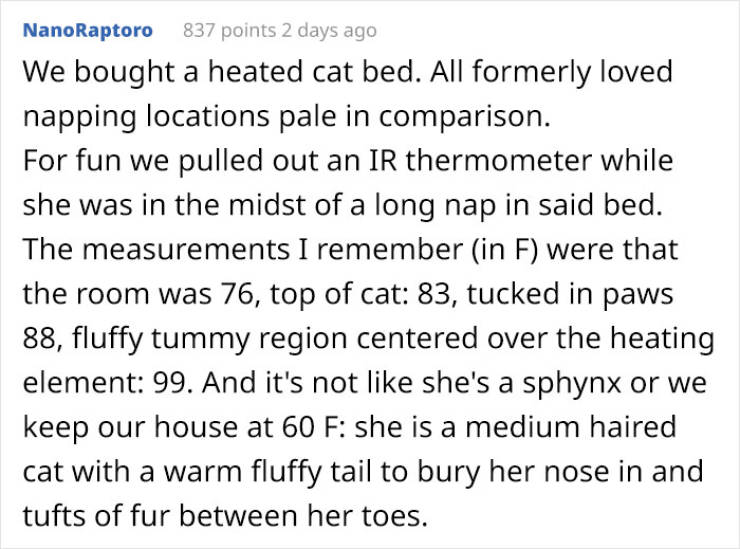 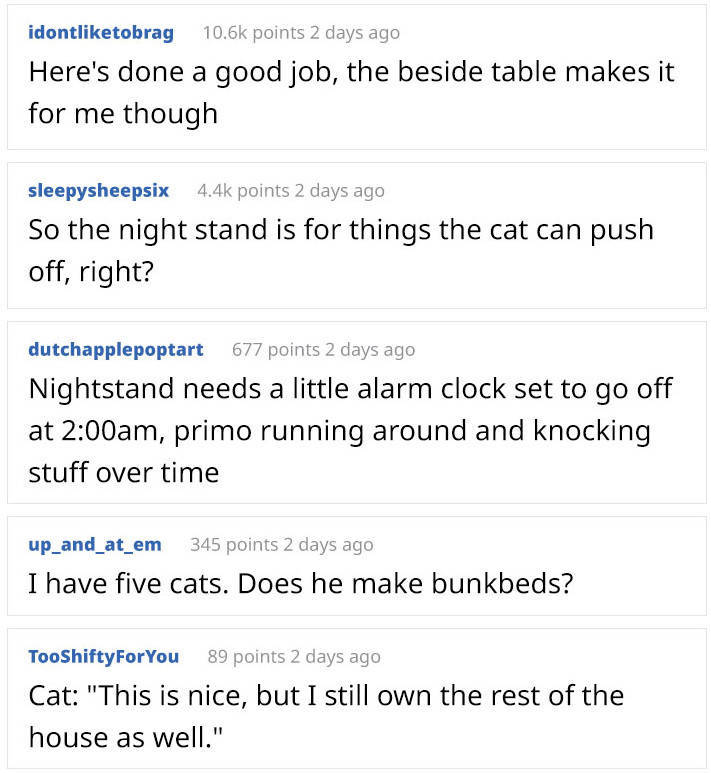 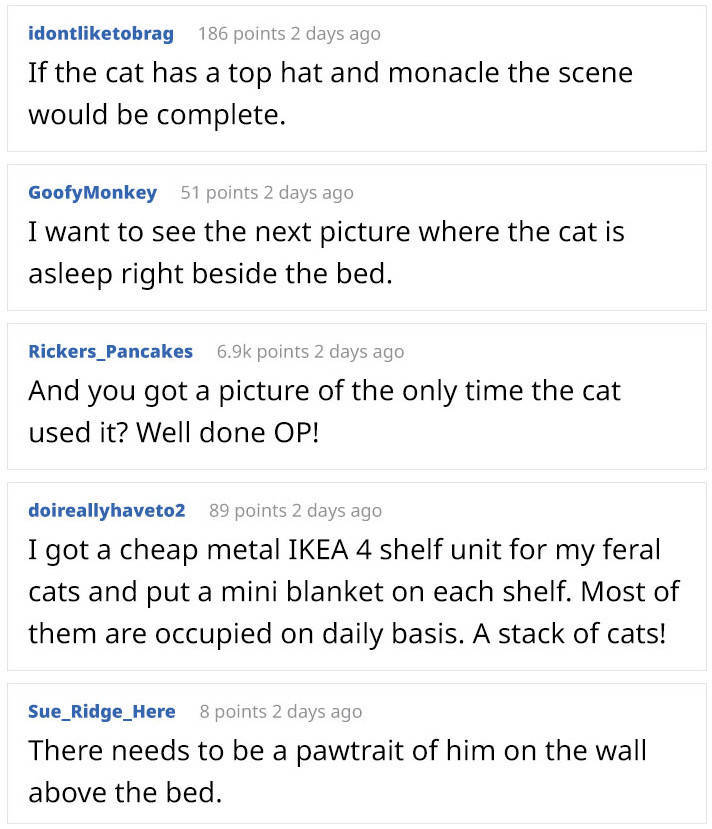