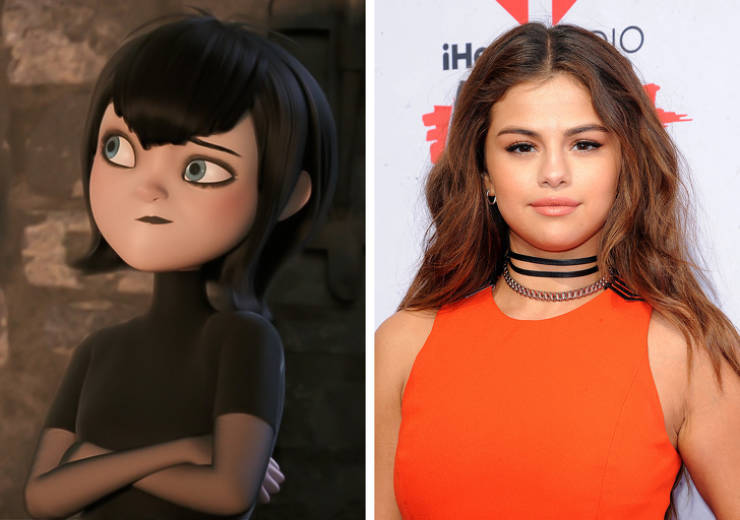 Interestingly, it was Miley Cyrus who initially was supposed to voice Mavis, but in the end, Selena Gomez got the role.
Barley from Onward — Chris Pratt 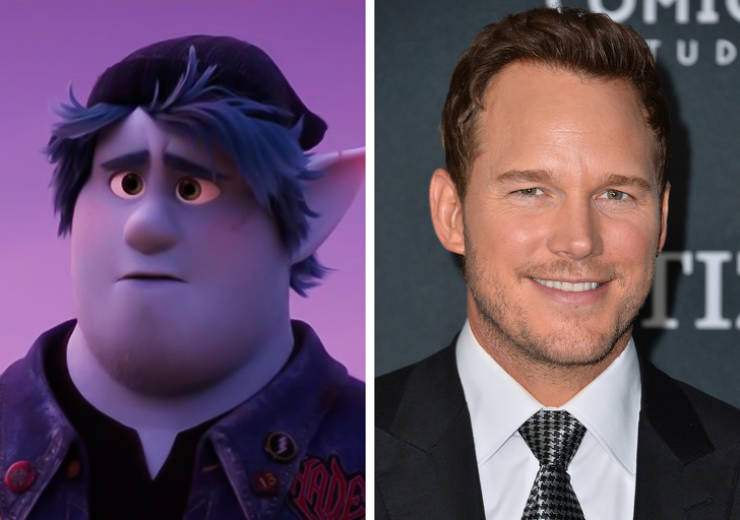 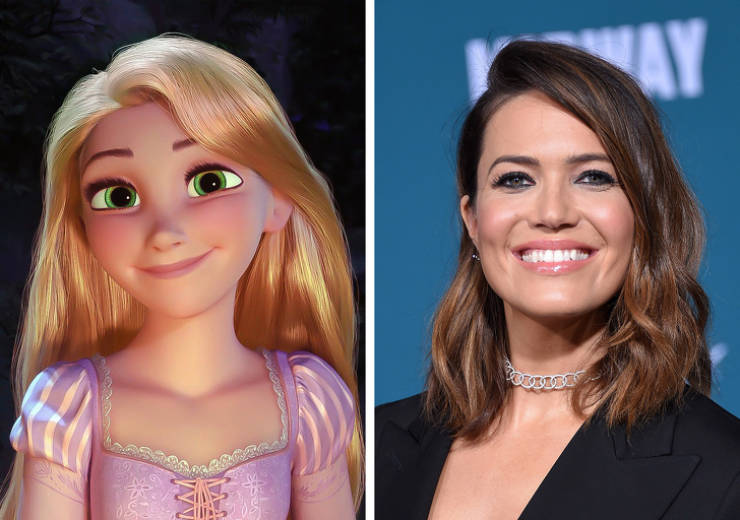 It turns out that Mandy Moore only met Zachary Levi, who voiced Eugene, when they had to record their duet song. She never met Donna Murphy who voiced Mother Gother, her character’s mother.
Vanellope from Wreck-It Ralph — Sarah Silverman 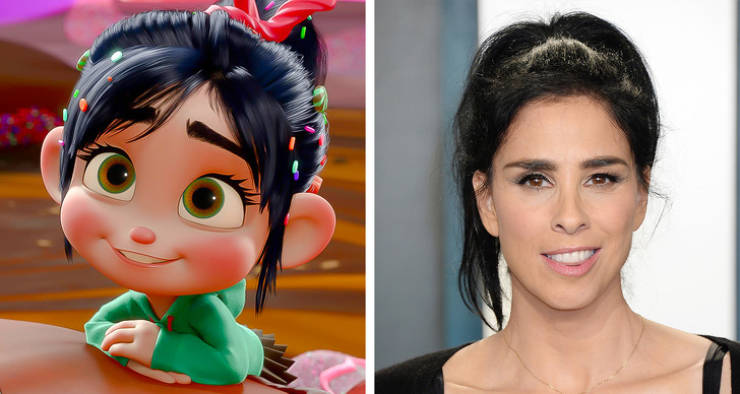 The character of Vanellope was inspired by Sarah Silverman’s memoir, The Bedwetter: Stories of Courage, Redemption and Pee, and because of that, the director cast her as the character.
Hiccup from How to Train Your Dragon — Jay Baruche 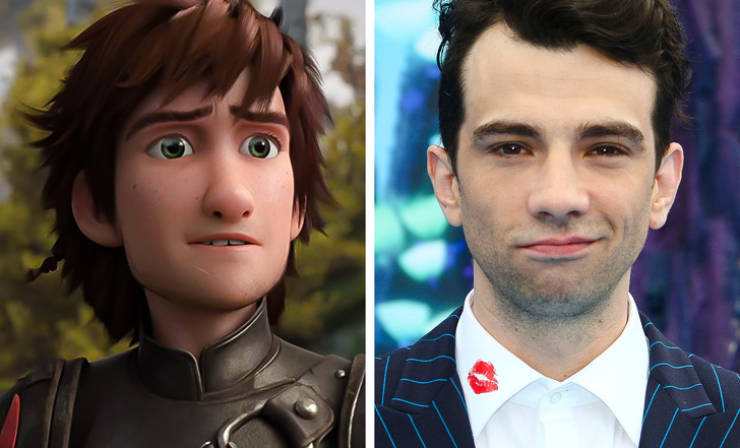 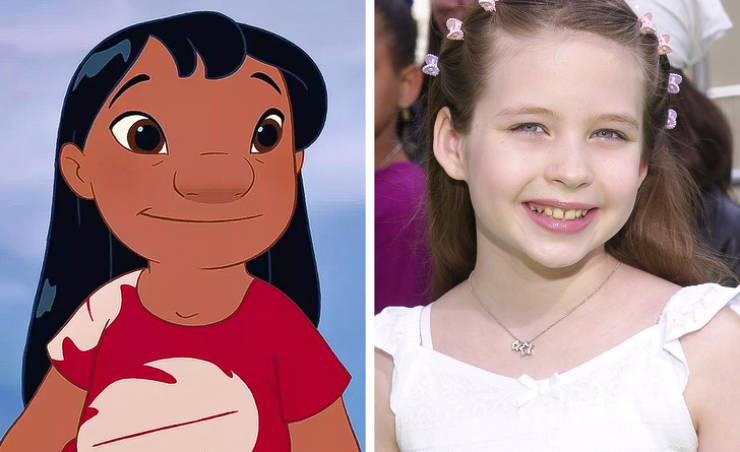 Riley from Inside Out — Kaitlyn Dias

At first, Kaitlyn Dias was just a scratch voice for Riley, which means her voice was used for the development stage and the character would later be recast for the final movie. However, the producers liked her so much, they kept her as the actual voice of Riley.
Tiana from The Princess and the Frog — Anika Noni Rose 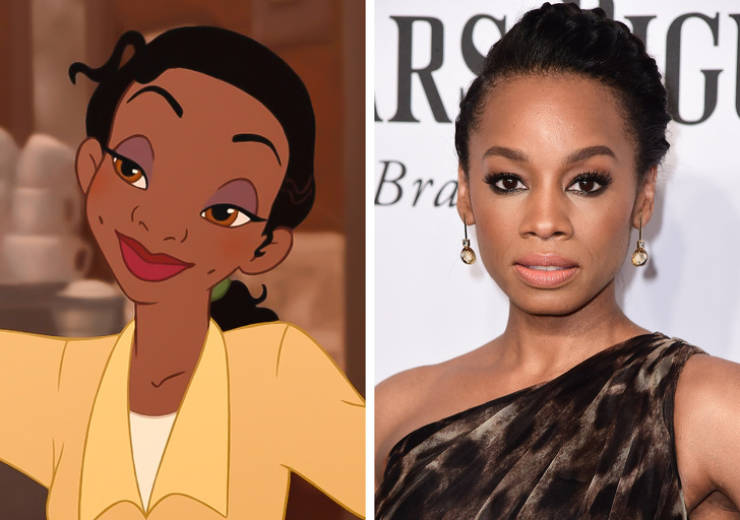 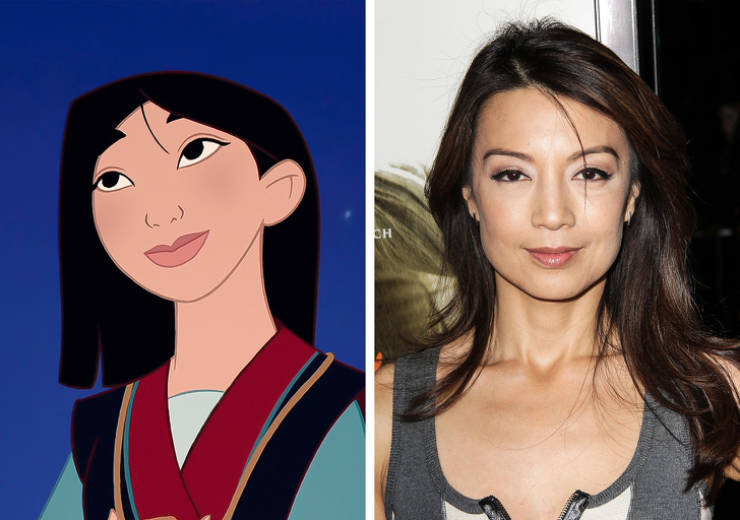 Mulan’s songs are performed by a different actress, Lea Salonga. She auditioned for the actual voice as well, but it was decided her voice wasn’t deep enough, so the speaking part went to Ming-Na Wen.
Moana from Moana — Auli’i Cravalho 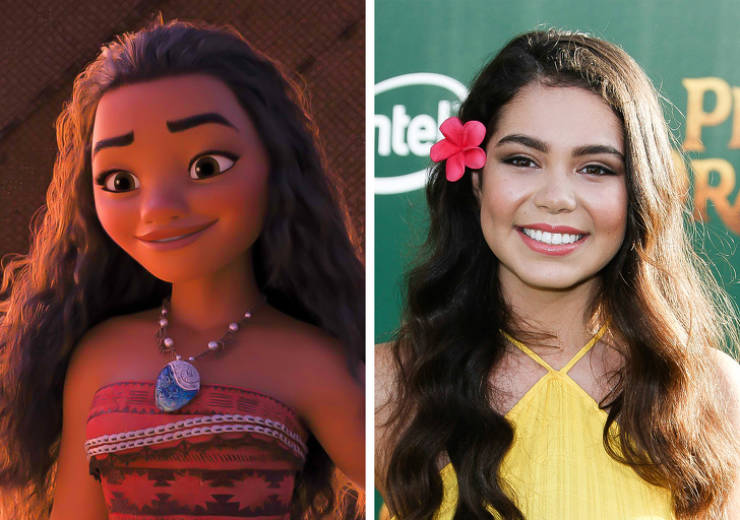 The role of Moana was Auli’i Cravalho’s acting debut. She landed the role as a result of Disney’s global casting.

She met her co-star, Dwayne “The Rock” Johnson who voiced Maui for the first time on a photoshoot after all the voice work was finished.
Judy from Zootopia — Ginnifer Goodwin 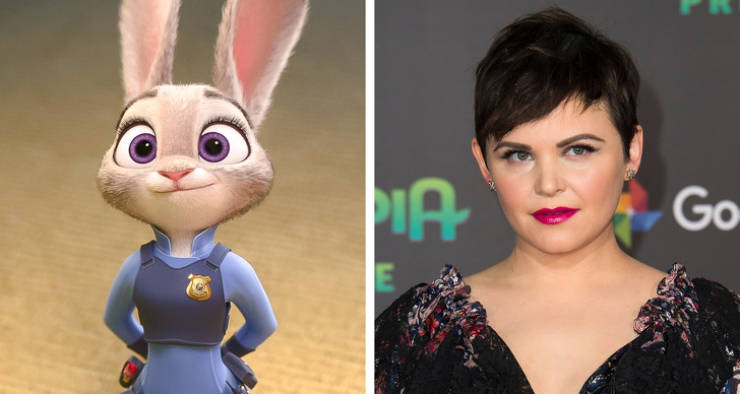 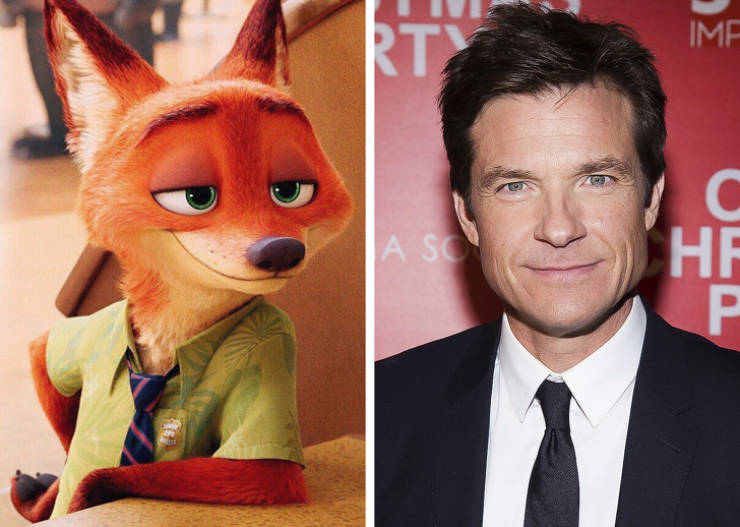 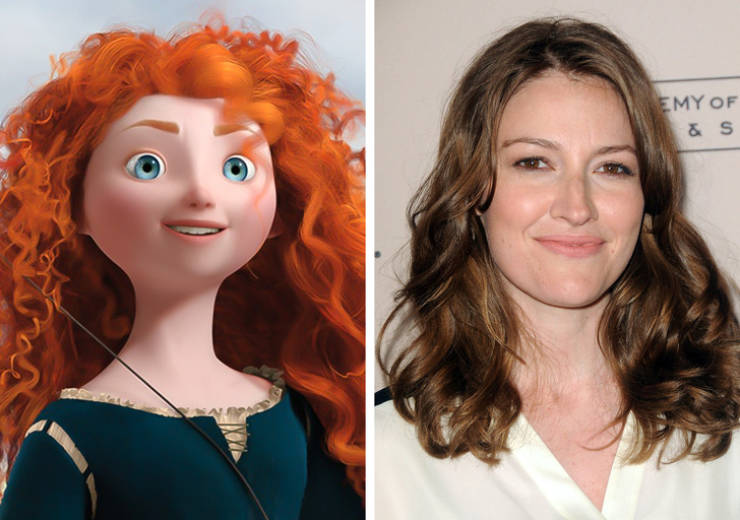 Kelly Macdonald got the role after Reese Witherspoon declined it due to scheduling conflicts.
Miguel from Coco — Anthony Gonzalez 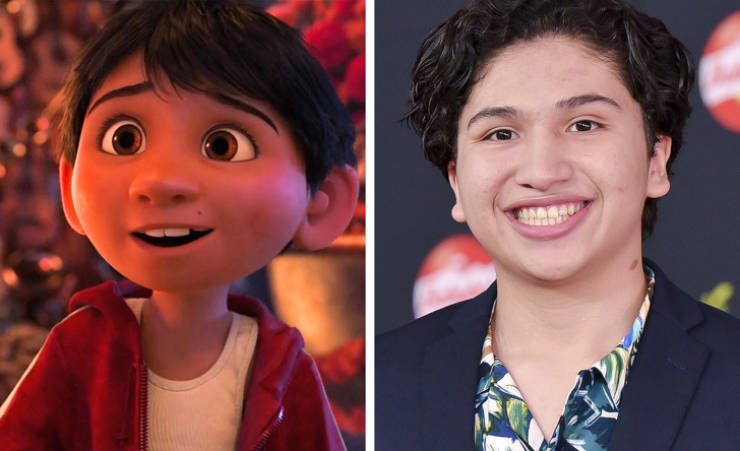 Originally, Miguel only had to play guitar, not sing. But when the director found out that Anthony Gonzalez was a great singer, he decided to use this talent in the movie and Miguel got to sing.
Baymax from Big Hero 6 — Scott Adsit 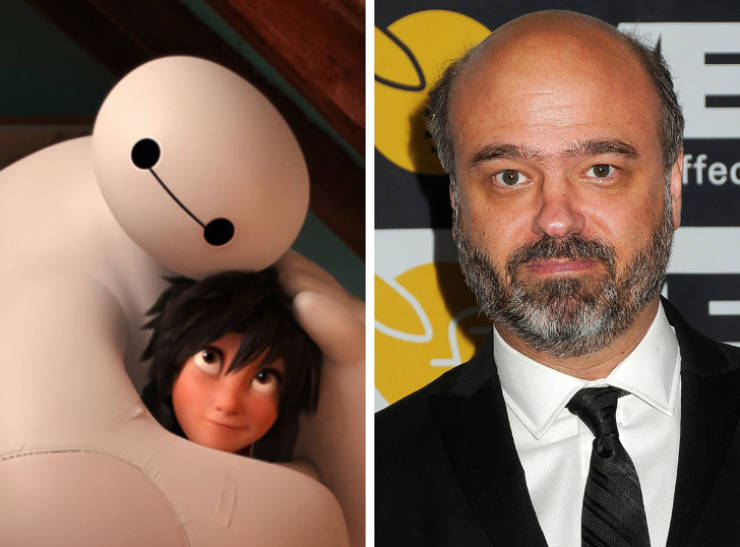 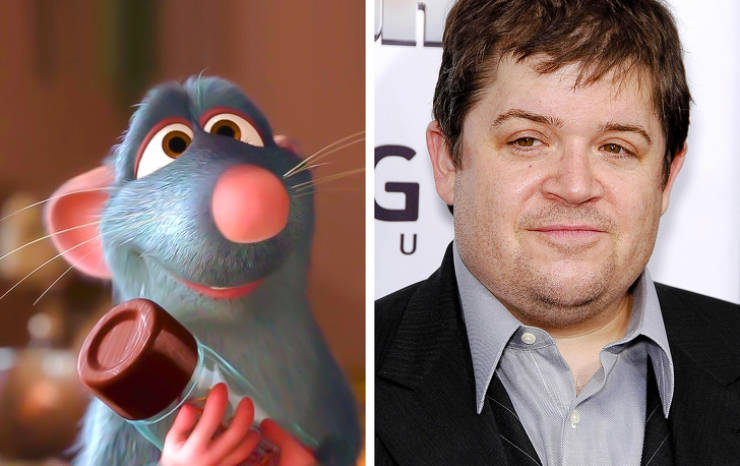 Patton Oswalt was cast after Brad Bird heard his stand-up routine about the menu at the Black Angus Steakhouse.
Gru from Despicable Me — Steve Carell 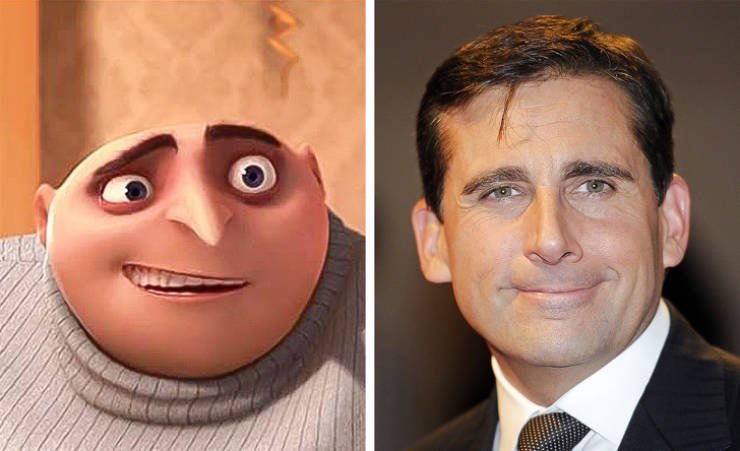 Movie producers only wanted comedic improvisational actors in the cast, and Steve Carell was one of them. The actors were also filmed while reading their parts and some of their movements and facial expressions were animated.
Violet from The Incredibles — Sarah Vowell 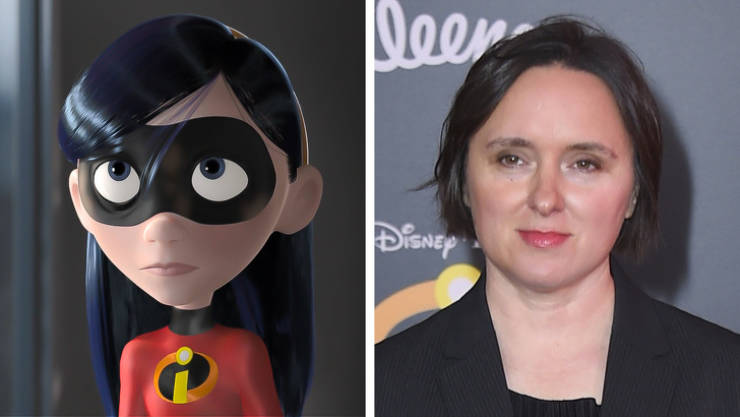 Writer and director of the movie, Brad Bird, heard Sarah Vowell on Public Radio International and felt her voice was perfect for Violet. He even had to convince her to take on the role.
Anna from Frozen — Kristen Bell 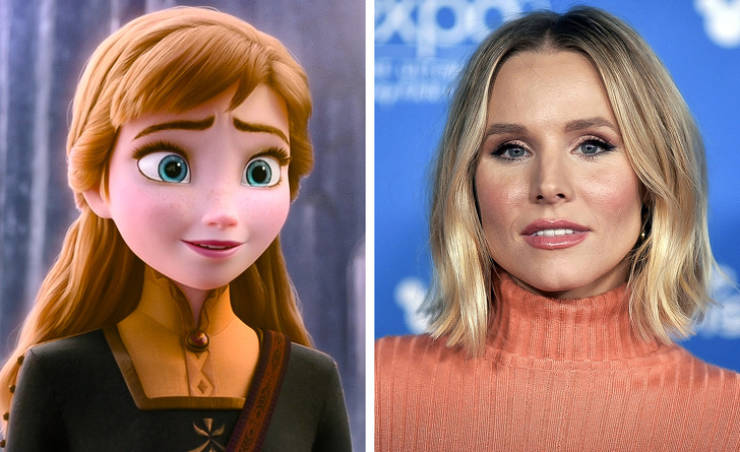 In this movie, Kristen Bell fulfilled her childhood dream to voice an animated character. She wished for it after she watched The Little Mermaid and Aladdin when she was little and even recorded them. By the way, these tracks helped her land the role of Anna.
Elsa from Frozen — Idina Menzel 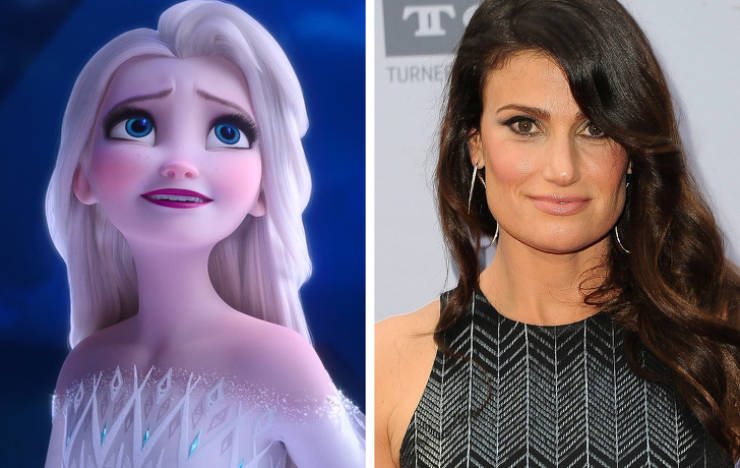 Idina Menzel auditioned for the role of Rapunzel on Tangled. She didn’t get the part that time, but a casting director recorded her audition and she got the role of Elsa 2 years later. 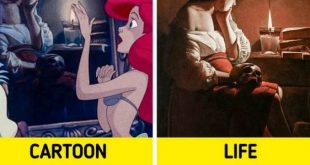