Captain America and Iron Man’s fight in Civil War was probably one of the most anticipated clashes in recent cinematic history. And while the two superheroes had a chance to duke it out in a brutal fight on screens, the actors behind these iconic characters only fight with words, and even then, in a joking matter only.

Robert Downey Jr. Is known for his jokes, especially funny social media post, so it’s no surprise that every once in a while he crack one at his friend, Chris Evans. Perhaps inspired by Christopher’s enormous love for all things Disney, Downey Jr. sent the Marvel co-star a pair of photos comparing the two to classic characters.

And it started a whole trend of trying to find similarities between the Disney superheroes and other Disney characters. So scroll down below to check them out and tell us what you think. 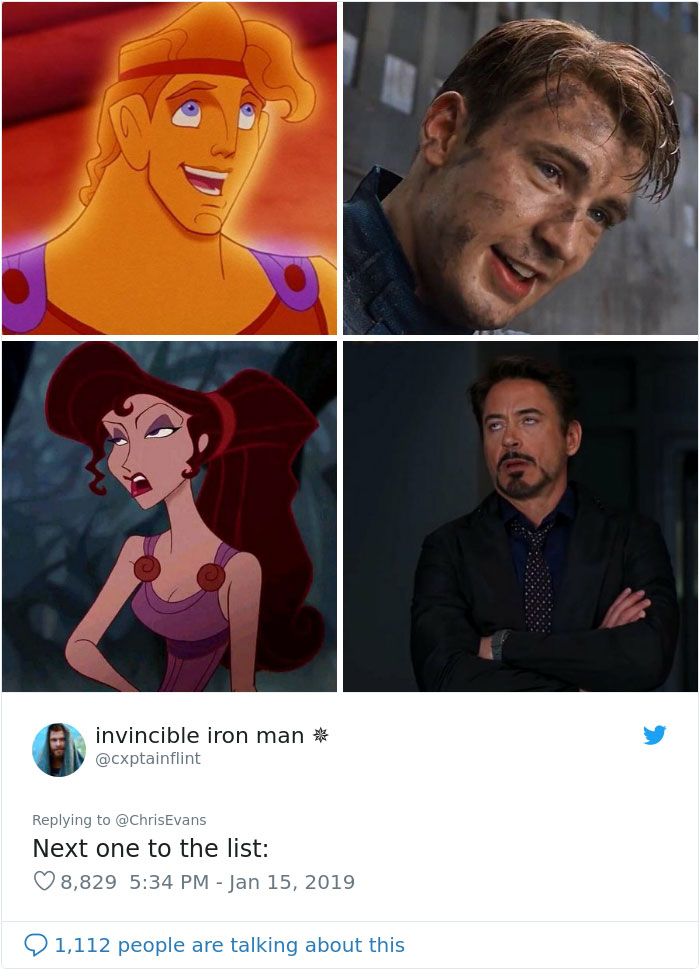 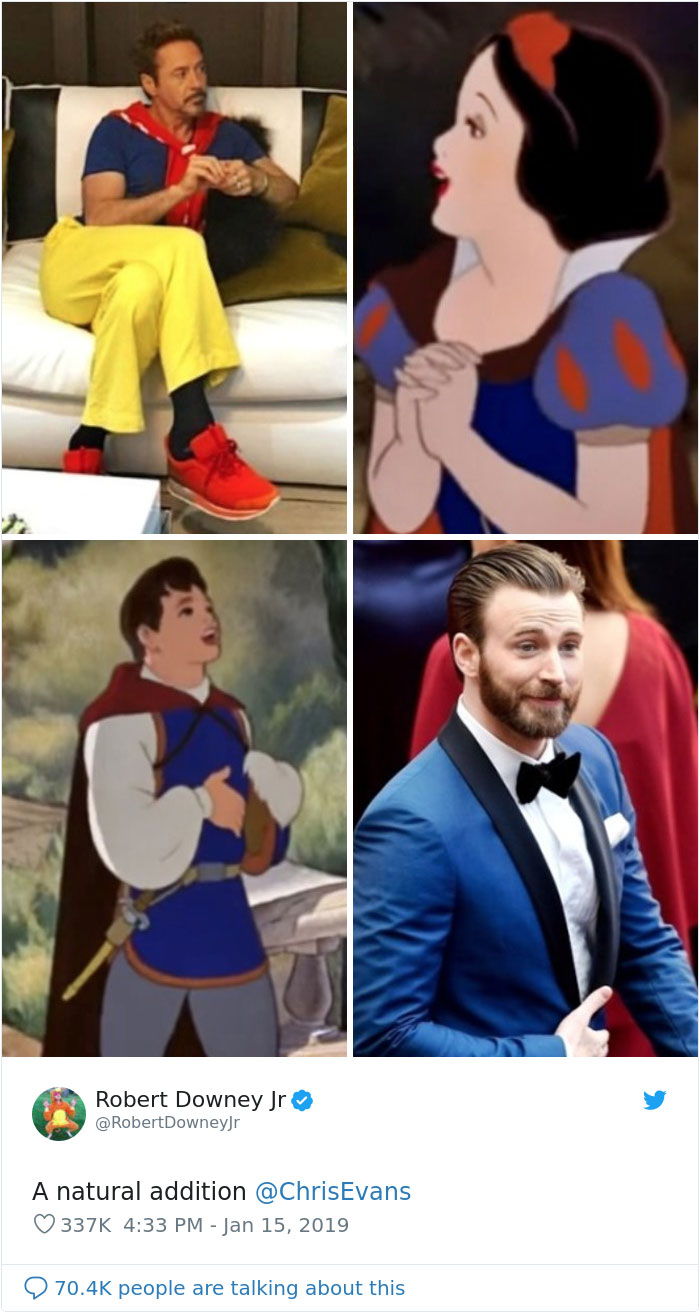 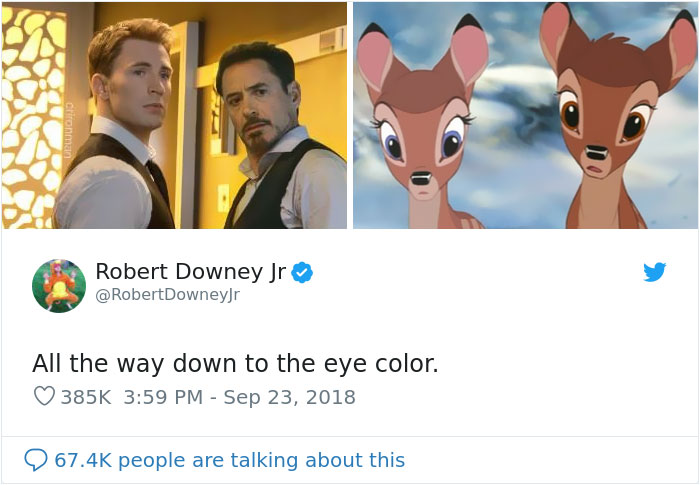 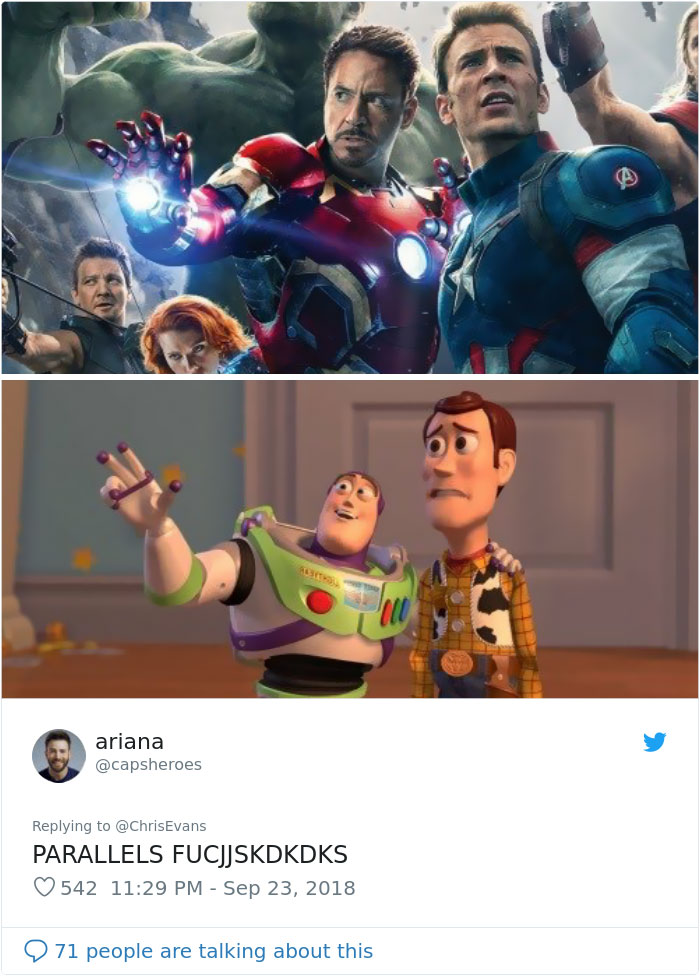 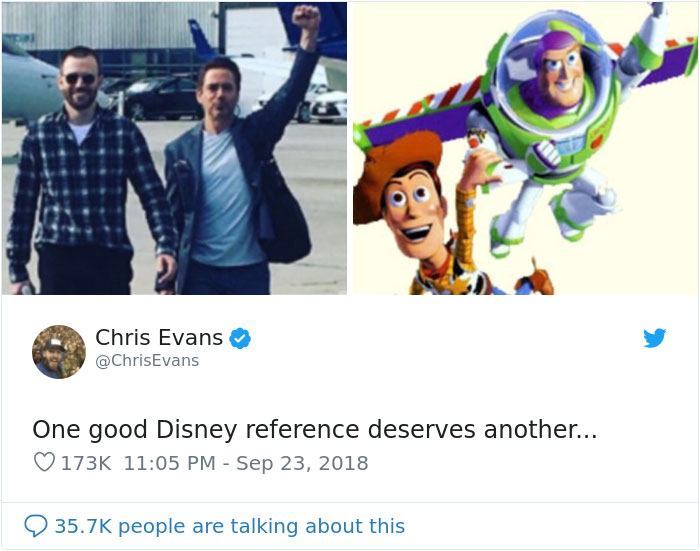 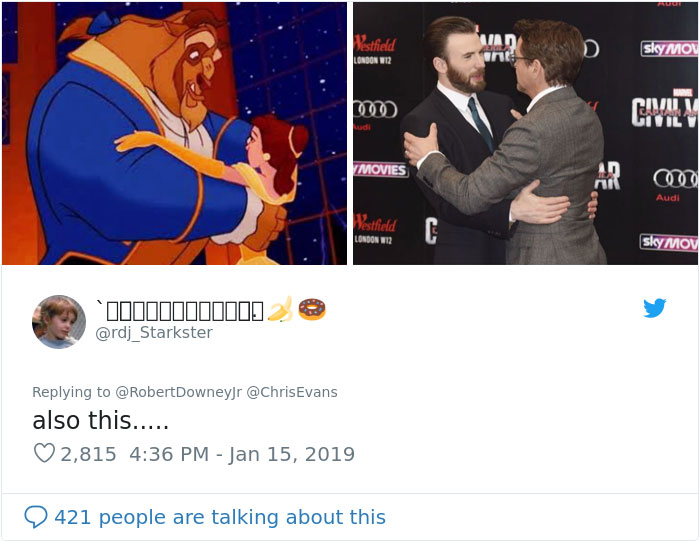 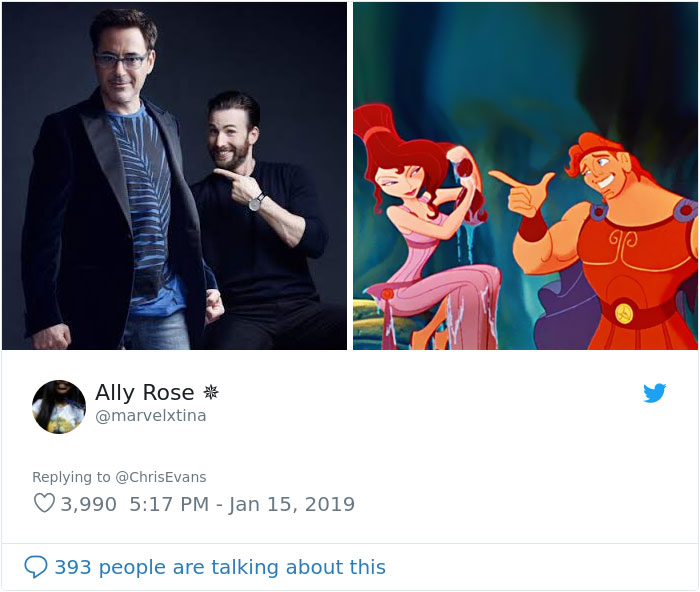 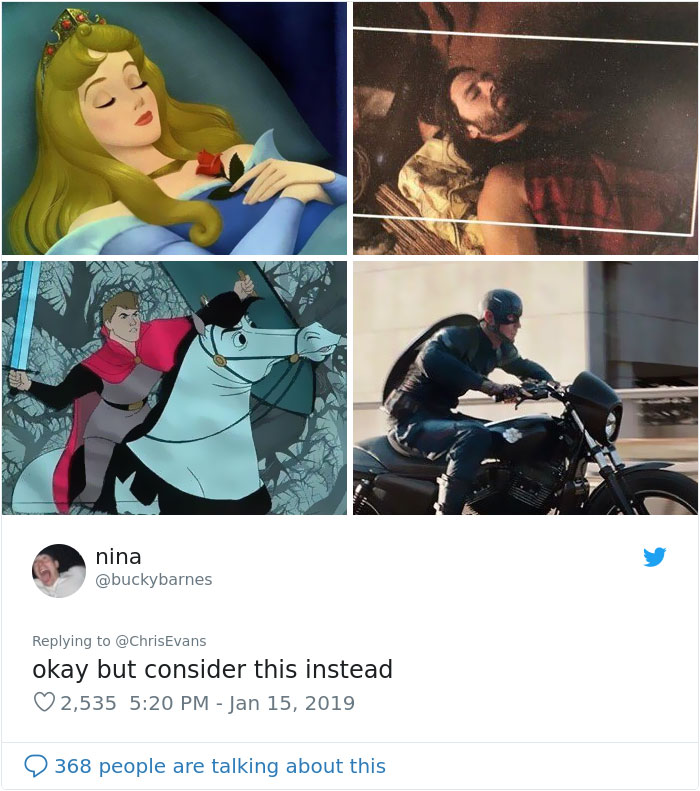 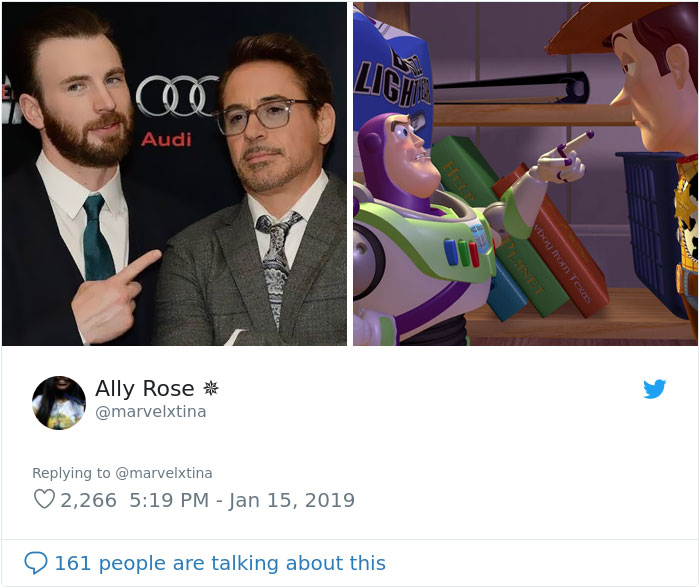 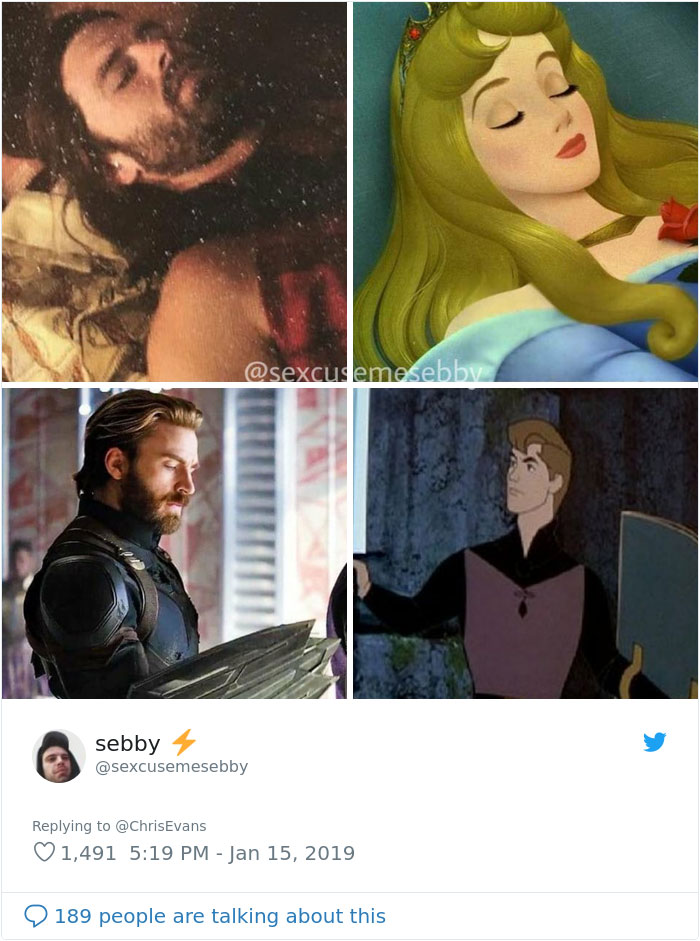 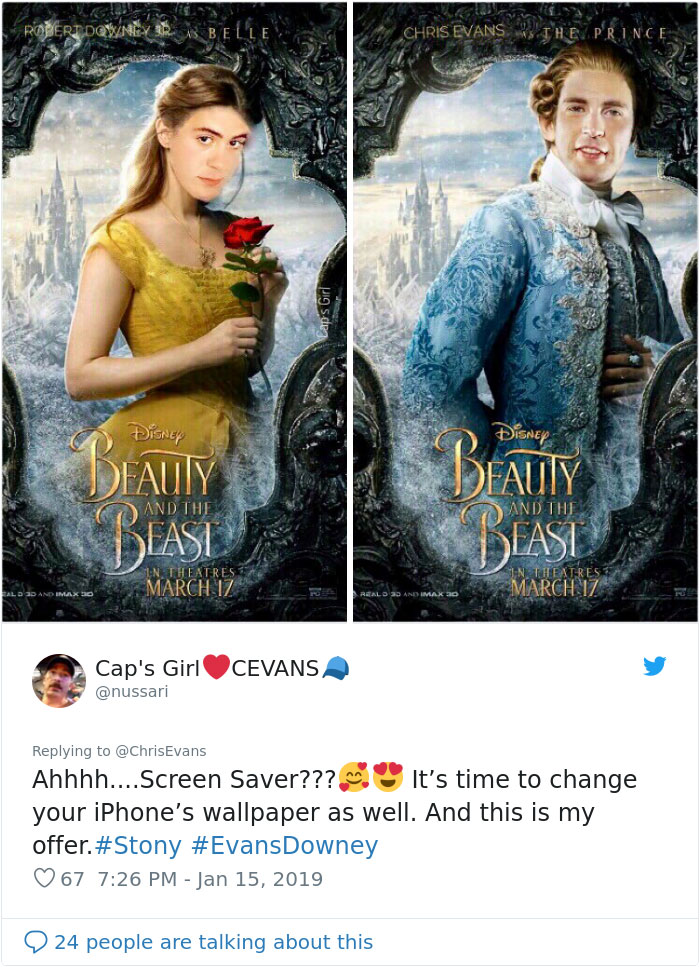