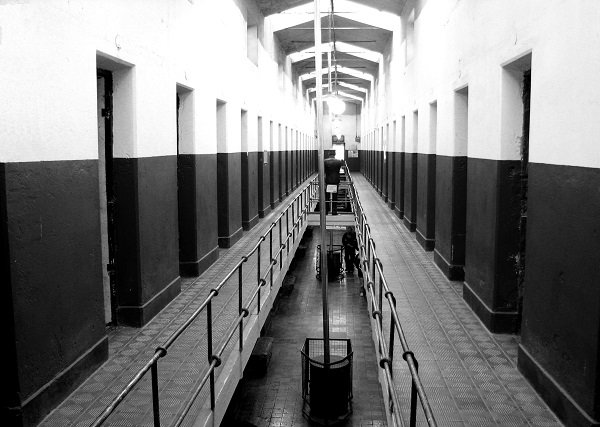 Prison is a place no one ever wants to end up. Despite the fact that there are tons of prisoners who just want to get by, do their time, and leave, there are always those people who want to run the show in one form or another.

Politics among prisoners is nothing new, and neither is the fact that they make weapons on the inside to protect themselves/do damage to others. Here are a few examples of some of the things that prisoners have managed to create out of seemingly nothing. 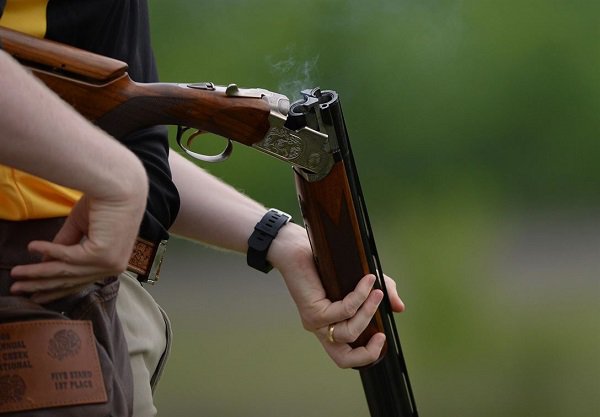 In may of 1984, two prisoners in Germany were able to escape incarceration by taking a guard hostage with their own improvised shotgun. Used to make the gun were: best posts, a charge consisting of lead from curtain tape and a few match heads, AA batteries and a broken light bulb. They weren’t afraid to show everyone that it worked, too, as they let off a few shots at some bullet proof glass on their way out. 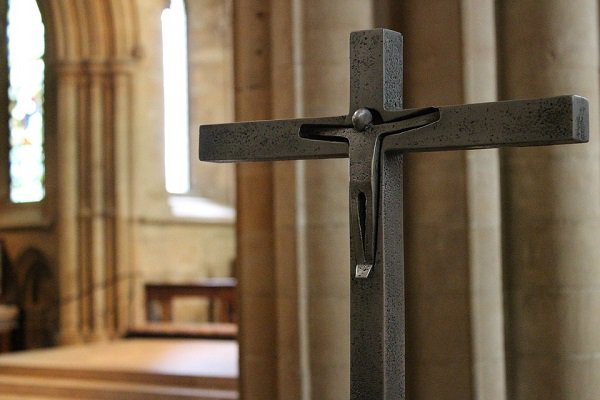 Another innovation of a German prisoner, this weapon was confiscated back in 1994 in Wolfenbüttel prison. It wasn’t uncommon for prisoners to make wooden crucifixes in wood shop, but one particular prisoner managed to attach a long metal blade to the base before sliding a wooden cover over it. To the naked eye, it was just a regular, blunt, crucifix. 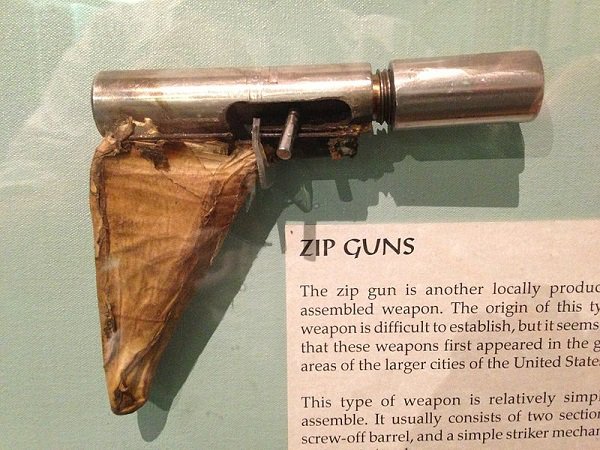 Zip guns are among the most dangerous weapons in a prison. They’e compact, deadly, and can be easily hidden. They also can be taken apart relatively easily and the parts can look very innocent when not together. 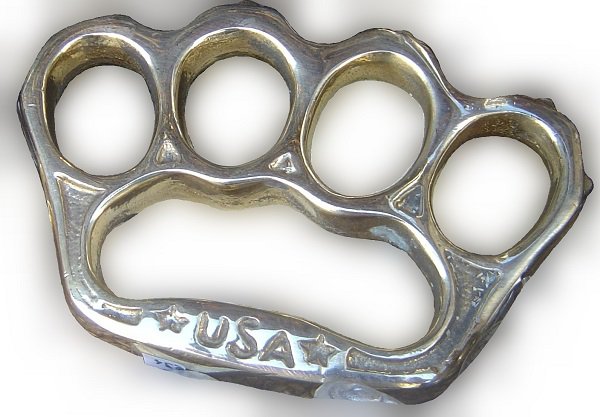 In 1993 a prison found that one of their prisoners had fashioned a pair of ‘improvised brass knuckles’ using some bedding for a grip and a rasp, stolen from a workshop and then bent to lie over knuckles. Imagine getting punched in the face with a rasp! 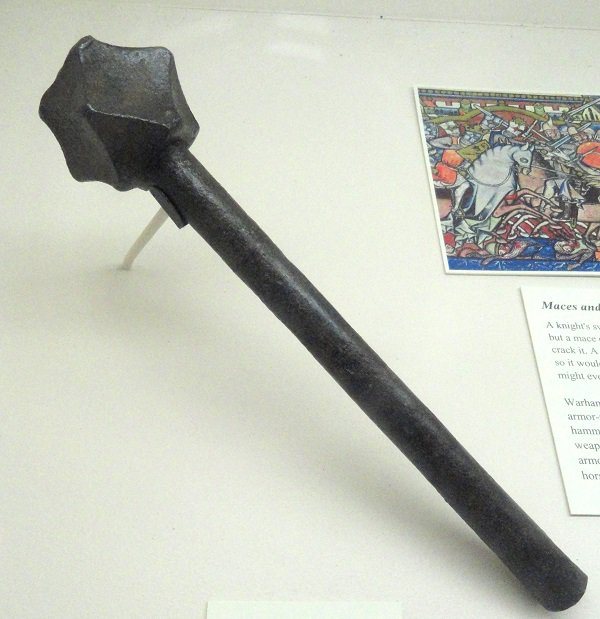 In 1997 a prisoner was found in the possession of a prison-made mace which was fashioned from a piece of pipe with 6 nails sticking out of the top at different angles. 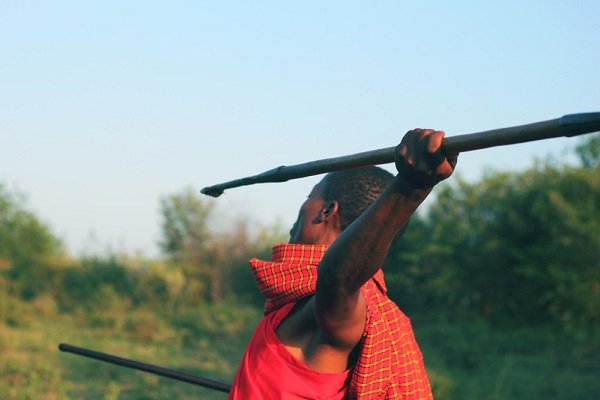 Spears made in prison can be made out of a plethora of things. Most commonly, a spear will consist of rolled up newspapers or magazines that are stiffened up with some cloth. The head can be any sort of shiv attached to the top, or, if a prisoner has the time and methods, a piece of steel cut out of their bunks. 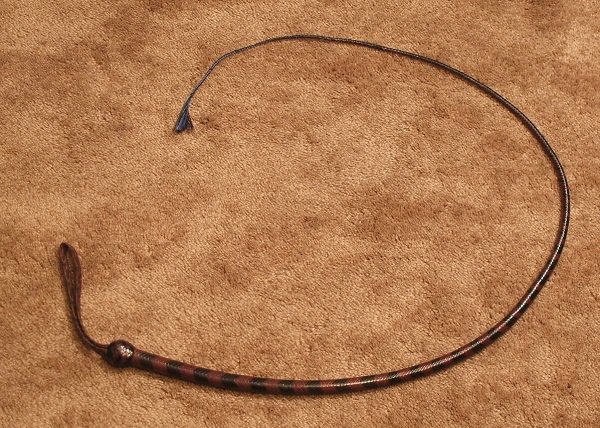 In 1996 a prisoner was found with a hand made weapon known as a razor whip. It consisted of a piece of wood for a handle, some cut bed sheets for the tail, a weight at the end, and several razor blades attached along the entirety of it. 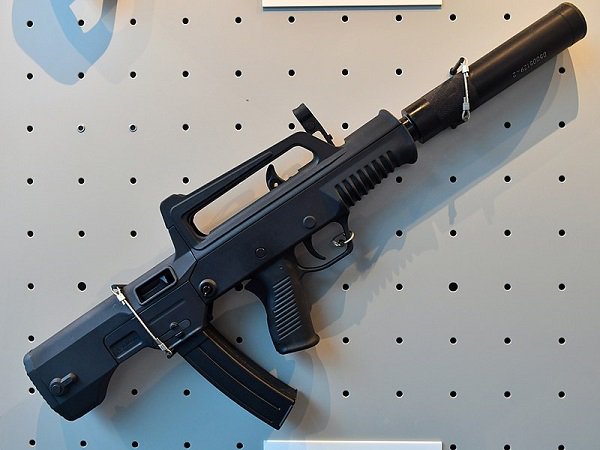 Found in 1994 to be part of a botched escape plan, a prisoner had their own ‘dummy submachine gun’ which was manufactured from a grease injector, tape, a rubber sleeve, and some wood. It is not uncommon for prisoners to create ‘realistic looking weapons’ to intimidate. 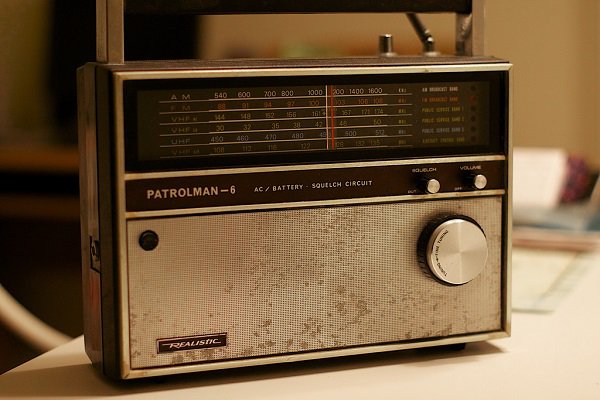 In 1982, a prisoner killed a fellow inmate by convincing him that he was able to fashion a homemade walkie-talkie system via some radios. What he really did was plant some C4 in his radio. He even told the guy to put it close to his head so he could hear. What a bitch. 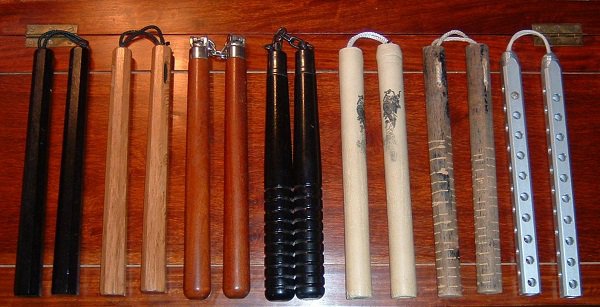 In 2011, a man managed to actually escape prison using an incredible simple weapon- nunchuks made out of two pieces of wood and some bedding. He impressively fought off 12 guards and scaled a fence before being arrested again 2 days later. 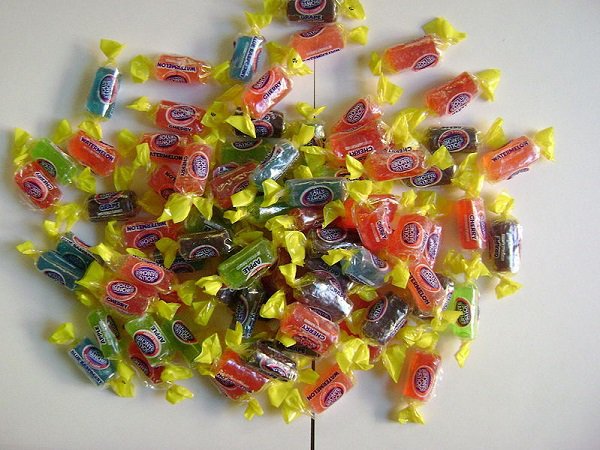 Melting chard candy into shivs is nothing new in the prison world. Prisoners have been known to wrap jolly ranchers in tin foil and then melt them and mold/sharpen them into a weapon. 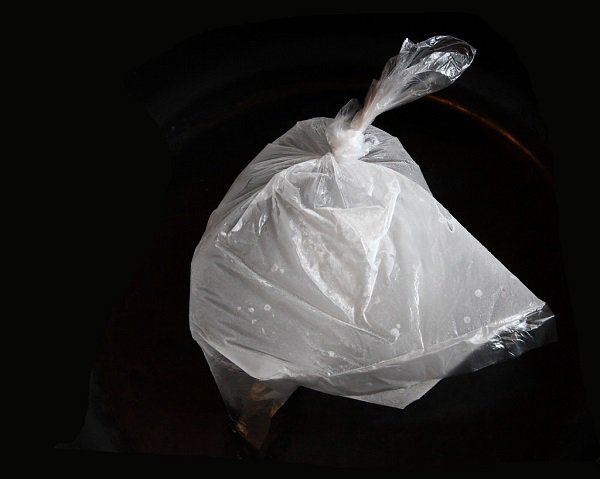 Simple, unassuming, and deadly. A grocery bag can weight anywhere from 20-40 lbs when filled with water. Having that dropped on someone from above can cause some real damage. An instance of this in 2011 saw a man hospitalized with serious injuries. 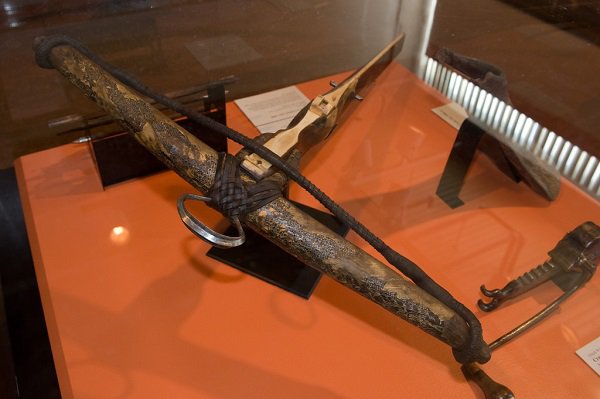 In 1998, Winnipeg guards found a prison-made crossbow that consisted of 10 toothbrushes, lighter parts, tongs, and a coat hanger. Arrows for this weapon were made of tightly rolled paper, Q-tips, tape, and pieces of wire. Smart, but scary.