Puma Rescued From A Zoo Is Just A Big Lazy Home Cat! 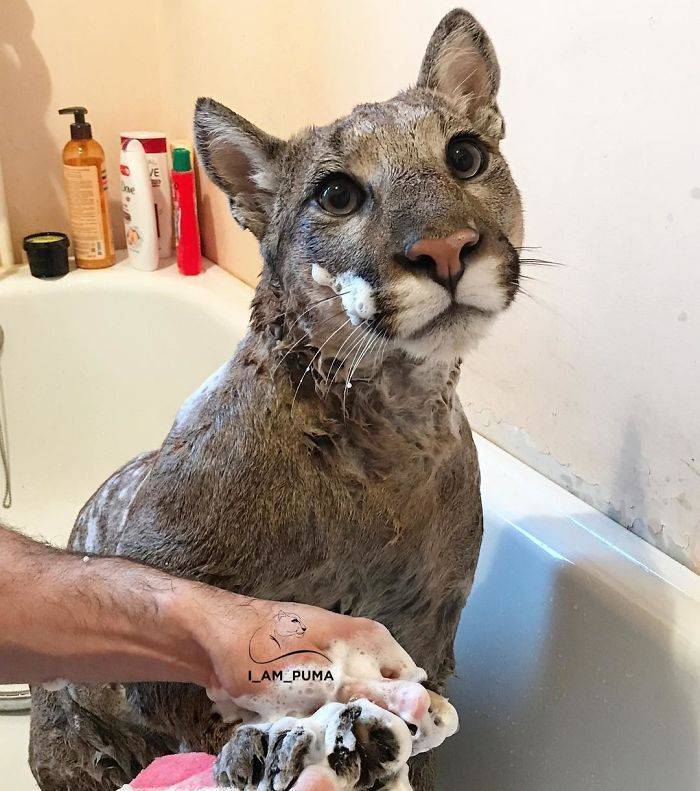 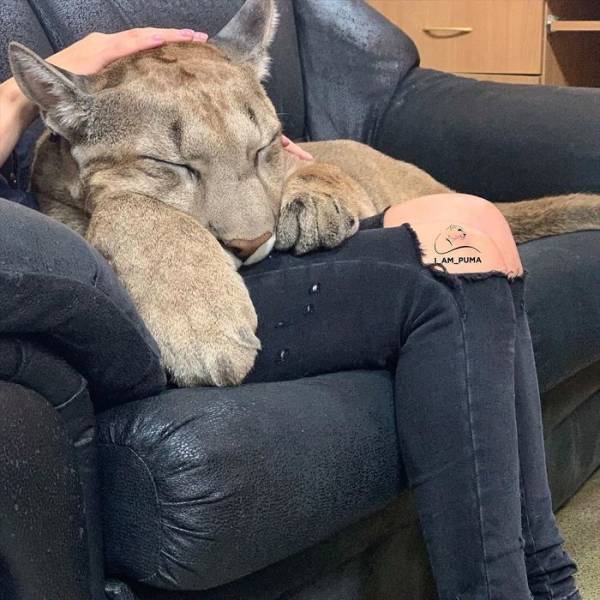 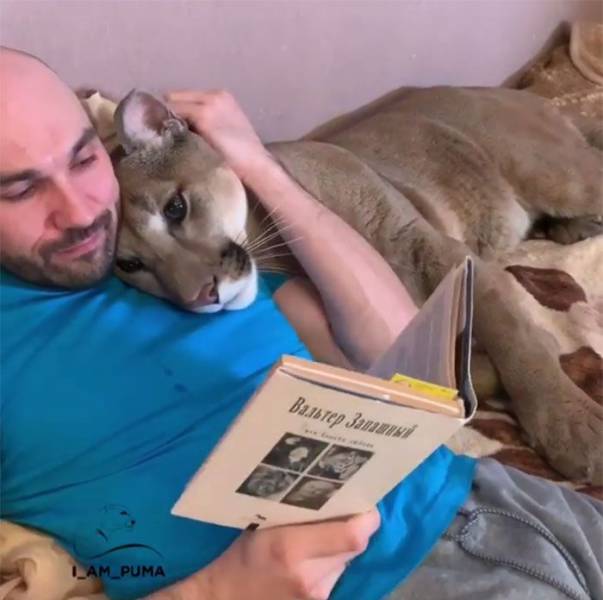 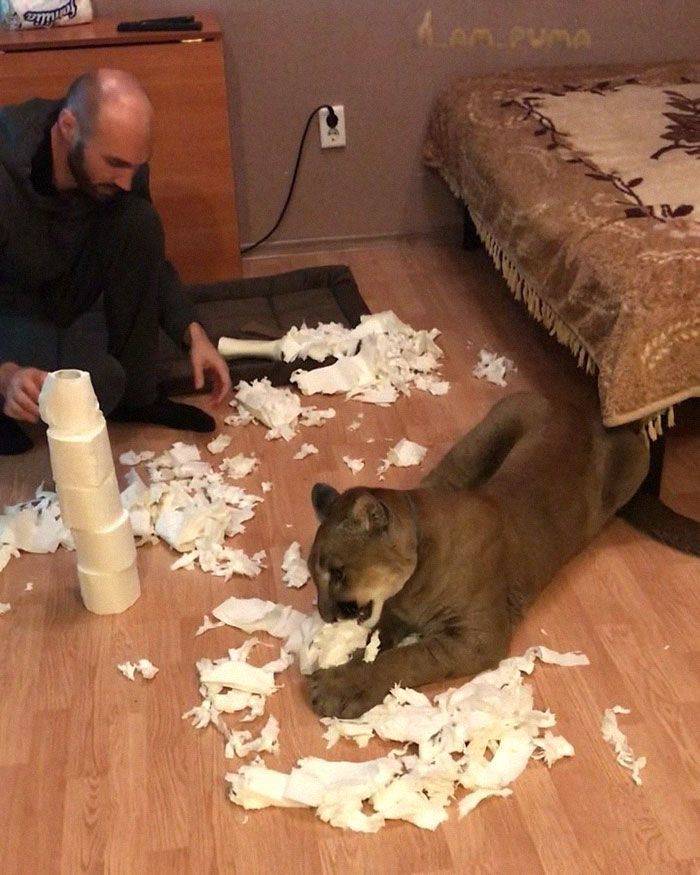 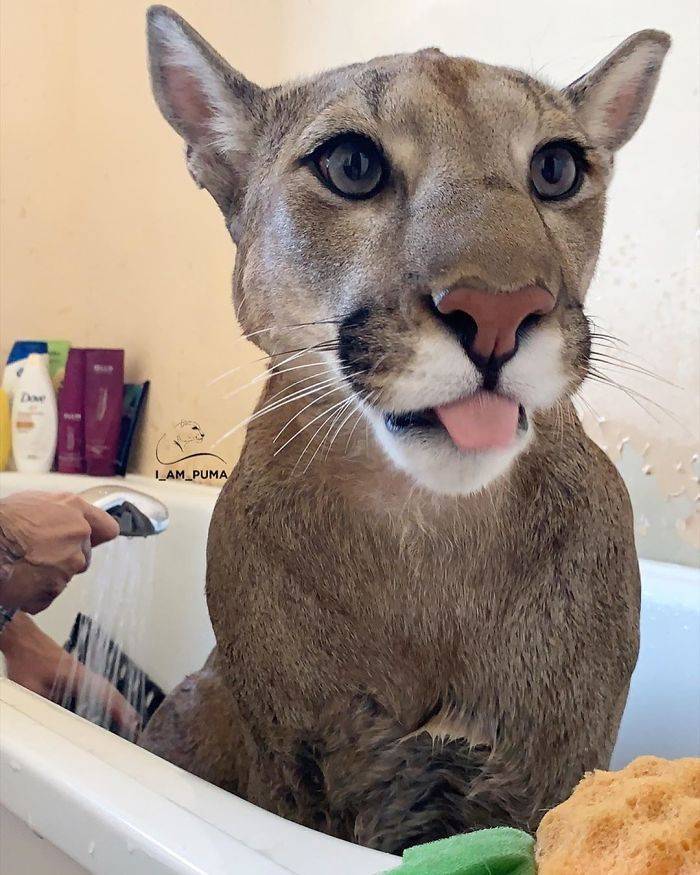 Messi (the big catto, not the talented and celebrated pro footballer) was sold to a petting zoo in Penza when he was just three months old. He was smaller than usual. He had health issues. He couldn’t live in a zoo. Nor could he live in a wildlife sanctuary. And petting zoo staff were thinking of putting Messi to sleep. That’s when Aleksandr and Mariya showed up to save the gentle feline. 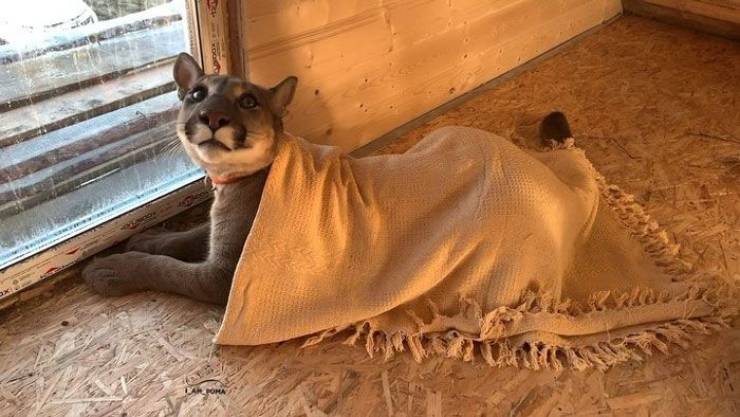 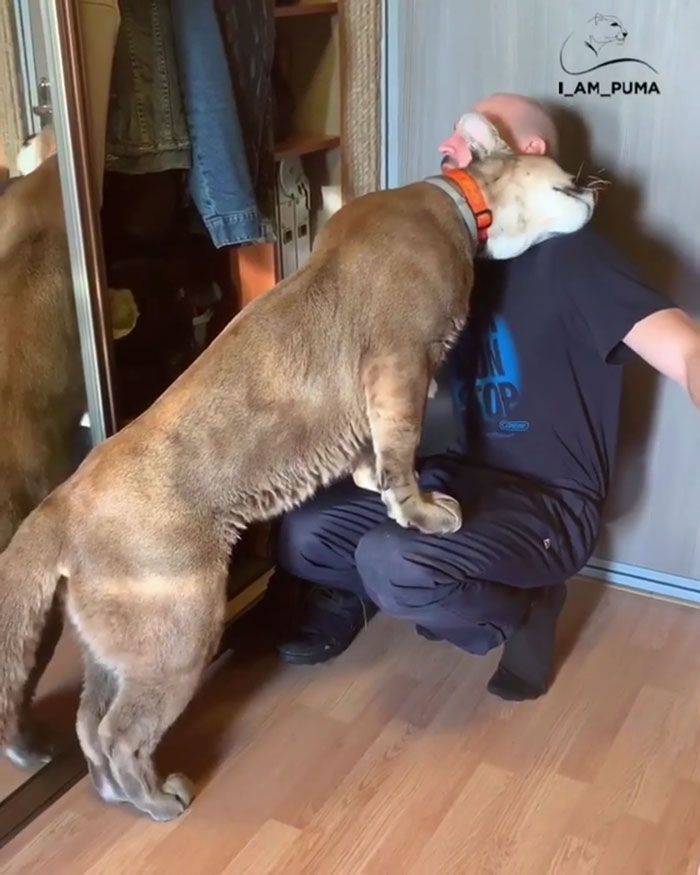 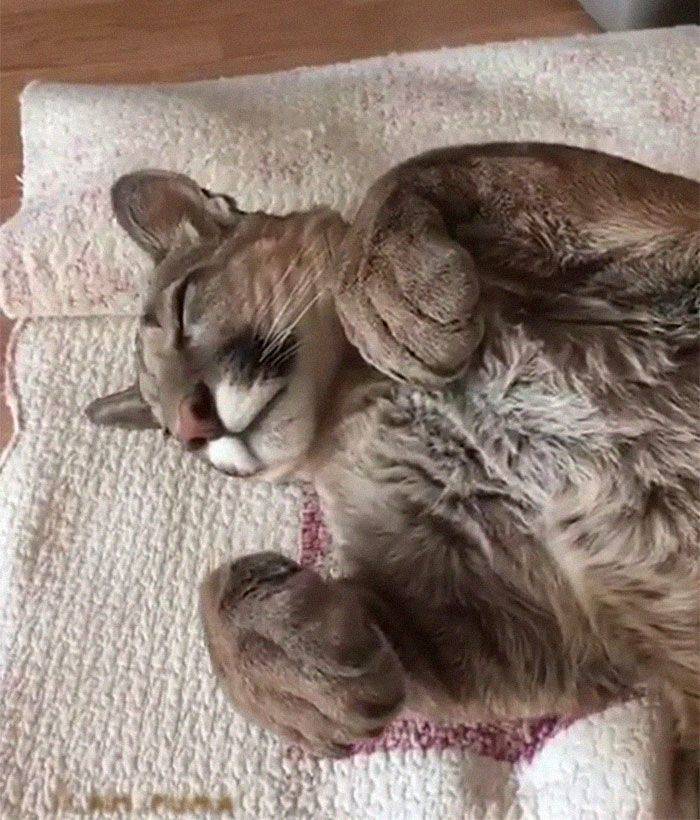 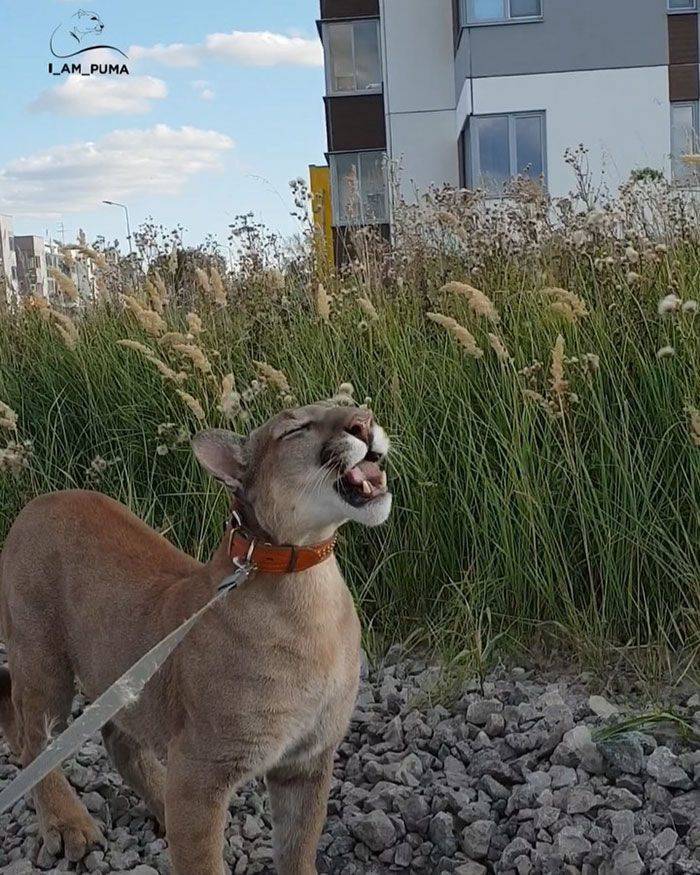 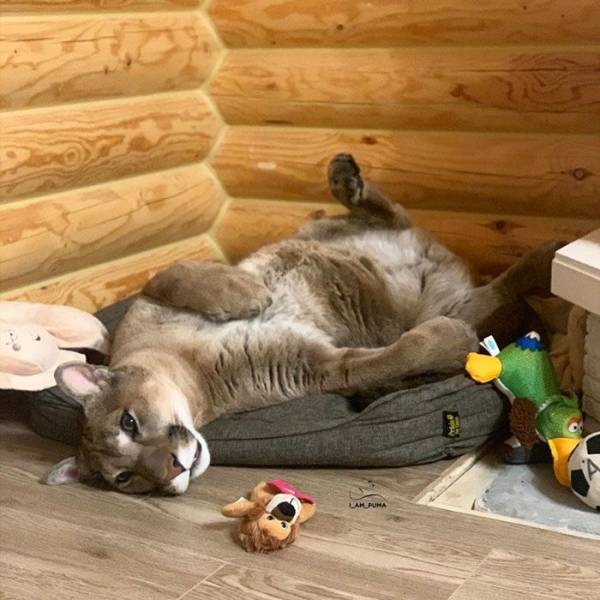 The couple said that when they first saw Messi, they thought it was “love at first sight.” So they bought him after some deep thinking about the ethics and logistics of keeping such a large animal at home. After they brought Messi back with them, they nursed it back to health. Aleksandr and Mariya seem happy with their new addition to their family, but the couple’s cat Kira doesn’t get along with Messi. Perhaps, it’s jealous?

Though his owners call him “kitten,” Messi had to be trained like a doggo 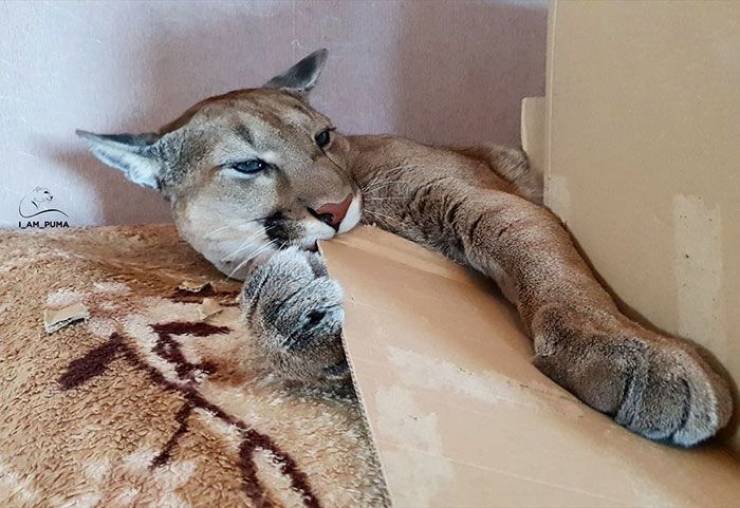 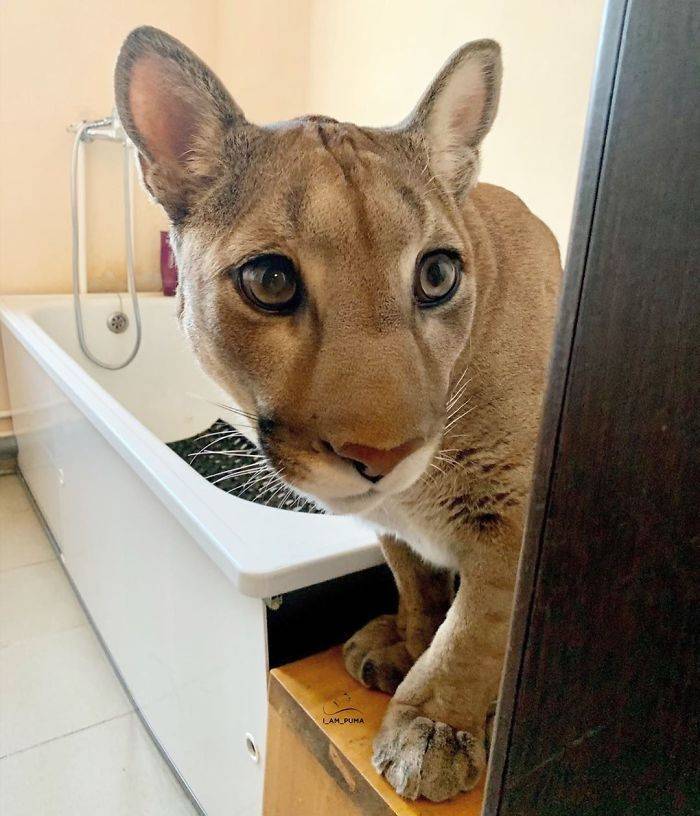 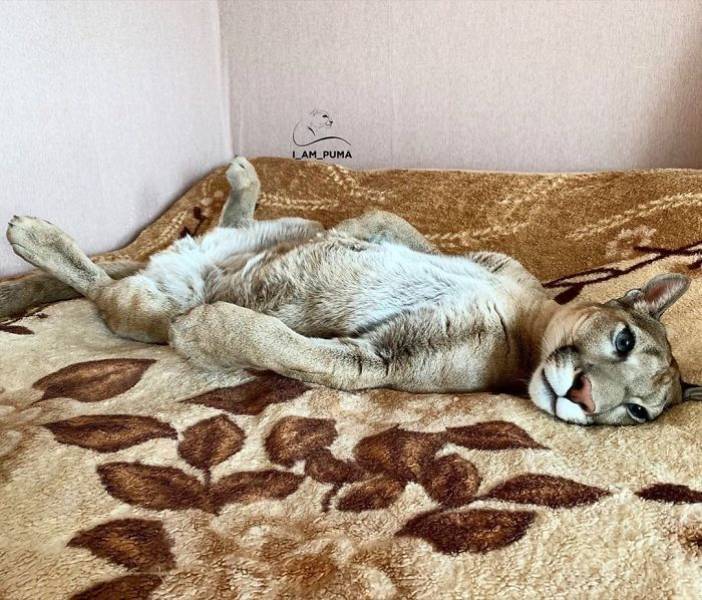 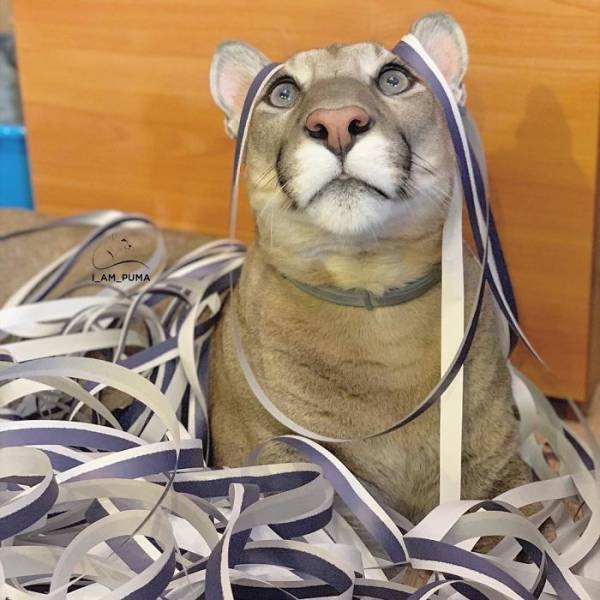 Though Messi’s known as their “kitten,” keeping it is more like taking care of a doggo than a catto. For example, it had to be trained at a dog training facility. What’s more, Messi now knows around 10 commands (though we doubt he can score a goal)! The Dmitrievs take their puma on walks (imagine what their neighbors’ reactions are like), feed it raw beef, chicken, and turkey, and wash it in the bathtub. 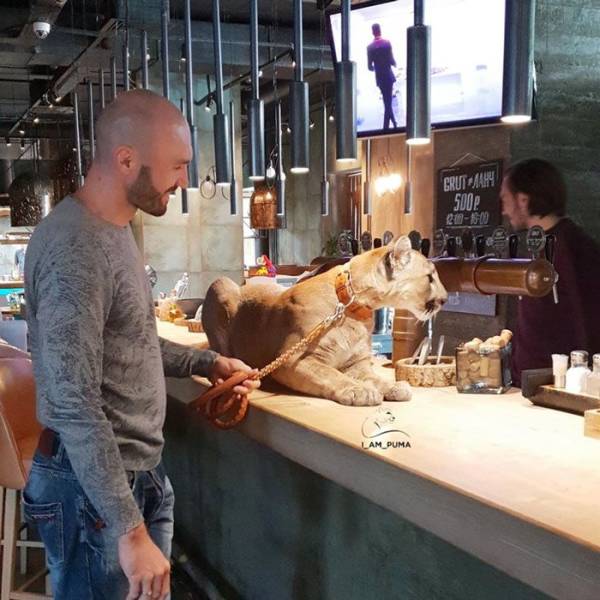 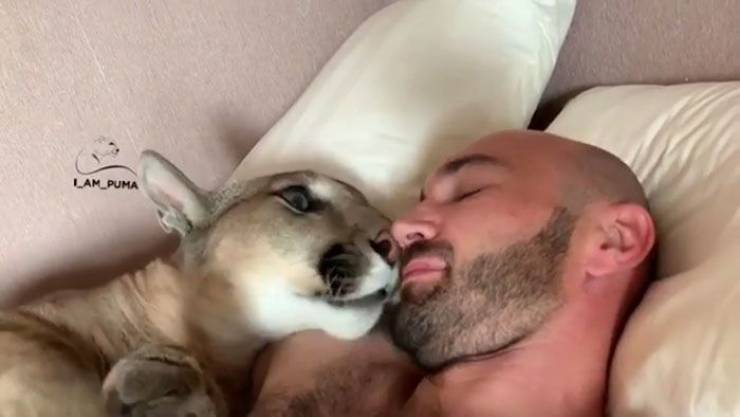 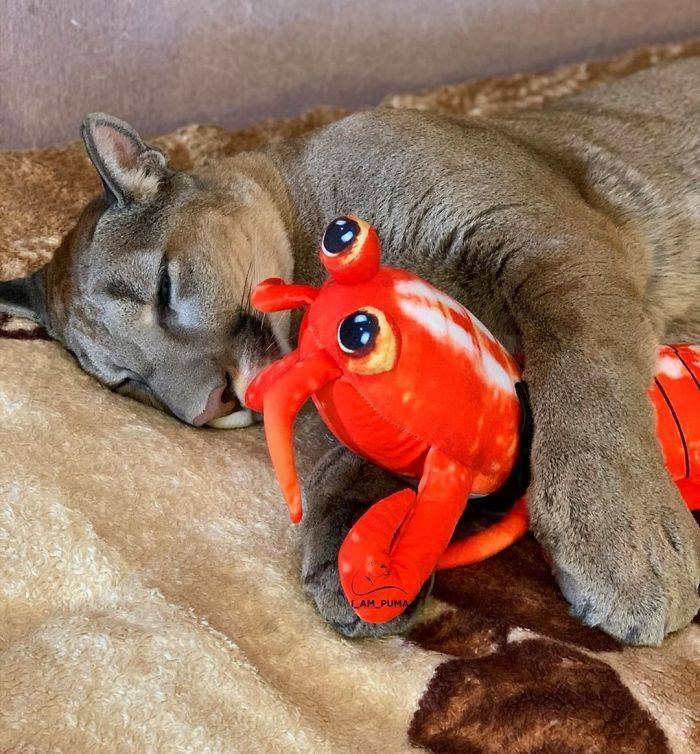 When Messi became famous on the net, lots of people loved how the Dmitrievs took care of him. However, there were some critics. They urged the couple to send the puma to a wildlife sanctuary. But Aleksandr and Mariya state that Messi couldn’t survive in the wild. It should also be noted that the couple don’t, in fact, encourage anyone to domesticate pumas and other big cats: Messi is an exception because he is exceptionally gentle, calm, and sickly.

This particular puma is incredibly gentle and calm 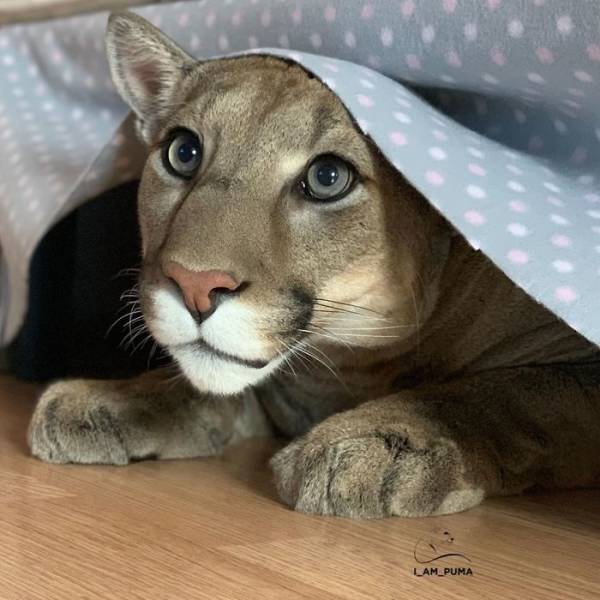 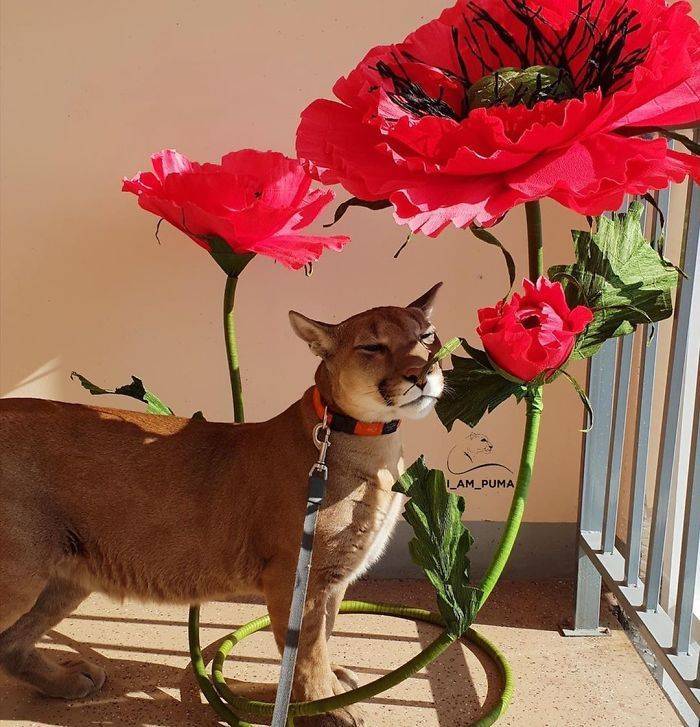 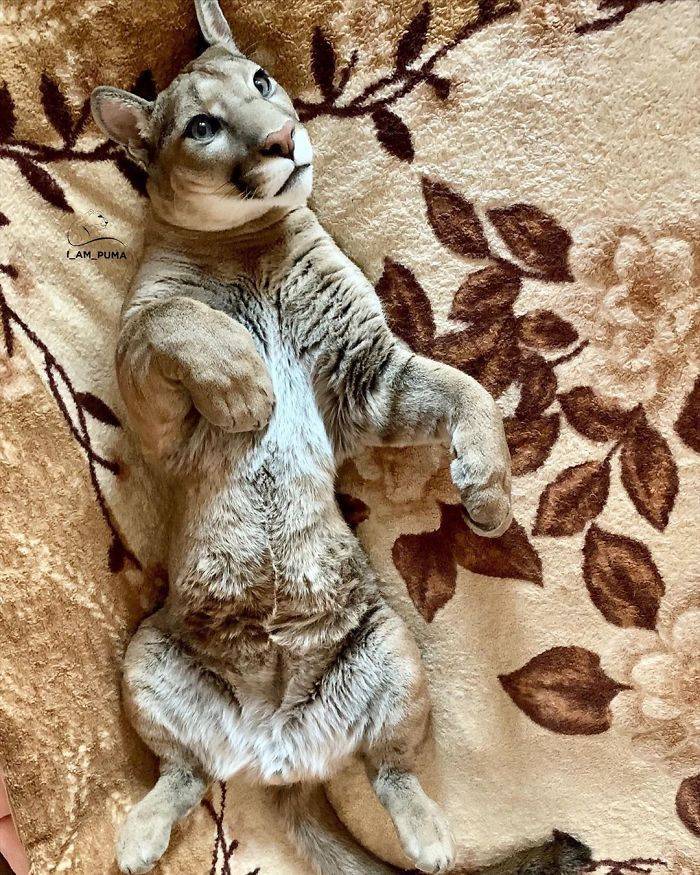 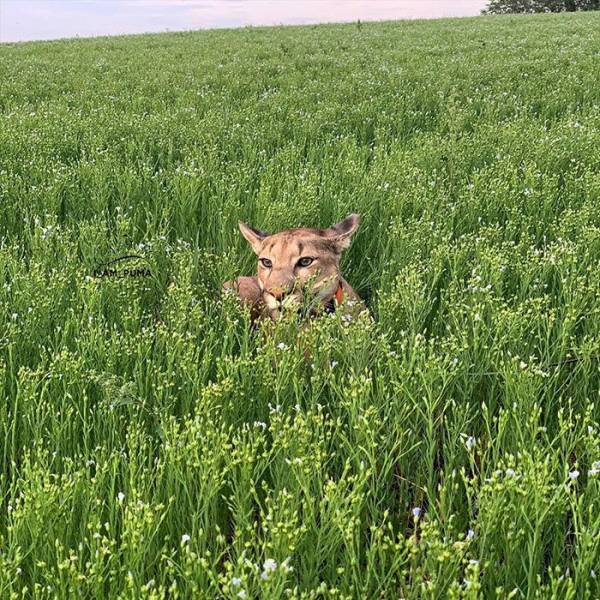 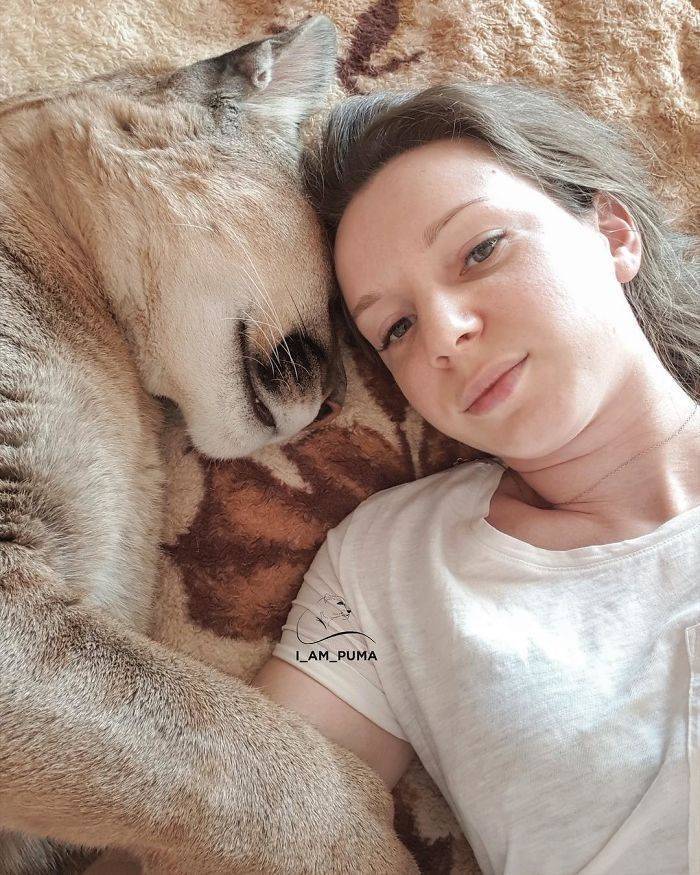 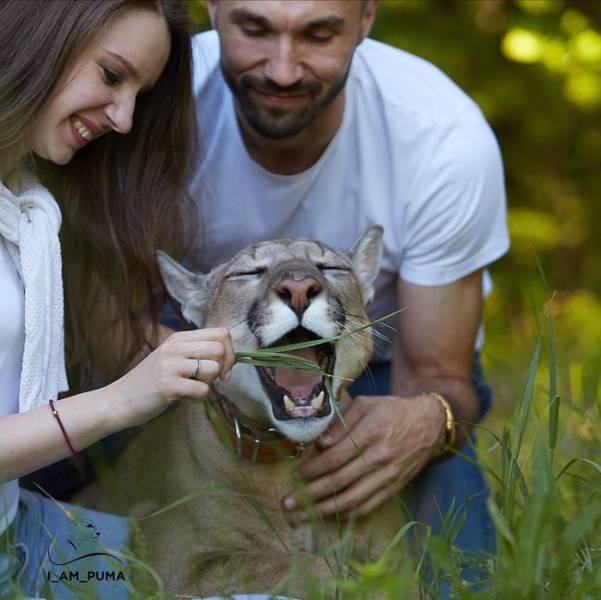 Our cuddlesome Messi is known all over the media as a puma. But did you know that pumas are also known by a whole bunch of other names? Including cougars, red tigers, and mountain lions. But a puma isn’t enough for the Dmitrievs—they have plans to adopt a leopard. Because Messi needs a friend. Might we suggest naming it Ronaldo?

Loading...
Previous 30 Questions That Introverts Clearly Don’t Enjoy
Next There Is A Hope For Shorter Men