Raising Emu Instead Of Chicken Experience 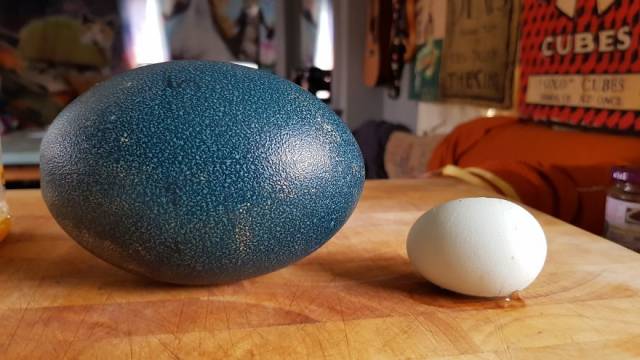 The volume of an emu egg is roughly 14 times that of a regular chicken egg. 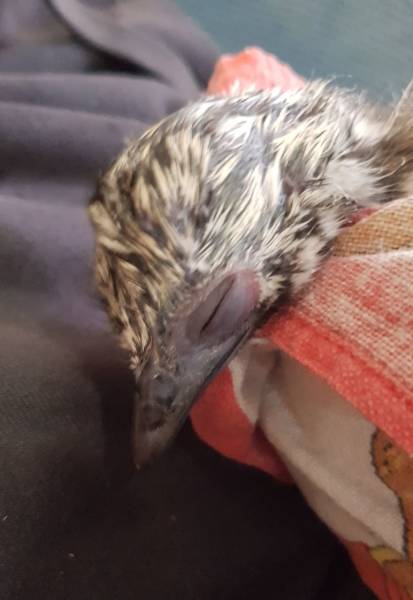 Unfortunately only one of the eggs was fertile. Here is a photo of the only emu that hatched. We didn’t know whether or not she would survive because she was very weak and had to be helped out of her shell.

I can’t help but think that maybe we got the hatching process wrong and maybe it’s our fault we didn’t have two healthy chicks but we tried our best and did plenty of research, at least we got one chick. 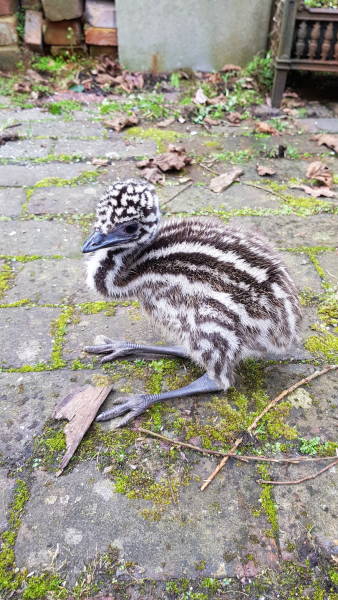 Anyway, a week later and the chick looks much better! We decided to call her Paul shortly before discovering that she is probably a female but the name stuck. 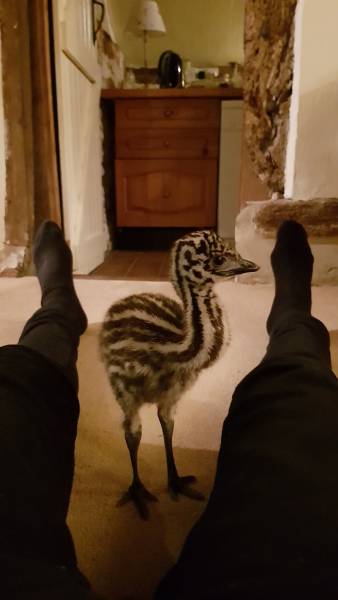 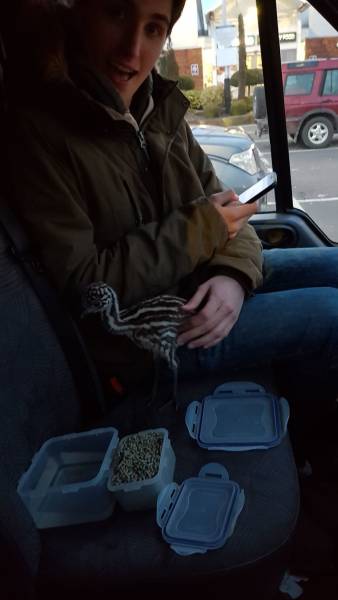 This is about 2 weeks after she hatched. We had to drive down south for a few days but there was no one home to look after Paul so we took her with us. The journey was very messy but was an entertaining one to say the least! 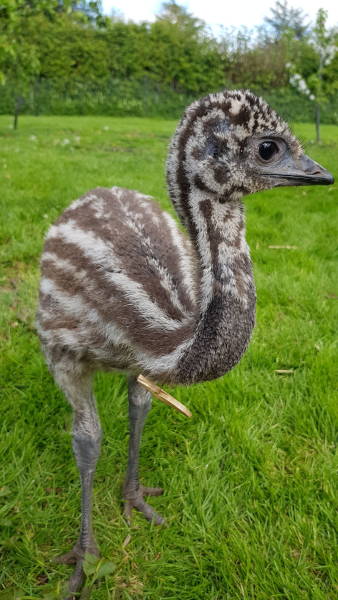 Here Paul is about 6 weeks old, you can see her baby feathers are starting to disappear on her neck and you can just about make out her ear holes now. 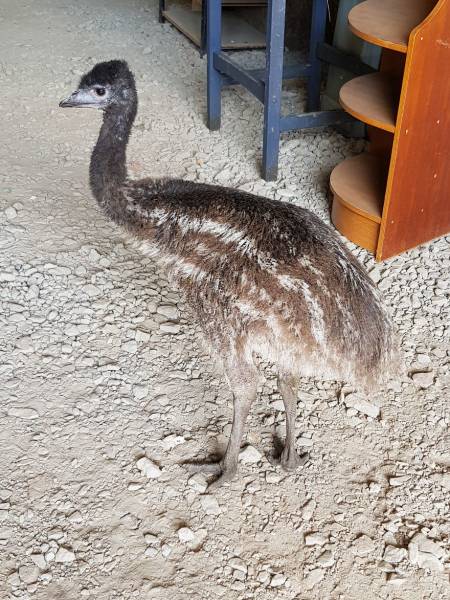 There’s a big jump here because I went back to university for a couple of months. Her lovely stripes have gone off her head and neck and her back feathers are beginning to turn darker. 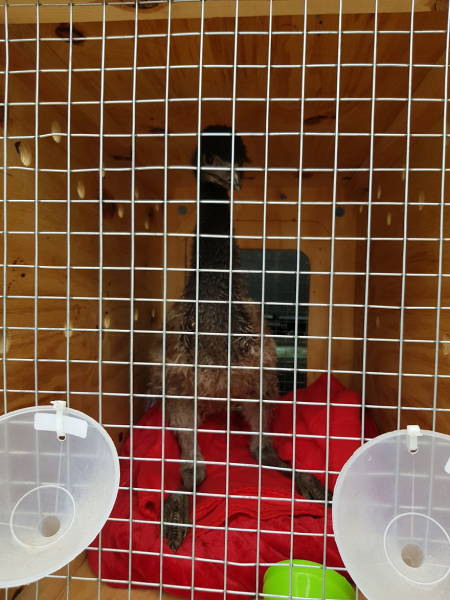 Shortly after the previous photo was taken she got a very bad bacterial infection which she managed to hide from us for a long time.

Suddenly one evening she could hardly walk and wasn’t eating or drinking anything. This photo is from the second time we took her to the vet; the first time we took her we thought she was just a bit worse for wear but luckily one of our local vets used to work with ostriches in South Africa so he knew a fair amount about large birds. Anyway, the vet told us just how bad the situation was and that it was unlikely she would make it. I took this photo because I honestly thought she’d pass away at the vets.

We’re incredibly grateful to our vets, they didn’t charge us a penny for their time, only for the supplies they used, because they enjoyed working with Paul so much. We’re not exactly financially stable at the moment so we were really moved when they gave us the bill. 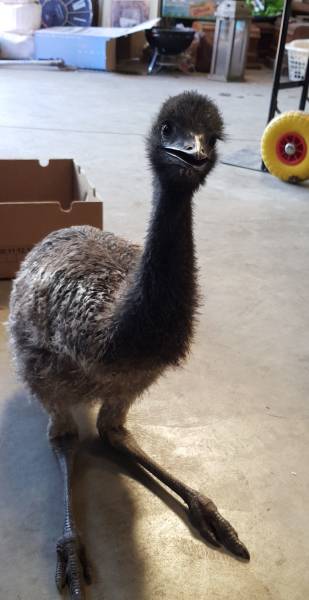 And here she is looking much healthier! It took about 2 weeks for her to get over her illness but she didn’t seem to grow at all in that time. 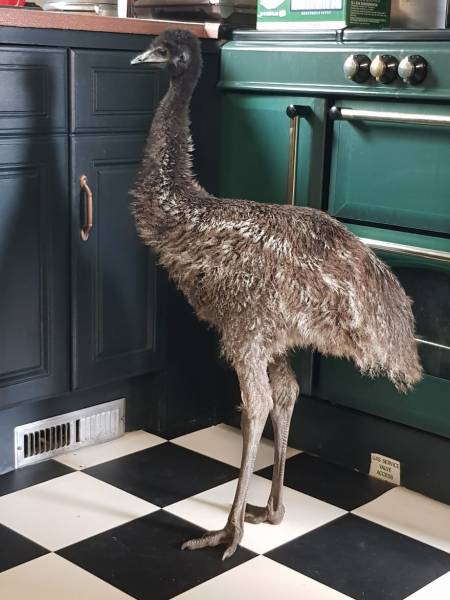 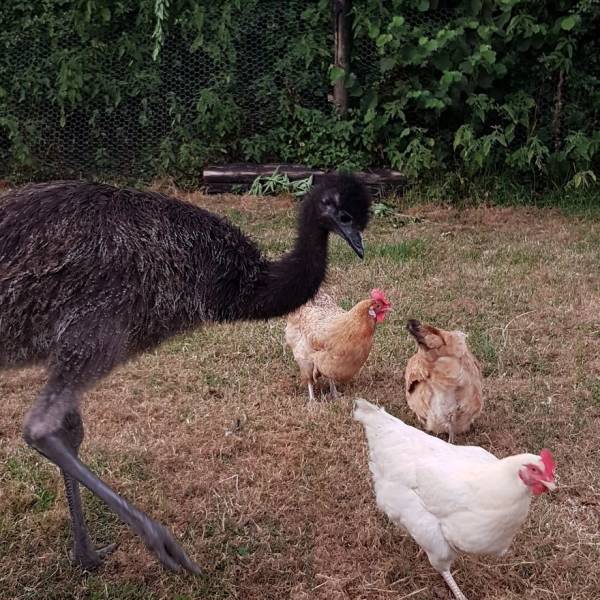 She spends a lot of her days with our chickens. I think she’s probably having an identity crisis – not sure if she’s a chicken, a dog, or a person. 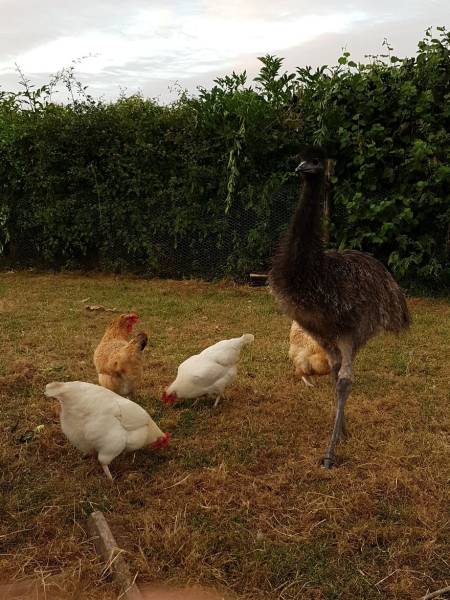 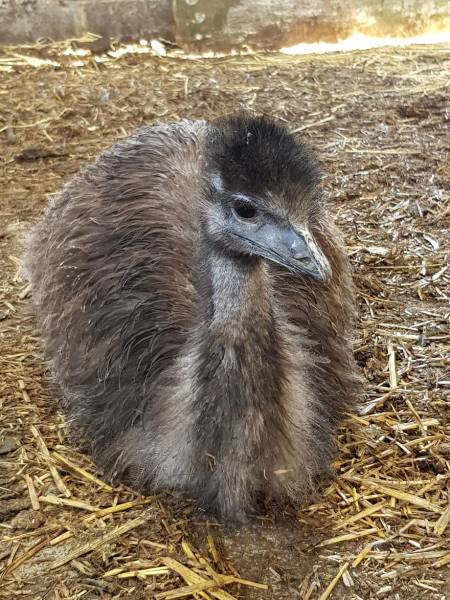 Present day – you can see that her head and neck are beginning to turn blue. She’s almost at her largest now but will keep growing for another year still.