There IS A Reason Why They Call A “Bearcat”

This, ladies and gentlemen, is a Binturong. Otherwise known as a “Bearcat”. Rightfully so- this adorable yet intimidating creature has the body of a small bear yet the face of a large cat. Ever heard of them before? Me neither. These things are classified as “Vulnerable” and are almost never seen in the wild these days. However, when they are seen in the wild, it’s in the tropical rainforests of Southeast Asia. 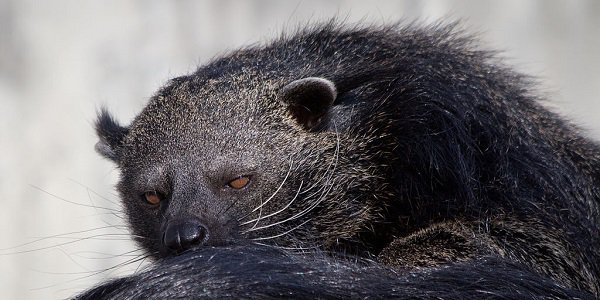 These guys can grow to be 3 feet long (not including the tail, but if you do then double it) and can weight upwards of 50 pounds. 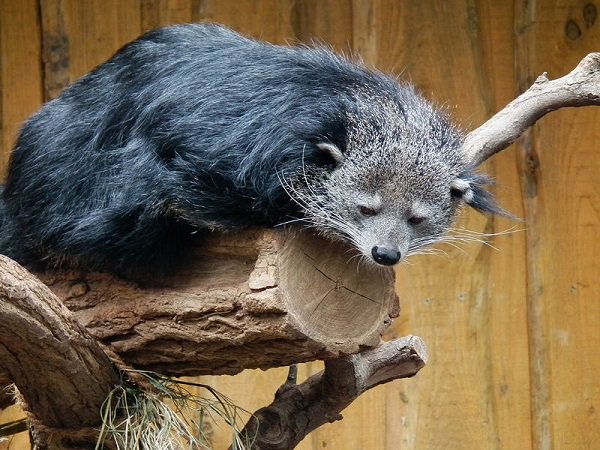 These guys can grow to be 3 feet long (not including the tail, but if you do then double it) and can weight upwards of 50 pounds.

Like a cat, the Binturong enjoys a good bit of play time! 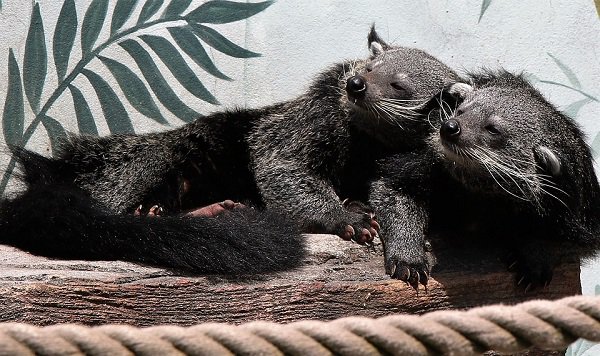 Despite the clever name and similar appearance, the Binturong has no relation whatsoever to neither bears nor cats. They belong to the Viverridae family of small to medium sized mammals. 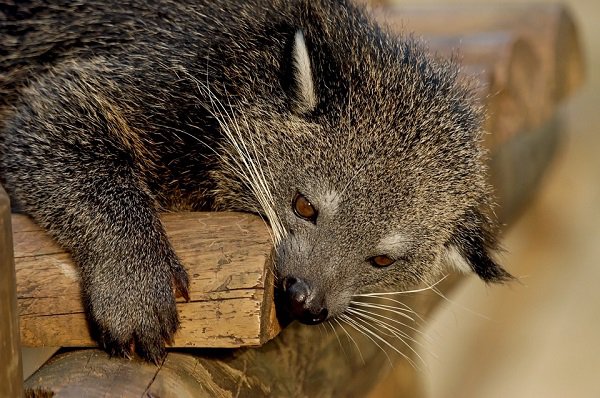 The name “Binturong” derives from a language that no longer exists- this means that people have no clue what it could possibly mean.

While Bearcats do eat meat on occasion, their diets mainly consist of fruits and leaves. In captivity, their favourite snacks are grapes. 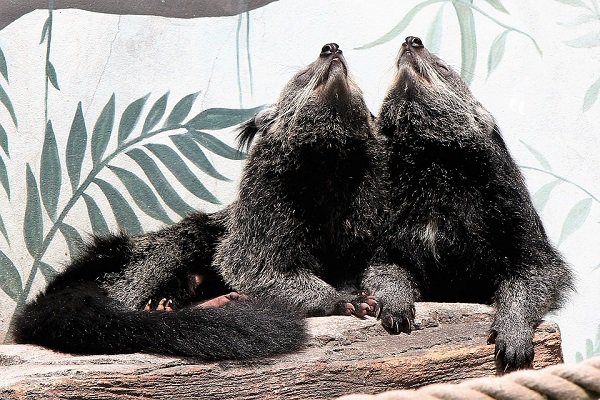 They smell like popcorn and butter. No joke- scent glands found under their tails release a scent that is eerily similar to our favourite movie treat. 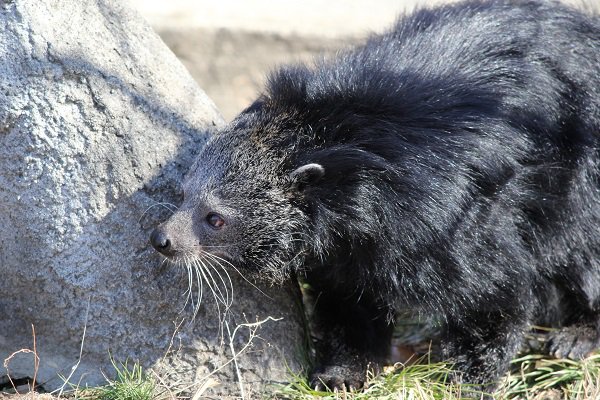 Binturongs make a wide variety of noises to communicate in the wild. These noises include: a growl, a high pitched screetch, a weird chuckle/laugh, hissing, and grunts.

These creatures prefer to spend the majority of their time high up in the trees, choosing to rarely come down. They are incredible climbers, but due to their massive size, in order to get from one tree to another requires them climbing down from one tree and walking to another. 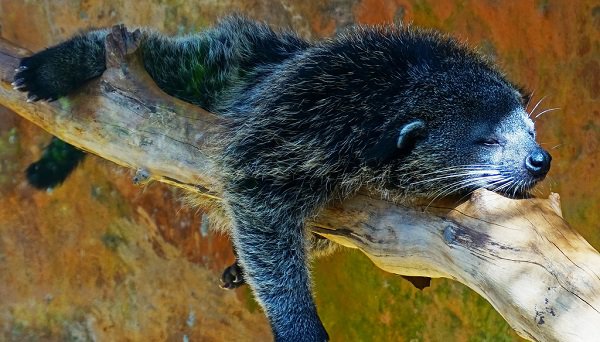 They use their tails to help them climb. Evolution was kind to these guys, giving them a leathery patch at the end of their tails for better grip. They even wrap their tales around branches for security when they sleep! 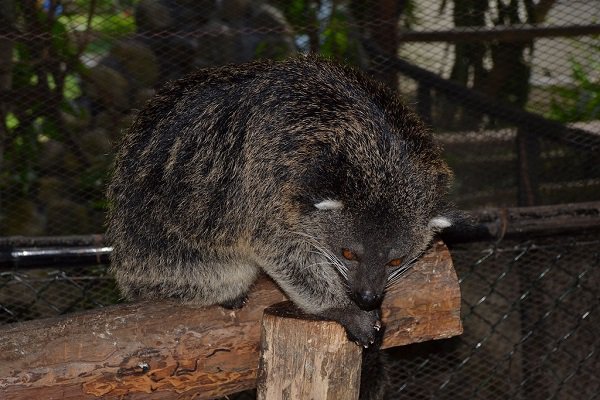 They walk like humans and bears do- flat footed.

In the wild, Binturongs can live up to around 20 years of age. In captivity, this is prolonged by up to several years. 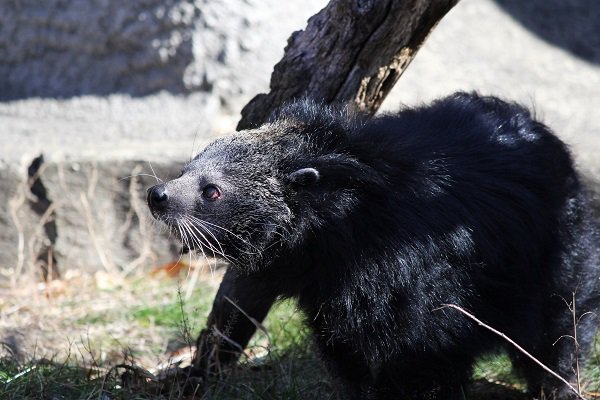 They have the ability to completely turn their ankles backwards, which allow them to climb down trees head first with no problems. 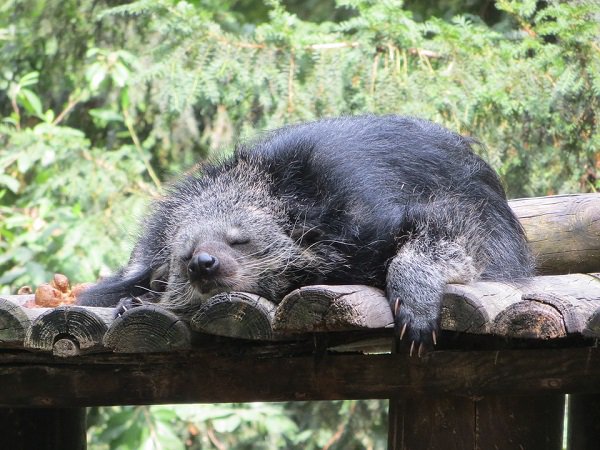 In the wild, their biggest threats come in the form of tigers and snakes. However, it’s been people that have caused their population to dwindle so heavily. They’ve been hunted for meat, fur, and illegal pet trading.