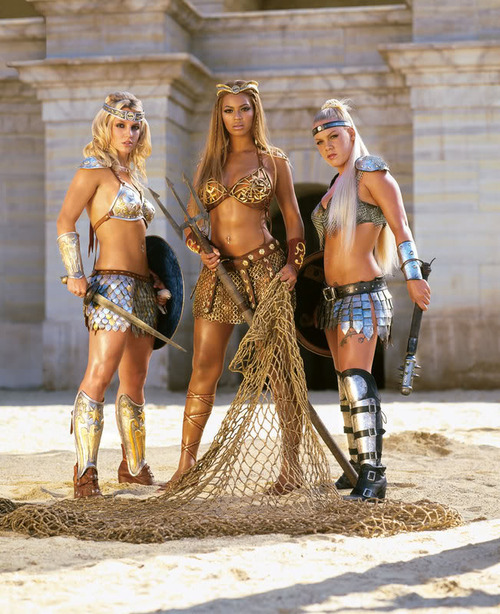 Beyoncé made a new Pepsi commercial, but she already made her best commercial with them back in 2004.

1. There is the fantastic setting of Ancient Rome.

2. There is a fierce, battle ready Beyoncé…

…that is out for blood!

Although, Britney does have look like she just realized she is going to be the first one to die.

7. The “girl power” moment when they decide not to fight each other and unite against the emperor.

8. Beyoncé, Pink and Britney breakout into Queen’s “We Will Rock You” and…

9. …they get the entire Colosseum to sing along.