Rescue workers save a trapped and exhausted horse 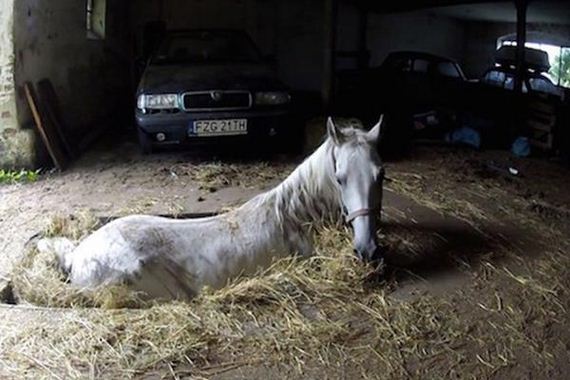 When arriving to his barn one morning, a Polish farmer, who has cared for horses for more than a decade, discovered one of his mares had broken through her fence and found herself in a frustrating predicament. The covering of a hole in the garage floor, meant for use while working on cars, crumbled under her weight leaving her trapped. 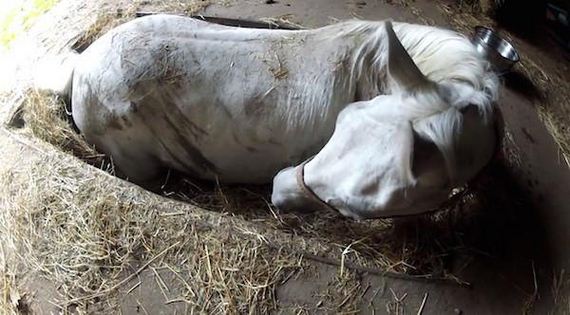 It just so happened that her body and her legs fit perfectly into the hole, leaving very little room to spare. 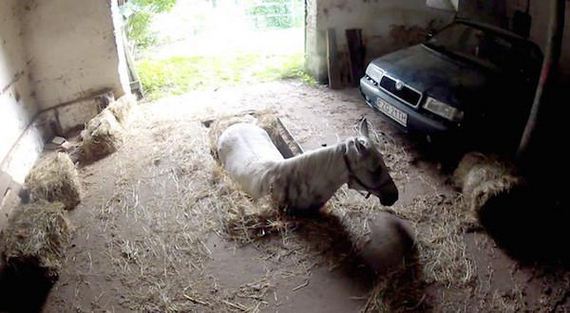 The farmer attempted to fill the space with enough hay to hopefully give her a boost out, but it sadly didn’t do that trick. 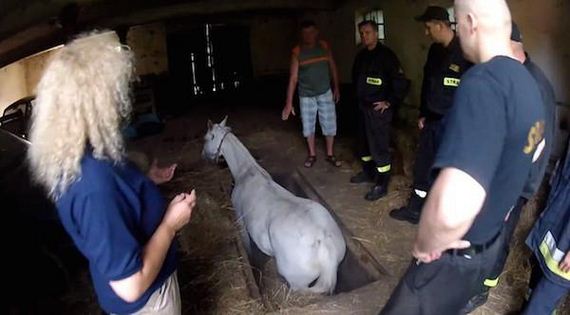 The next morning, he called on the assistance of his local fire department. 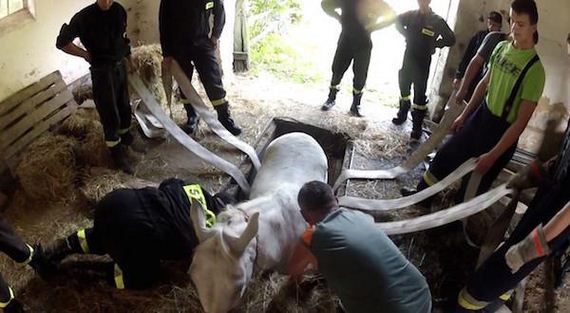 They had the idea to run fire hoses underneath her in an attempt to hoist her out.

After a few attempts, the anxious mare couldn’t help but sit down in exhaustion. 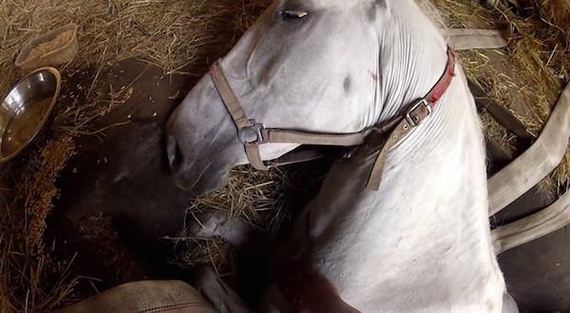 Completely drained, the farmer says he attempted to life her spirits by petting her and repeating “Don’t die, don’t die…” 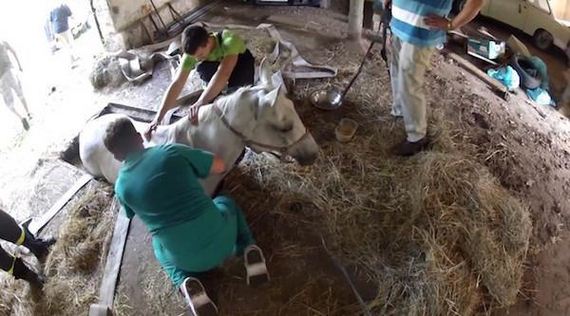 Soon, her spirits raised again as a veterinarian arrived to lend his expertise to the efforts. 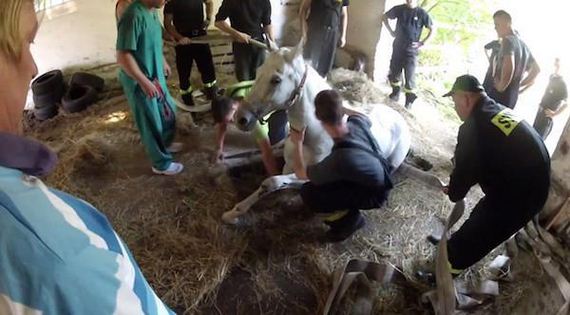 They slowly managed to get one hoof free… 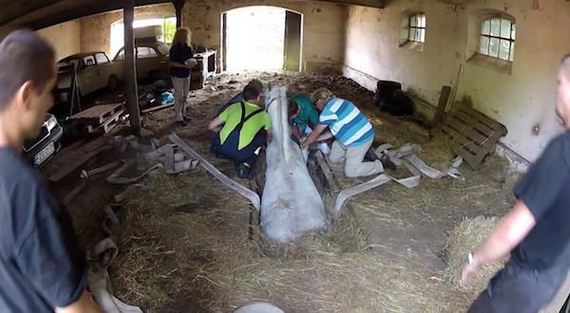 Then the other, also adding in more and more hay as they went along.

Wrapping her rump with one of the hoses, they were finally successful in freeing the poor mare.