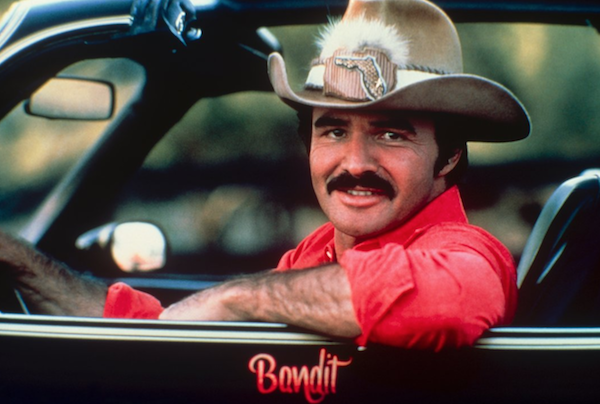 The great Burt Reynolds died after going into cardiac arrest on Thursday, September 6. He was 82.

Reynolds was a rare actor who could play a total badass without ever taking the role too seriously. He made campy cool in Cannonball Run. Yet he could also carry the weight of a disturbingly serious film like Deliverance. He was the perfect man’s man lead in the ’70s and ’80s (see: Smokey and the Bandit), and the perfect tell-it-like-it-is, slightly perverted, satire-of-old-Hollywood-types figure from the ’90s until now (see: Boogie Nights).

He acted in almost 200 films in his career, racked up a ton of People’s Choice Awards, and was the highest grossing actor for most of the late ’70s.

People from all over the industry remembered Reynolds in heartfelt tributes online. 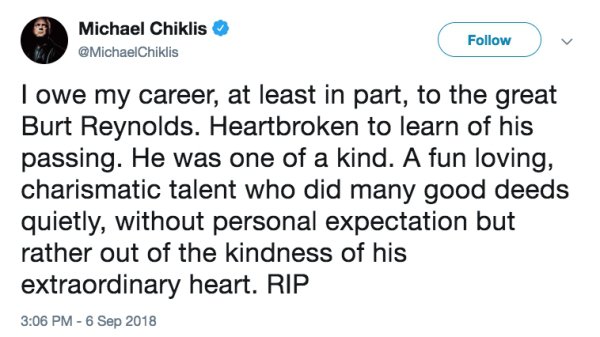 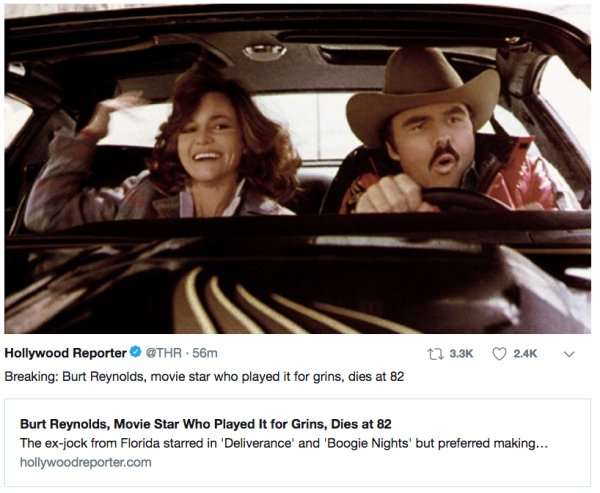 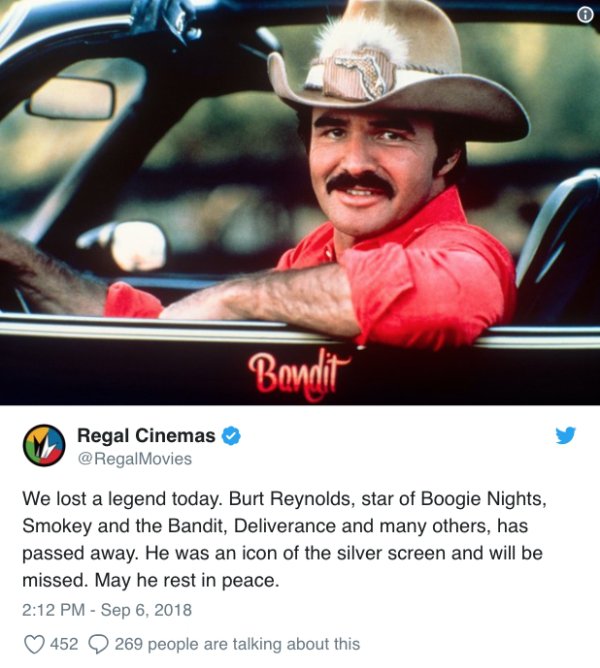 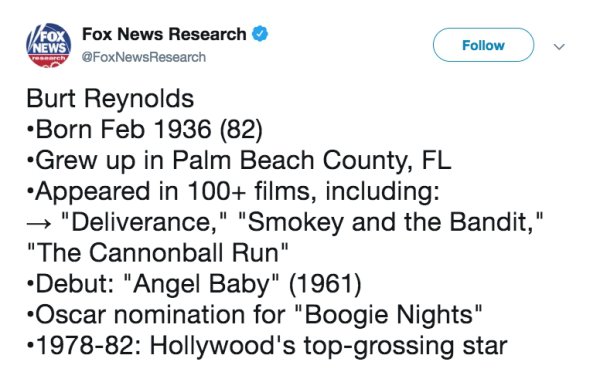 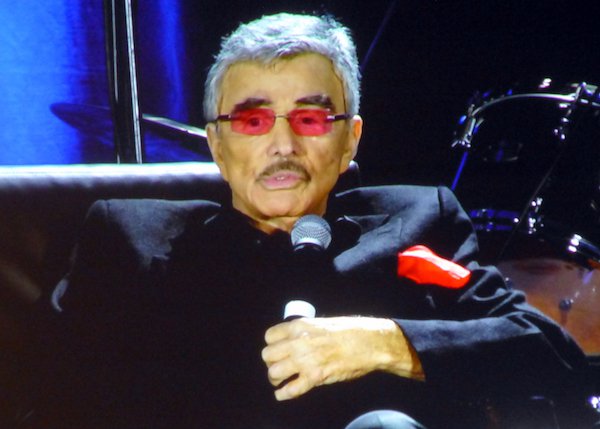