Homelessness is one of those topics that’s not easy to approach from any angle. But if the San Diego-based Nomad Donuts has anything to say about it, it’s that we need to treat people like people, plain and simple.

This story started with a one-star Yelp review for Nomad Donuts, which reads as follows:

Now, the owner of Nomad Donuts, Brad Keiller, could have responded to this review in a number of ways. And the way he chose to do it was to make a plea for compassion, and maybe just maybe get to know the man outside (his name is Ray). 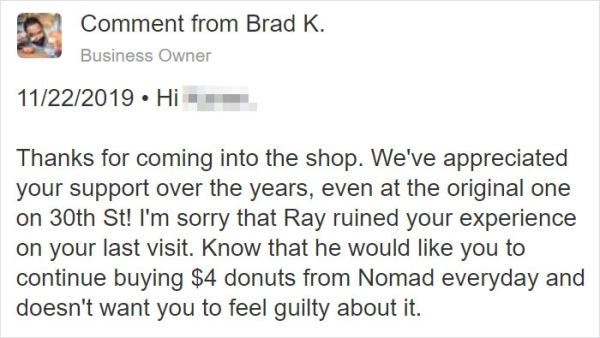 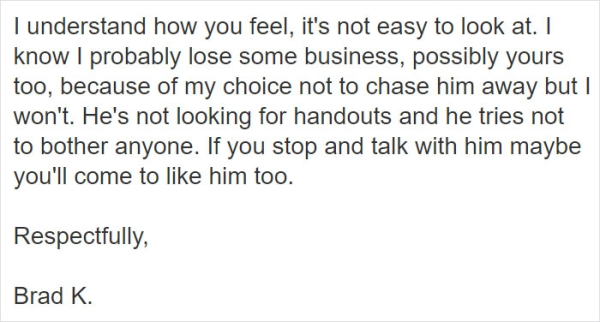 It is the most thoughtful response I could possibly imagine to a one-star review that dismisses the basic humanity of Ray, and folks on Reddit agreed: